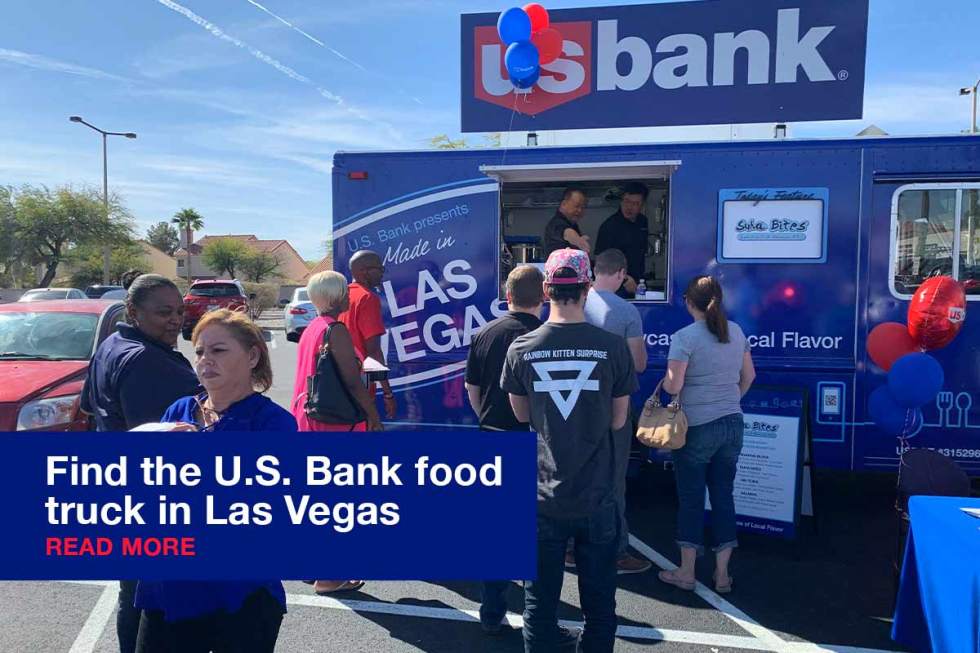 Candice “Candi” Gaiters fell in love with baking as a child, working alongside her mother in the family kitchen and taking every cake decorating class she could find. She kept baking even after she graduated college and started work as an administrative assistant, getting rave reviews from her co-workers for the confections she brought into the office.

But it wasn’t until her husband, Chris, retired from the Air Force and she knew they could finally set down roots that she began to seriously consider turning her passion for baking into a business. Together, they opened Candi’s Cake Stand in 2017 as a mobile bakery catering events in Southern Nevada, and they recently signed a lease for their first location in Henderson.

“We just started our family, and we really want to have something that’s ours that we can leave as a legacy to pass along to our kids,” said Chris, who handles the business and marketing side of Candi’s while his wife focuses on the cupcakes and layered cakes. “There’s nothing like having that brick and mortar location so we can interact with people face to face and really establish ourselves in the community.”

Candi’s is one of several small business restaurants featured in U.S. Bank’s food truck, which is touring bank branches and community events throughout Southern Nevada from now through the New Year. (To catch the U.S. Bank food truck in the Vegas area in the next couple of weeks, check out the schedule here)

The food truck showcases the bank’s recently rebuilt mobile app, available in both English and Spanish, while also offering free food from up-and-coming and established local restaurants that have been funded by U.S. Bank. Other restaurants that will be featured include Manila BBQ, SuHa Bites Sushiburrito & Hawaiian BBQ, Viva El Taco Express and Lucy’s Waffles & Ice Cream.

Jessica Davis opened Lucy’s Waffles & Ice Cream in Spring Valley about a year ago, betting on the concept that breakfast can also be dessert. Her menu features sweet-tooth pleasers like Belgian waffles topped with cotton candy ice cream, fruity pebbles and raspberry syrup or savory options like bacon and eggs baked inside a waffle. She now employs 10 people, and recently purchased a trailer to expand into catering and mobile events.

Davis, a self-described “serial entrepreneur,” banked with U.S. Bank for years as a real estate investor and for other ventures, and the bank was her first choice when she decided to go into the restaurant business.

“U.S. Bank really understands small businesses,” Davis said. “Small businesses are a really different animal  – sometimes you have a lot of money, and sometimes you don’t — depending on the timing of your payments. It’s really important to have a trusted partner who knows your business and can work with you.”

For the Gaiters, they decided to get funding from U.S. Bank because it had the lowest rates of any nearby banks they researched. Nearly two years later, they now also appreciate the deep relationship they’ve built with the team in the Green Valley branch. Chris credits the manager with walking them through cash flow management strategies, and for everyone at the bank “caring about us as people and as business owners and what we want, rather than trying to up-sell us” on services they don’t need.

Some of the vendors featured in the U.S. Bank food truck already run their own trucks, and for others it’s a new experience that gives them the opportunity to try out a concept they’ve long considered. Jackie Lee opened SuHa Bites last year with his dad, who has worked in kitchens since he was a 13-year-old in Hong Kong and has owned several restaurants in Vegas. They’ve never served from a food truck before, though, and Lee is eager to see how his menu works in the high-volume, fast-paced environment.

“We’ve had several Chinese restaurants over the past few years, but we opened SuHa Bites because we wanted a new challenge. Our family loves sushi, and the idea of making it more accessible to people through sushi burritos and poke bowls was really appealing,” Lee said. “A food truck will be new for us, but this is a great way for us to be able to try it out and let more people experience our food.”