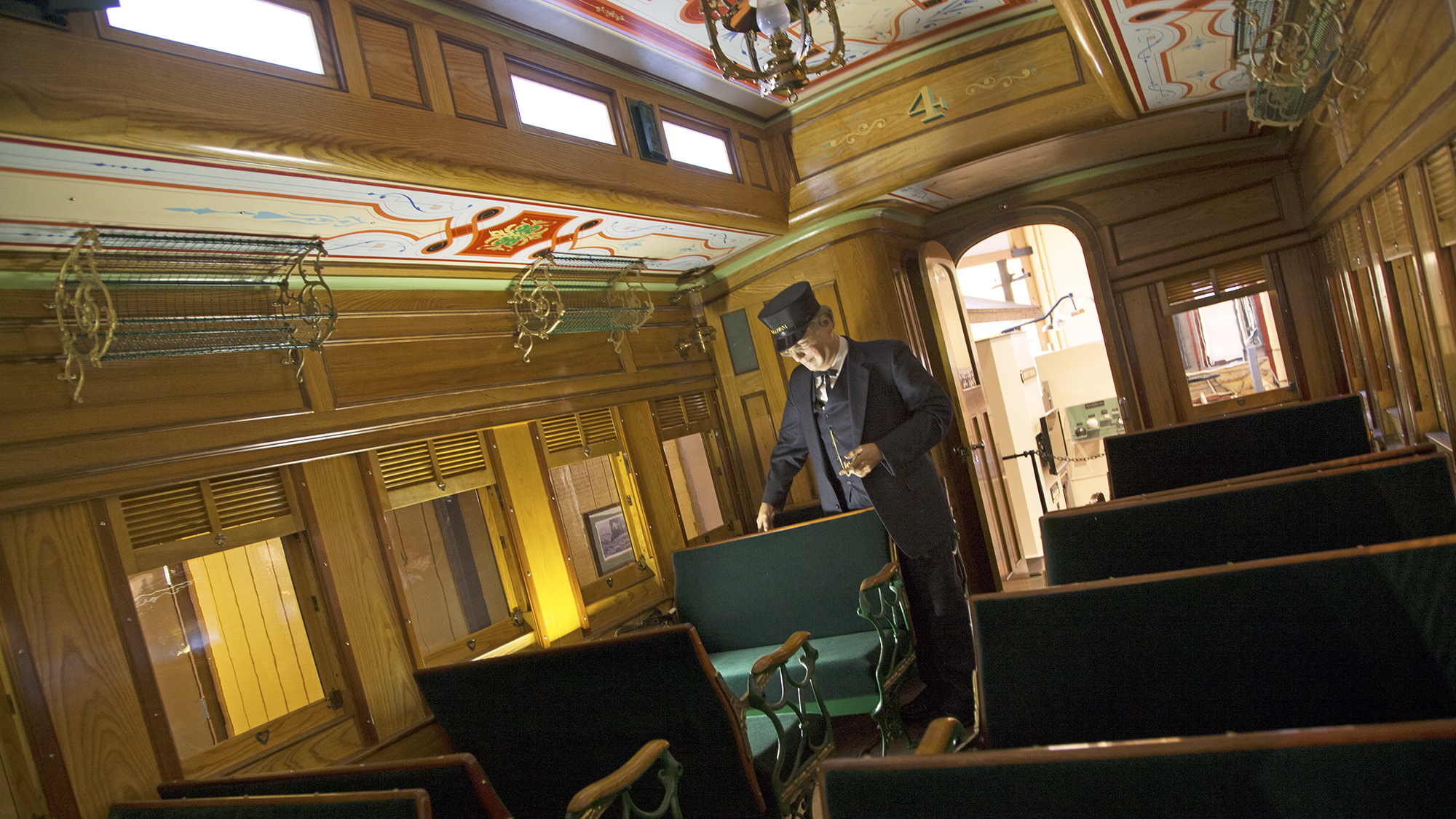 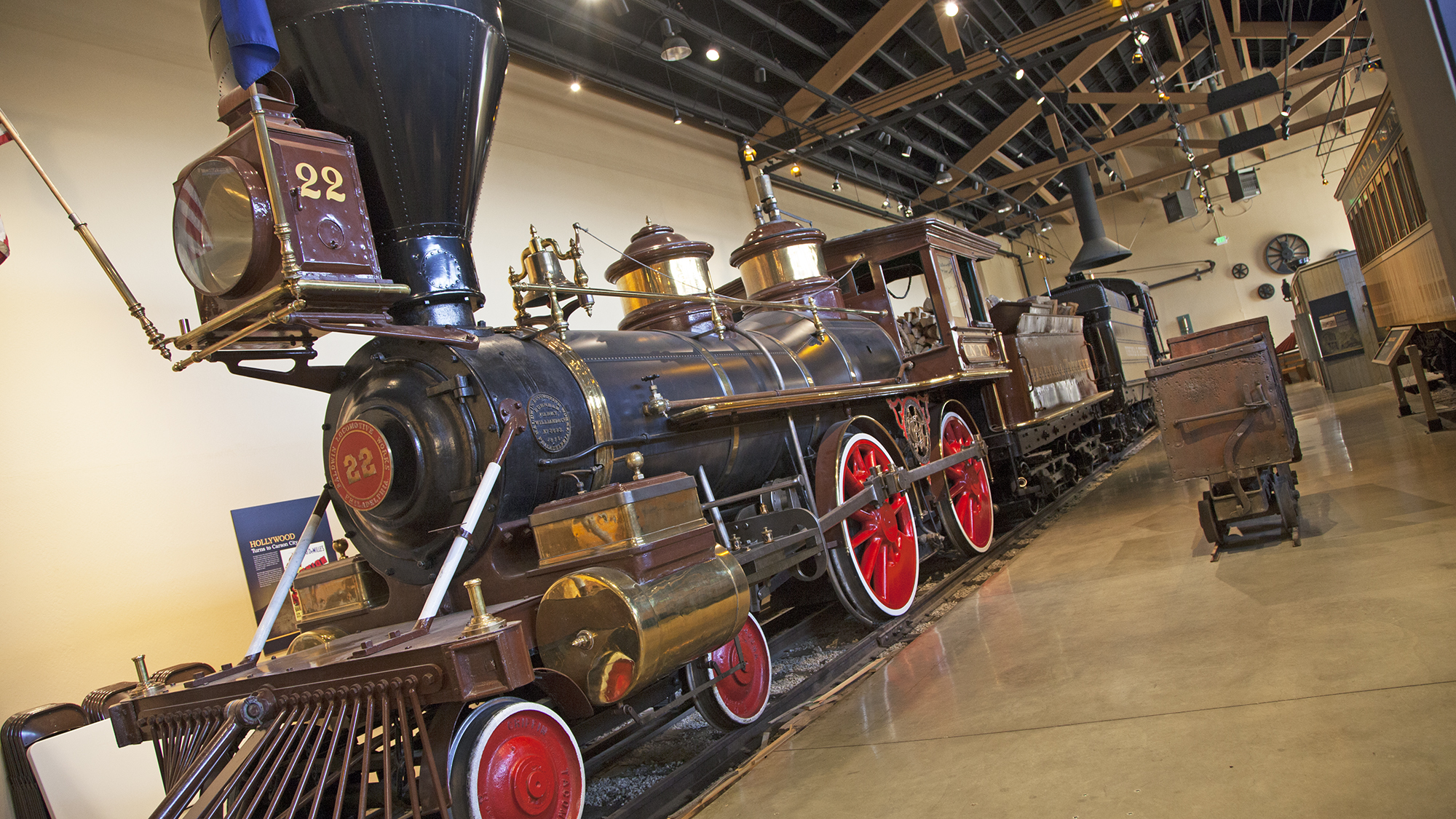 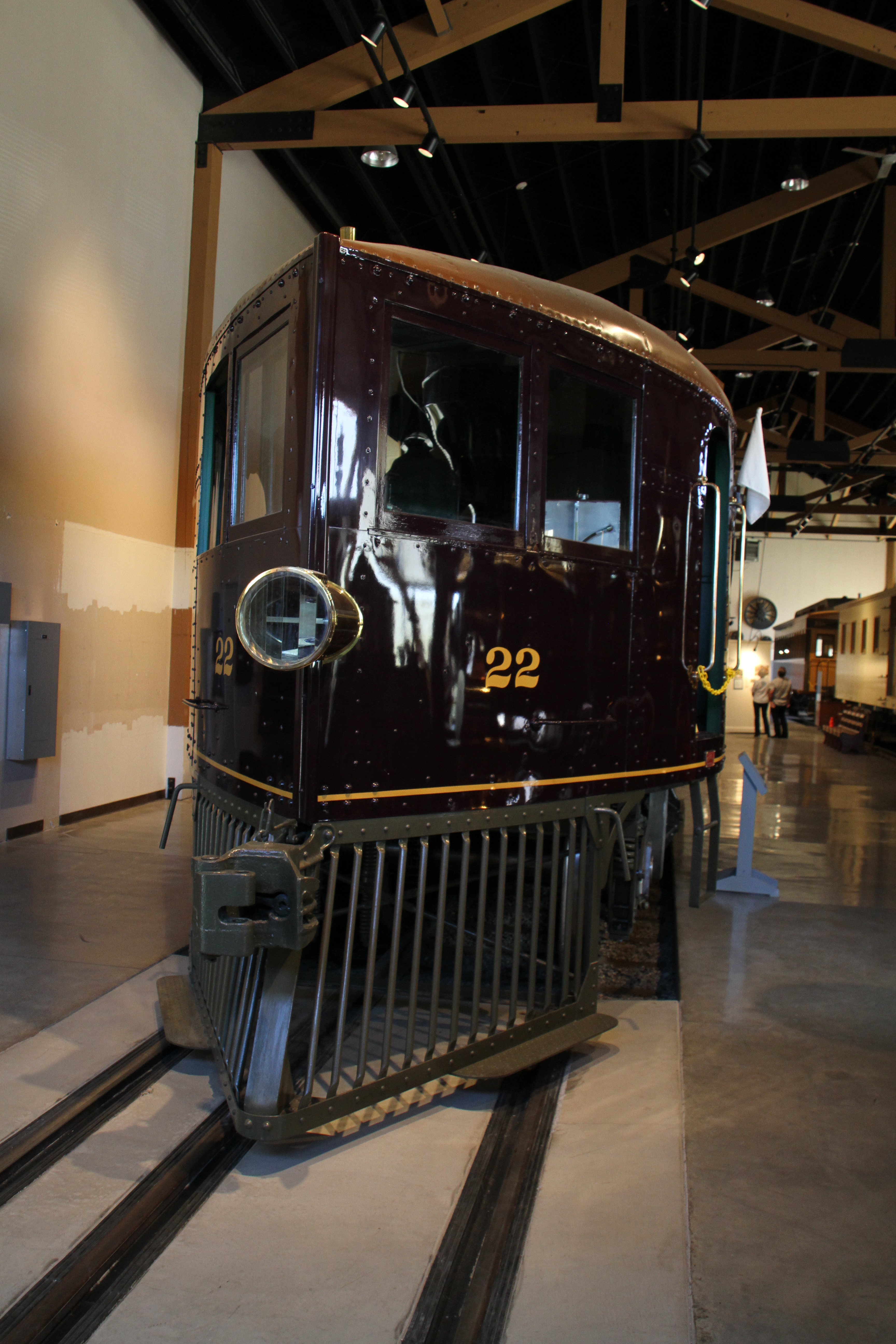 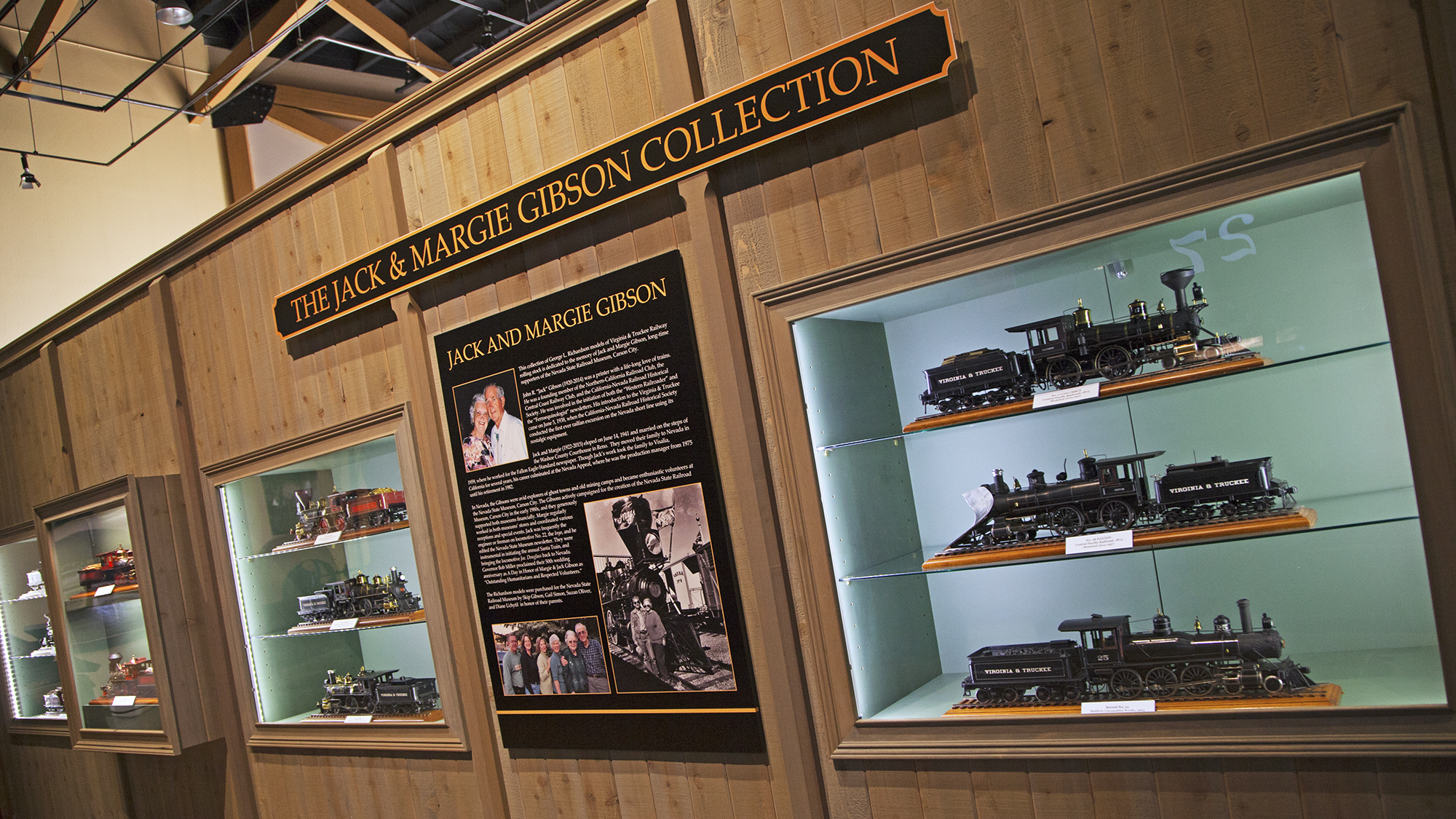 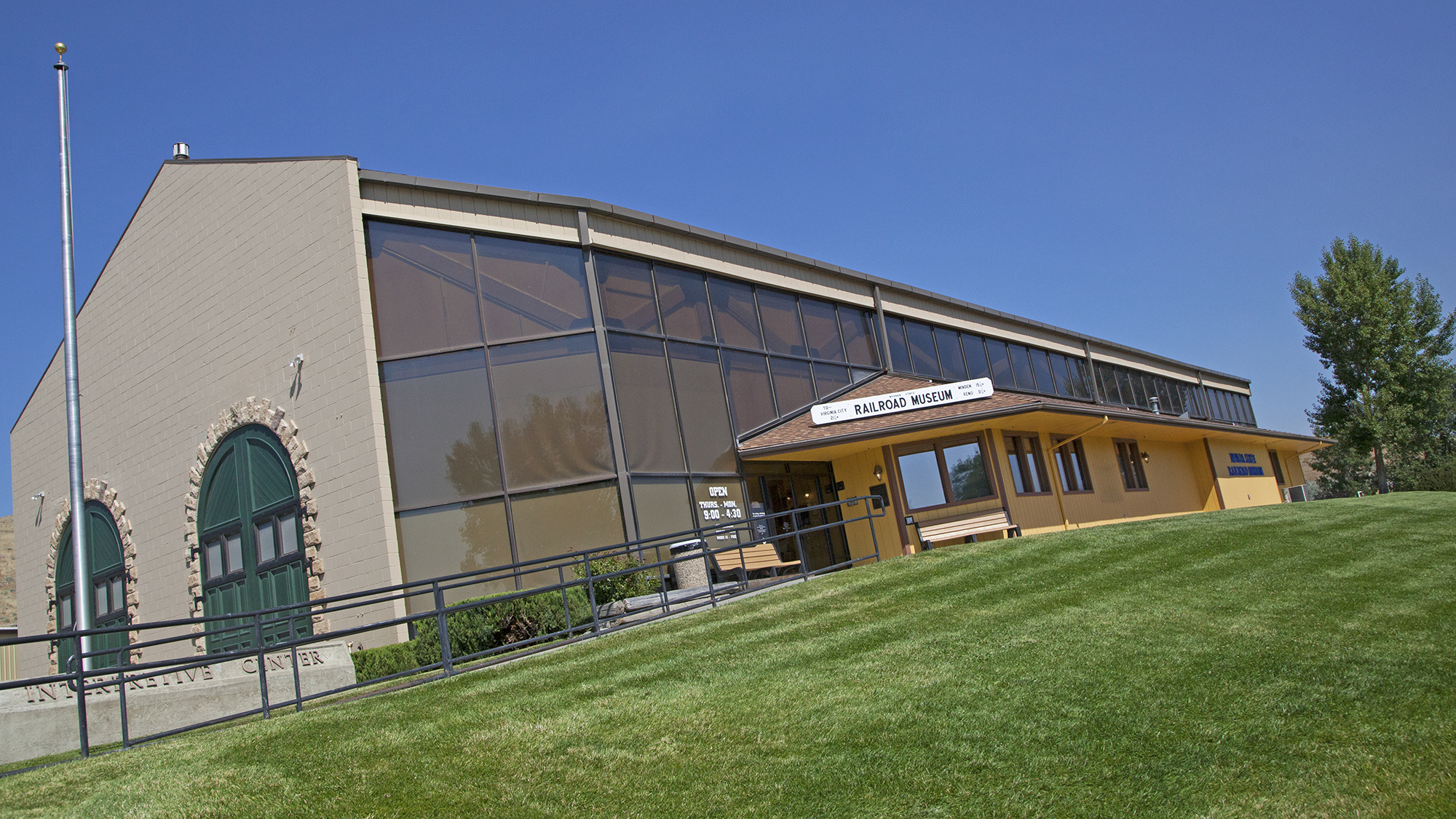 A meandering drive through the lush high desert of Northern Nevada reveals hidden historic treasures and events rooted in history.

From a rolling railroad car steeped in history to a rousing rodeo, there is much to do and see in Northern Nevada this summer.

“We have some incredibly restored locomotives and one unrestored car that is really a lone survivor of that historical day that the two railroads came together,” said Guy Clifton, public relations specialist for the Nevada Department of Tourism and Cultural Affairs.

The interactive exhibit opened just in time for the 150th anniversary of the completion of this significant transportation feat. On May 10, 1869, the last tracks of the Central Pacific Railroad were ceremoniously laid down on the desert floor and joined with the tracks that were painstakingly set from the east by the Union Pacific Railroad. The linking of the railroads from East to West was completed at Promontory Summit in what was then Utah Territory. Central Pacific President Leland Stanford ceremoniously drove a golden spike, often referred to as The Last Spike, into the two tracks.

The centerpiece of this major exhibit in Carson City is a rustic railroad car, the only one in existence that was at the Promontory the historical day that the two railroads met. The car, now called Coach 17, was first used as a luxury travel car for railroad executives. It had a parlor, bedroom and bathroom among other amenities.

The Central Pacific eventually sold the car to the V&T Railroad in Virginia City where it was used by the likes of U.S. Sen. William Sharon, Comstock king John Mackay and railroad executive Henry Yerington, but it was soon replaced by newer and fancier luxury coaches.

“As the railroad advanced and got more established, our car ended up getting converted into a passenger coach, which gave it its name, Coach 17,” Clifton said. “The most interesting and important fact about Coach 17 is that it is the only piece of rolling stock still in existence today that was at Promontory Summit. It is a survivor of 150 years of use, and sometimes abuse, by railroads, movie studios, woodpeckers and time.”

The car is somewhat famous, having been used as a backdrop or set in a number of films, including Elvis Presley’s “Love Me Tender” and in Clint Eastwood’s “Pale Rider,” its swansong appearance. It is kept in arrested decay to preserve the feel of the car’s original history.

“The way it is kept now it is as a living, rolling time capsule of 150 years of basically surviving everything that gets thrown at a train car,” Clifton said. “It is a survivor of one of the most important days in railroad history.”

At noon on May 10, the museum recreated the laying of the Gold and Silver Spikes at Promontory Summit with the museum’s locomotives Inyo and Dayton representing the two locomotives from the historic day. It was familiar ground for both.

“(They) have been used by Hollywood twice to portray the original locomotives at Promontory in 1869,” Clifton said, and they were at Promontory as part of an exhibit for about 10 years.

While visiting the quaint state capital, pop on over to the Nevada State Museum for a rewarding experience unique to Nevada. Impressive and statuesque, historic Coin Press No. 1, which operated in the building when it was the U.S. Branch Mint, is still operating and producing commemorative medallions, 150 years later. The original press creates souvenir medallions with the official CC mint mark for visitors to the historic site.

A short jaunt from Carson City brings you to Reno and an annual event rich in history, steeped in excitement and with a hint of danger. The Reno Rodeo, the city’s longest running special event also billed as “The Wildest, Richest Rodeo in the West,” celebrates its 100th anniversary with 10 days of rodeo action June 20-29.

A concert inside the Reno Rodeo Arena kicks this off on June 19, followed by a bull-riding only event on June 20.

In recognition of the event’s 100th anniversary, the Nevada Historical Society has unveiled a major new exhibit, “Reno Rodeo: 100 Years of the Wildest, Richest Rodeo in the West,” with a hat tip to the organizers and participants who have created the event over the past century.