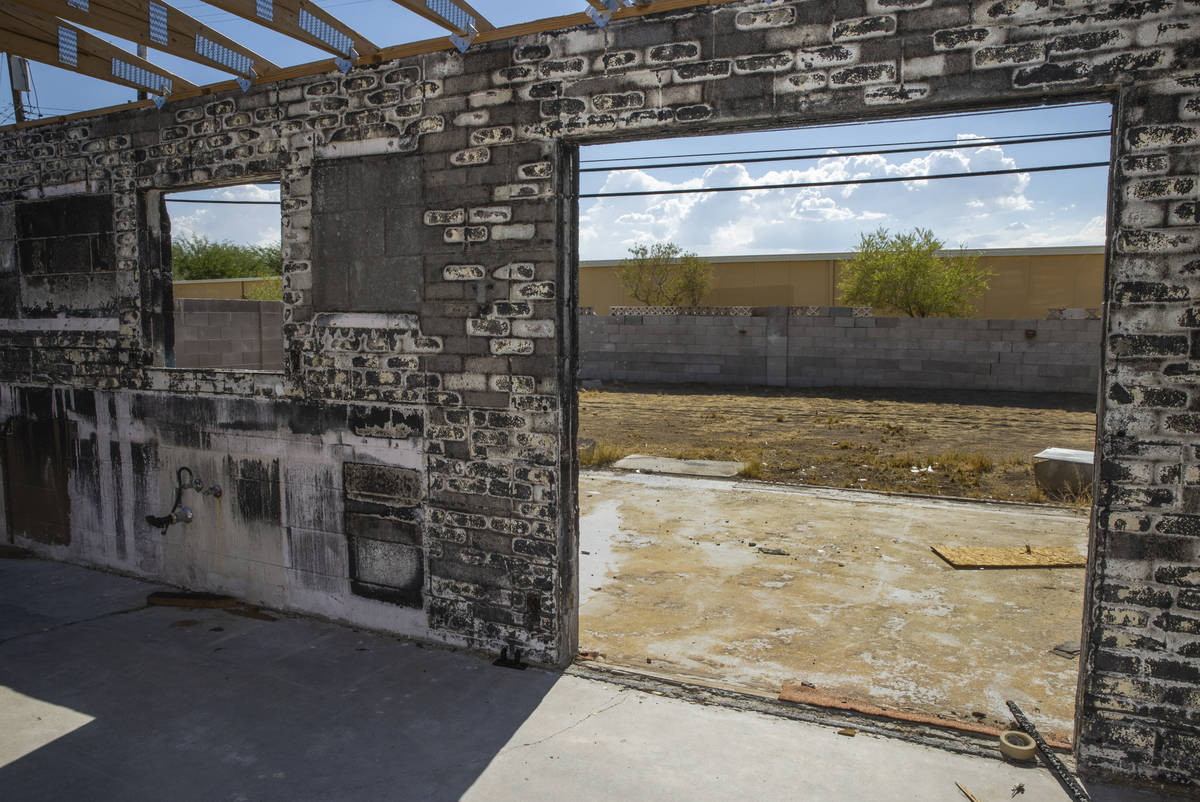 An exposed interior brick wall a burned-out house that is currently listed for sale along the 3100 block of Carroll Street on Thursday, July 29, 2021, in North Las Vegas. (L.E. Baskow/Las Vegas Review-Journal) @Left_Eye_Images 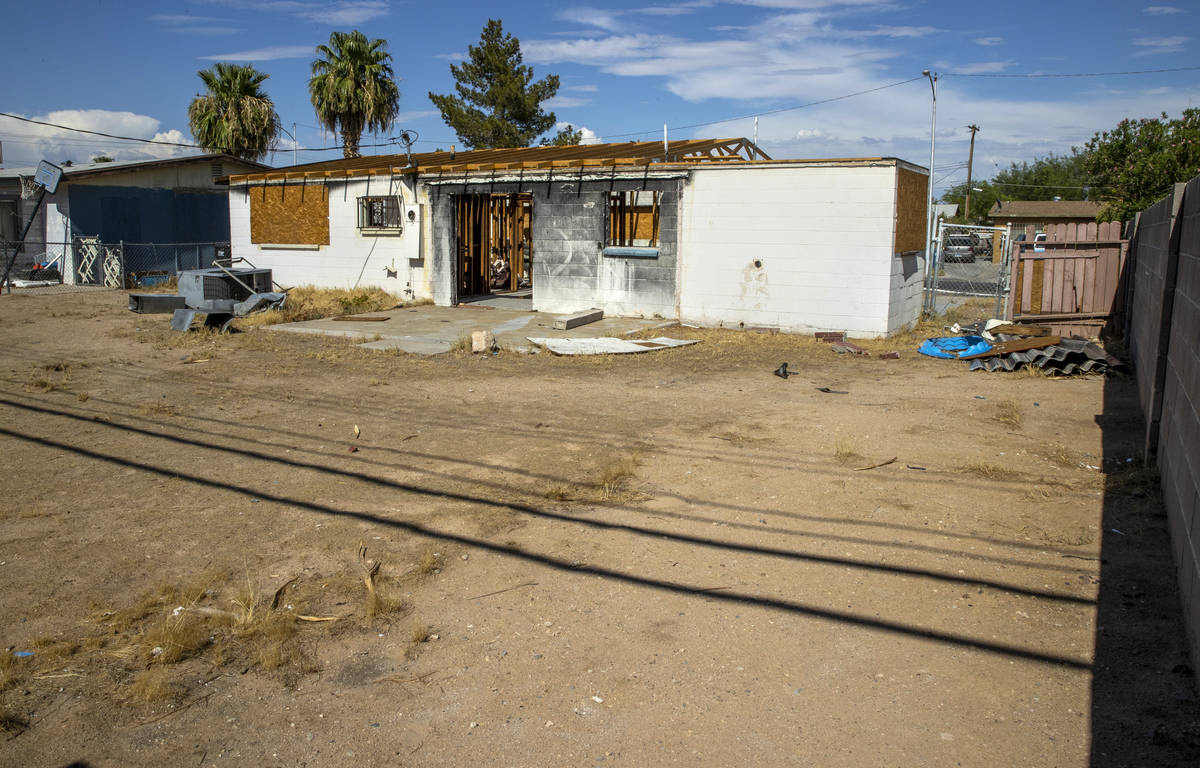 Boarded up windows on the exterior of a burned-out house that is currently listed for sale along the 3100 block of Carroll Street on Thursday, July 29, 2021, in North Las Vegas. (L.E. Baskow/Las Vegas Review-Journal) @Left_Eye_Images

There isn’t much of a house at this North Las Vegas house.

After going up in flames early last year, the one-story home off Cheyenne Avenue east of Interstate 15 is charred and gutted. Windows are boarded up, and the house is missing some walls, the back door and the roof, save for some wooden trusses.

It’s an eerie sight — but amid Las Vegas’ accelerated housing market, it found a buyer in no time.

The home was listed for sale July 22, and six investors made offers on it, owner Juan Lopez told me. Four were under the asking price, but two met it, said Lopez, adding he is under contract to sell at his $90,000 price tag.

It’s not the only property to sell fast lately. Las Vegas has seen record-high home prices and rapid sales for months, thanks largely to rock-bottom mortgage rates that have let buyers stretch their budgets. House hunters have flooded properties with offers and routinely paid over the asking price, and builders have put buyers on waiting lists.

Investors have ramped up their purchases amid the frenzy, acquiring more than 3,000 homes in the Las Vegas area in the second quarter, up nearly 280 percent from the same period last year when sales overall dropped in the early months of the coronavirus pandemic, listing site Redfin recently reported.

Lopez, the 27-year-old owner of BNB Holdings, acquired the half-a-home on Carroll Street last September, several months after the fire, property records show. He intended to rebuild and sell it, he indicated, but added he has too many projects going, and a contractor couldn’t get to it for a few months.

He said he knows the property looks bad but he pointed out that people who rebuild homes can cash in.

“There’s money to be made on it still,” he said.

Built in 1963, the 1,044-square-foot house had already been boarded up when North Las Vegas firefighters responded to a report of a blaze there around 9 p.m. on Jan. 3, 2020. One man, identified as 47-year-old Luciano Hernandez Machuca, was found dead in a bedroom closet, the Review-Journal reported at the time.

North Las Vegas spokesman Patrick Walker told me the house had caught fire about five months earlier and had been boarded up afterward.

Lopez said the home was “in pretty rough shape” when he bought it but that its leftovers can still be used. He also figures he wouldn’t have received so many offers if the market wasn’t so hot.

As its listing stated, the distressed property needs a full remodel but has “tons of potential for a single-family residence with utility connections on-site from previous home.”

Southern Nevada’s market is bound to cool off at some point. But until the current frenzy flames out, people will keep buying houses, condos, townhomes and mansions — and, every once in a while, a home that still needs a wall or two.