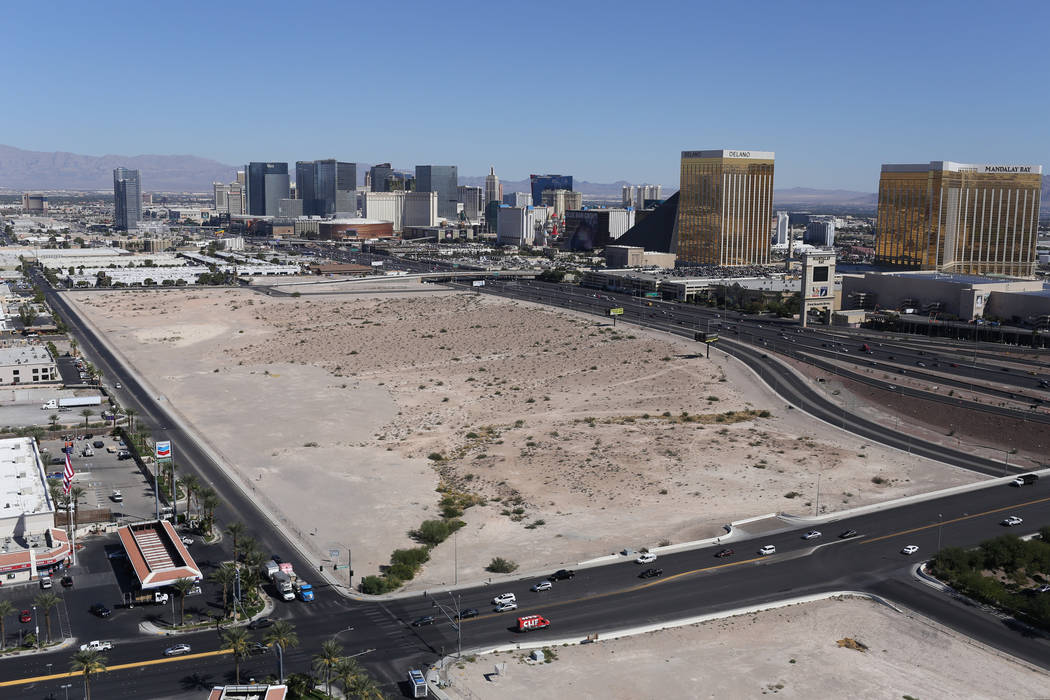 The lot where officials want to build a NFL football stadium to draw the Raiders to Las Vegas is seen on Monday, Sept. 26, 2016. Brett Le Blanc/Las Vegas Review-Journal Follow @bleblancphoto

The sprawling desert lot has seen no shortage of plans — hotels, condos, sports arenas, even a train station.

The latest? The Raiders stadium.

National Football League owners are slated to meet March 26-29 in Phoenix and, while there, could vote on Oakland’s hoped-for move to Las Vegas, reports say. If they give the thumbs-up, it would clear the way to enable construction of the Silver-and-Black’s $1.9 billion, 65,000-seat domed stadium at Russell Road and Dean Martin Drive, just west of Interstate 15.

But the stadium, which would be backed by $750 million in taxpayer funds, isn’t the first project to get pitched for the site.

It’s not even the seventh.

Las Vegas has a storied history of would-be developers pitching grandiose plans and never following through, and the Raiders’ site is no different.

The latest proposal there, by ex-NBA and UNLV basketball player Jackie Robinson, is for a 22,000-seat arena with a retractable roof as well as a 44-story hotel. Robinson announced his project in 2013 but only recently started heavy site work.

Lenders foreclosed on the 63-acre Russell Road site in fall 2009, after the economy crashed. But developers have never been short on ideas for the property. According to Clark County records and news reports:

2004: Investors draw up plans for a 7 million-square-foot project with hotels, a convention center and condos.

2011: High-speed-train promoters say they want a station there for a rail-line connecting Las Vegas with Victorville, California.

We’ll find out soon enough whether the Raiders stadium will come out of the ground. But if it doesn’t, just sit tight: someone else is bound to pitch something.