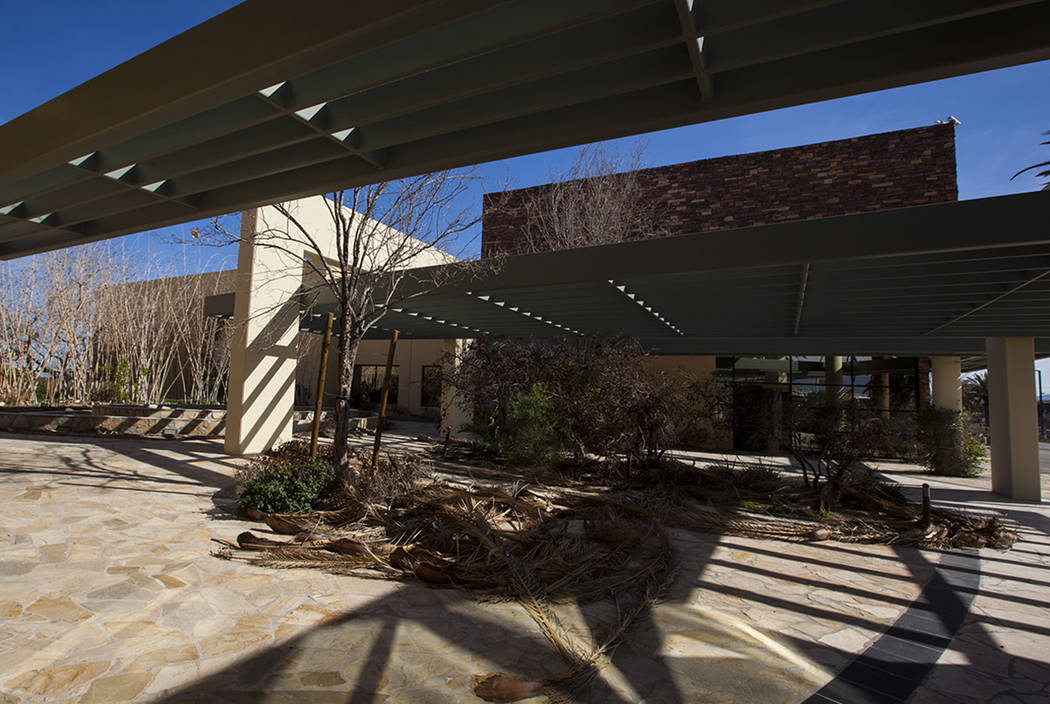 When I moved to Las Vegas in 2012, the valley was littered with abandoned, partially built projects from the bubble years. Condo buildings, retail, hotels, you name it — if you didn’t know better, you’d think construction was hot as ever, given all the job sites.

Many of the once-mothballed projects are now completed or earmarked to be, but not all. The Fontainebleau is still a towering, blue-tinted eyesore on the north Strip, and two high-rise projects in the southwest suburbs, Sullivan Square and Spanish View Tower, are little more than two giant holes in the ground.

In the past few years, the abandoned office complex on Durango Drive at Hacienda Avenue looked like just another project that flopped with the economy. But this mess had nothing to do with the recession.

The property was home to MRI International, a medical billing collections firm. It emptied out and became an eyesore after MRI owner and chief executive Edwin Fujinaga was charged with running a massive Ponzi scheme.

When I visited earlier this year, the main entry area to one building was partially boarded up. Landscaping had withered. A window was broken with a gaping hole, and garbage and debris had piled up along the fence that surrounded the southwest valley property.

A court-appointed receiver reported in 2015 that windows and toilets had been smashed, door locks were broken, business documents were strewn all over, valuable electronics gear had vanished, and hypodermic needles were found around the bushes.

A listing broker for the complex told me that he brought a baseball bat for protection when visiting. “It was dangerous to show up there by yourself.”

The 8-acre property is now poised for a turnaround: Las Vegas real estate firms Insight Investment Partners and Northcap teamed up to buy the 130,800-square-foot complex for $12 million. The sale closed March 16.

Mothballed sites in the valley often got revived by new owners. They buy a project, typically paying cents on the dollar, and finish construction.

But there’s no guarantee they can spark a revival, even when a billionaire steps in. Investor Carl Icahn bought the Fontainebleau for a relative pittance during the recession, and we all see how that’s turned out.

With tax day around the corner, the IRS has renewed its lease in a downtown Las Vegas office building for another decade.

Las Vegas developer The Molasky Group of Cos. announced Tuesday that the Internal Revenue Service had signed on for another 10 years in 110 N. City Parkway.

The agency has been there since 2005 and occupies 63,420 square feet spread over three floors, the announcement said.

Andra Higgs, a spokesman for the U.S. General Services Administration, which oversees federal real estate, said the new annual rate is $29.48 per square foot, or around $2.46 monthly.

Retirees have flocked to the Las Vegas area for years, lured by sunshine, low taxes, cheap housing and the like. But Bankrate.com announced Wednesday that Nevada is the seventh-worst state in which to retire.

The Silver State got high marks on weather, taxes and culture but fared badly on crime and seniors’ overall well-being. It came in last in the country in health care quality.

It was a rough morning for Nevada, which is no stranger to bad rankings: Just 45 minutes before Bankrate’s findings came out, WalletHub, a personal finance site, sent out a report that ranked the Silver State 10th-lowest in the nation for financial literacy.

It cited, in part, Nevada’s share of adults who spend more than they earn, percentage of unbanked households and lousy public high school graduation rate.