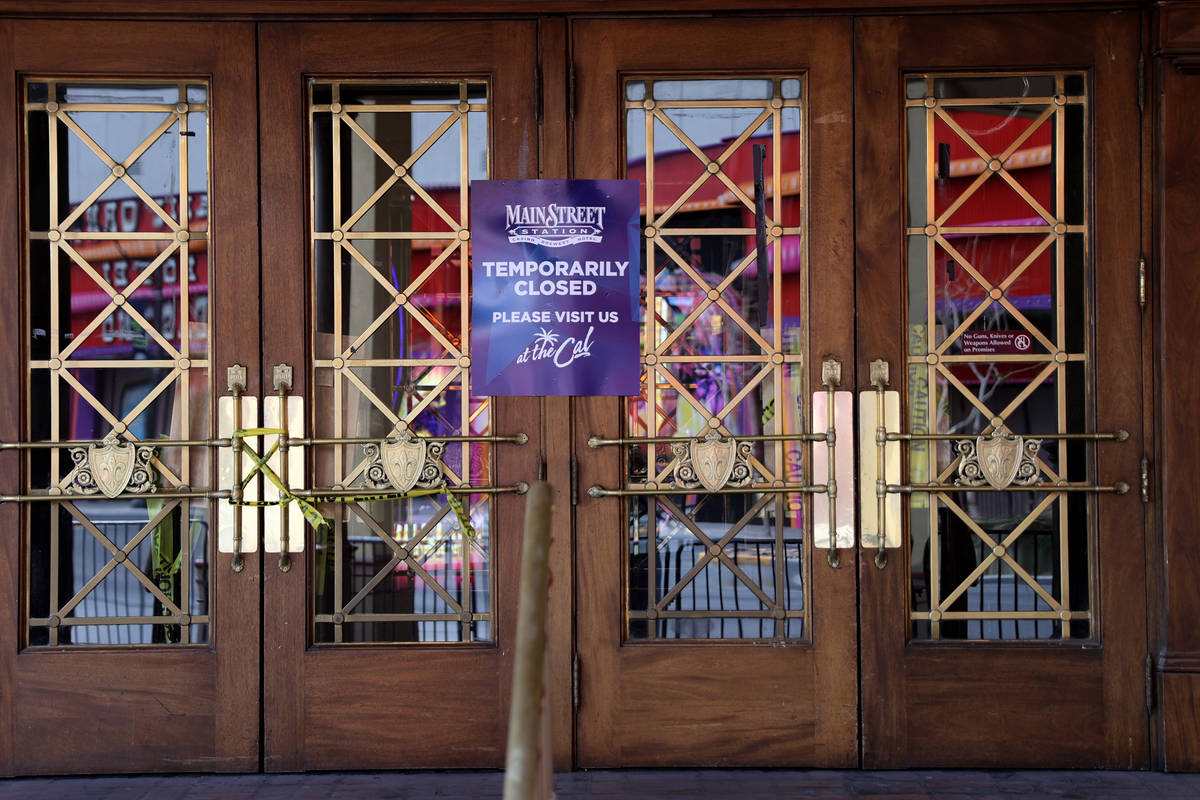 Las Vegas-based Boyd Gaming Corp. executives have maintained that demand will drive the decision whether and when to open Main Street Station and Eastside Cannery, the company’s two hotel-casinos that have yet to reopen during the pandemic. On Tuesday, executives said downtown visitation is trending well and Main Street’s time is coming.

“We are in the process of making plans to potentially reopen Main Street Station downtown, based on growing demand for our product there,” Boyd Chief Financial Officer Josh Hirsberg told investors Tuesday during an earnings call. “And we would expect the same thing to happen over time in the locals market with Eastside Cannery.”

Boyd is considering opening Main Street this year but has not announced a firm timetable, spokesman David Strow later told the Review-Journal. He added that the company is focusing on Main Street before turning its attention toward Eastside Cannery.

“Main Street’s future is all about downtown business and the Hawaiian business returning, and Eastside will just depend on volumes,” Boyd President and CEO Keith Smith said on the second-quarter earnings call.

Company executives said they expect more demand on the horizon.

The company reported record margins and year-over-year revenue increases in the second quarter across its downtown and locals markets, as well as its Midwest and South regional segment. Smith said the quarter — spanning April, May and June — represented an “outstanding performance” for the company and its employees.

Revenues in Boyd’s Midwest and South segment of casinos grew 10.9 percent to $618.7 million in the second quarter compared with two years ago, the company reported. Downtown revenues grew from $21.4 million over the first three months of the year to $38.8 million over the next three months. Still, they remained about 40 percent less than the $64.5 million in revenues from 2019.

Reduced operating costs, “enhanced capabilities and focus on our core customers all continue to drive strong results throughout our portfolio,” Smith said in a Tuesday release. Last year, Boyd dropped its entertainment division and slashed jobs in a series of cost-cutting measures because the pandemic. Hirsberg said the slimmed operations represent a “new normal” for the business.

“(Third quarter) to date trends have been consistent with June, a positive, with no diminished spend or visitation from its core customers overall, nor its older demographic, which one would think could be susceptible to retrenching given recent COVID-19 spikes,” he wrote.

Company executives also announced they are developing plans for Treasure Chest riverboat casino in Louisiana to have a land-based facility. Hirsberg said it’s likely to cost $85 million to $100 million and take anywhere from 18 to 24 months to build. The earliest construction would start is somewhere at the end of this year, “first of next year.”

Shares of Boyd Gaming Corp., traded as $BYD on the New York Stock Exchange, fell 69 cents and closed at $56.90 on Tuesday.