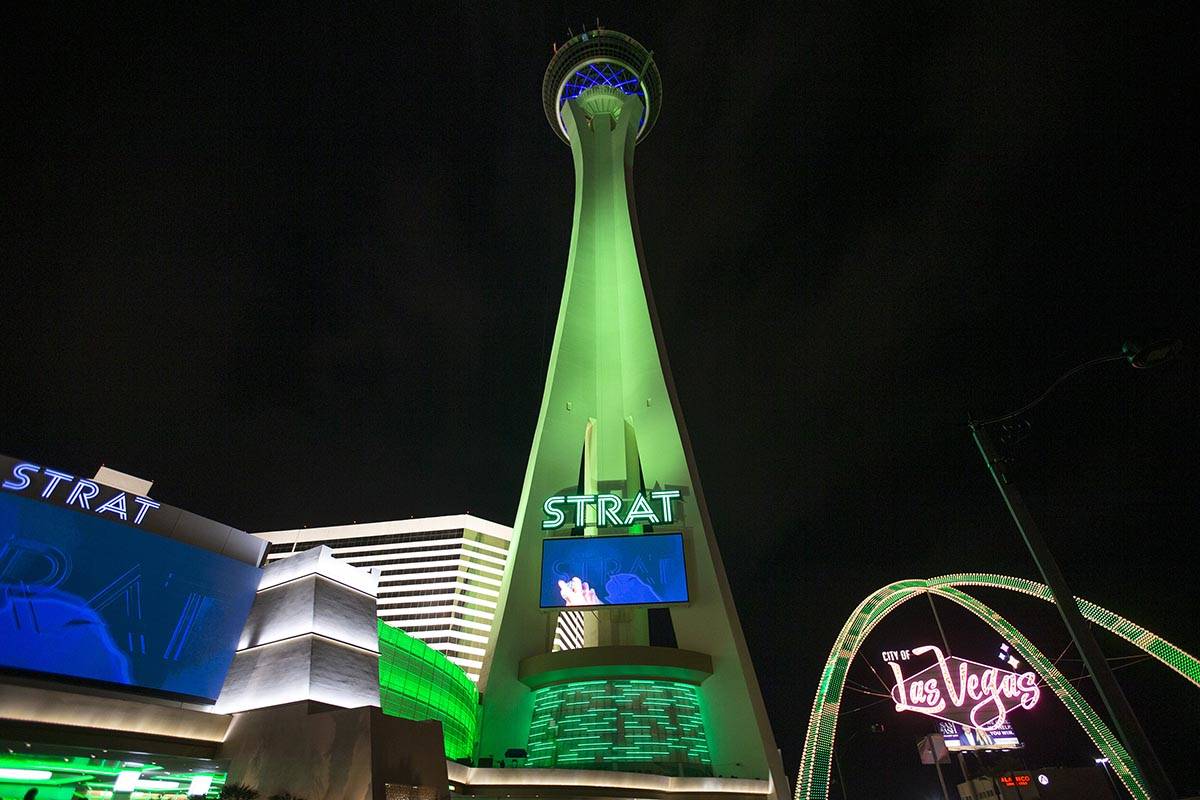 Golden Entertainment is starting to reap the benefits of its $110 million renovation of The Strat.

The hotel announced the completion of those renovations on Jan. 22, 2020. Two months later, the newly rebranded The Strat along with every other casino was forced to close its doors due to the COVID-19 pandemic.

But with the rolling back of COVID-19 restrictions and the resort back to full capacity by mid-May, Golden saw a major boost in the second quarter of the year from the property, highlighting a period of record revenue and cash flow for the company.

Golden reported net income of $103.8 million on $292.5 million in revenue during the quarter that ended on June 30 — the highest quarterly revenue and income the company has ever recorded. Those numbers compare to a net loss of $78.4 million on revenues of $75.9 million during the same quarter in 2020.

“These results highlight strong levels of visitation and spend at all of our properties, including The Strat, combined with the margin improvement we have sustained over the last twelve months,” Golden Chairman and CEO Blake Sartini said.

Golden — operators of nine Southern Nevada resorts and the nation’s largest slot route operation — saw strong numbers across their portfolio, a common theme so far this year for casino operators as pent-up demand has helped fuel a huge influx of leisure and gaming spending in Southern Nevada.

“This is really a quarter with absolutely no weakness in any of our operations, and that strength continued in July,” Golden President and Chief Financial Officer Charles Protell said during a quarterly earnings call Thursday.

For the Strat, the company bet on the idea that touching up the common areas, such as the casino floor, bars and restaurants, would make people feel more welcome to stay and play within the resort “versus using the property as a dormitory to go see other attractions in Las Vegas,” Protell said.

“From our perspective, we think that thesis now is clearly working, and we are at a return profile on our investment that is well in excess of our expectations,” Protell added.

Occupancy at the resort in the second quarter averaged roughly 70 percent, but weekend occupancy rates were nearing the historical rates of the low-to-mid 90 percent.

Sartini said that customer spending at the Strat was up 30 percent, and that revenue and profitability for the Top of the World restaurant are running “significantly higher” than ever before.

“We’re very bullish on the future outlook of that property,” Sartini said.