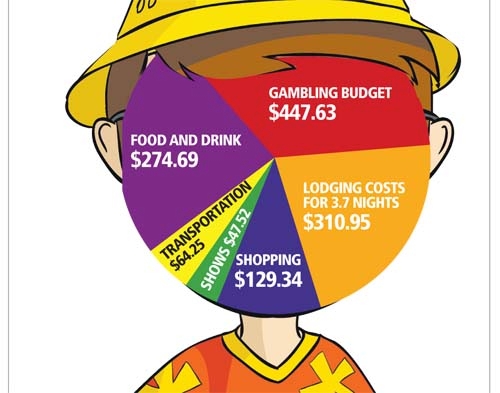 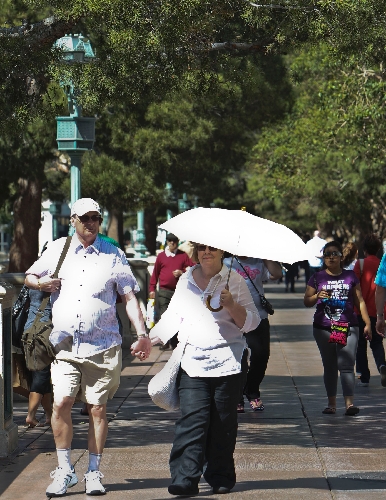 Sometimes people lie about what they do in Las Vegas.

That phrase isn’t going to replace the "What happens in Vegas, stays in Vegas" advertising campaign.

And while it may seem a little harsh, it might explain a discrepancy in the annual Visitor Profile Study released Monday by the Las Vegas Convention and Visitors Authority.

The study shows that spending in multiple nongaming categories increased during 2011, continuing an upward trend that began taking shape in 2010.

But the money tourists told researchers they budgeted for gambling declined when compared with 2010.

That figure doesn’t match up to the 5.1 percent increase in gaming revenues Strip casinos experienced in 2011, nor with the overall 3.5 percent gaming revenue bump seen in Clark County as a whole.

The average gaming budget reflects what visitors told researchers on the front end of their trip. Gamblers never tell researchers what they actually won or lost.

"I think psychologically, the recession still plays a part in what visitors will tell someone what they have budgeted for gaming," Bagger said. "What is budgeted and what is actually spent can be much different."

As far as gaming behavior, 77 percent of all visitors said they gambled while in Las Vegas, down from 80 percent in 2010.

Meanwhile, 27 percent said they were more likely to visit Las Vegas even with gambling available in regional markets. A year ago the figure was 35 percent.

"People didn’t budget for travel a few years ago," he said. "With the broader economy in a gradual recovery, the general consumer is not holding back on travel."

GLS Research conducted a total of 3,600 in-person interviews with randomly selected visitors — 300 per month — from January to December 2011. The survey respondents were at least 21 years old.

Bagger said 2011 was "a recovery year" for Las Vegas. The market attracted 38.9 million visitors last year, up 4.3 percent and a record-high annual total.

"The primary takeaway from this year’s study is that visitor spending is on the rise, signifying a continuation in the recovery of the tourism industry in Las Vegas," Bagger said.

According to the study, the average Las Vegas visitor is 49 years old and more likely to be married, to be a college graduate and to have a household income above $40,000.

More than half of all Las Vegas visitors, 55 percent, used the Internet to plan their trip. The percentage of visitors who arrived in Las Vegas by air grew to 44 percent, up from 41 percent in 2010 and 42 percent in 2009.

Las Vegas is positioned well through word-of-mouth advertising; 91 percent of visitors said they would "definitely or probably will" recommend Las Vegas to others.