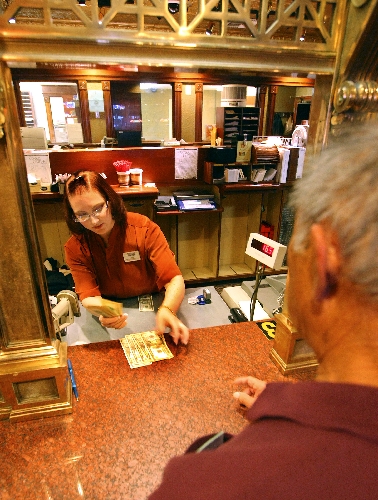 Now the bad news. The decrease, compared with fiscal year 2009, wasn’t due to a jump in revenues or spending by customers. Casino operators wrote down the value of their assets by about $3.5 billion less than they did in the previous fiscal year.

Gaming revenue accounted for $9.9 billion, a 5.8 percent decline from fiscal year 2009 and 47.5 percent of the casinos’ overall total revenues.

The Nevada Gaming Control Board released the figures Monday as part of its Gaming Abstract Income Statement for the fiscal year ended June 30.

The abstract is a profitability measurement combining financial information from 256 casinos that grossed more than $1 million in gaming revenues during the fiscal year. The abstract takes into account money spent on hotel rooms, dining and entertainment, as well as gaming.

The number of casinos participating in the survey is notable because the figure is four fewer casinos than the 260 that participated in the fiscal 2009 abstract.

Gaming Control Board senior research analyst Mike Lawton said the second straight fiscal net loss marked the first time since the agency has been recording the abstract that casinos lost money two years in a row. The only other fiscal-year net loss came in 2002, which followed the Sept. 11, 2001, terrorist attacks.

Clark County as a whole had 148 casinos taking part in the abstract, generating a combined net loss of $3.3 billion from total revenue of $18.2 billion. Downtown Las Vegas casinos reported a net loss of $73.7 million, compared with a net loss of $54 million in the prior fiscal year.

Statewide, revenues from hotel rooms declined 7.7 percent, mainly due to falling average daily room rates. Throughout Nevada, room rates averaged $94.25 during fiscal 2010, down from an average of rate of $102.46 in fiscal 2009.

The largest area in which casinos had a decline was in other general administrative expenses. In fiscal 2009, casino operators wrote down more than $5 billion in assets. That same figure decreased to $1.5 billion in the fiscal year that ended June 30.