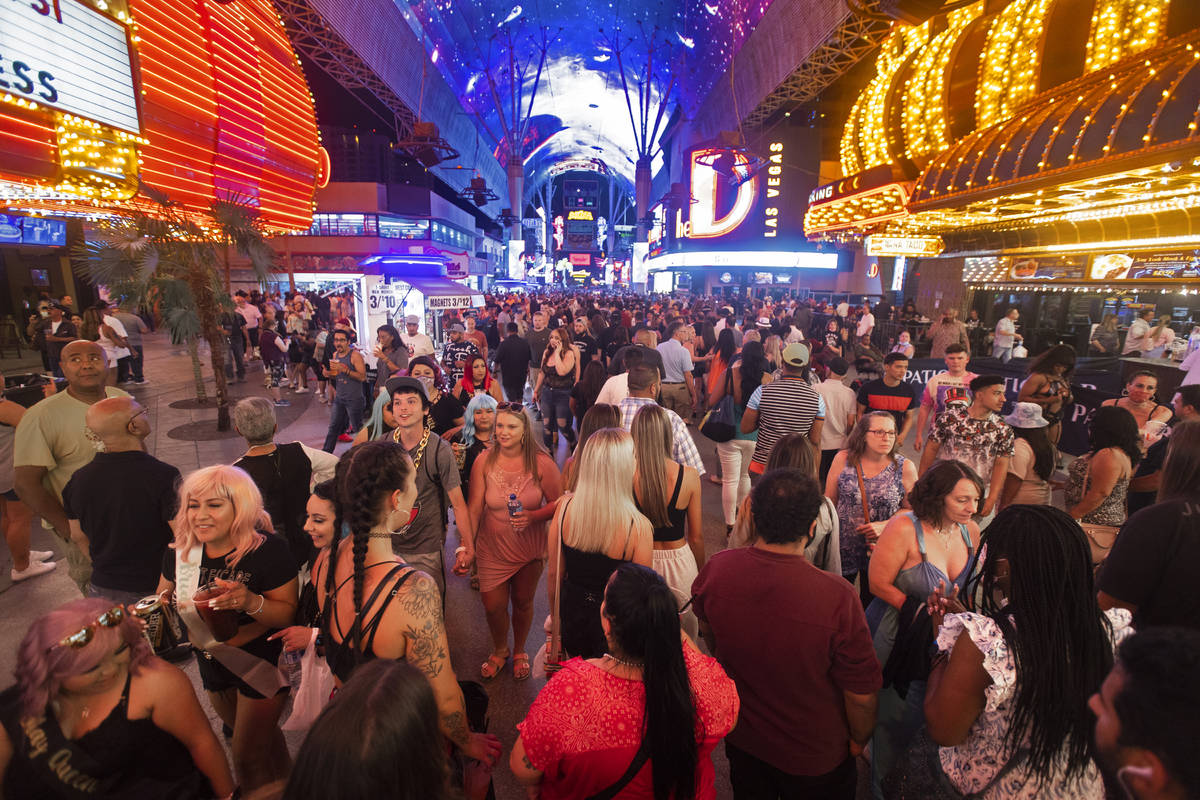 Nevada casinos raked in an all-time record $1.23 billion from gamblers across the state in May, the first month when some casinos could resume operating at full capacity, the Gaming Control Board reported Wednesday.

It was also the third consecutive month Nevada casinos surpassed $1 billion in gaming win. That hadn’t happened since December 2019 through February 2020, right before casinos shut down for 2½ months because of the pandemic.

Every one of the 20 markets monitored by the Control Board was up compared with results from May 2019, “which can be attributed to strong demand, healthy consumers and leisure travel beginning to rebound,” Lawton said in an email.

So far in 2021, gaming win remains just 1.3 percent down from gaming win during the same period in 2019. The state is up 2.4 percent with a total of $10.04 billion since casinos reopened in June, the report said. Clark County (minus-2.2 percent) and the Strip (minus-15.2 percent) are the only two markets that remain down since reopening. Nevada casinos excluding the Strip were up 23.9 percent from reopening through May, Lawton said.

Gaming win in Nevada “showed a nice acceleration” from April to May, according to Joseph Greff, a gaming analyst with New York-based J.P. Morgan.

Slots and baccarat in May carried Strip casinos to $655.5 million in gaming win — a 26.7 percent increase over May 2019. Slots brought in a record $358.3 million from Strip gamblers in May.

Baccarat win on the Strip was up about 97 percent compared with May 2019. The casinos benefited from some poor gambling luck, Greff wrote in a Wednesday note. Strip casinos typically win somewhere near 13 to 14 percent of baccarat wagers, he said, and they won just 7.7 percent of wagers in May 2019.

“We think headline May figures were strong despite high hold and aid from NV slot accounting, which lends to a sooner and more robust leisure/weekend-driven recovery which we saw last month,” said Barry Jonas, a gaming analyst with Truist Securities.

“We think the summer months will see significant pent-up demand before the full-scale return of conventions,” he wrote in a Wednesday note. “Despite this, we continue to favor the more resilient regional operators who also benefit from less group/convention exposure.”