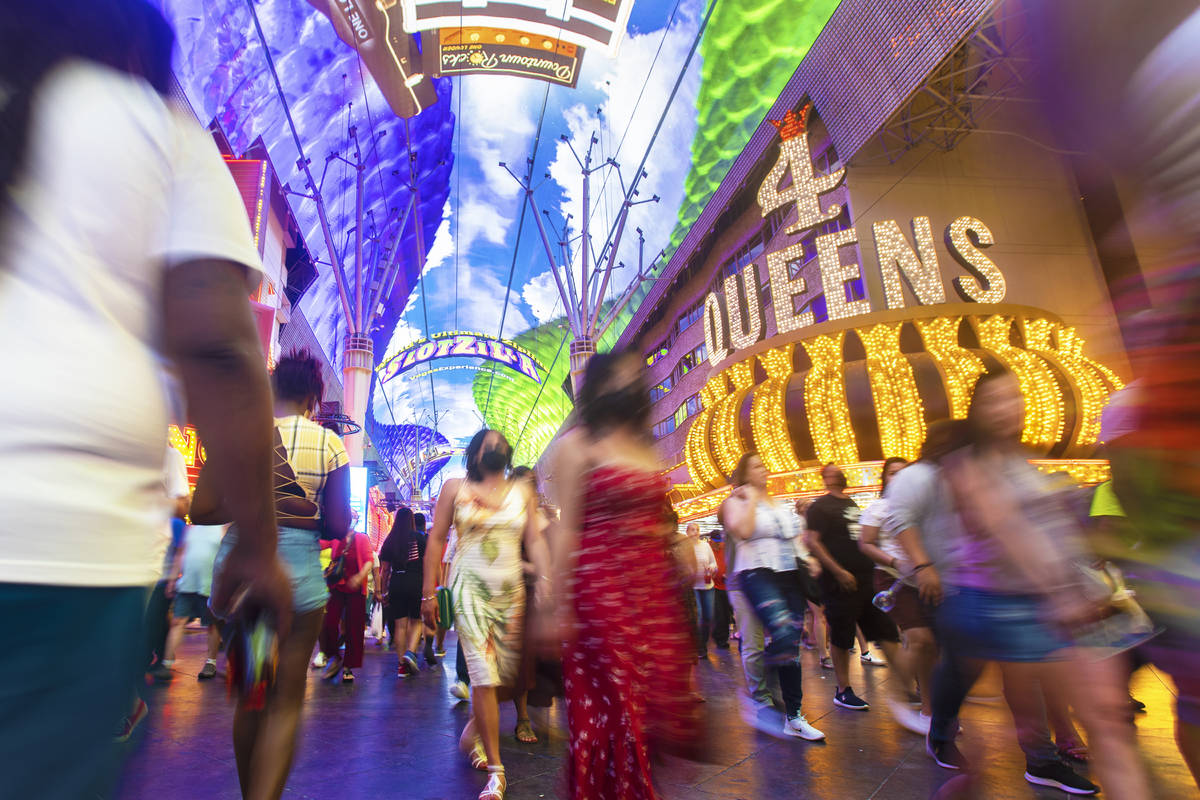 Visitors take in the sights at the Fremont Street Experience during Memorial Day weekend on Saturday, May 29, 2021, in Las Vegas. (Benjamin Hager/Las Vegas Review-Journal) @benjaminhphoto 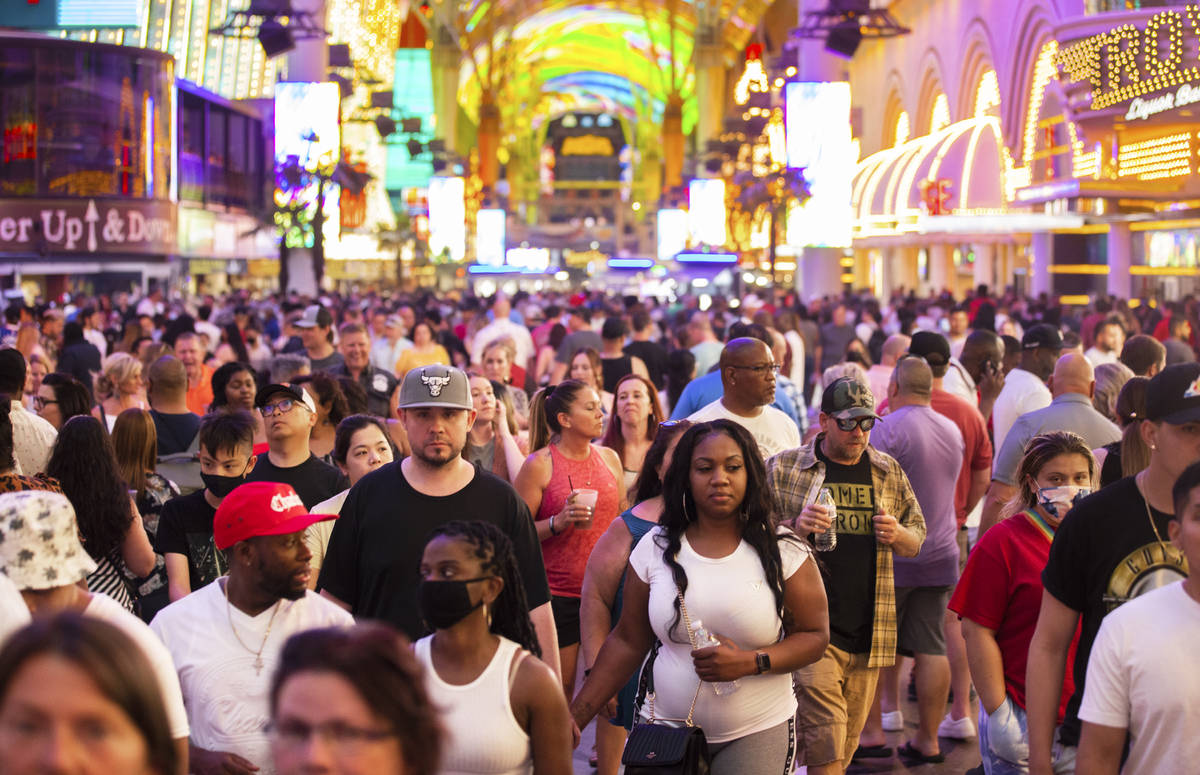 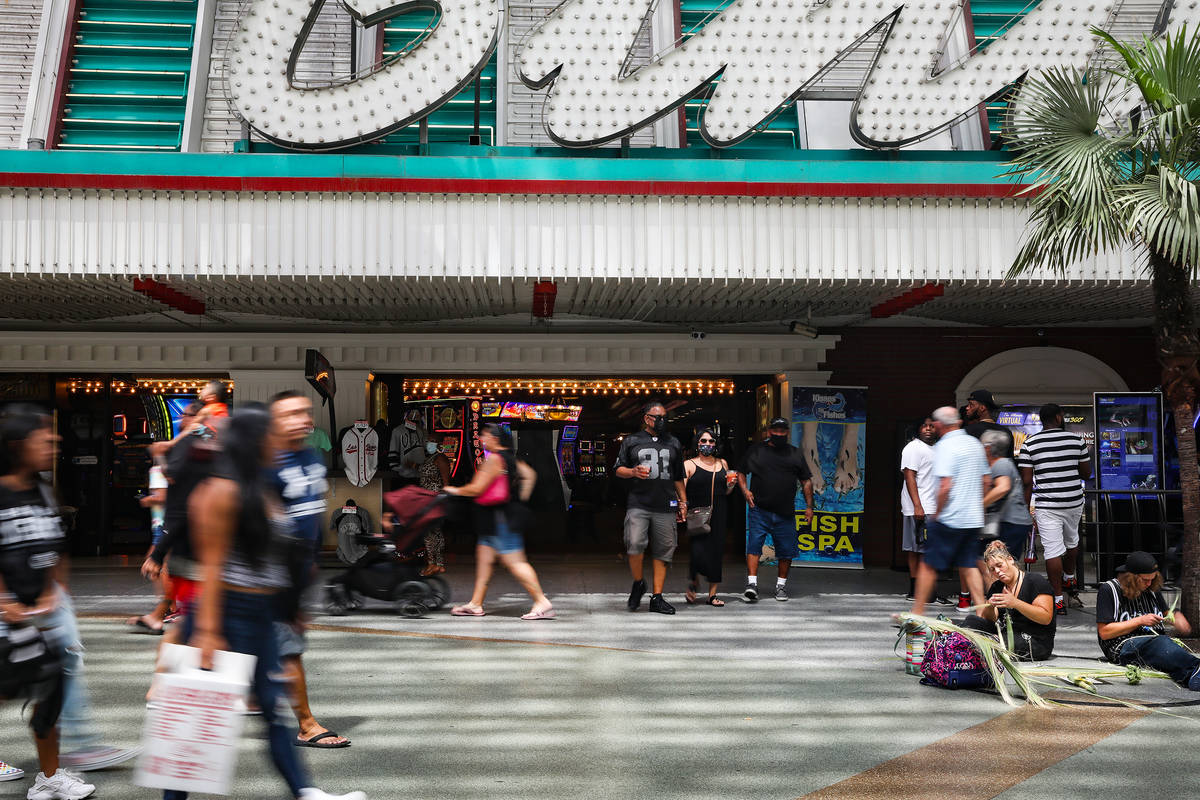 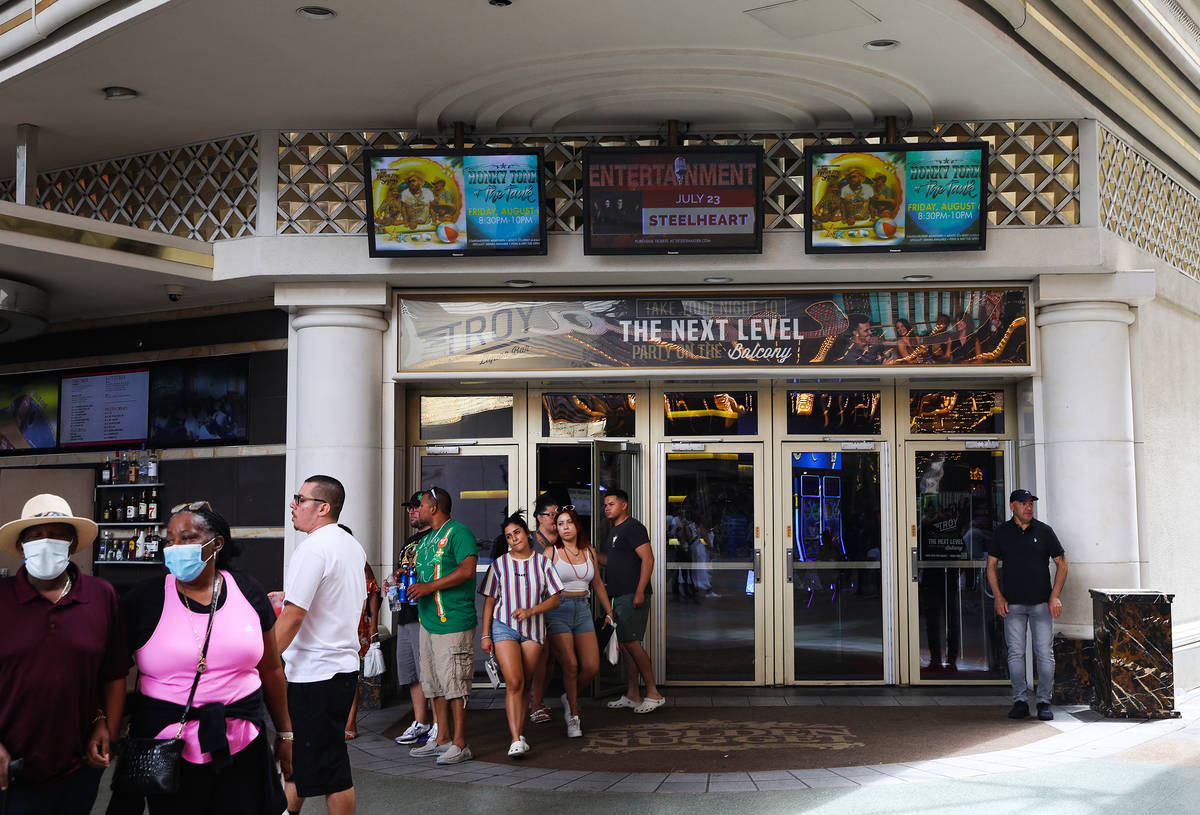 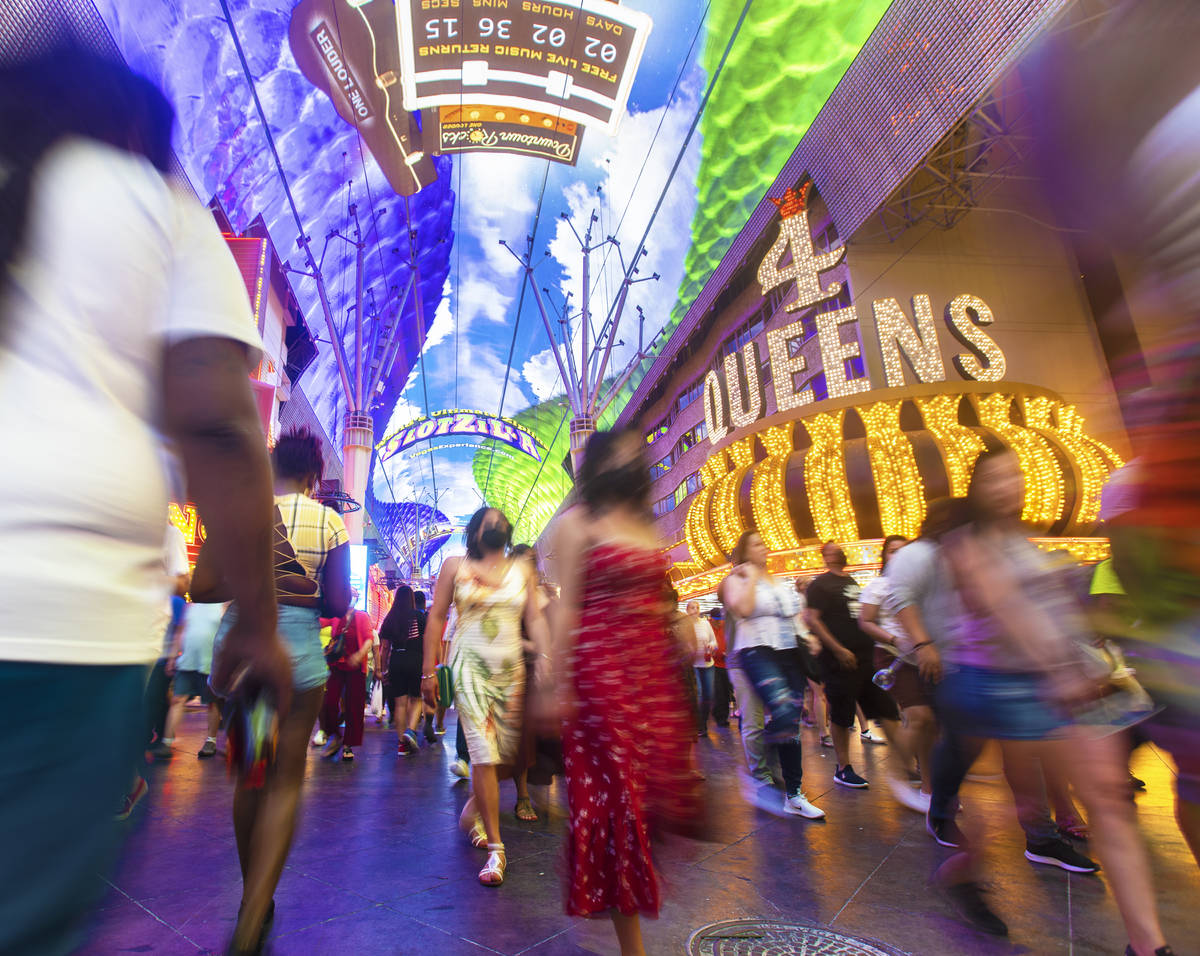 The engines that drive Las Vegas were humming once again this spring as casinos raked in record-levels of gaming win, but another surge in COVID-19 infections amid stalled vaccination rates threatens to upend the city’s momentum.

Southern Nevada officials on Tuesday moved to implement new measures to address the increased spread of the virus, and some analysts are concerned about what new restrictions and another potential economic slowdown could mean for the long-term recovery.

“Vegas is coming back, but these organizations are just getting to the point where they feel like there is a little bit of tailwind again. They’re nowhere near the level of performance before the first shutdowns,” Josh Swissman, founding partner of Las Vegas-based The Strategy Organization, said.

The statewide gaming win topped $1 billion for March, April and May — the first time that’s happened since just before the COVID-19 pandemic hit — with May setting an all-time monthly high as casinos brought in a record $1.23 billion.

When Gaming Control Board Senior Economic Analyst Michael Lawton presented the board’s forecasts for the state in early May to the Economic Forum, which helps set the state budget projections, the outlook then was already far rosier than what experts had predicted last fall and winter.

What Las Vegas saw in the spring exceeded even those latest projections, according to Lawton.

If June also surpasses that mark, it will be the first time that the state has recorded $1 billion in four consecutive months since 2008, Lawton added.

Occupancy rates in Clark County hotels have climbed each month this year, with May seeing weekend rates near 88 percent. And midweek occupancies are rebounding, hitting 62.8 percent in May, up about 5 percentage points from the month prior, according to the latest statistics from the Las Vegas Convention and Visitors Authority.

“Time will tell if these amounts are sustainable, but we are off to a great start,” Lawton said. “The fact that meetings and conventions are back on the calendar, leisure travel is rebounding and live entertainment and special events have returned bodes well for our outlook and our gaming win forecasts being met.”

But infection rates in Las Vegas and across the state have continued to climb since early June, prompting Los Angeles County health officials to recommend that residents avoid traveling to Las Vegas. And on Friday, the Southern Nevada Health District issued a new recommendation for all people — both vaccinated and unvaccinated — to once again wear masks while in crowded indoor public places.

And on Tuesday, the Clark County Commission took a more formal step and voted during an emergency meeting to require all employees, vaccinated or not, to wear masks while in crowded indoor public spaces. The requirement goes into effect 12 a.m. Thursday, and the commission will revisit the restriction on Aug. 17.

Any new restrictions probably would dampen the recent resurgence of tourists to Las Vegas, said Amanda Belarmino, an assistant professor at the William F. Harrah College of Hospitality at UNLV.

“The key to continued success for Las Vegas casinos and for the hospitality industry overall will be to see increased vaccination rates. However, as we see increases in new cases, we will continue to see changes in guidelines,” Belarmino said last week.

“Unfortunately, an uptick in cases will most likely result in reduced tourism, reduced revenue, and a return to restrictions. We will have to see what health officials recommend and follow those guidelines,” she said.

Swissman, from The Strategy Organization, said he hopes the state can avoid anything beyond recommendations by upping the vaccine efforts.

“I would hate to see anything happen that could potentially slow down this economic recovery and undo this hard work,” Swissman said.