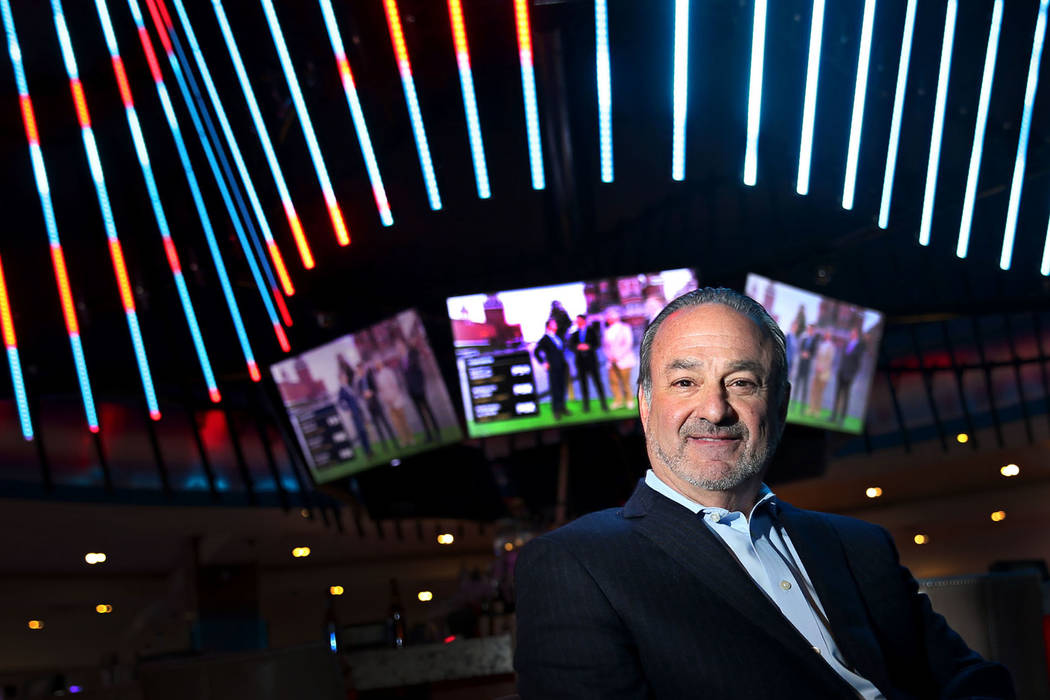 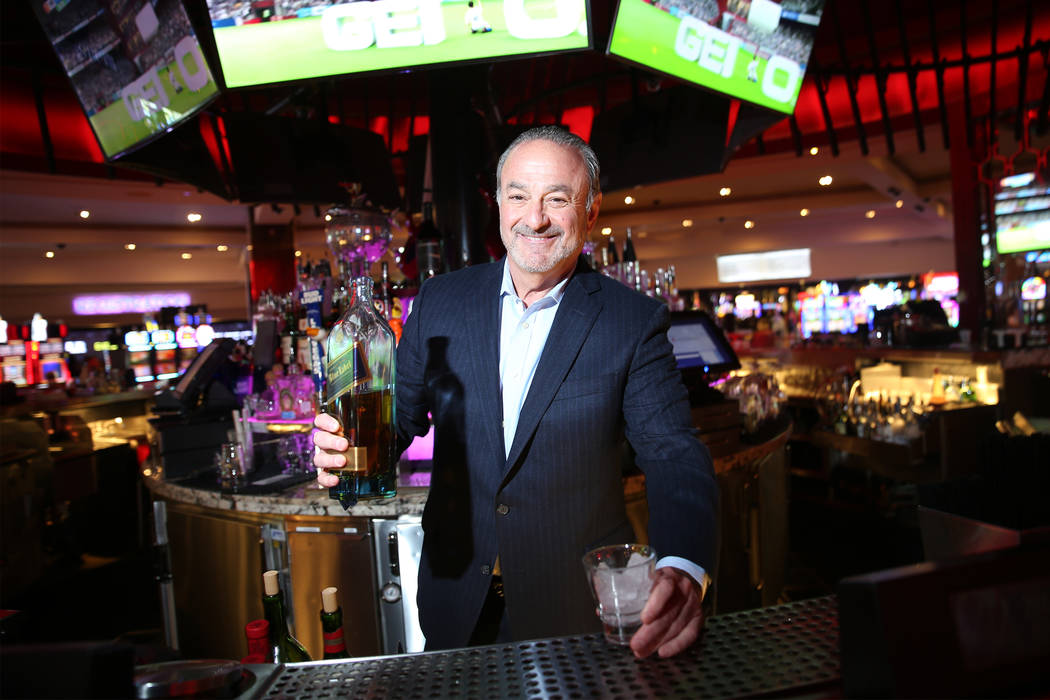 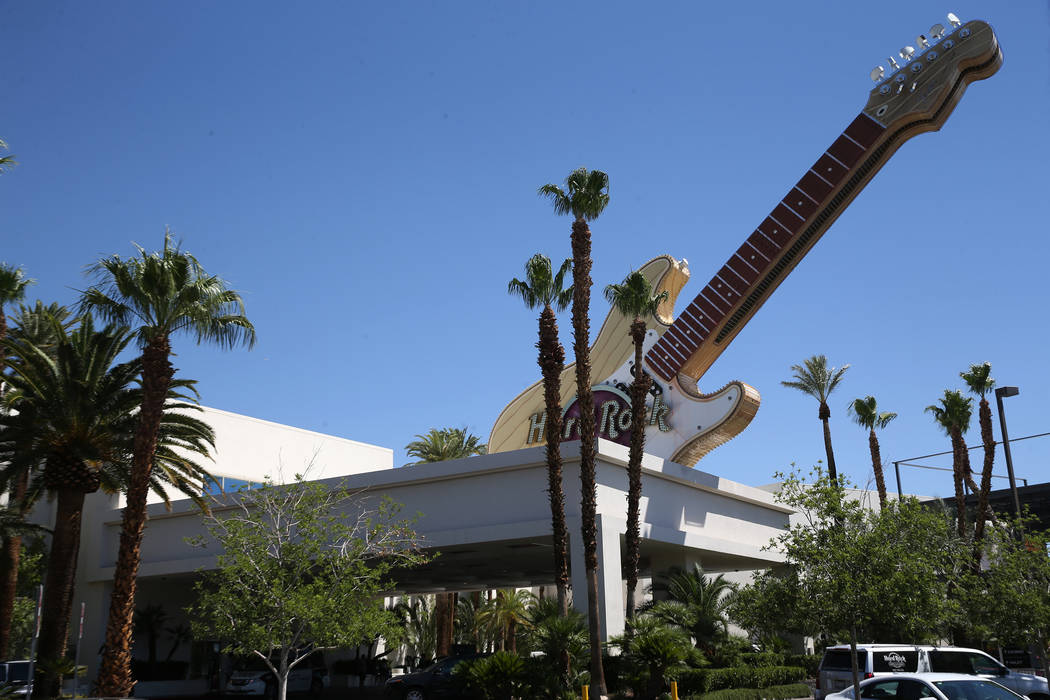 Months after developer Steve Witkoff bought the Fontainebleau last summer, he unveiled plans to turn the mothballed hotel into a Marriott-managed resort called The Drew.

But if Richard “Boz” Bosworth’s plans didn’t fall through, the north Strip tower could have become a Waldorf Astoria with several floors of timeshare units.

Bosworth, founder of Las Vegas-based Bosworth Hospitality Partners, said in an interview Wednesday that he tried for a year to buy the partially built hotel-casino, which stalled during the recession. But the deal never materialized, and he ended up looking at the Hard Rock Hotel.

Bosworth is now the Hard Rock’s CEO. He and other investors — including Juniper Capital Partners, multiple Canadian groups and flamboyant British billionaire Richard Branson, founder of the Virgin Group conglomerate — bought the off-Strip casino in March from Brookfield Asset Management.

They plan to turn it into a Virgin-branded property by the end of 2019.

Bosworth spoke with the Las Vegas Review-Journal at Planet Hollywood Resort after appearing on a panel at a National Association of Real Estate Editors conference. The interview was edited for length and clarity.

Had you been looking to buy the Hard Rock for a while?

Myself and Juniper Capital Partners, we were pursuing the Fontainebleau for a year, in 2016. We were very close, in early 2017, to buying it, but we had a gap — not a large gap — in our equity, and we presented our business plan to Brookfield (to get them as a possible partner). They owned the Hard Rock, and we eventually got into the mix for that hotel.

It’s a great property. I really wish Steve Witkoff absolutely the best; it’s important to Las Vegas. Our plan was a little bit different. We were going to sell off a portion of the property to a major timeshare operator, convert the top floors to luxury as a Waldorf Astoria, and then we were affiliating with a major Native American tribe out of the Northeast for one of the largest databases in America.

Hotel-casino operators rely heavily on customer databases. Did the Hard Rock have one that was up to date? And how will you compete with the likes of MGM Resorts International and Caesars Entertainment Corp., which have multiple hotels?

The Hard Rock was independent. There is an existing database, but it’s not nearly at the level that’s needed to success in this competitive environment. We’ll make this announcement in a couple of weeks, but we are going on one of the largest hotel reservation systems in the world. We’ll literally go from an existing database of 80,000 to 80-100 million by the time we open.

The Hard Rock is not really known as a locals casino, at least compared to Station Casinos’ properties. Will you try to get more locals there, and if so, how?

It is a significant part of our business plan. We need the right food and beverage offering, the right price points, the right packaging, and it includes the right entertainment as well. If you look today, there is a considerable local clientele that has always gone to the Hard Rock, but there’s no Body English nightclub anymore, no Wasted Space nightclub. By losing some of those outlets, we lost a lot of that traffic.

Have you started renovations at the Hard Rock and have you determined what will happen to its signature guitar out front?

We have entered into our design stage. The earliest we would be able to start renovations is April 2019. As for the guitar, the answer is, I don’t know. Whatever it is, it’ll be dramatic — maybe Richard Branson’s going to sit on it in a parade down Las Vegas Boulevard. I don’t know.

You mentioned an anecdote during the panel about sticking your nephew outside adult revue “Magic Mike Live.” What were you trying to figure out, and how did you go about it?

The business thesis presented to us for the property dealt with this Magic Mike show, that it would create such significant traffic flow for gaming and food and beverage, that the financial performance would reach a whole different peak level.

It’s not that big of a venue, though, right?

No, it’s not; it’s 450 seats. And it does well, it’s a popular show. But I needed to prove out that underwriting because that was a big leap of faith. And while there certainly have been improvements from the show, with restaurants and gaming, by having my nephew watch where people went, and seeing how much business was exiting the property, and seeing hosts from the top nightclubs around the city basically meeting our show guests and taking them to other venues, it was clear to us we didn’t have the right mix of food and beverage that was meeting their needs. Most of them were just leaving the hotel.

So he just sat outside?

I’d pay his bar tab, he would sit at the Midway Bar, he would watch, he had a notepad and took notes and then he would call me. It was his first job out of college. Can you imagine, right? I wish I was my own uncle.

New hotel projects have had a hard time in Las Vegas since the recession. Resorts World is delayed, Alon never went anywhere, and Lucky Dragon has had a brutal start. Why do you think new projects have struggled, even though the tourism market has improved?

I think it’s the dynamics of capital, frankly. The capital that is generally accessible for these projects is a shorter-term business model. You’ve got to realize your investment in three to five years. You can’t build, spend that level of capital, look to stabilize a property, look to create profits, and get that immediate return.

It just doesn’t work. It doesn’t go that fast. It’s also why we didn’t want to build new, and instead take an existing product with cash flow and revamp it.