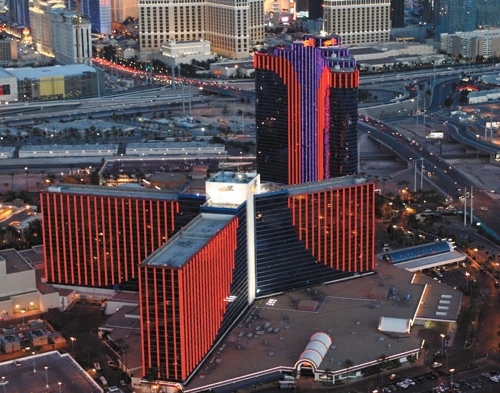 The Rio hotel-casino, situated off the Strip on Flamingo Road, is home to the World Series of Poker tournament and Penn & Teller. If Rio Vice President Jeff Solomon has his way, the hotel would use those events along with other incentives to attract more locals to the resort.

To increase its market share among locals, the resort has begun offering Las Vegas residents discounts to its shows, restaurants and casino.

But the Caesars Entertainment Corp.-owned property faces competition from other well-established companies such as Boyd Gaming Corp. and Station Casinos Inc. for a piece of the lucrative locals gaming market.

The locals market earned $1.81 billion by the end of October 2010, down 4.5 percent year-to-date from $1.89 billion in total gaming revenue in 2009, figures released by the Nevada Gaming Commission show.

“The Las Vegas locals are who keep this city functioning as the entertainment capital of the world,” said Solomon, who added that the hotel’s off-Strip address was a convenient location for locals.

“Everyone is looking for a good deal, especially in this economy,” Caesars spokeswoman Brandy Bell said. “We decided to give an extra benefit to locals. With the Rio just off the Strip we get a lot of tourists, but we appreciate locals.”

Locals who sign up for a Caesars Entertainment Total Rewards card will be reimbursed up to $100 during an hour of slot play or table games, Bell said.

Bell declined to release visitor figures for the Rio, but said that out of the company’s 10 Las Vegas properties, the Rio ranked highest in regular visits by locals.

“To me it seems like they are not getting the visitor volume they want,” said David G. Schwartz, director of the Center for Gaming Research at the University of Nevada, Las Vegas. “It’s basic economics. … Make sure demand catches up with supply.”

He said most people don’t realize that Caesars is already a local and regional operator, especially in Louisiana and New Jersey.