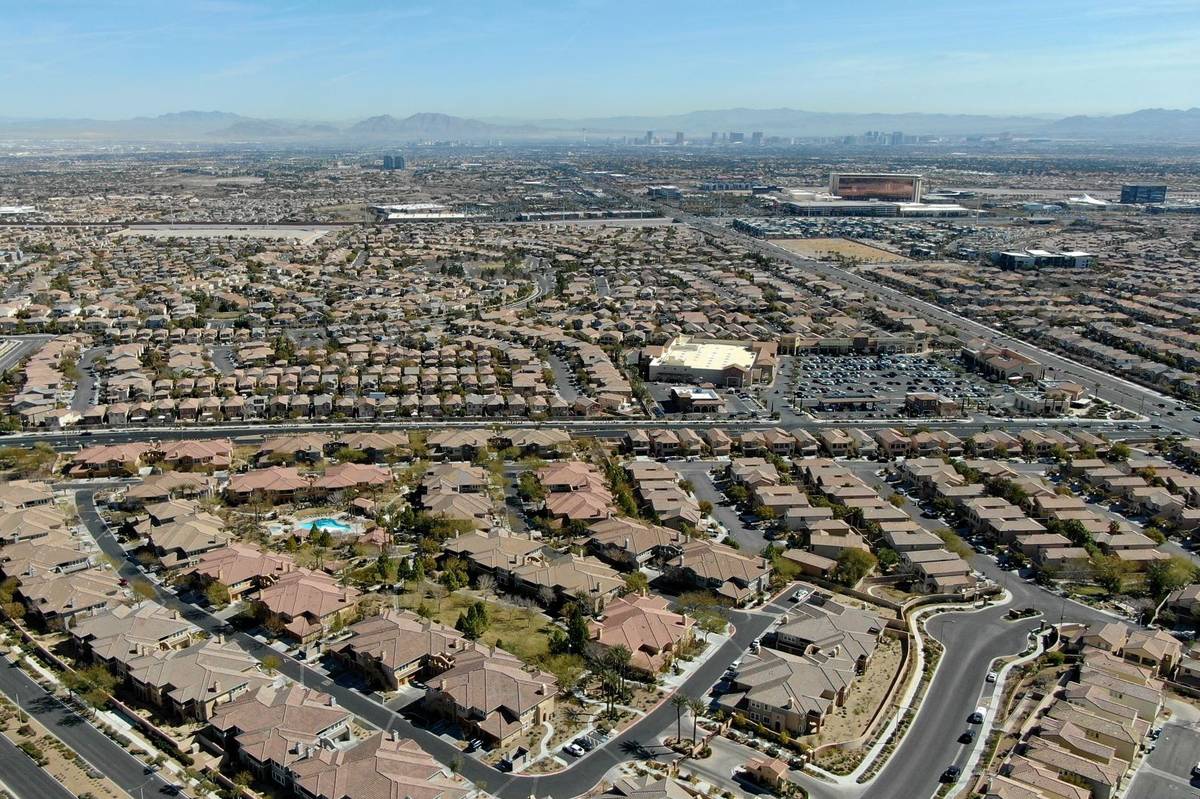 A total of 3,543 single-family homes — the bulk of the market — traded hands in June, up 11.1 percent from May and 43.8 percent from June 2020, according to a new report from trade association Las Vegas Realtors, which pulls data from its resale-heavy listing service.

Inventory remains low in Southern Nevada but climbed substantially month to month, as 2,454 houses were on the market without offers at the end of June, up 20.8 percent from May but down 51.7 percent year over year, the association reported.

Locally and nationally, the heated housing market showed some signs of cooling off during the normally busy spring buying season. In Southern Nevada, sales totals fell for two consecutive months, customer traffic to homebuilders’ subdivisions dropped, and the tally of available listings rose.

But houses are still selling fast, prices continue to set record highs, and if the newest report is any indication, the recent sales tumble might have been short-lived.

According to a news release, Las Vegas Realtors President Aldo Martinez doesn’t see Southern Nevada’s market “slowing down as some sources have suggested, though he does see the effect of rising prices on prospective buyers.”

Home prices are “starting to exceed what many citizens of this community can afford, and any sign of slowing down aside from a seasonal adjustment is likely attributed to not as many buyers being able to afford a home at these prices or having the cash to come out of pocket due to lagging appraisals,” Martinez said in the release.

He also stated that the number of people who will have to rent because they can’t buy at current prices “is the primary reason so many more investors jumped into our market at the start of this year. They foresaw a healthy rental market in the future, and it’s drawing near.”

Overall, Las Vegas’ housing market accelerated with rapid sales and rising prices over the past several months, thanks largely to rock-bottom mortgage rates that have let buyers stretch their budgets and despite huge job losses sparked by the coronavirus pandemic.

People have showered homes with offers and routinely paid over the asking price, builders have put buyers on waiting lists, and prices have never been higher.

According to LVR, 88.6 percent of single-family homes that sold in June had been on the market for 30 days or less, up from 64.4 percent of the house sales in January.

Still, Las Vegas wasn’t the only market to see its housing sector tap the brakes in some ways lately.

Nationwide, the pace of homebuilders’ sales in May dropped 5.9 percent from April to the slowest rate in a year, and sales of previously owned homes fell for the fourth consecutive month in May, recent reports show.

The pullback came amid rising prices but also as the economy further reopened from coronavirus restrictions.

“The housing market was going 100 miles per hour and now it’s down to 80,” Daryl Fairweather, chief economist of listing site Redfin, said in a report in early June, adding that this was not a bubble bursting.

“Rather, it’s a sign that consumers might rather spend their time and money on other things besides housing now that travel, dining and entertainment are resuming in full force,” Fairweather said.