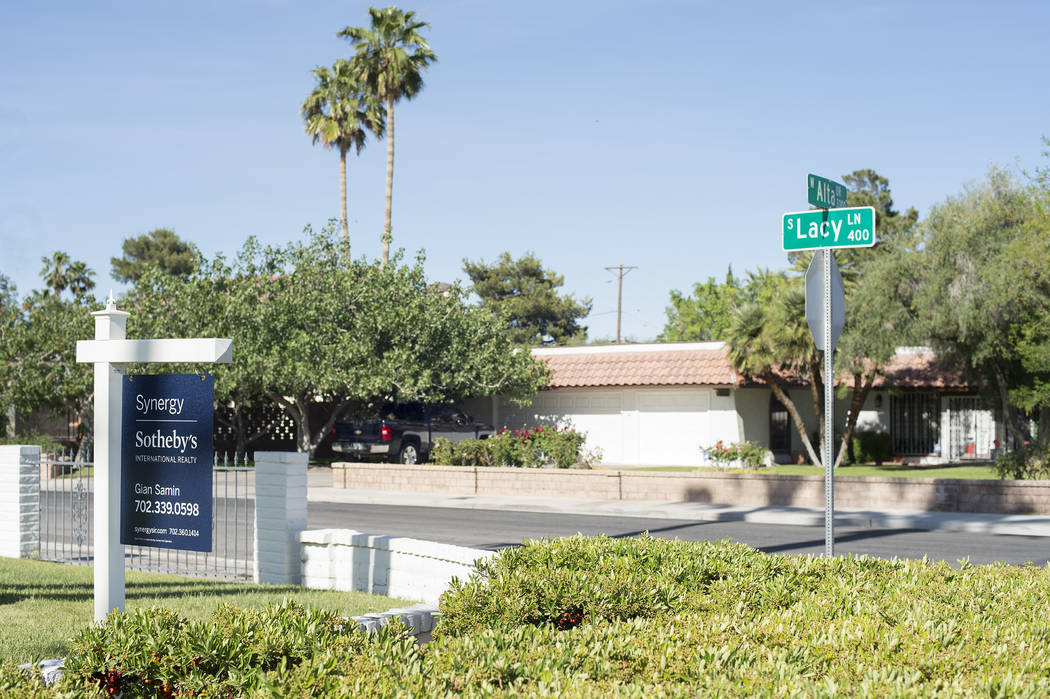 A "for sale" sign sit out front a home near the intersection of Lacy Lane and Alta Drive on Wednesday, May 3, 2017, in Las Vegas. Bridget Bennett Las Vegas Review-Journal @bridgetkbennett

Las Vegas house prices rose sharply in March from a year earlier as sales totals dipped, according to a new report.

The median sales price of previously owned single-family homes was $280,000 last month, up 1.8 percent from February and 15.7 percent from March 2017, according to the Greater Las Vegas Association of Realtors.

Buyers picked up 3,152 single-family homes in March, up 48.1 percent from February but down 1.3 percent from a year earlier.

Availability remained tight, with 3,835 such houses on the market without offers at the end of March, up 5 percent from February but down 30.1 percent from a year earlier.

Sales and prices usually climb in the spring, but prices for houses and condos “are going up faster so far this year than they usually do,” GLVAR President Chris Bishop, of Coldwell Banker Premier Realty, said in a statement.

Sales totals “are fairly similar to this time last year and have begun to level off a bit,” he said, adding that the group attributes this, at least in part, to the low inventory.

Las Vegas home prices have been rising at one of the fastest rates nationally, and last year’s sales total in Southern Nevada was one of the highest on record, despite the plunging inventory.