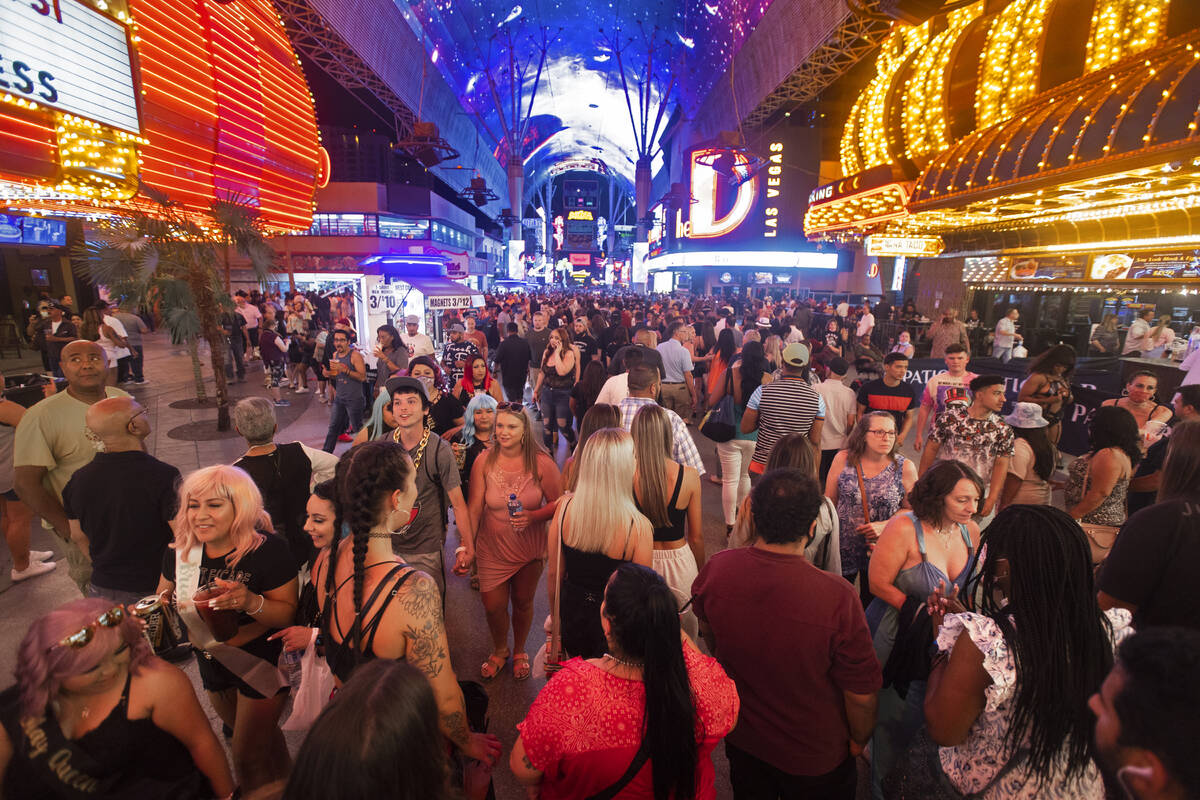 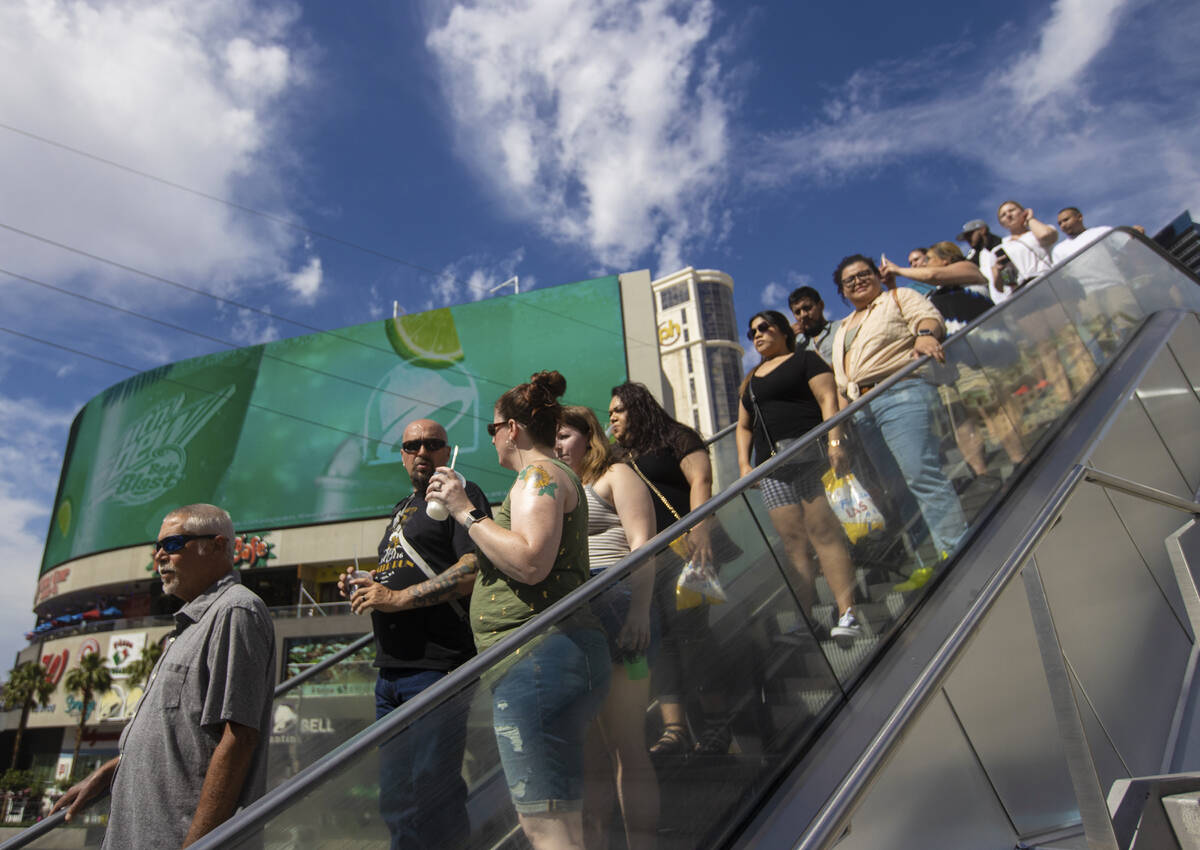 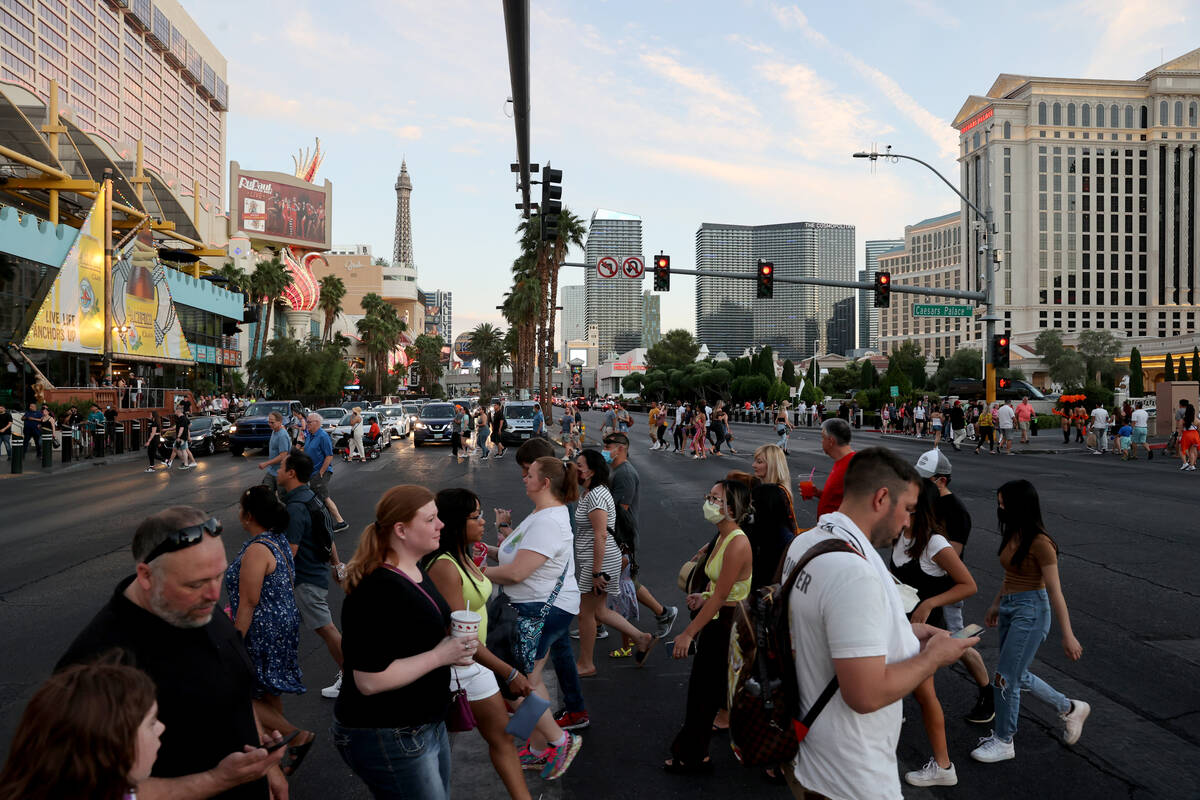 Crowds cross the Strip at between the Linq Promenade and Caesars Palace in Las Vegas Friday, May 28, 2021. (K.M. Cannon/Las Vegas Review-Journal) @KMCannonPhoto 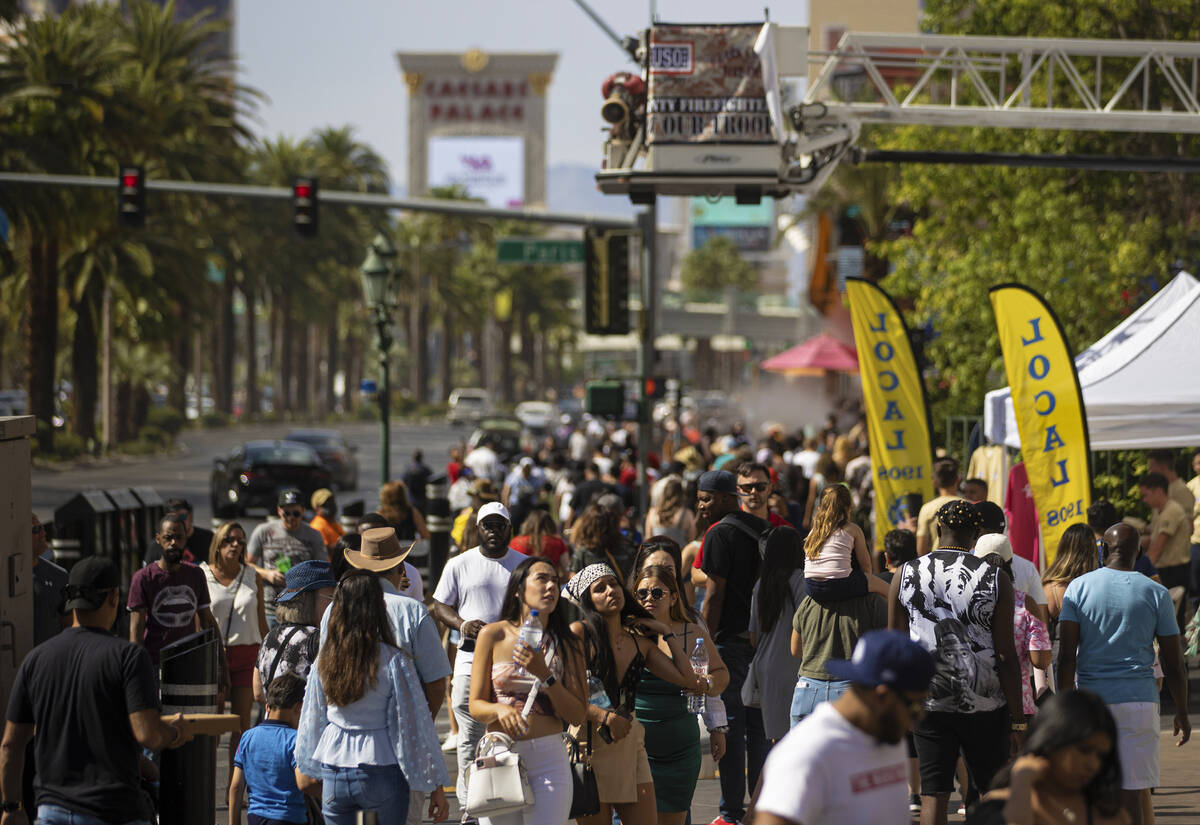 Memorial Day in Las Vegas is on track to look like a pre-pandemic holiday weekend, experts say, despite gasoline prices and other high costs from inflation.

“Americans have been waiting for vacations, waiting for road trips, since the pandemic began,” Treanor said.

That’s regardless of high gasoline prices, which averaged $4.59 per unleaded gallon nationally and $5.19 in Las Vegas on Wednesday, AAA said.

All the while, gasoline prices and inflation are on the minds of travelers. Ninety percent of adults surveyed by the AHLA said gasoline prices factor into the decision of whether to travel in the next three months.

At Gasbuddy, analysts found some Americans may adjust their travel plans to venture shorter distances or for shorter lengths of time, head of petroleum analysis Patrick De Haan said.

“It reflects to me that Americans aren’t gonna sit by idly and let another summer go by, even amidst high prices,” De Haan said.

It’s a sentiment Treanor noticed, too.

But it appears that belief applies less to leisure spending.

“We saw Americans change their daily activity, their daily routine, once the gas prices hit $4,” Treanor said. “But when it comes to those big trips, those 50-mile plus road trips or vacation planning that they’ve been putting off for a year — gas prices weren’t going to affect it, nor the other prices that are going up.”

What to expect in Las Vegas

“All indications show that Memorial Day will be a very strong kick-off to the summer travel months ahead,” Nevada Resort Association president Virginia Valentine said in a statement. “The resorts are seeing robust demand, interest and enthusiasm for the long weekend due in part to the variety of A-list entertainment, pool parties and special events taking place across the city. The level of demand continues to show that Las Vegas offers the experiences, energy and world-class attractions that visitors want, and that’s great news for our community’s continued economic recovery.”

Analysts say that it will look more like 2019, with the weekend marking a traditional return to leisure travelers. They point to indicators such as the influx of recent visitors for Electric Daisy Carnival, several months of record gaming revenue and strong leisure visitor volume in 2022 so fardespite the spring typically known as being better for its business travelers.

“It’s not like last year where we still had some restrictions and there was a lot of uncertainty,” said Amanda Belarmino, an assistant professor at the William S. Harrah College of Hospitality at the University of Nevada, Las Vegas. “I think in some ways, it’s going to be much more similar to 2019 than 2021.Last year it was sort of that – ‘Freedom!’ But now, we’ve probably been someplace before.”

That’s not to say inflation won’t matter to Strip visitors on the holiday weekend or beyond, she said. They might choose to tighten their belts in other ways, such as spending less on food and beverage, gaming or entertainment.

“Let’s say they might normally want to stay at one hotel and go to other parts of town,” she said. “They probably won’t move around as much.Someone’s staying on the Strip, they’re probably not going to go downtown and vice versa.”

Industry analysts say the weekend often acts as a bellwether for summer leisure travel, but only time will tell how long inflation and increased gasoline prices will affect tourism.

“As wallets get tighter, you’re going to start seeing some impact,” said Brendan Bussmann, an industry analyst and founder of Las Vegas-based B Global. “What that is, I’m not fully sure yet. I think it’s yet to be seen how long this is going to last and how deep it may go. But for the short term, it’s not going to see the greatest impact. The real test is going to be at the end of summer and heading into Q3.”

“It’s still early in the economic cycle to make any sort of real prediction about what will happen longer term, in terms of desire or ability to travel,” he said. “If we’re talking about Labor Day weekend three months from now, you would still see people complaining about the added cost of a tank of gas or plane ticket to Vegas. But they’d be doing it on their way to Las Vegas as opposed to from their couch.” 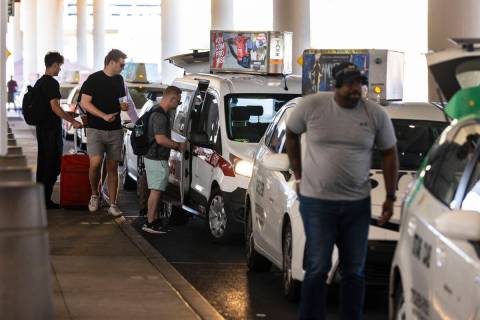