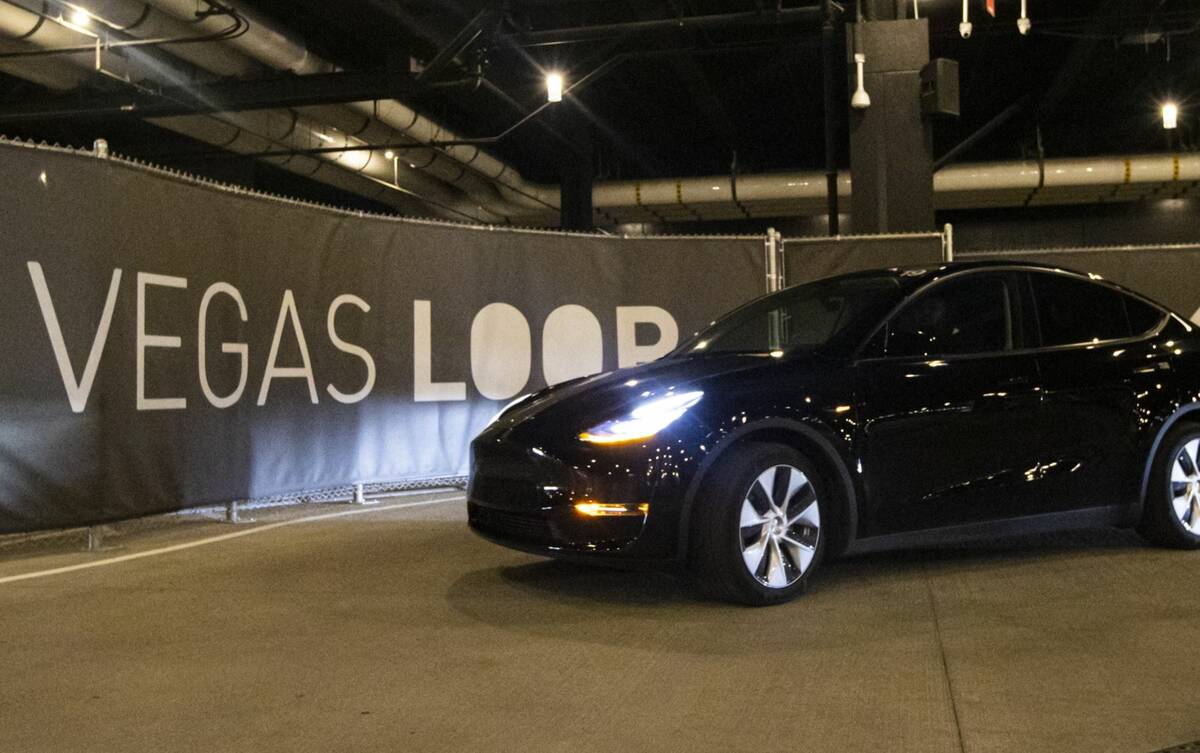 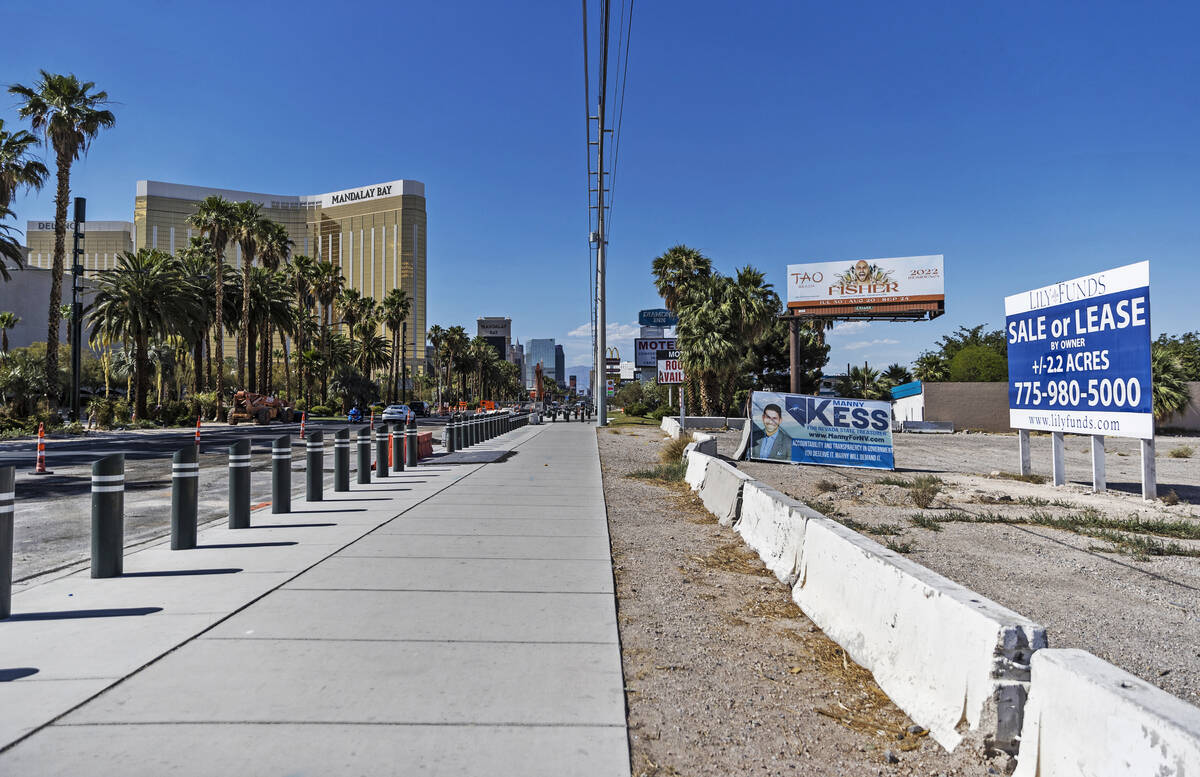 The view of the Strip from 4613 South Las Vegas Boulevard on Monday, June 6, 2022, in Las Vegas. (Benjamin Hager/Las Vegas Review-Journal) 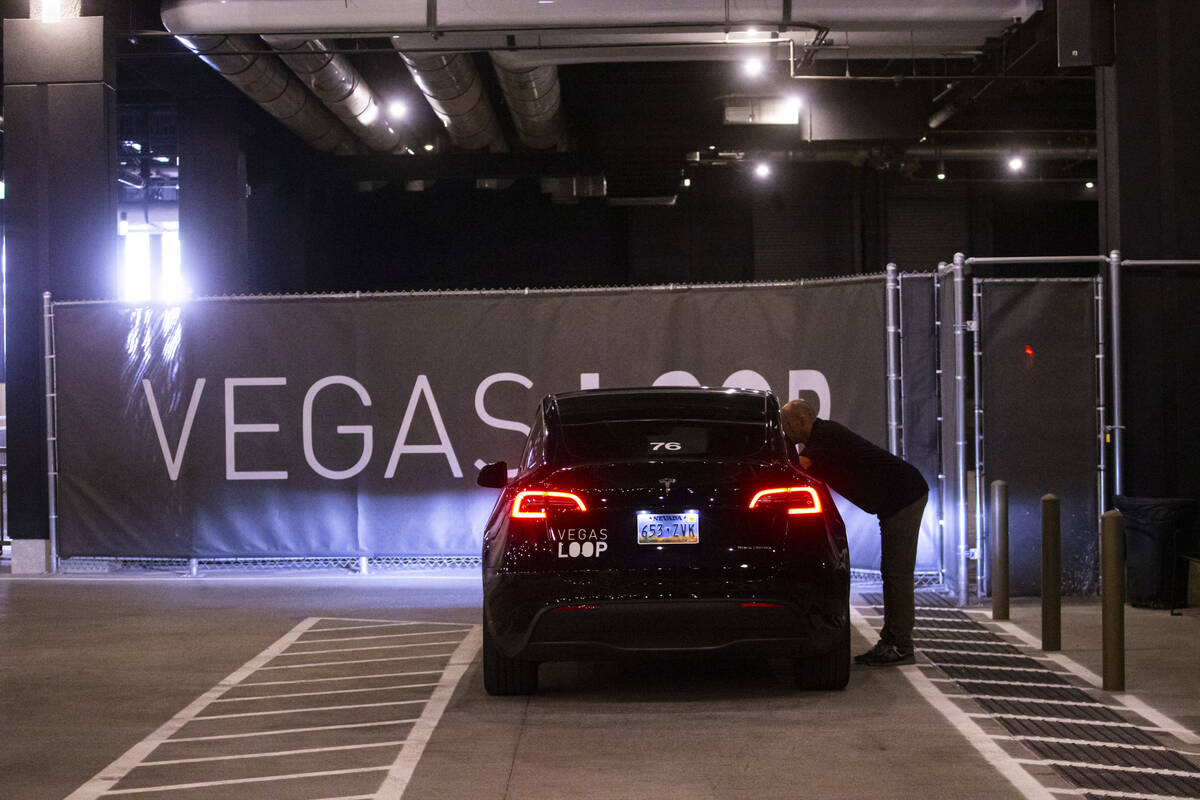 The Boring Co. is looking to add another Vegas Loop stop on the south Strip.

The Clark County Commission is set to vote Sept. 7 on the Boring Co.’s plans to add the 56th planned station for the underground loop project on a 2.2-acre parcel of land at 4613 Las Vegas Blvd., South, said Nancy Amundsen, Clark County director of comprehensive planning.

That plot of land was purchased in June by Object Dash trust for $12.8 million.

It remains unclear who is behind Object Dash, but Charles Frank Wood is listed as the manager for Object Dash trust on documents submitted to Clark County. Wood’s law office is based out of Brownsville, Texas, with the address noted on the county documents matching Wood’s office.

Brownsville is the same city where Boring Co. founder Elon Musk lives and where his SpaceX company has a spaceport and production facility. The law office and SpaceX are located 21 miles apart on the same road, according to Google Maps.

The portion of land is across Las Vegas Boulevard from the Mandalay Bay, near the intersection of Russell Road. Back-up material for the item set be heard by the Paradise Town Board on Tuesday notes the design for the station will be brought back for approval at a later date.

Before the station plans come into play, the land is planned to be used as a temporary storage yard for Boring Co. construction related to connecting Allegiant Stadium to Tropicana Avenue, Amundsen said. That use permit is also set to voted on by the county commission next month.

While the site is being used as a storage lot, a 1,440-square-foot office trailer, a restroom trailer and a 40-square-foot security booth are set to be added to the land.

The Boring Co. has been operating the Convention Center Loop at the Las Vegas Convention Center for over a year. The first Strip off-shoot of the system opened last month connecting Resorts World to the convention center.

The Vegas Loop is set to be built in segments and later connected to open up a 29-mile underground transportation system, linking passengers up-and-down the Las Vegas Strip and into downtown Las Vegas. Tesla model vehicles will be used to transport riders on the point-to-point system.

Plans already exist for the Tropicana Loop, Caesars Loop and a Westgate connection. Steve Hill, Las Vegas Convention and Visitors Authority CEO, said earlier this year that he expects some portions of the Vegas Loop to be operational in 2023.

Boring Co. President Steve Davis noted last year that five to 10 stations are planned to be open within the first six months of construction starting on the Vegas Loop. Around 15 to 20 stations are expected to be added each year until the full build-out is met.

Initial plans called for 55 stations to be included in the Vegas Loop project. That number will change as new projects are announced.

Clark County Commissioner Michael Naft said some early talks have been held with those behind various projects planned for a 300-plus portion of land on Las Vegas Boulevard, between Warm Springs and Blue Diamond roads.

Those plans include the Brightline West train station, a $3 billion resort/NBA-ready arena project and a potential Major League Soccer stadium.

“Conversations are happening around further south Las Vegas Boulevard,” Naft said. “Where all the development is.” 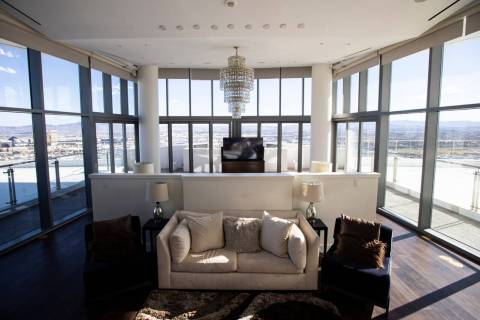 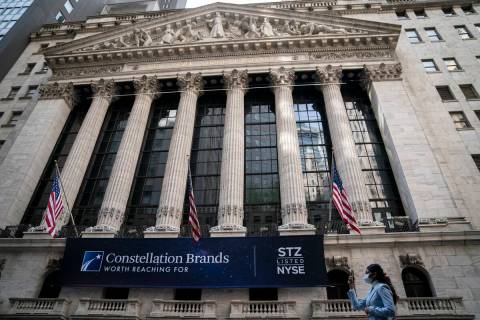 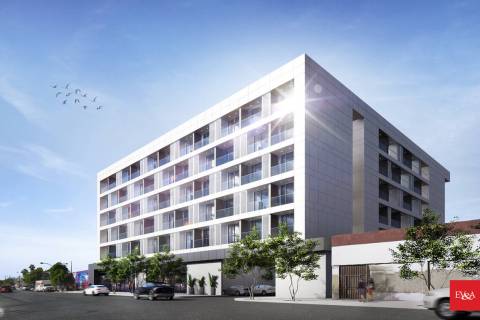 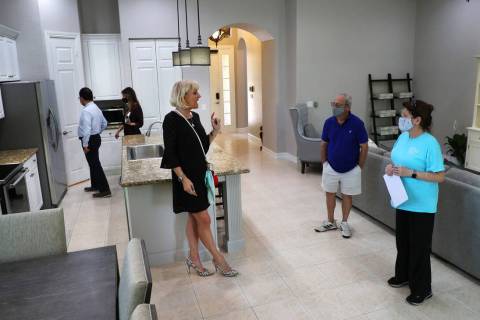