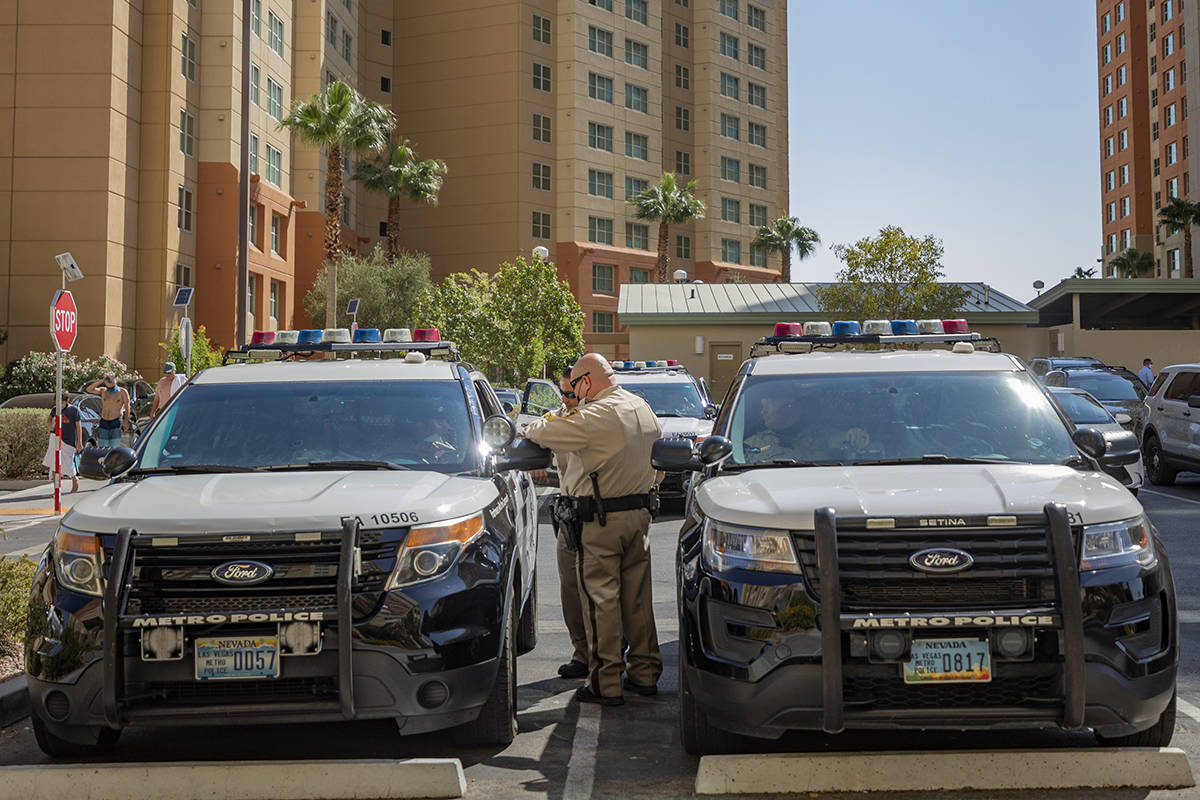 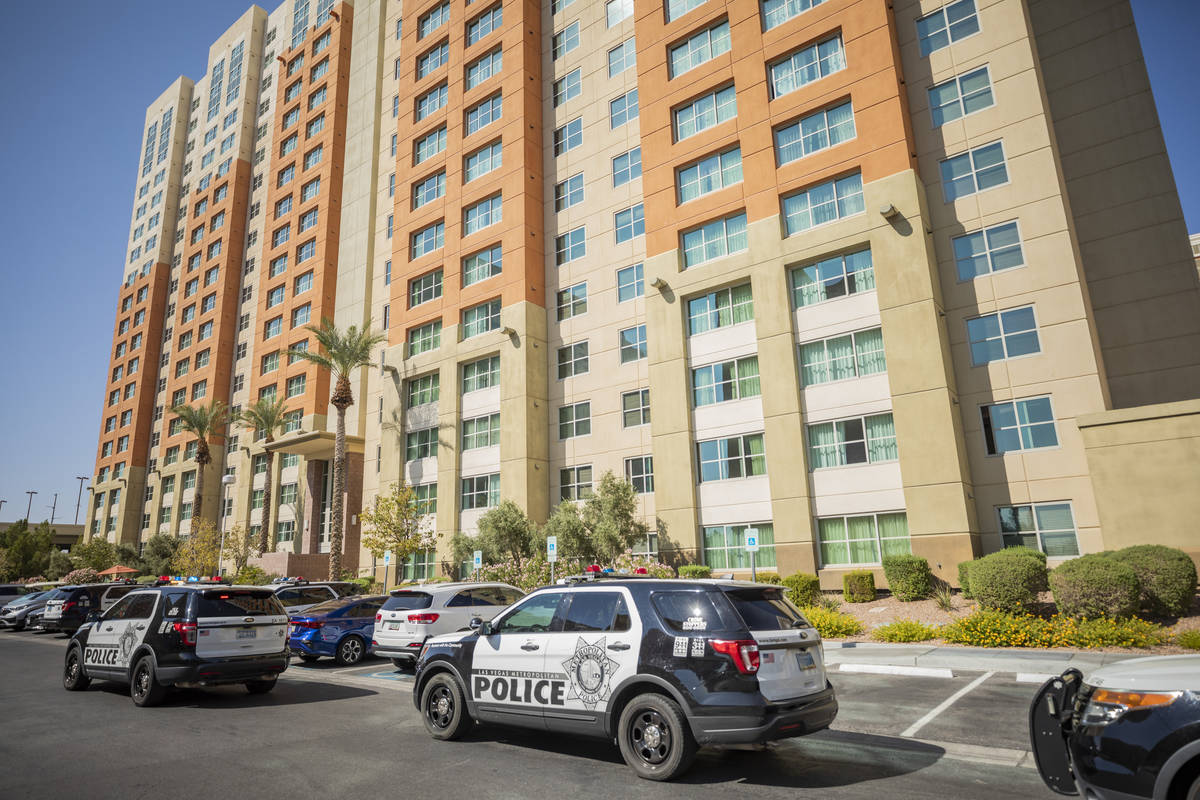 Three men, ages, 30, 32 and 33, were identified as suspects in the Oct. 4 stabbing of Kimble Turner, 36, of Las Vegas, at the Grandview at Las Vegas, Metropolitan Police Department Lt. Ray Spencer confirmed Wednesday afternoon.

Turner was found suffering from a stab wound after police were called at about 11:30 a.m. to the timeshare resort at 9940 Las Vegas Blvd. South, the Review-Journal previously reported.

Police were initially searching for up to eight people seen driving away from the resort after the stabbing, Spencer said at the time.

Investigators believe that Turner and a woman went to the resort to retrieve the woman’s property from a group of people celebrating a birthday in one of the rooms. When they knocked on the door, an altercation began between the woman and another man, who then chased Turner, Spencer said.