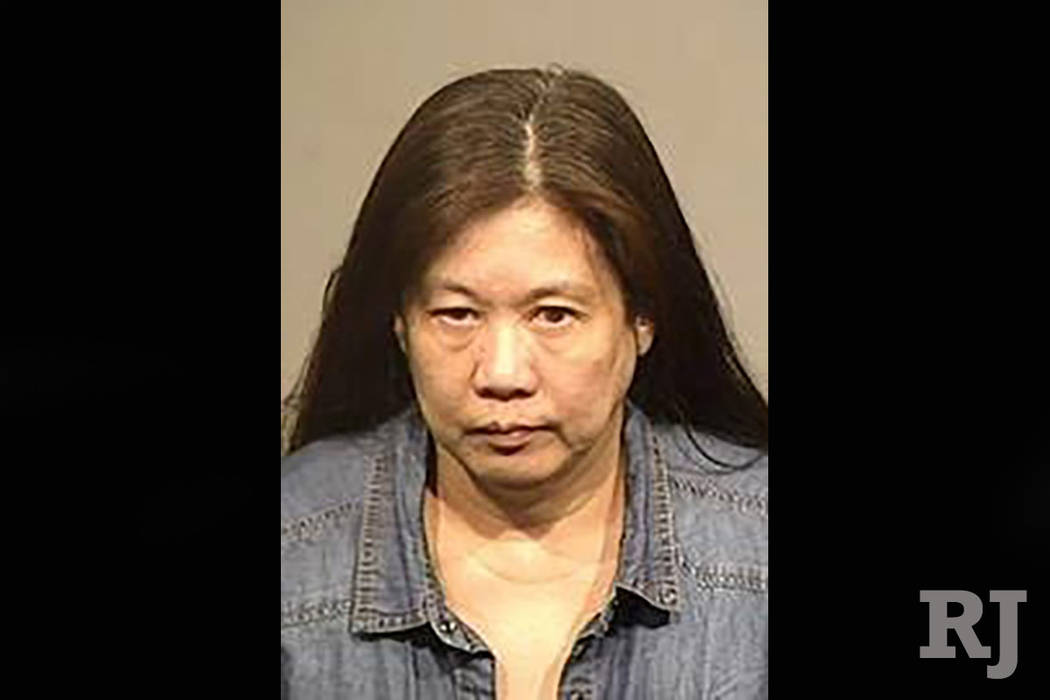 Lynn Benson, whose husband pleaded guilty in January to filing bogus real estate paperwork in Las Vegas, has been charged with mortgage fraud.

Nevada Attorney General Adam Laxalt announced Friday that police in Cloverdale, California — 85 miles north of San Francisco in Sonoma County — arrested Benson there after a warrant for her arrest was issued in Las Vegas.

Laxalt’s office alleged that Benson, 54, conspired with her husband, Thomas Benson, to “mislead victims into believing their homes could be saved” from foreclosure “if they followed a scheme where they could avoid making additional payments on their home,” according to the news release.

On Friday, the case docket online did not show an attorney for Benson or any upcoming hearings in Justice Court.

Benson was arrested Wednesday alongside her husband — they were driving together when state and local police pulled them over — and booked into a Sonoma County jail. She has a scheduled court hearing Friday, Chief Stephen Cramer of the Cloverdale Police Department said in a news release.

During a search of the vehicle, officers found evidence of financial elder abuse and provided that information to the FBI, he added.

Thomas Benson, who was not charged by Laxalt’s office in his wife’s case, pleaded guilty Jan. 8 to two felonies, each from separate cases against him.

With one plea, he admitting to offering a false instrument for filing or recording — specifically, filing a fake residential lease with the Clark County recorder’s office. With the other, he pleaded guilty to false representation concerning title — namely, filing a “lis pendens” with the county, or notice of legal action, against a foreclosed home he was accused of trying to take over.

He is scheduled to be sentenced Monday in Clark County District Court.

Thomas Benson was arrested last year on charges stemming from an alleged takeover of a 2-acre foreclosed home on La Mancha Avenue, off Ann Road and the 215 Beltway. He sued for the custom-built property and filed a lease for it on the same day in 2016.

The Catania family, the home’s former occupants, were evicted months after losing it to foreclosure. They told the Las Vegas Review-Journal that a man named Tom called to say they could come back for their stuff, but when they arrived, strangers were tossing the place.

Prosecutors alleged the group included Benson, who was indicted on charges including theft, burglary and offering a false instrument for filing or recording.

Benson has said in court papers that he’s “not a person” and showed his “proof of life” with blue footprints. He also issued orders from a nonexistent court.

The Review-Journal reported in 2016 on Benson’s history of unusual court filings, as well as some of his associates and homes linked to him. He sued the paper, this reporter and several others in 2017, but a federal judge dismissed the case this year.