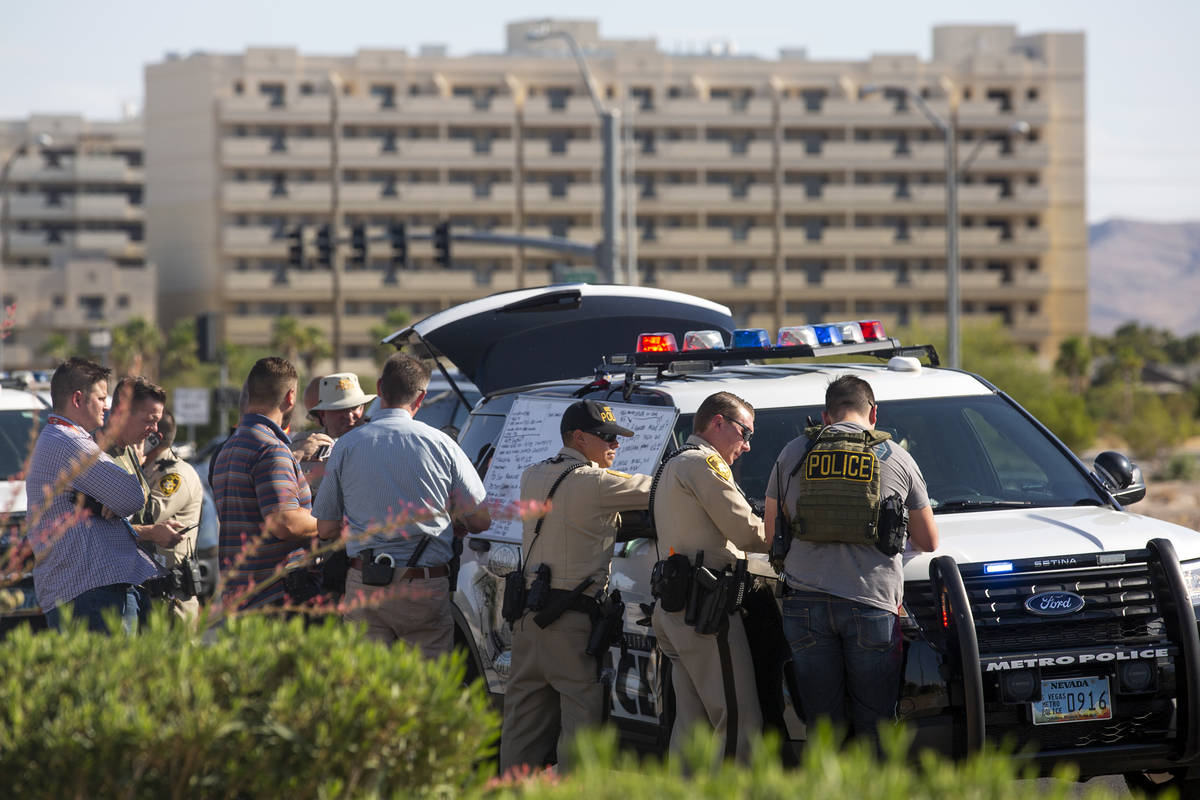 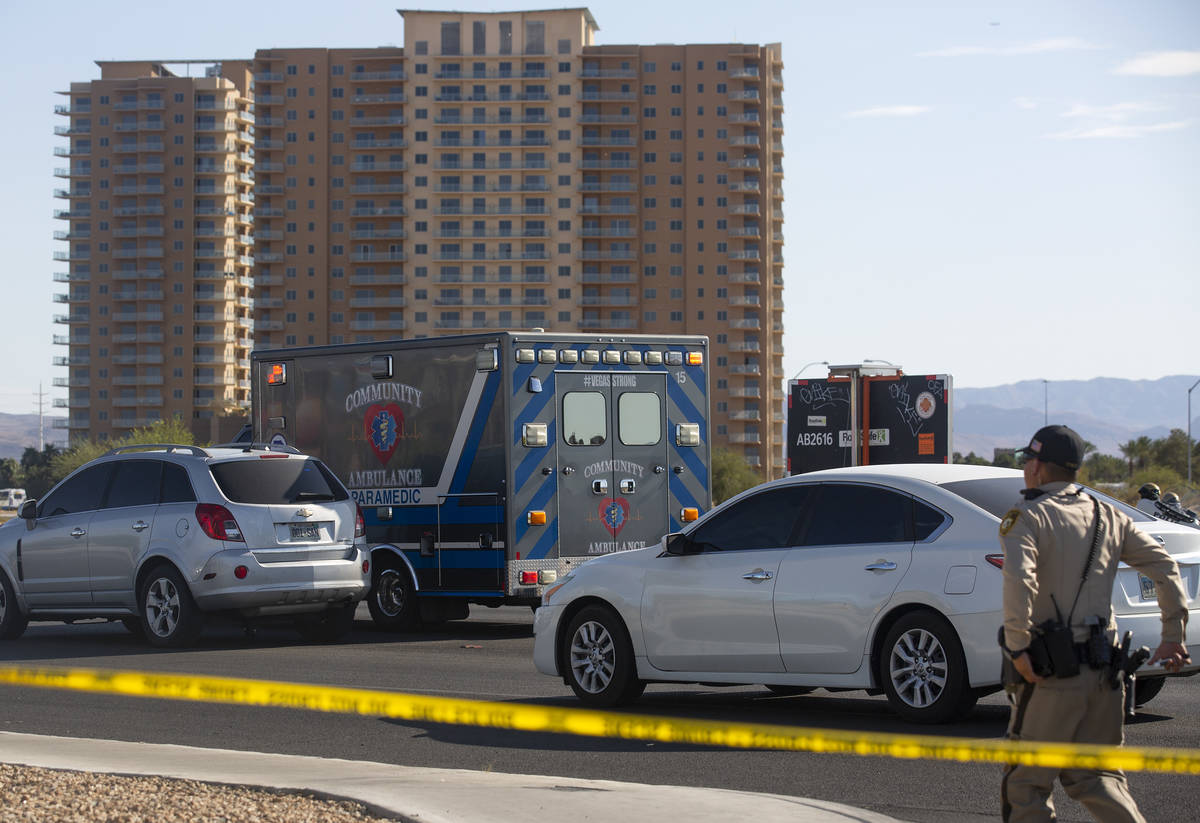 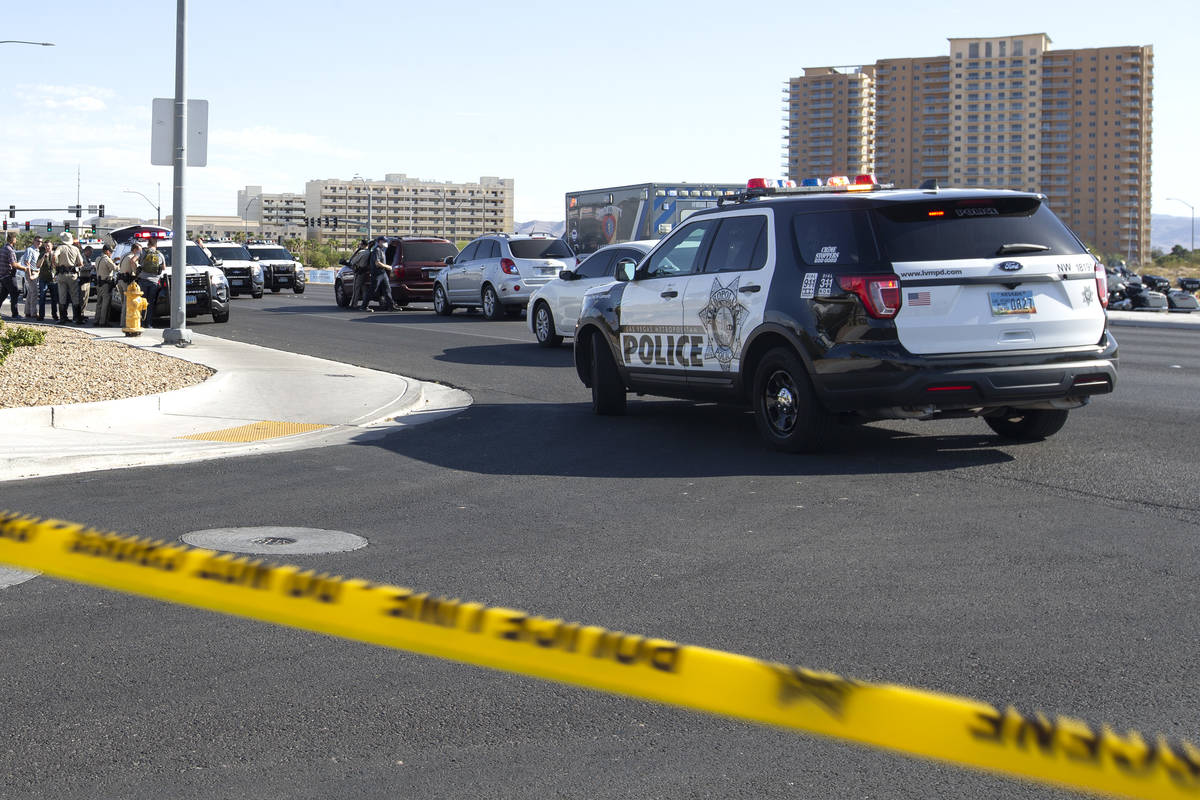 A man fatally shot himself after a vehicle pursuit involving Las Vegas police that lasted more than an hour Saturday afternoon.

Officers attempted to pull over a man who was wanted on multiple felonies around 2:45 p.m. near Durango Drive and Cheyenne Avenue, according to Metropolitan Police Department Lt. Ken Nogle.

The man “took off at a high rate of speed,” and police followed the car for nearly 20 miles, Nogle said.

The pursuit ended at Las Vegas Boulevard at Windmill Lane just after 4 p.m. when police attempted to stop the car and the man shot himself, police said.

Officers attempted to render aid, and the man was pronounced deceased at a nearby hospital, Nogle said.

Police reopened the intersection at 9:40 p.m.

The man will be identified by the Clark County coroner’s office pending notification of kin.