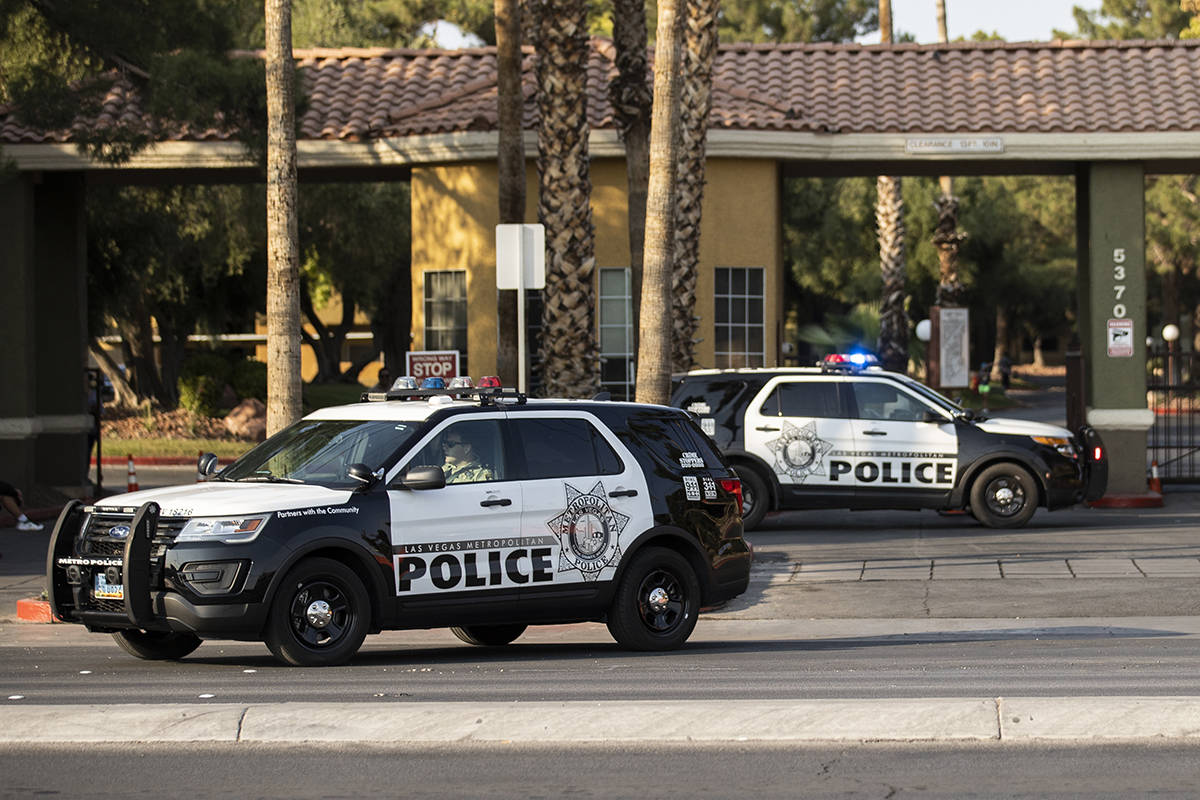 The LVMPD investigate a barricade situation involving a man not allowing a female and child to leave an apartment at Eagle Trace Apartments at 5370 East Craig Road on Wednesday, Oct. 21, 2020, in Las Vegas. (Benjamin Hager/Las Vegas Review-Journal) @benjaminhphoto 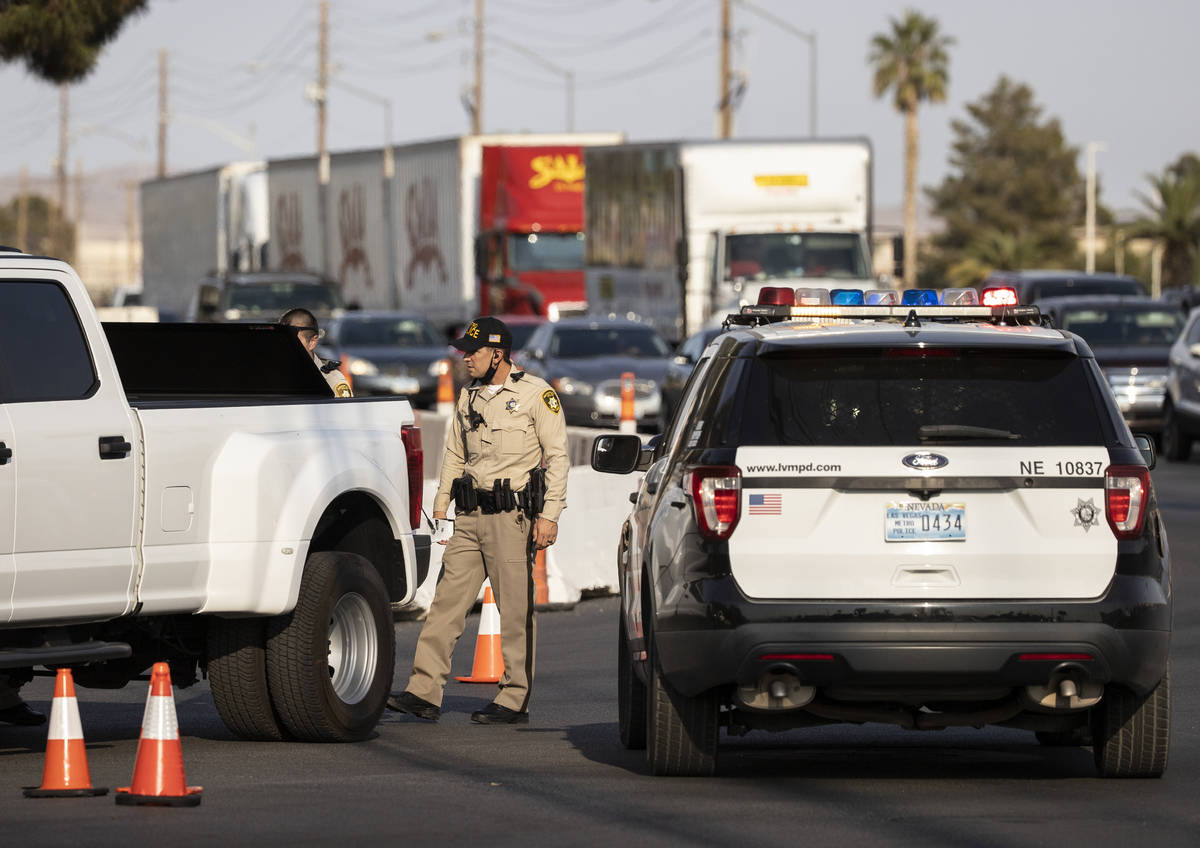 The LVMPD investigate a barricade situation involving a man not allowing a female and child to leave an apartment at Eagle Trace Apartments at 5370 East Craig Road on Wednesday, Oct. 21, 2020, in Las Vegas. (Benjamin Hager/Las Vegas Review-Journal) @benjaminhphoto

A 24-year-old man was arrested on domestic violence and kidnapping charges after police said he held his girlfriend at gunpoint last week with her infant daughter nearby.

Kameron Crabtree was arrested Oct. 22 after police said he prevented his girlfriend and her 1-year-old daughter from leaving their apartment when she said she wanted to move back to California, according to an arrest report.

Police said Crabtree is a two-time convicted felon from California.

Officers were called at 1:27 p.m. Oct. 21 to the Eagle Trace Apartments, 5370 E. Craig Road, after the woman’s mother and sister called police to say the victim was being held at gunpoint and her infant daughter was trapped with her, police said.

After an hourslong police barricade, the woman and child suffered no life-threatening injuries.

Crabtree told police the victim and her mother were making up allegations against him.

“Kameron said he was scared to come out of his apartment due to the fact there were so many officers pointing guns towards the apartment,” police said in the arrest report. “However, Kameron was seen several times exiting the apartment onto the balcony holding (the victim’s child). It almost appeared as if Kameron was using the child as a shield, and he claimed (the victim) told him to take the child outside with him.”

“Kameron said she told him the police would not shoot him if he was holding the child,” the report continued. “Kameron was placing the child in a position where the child may suffer physical harm or death.”

The victim told police Crabtree had previously burned her with cigarettes and taken her phone away.

He is being held on $5,000 bail and is scheduled to appear in court Monday.