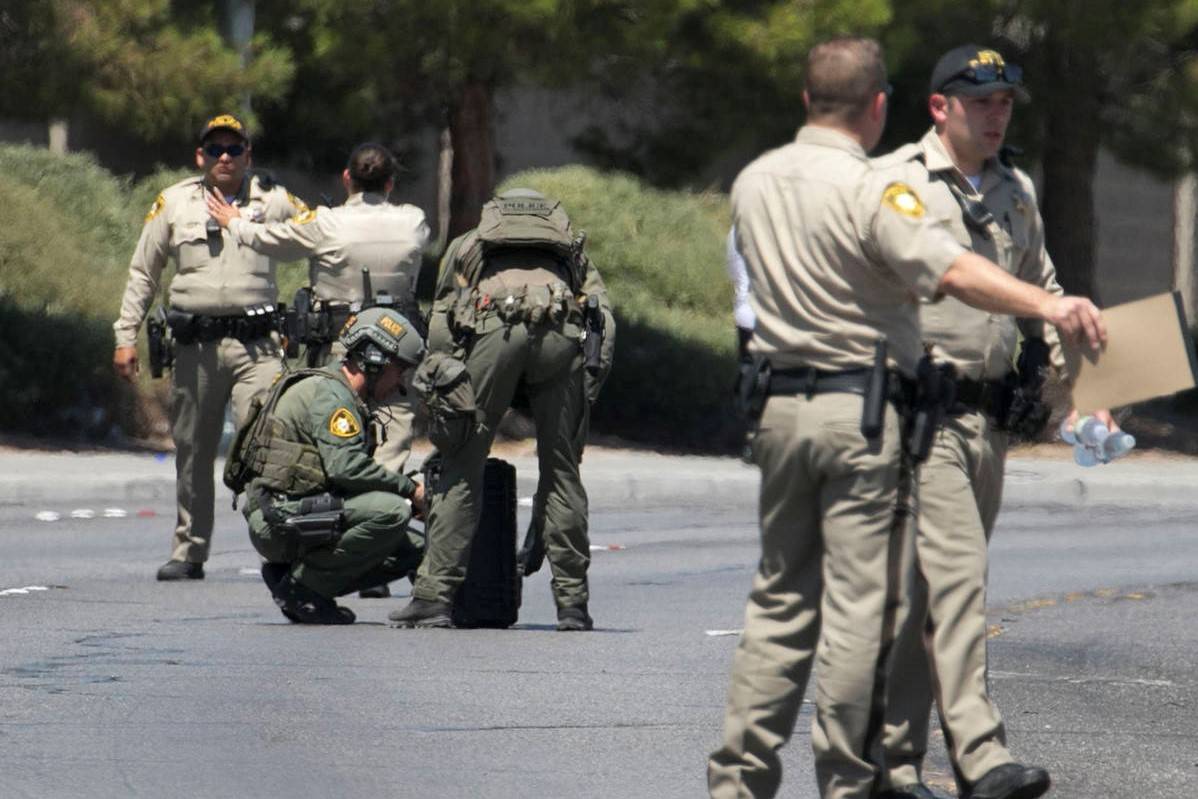 Las Vegas police showed body camera footage and a 911 call while providing details about an officer-involved shooting of a 50-year-old man on Monday.

Residents had called police to report Alexander was “walking through the complex swinging a sword,” Jones said.

Alexander retreated to his patio and told officers he had post-traumatic stress disorder and was not taking his medication. Jones said the man was “clearly agitated and upset.”

After about three minutes of communicating, Alexander went inside and returned pointing a rifle at officers.

“The officers will be required to answer for every single round they fired,” Jones said. The officers remain on paid administrative leave pending the outcome of the investigation.

Alexander suffered a minor injury to his left thumb.

He was charged with seven counts of assault on a protected person with a deadly weapon and one count of being a prohibited person owning a gun, Jones said.