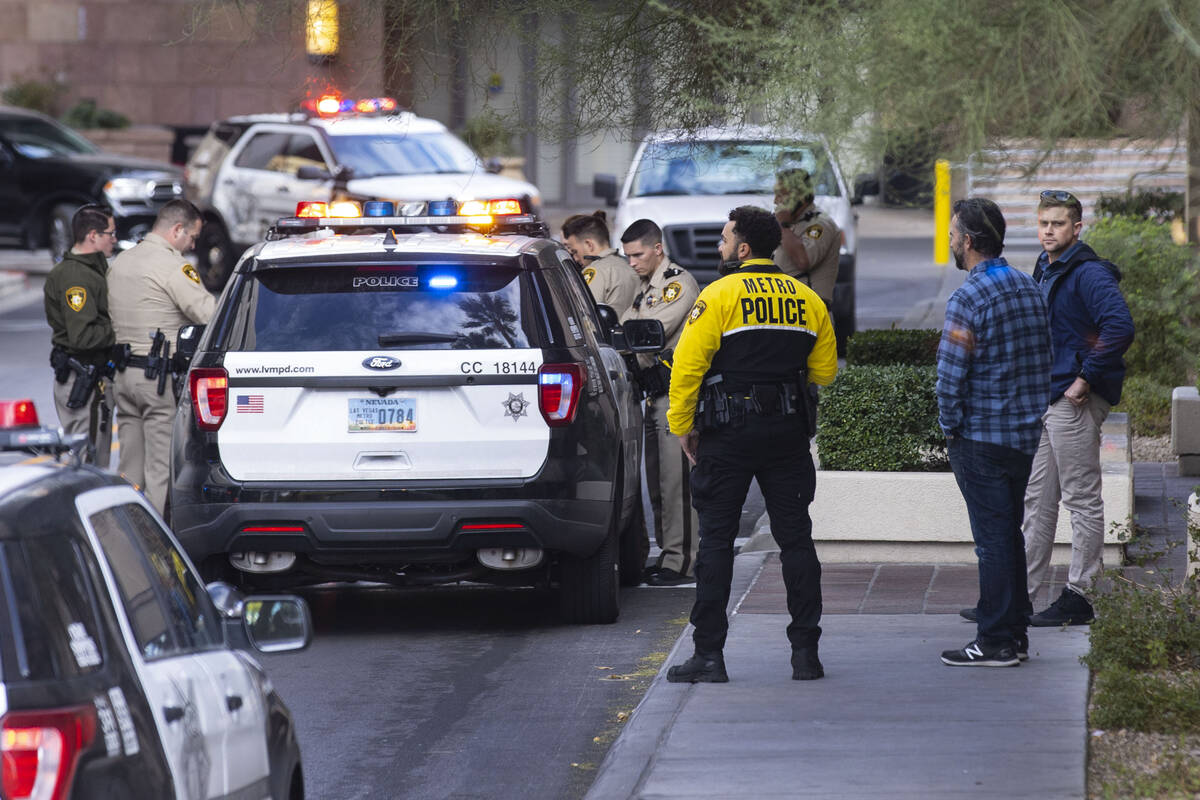 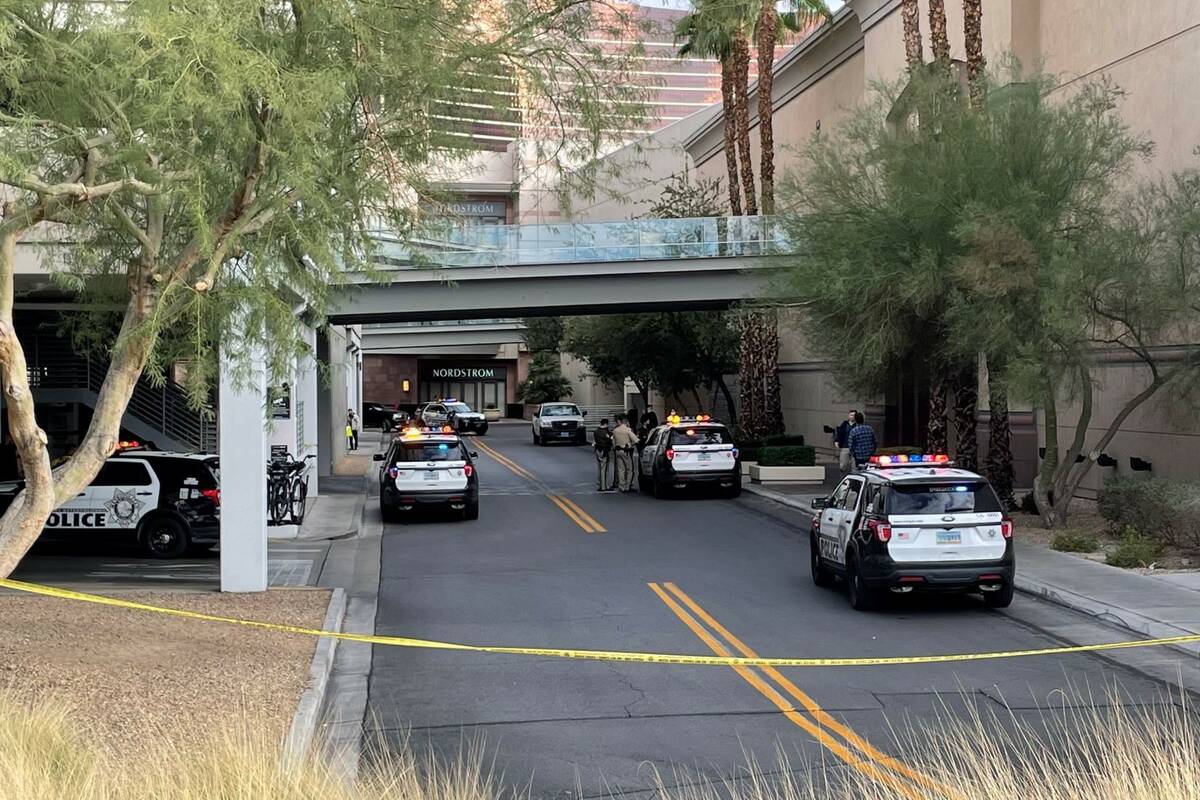 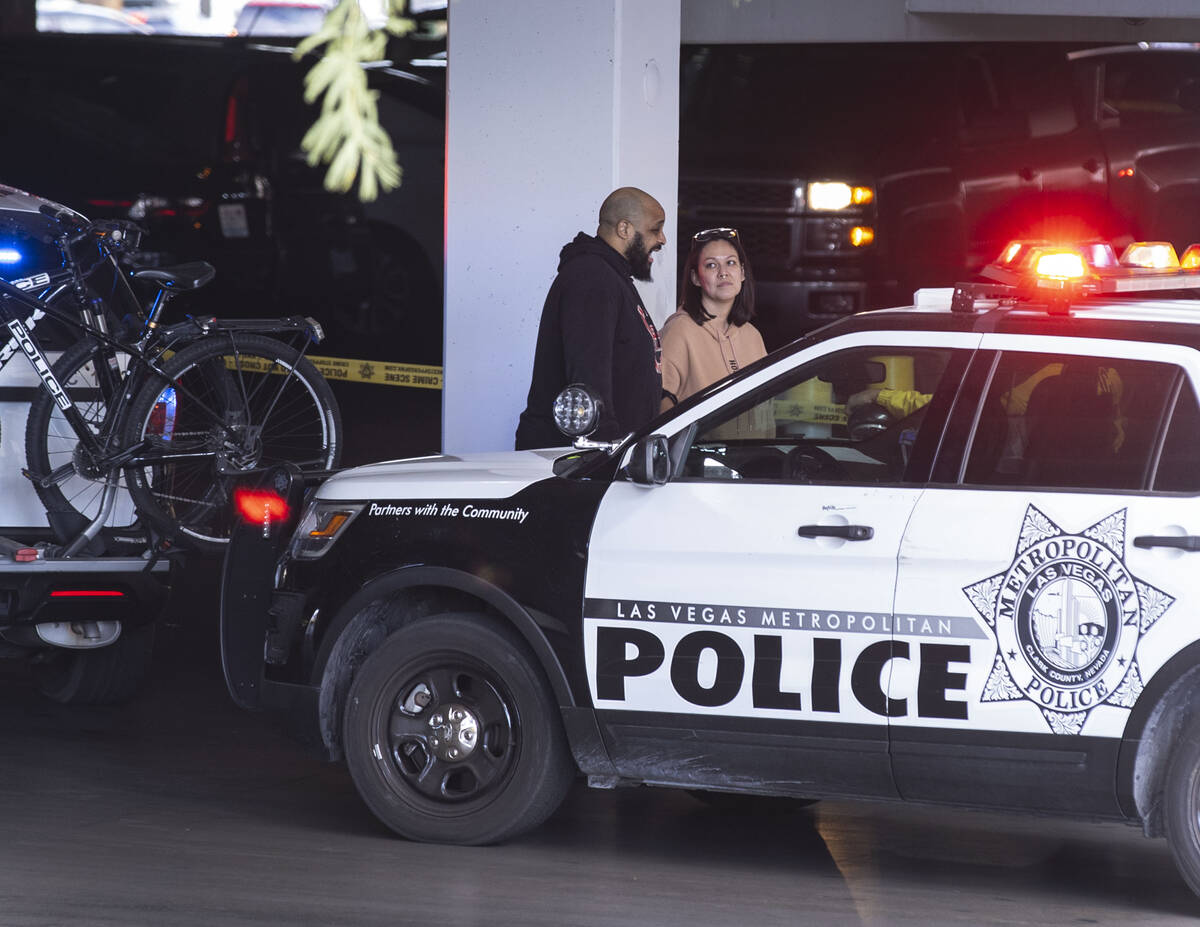 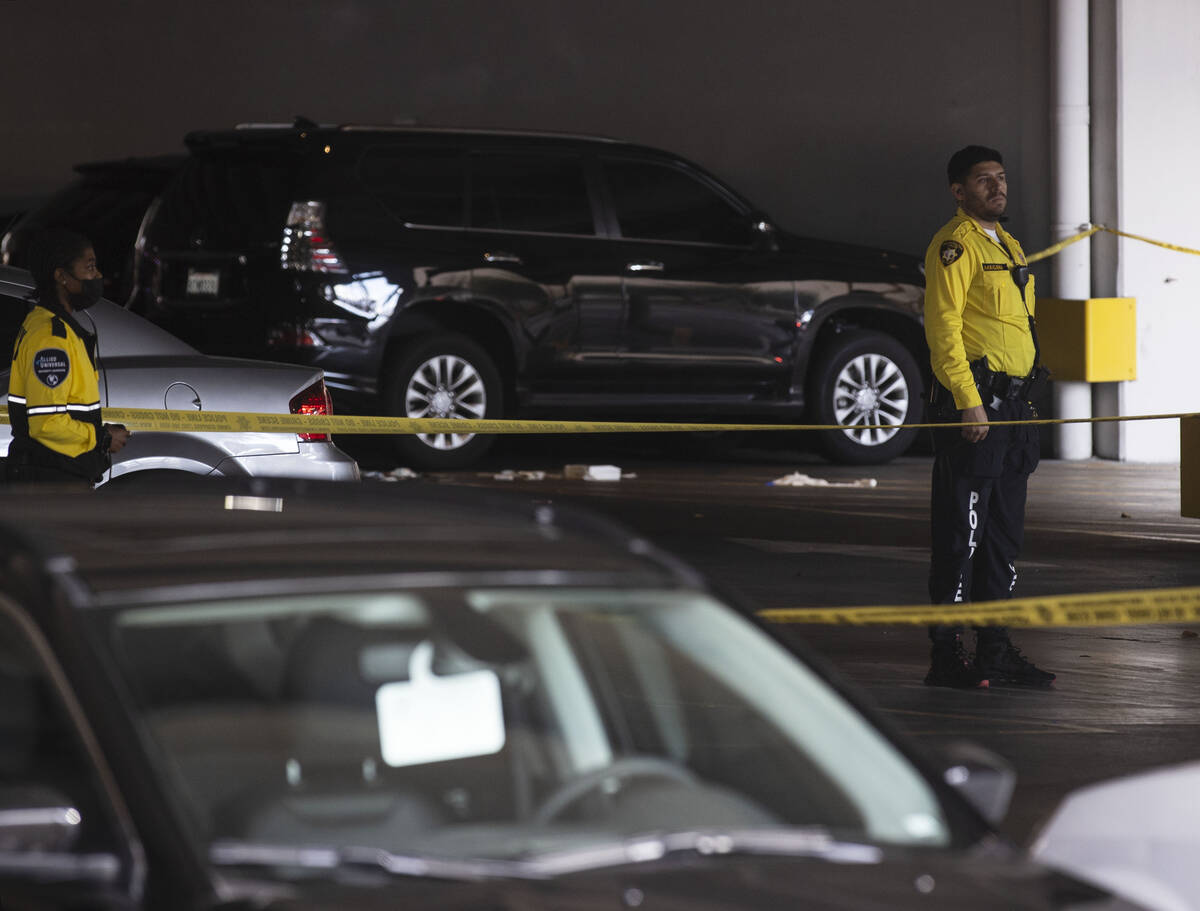 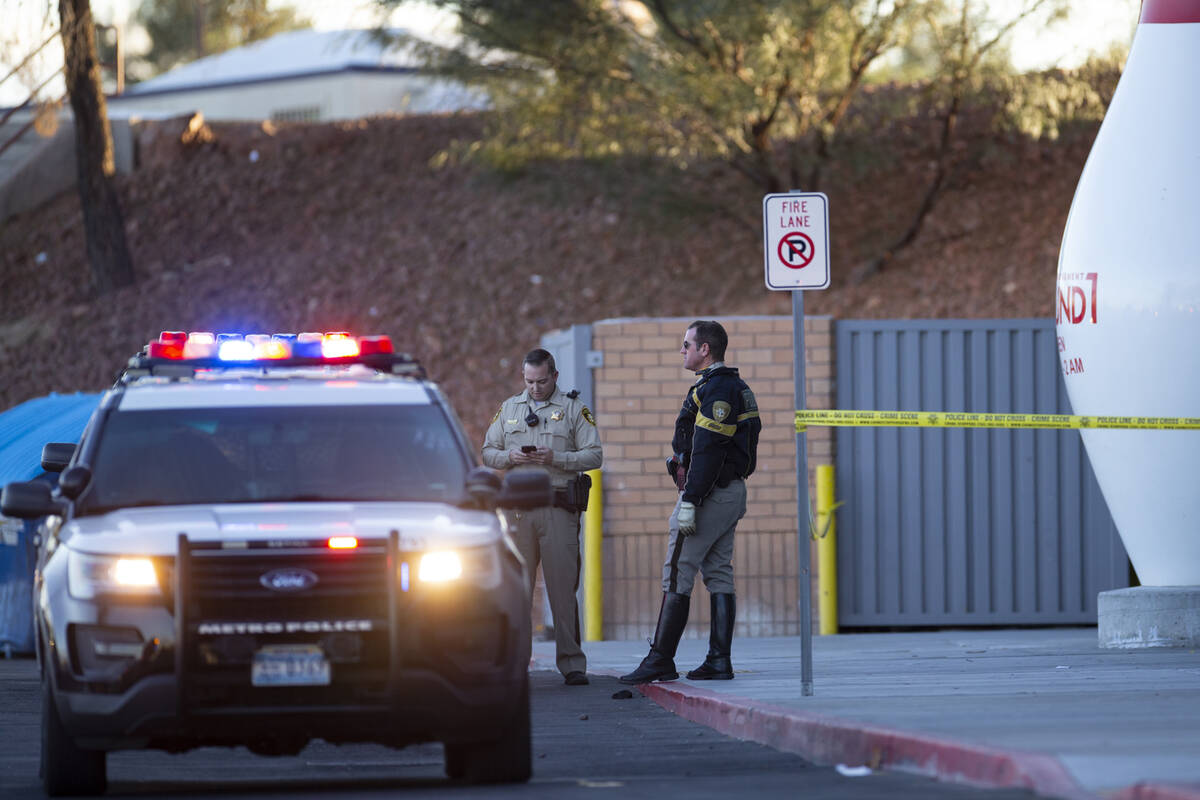 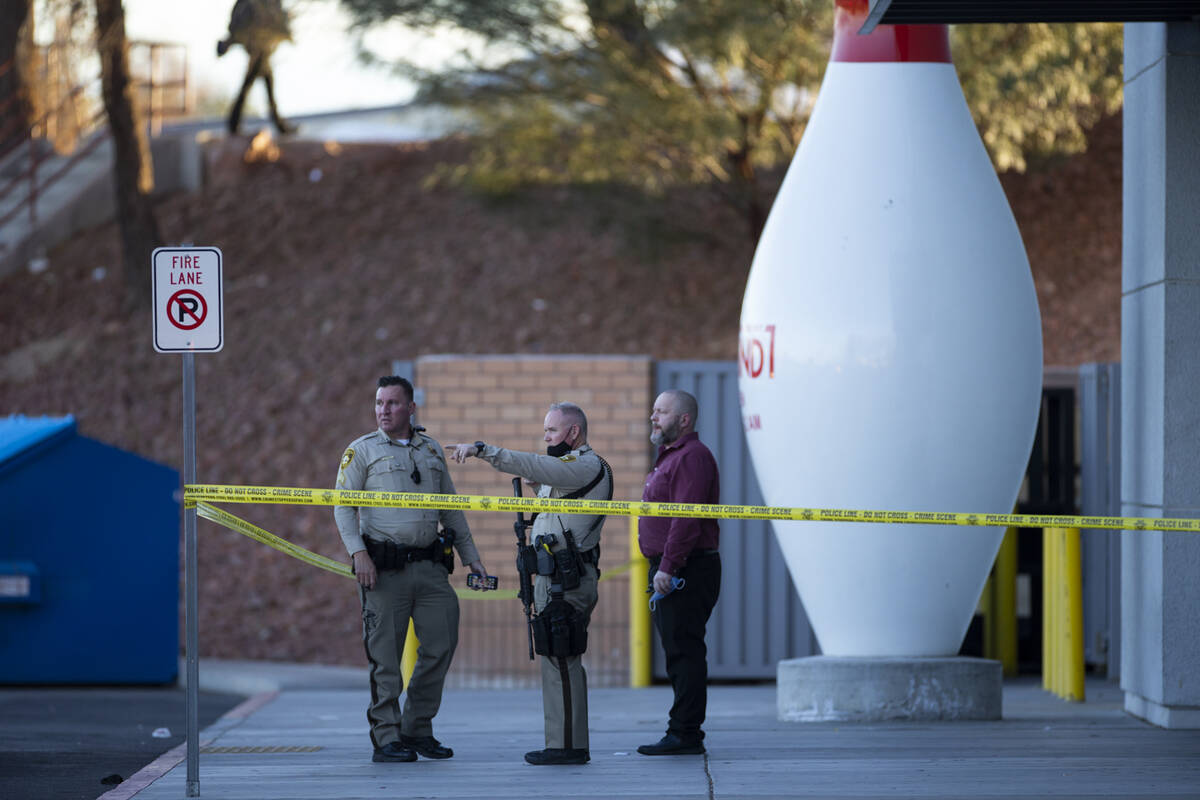 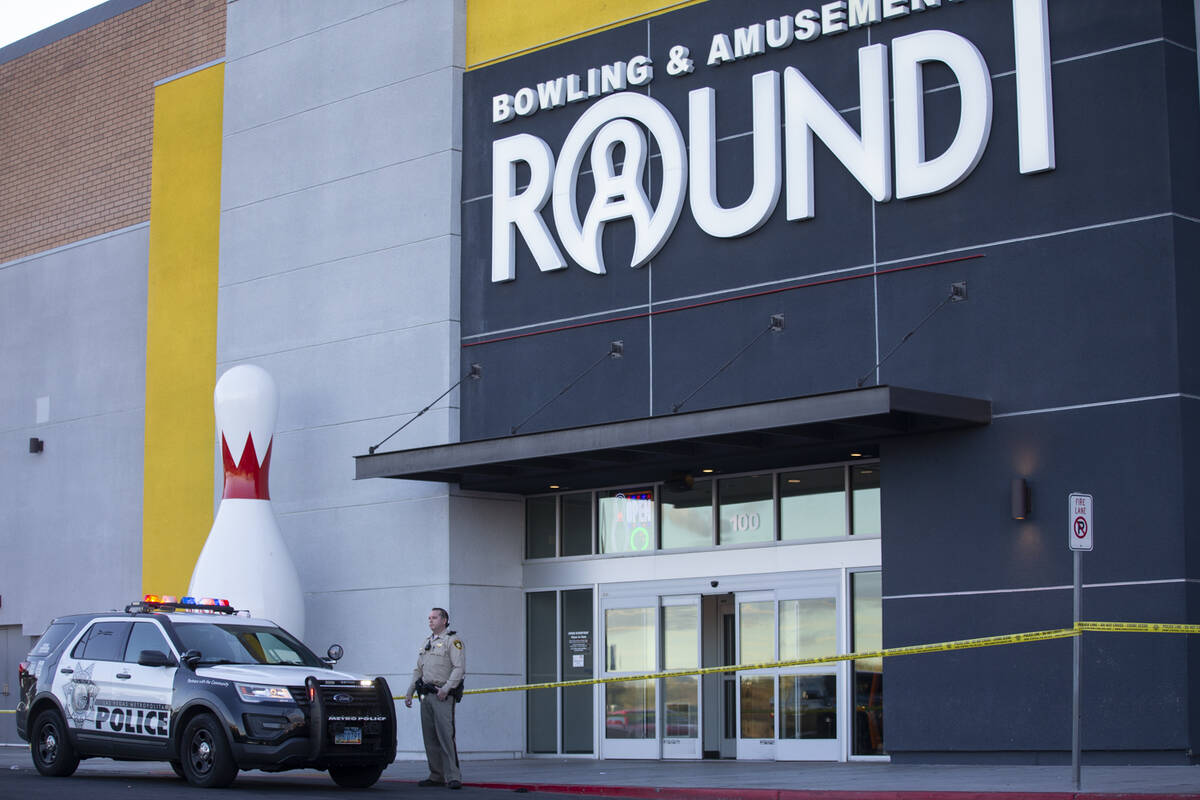 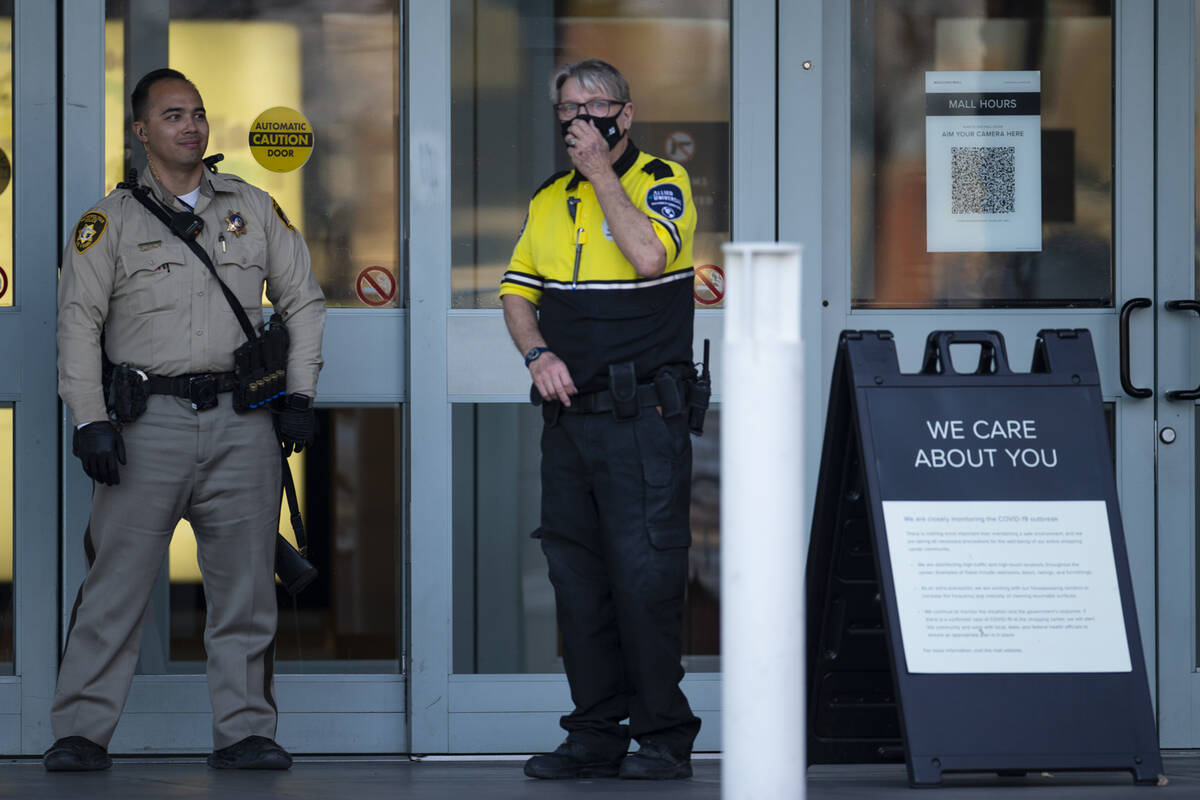 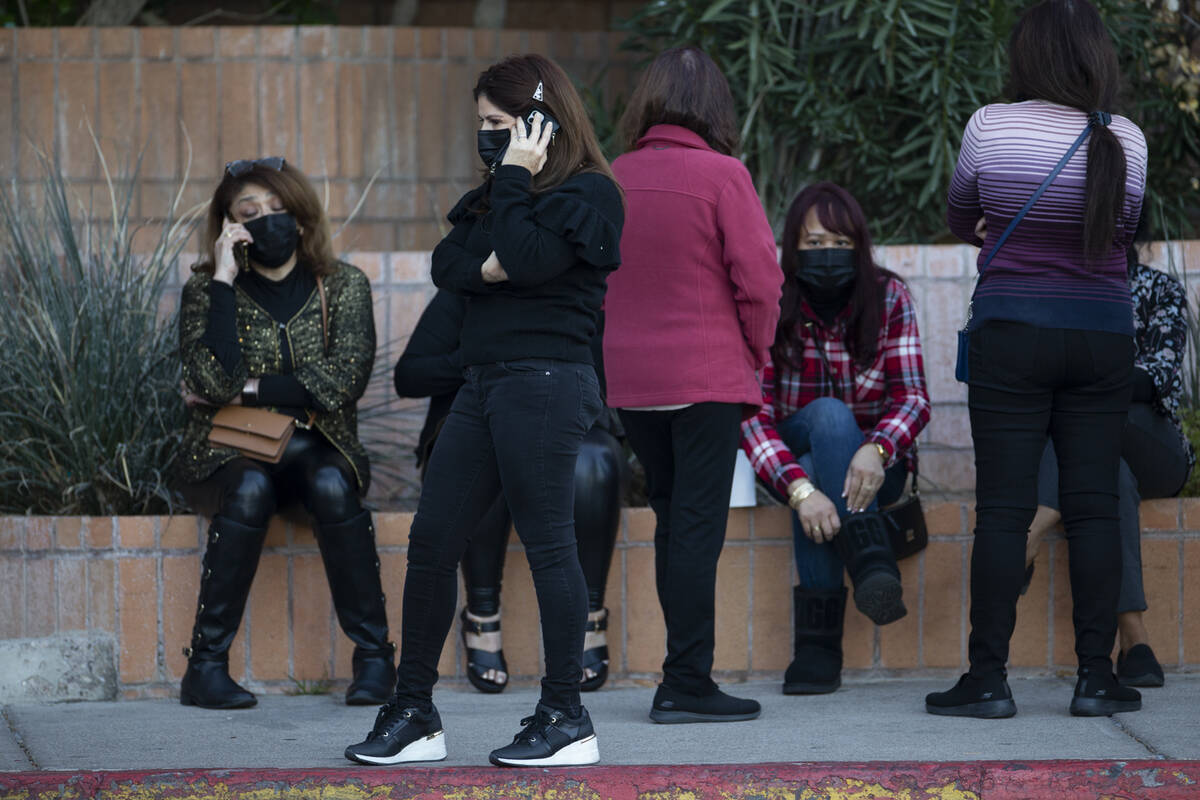 People wait outside of Meadows Mall in Las Vegas as police officers investigate the scene of a shooting in the mall, Friday, Dec. 31, 2021. (Erik Verduzco / Las Vegas Review-Journal) 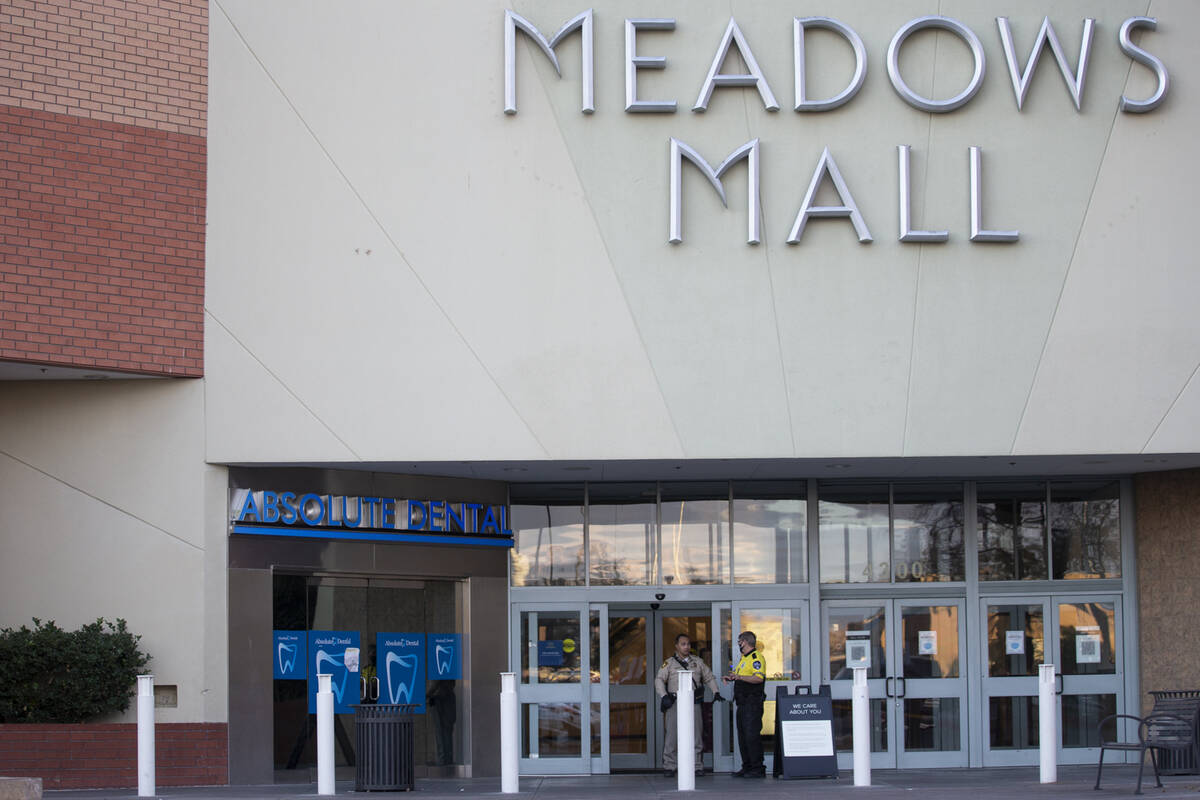 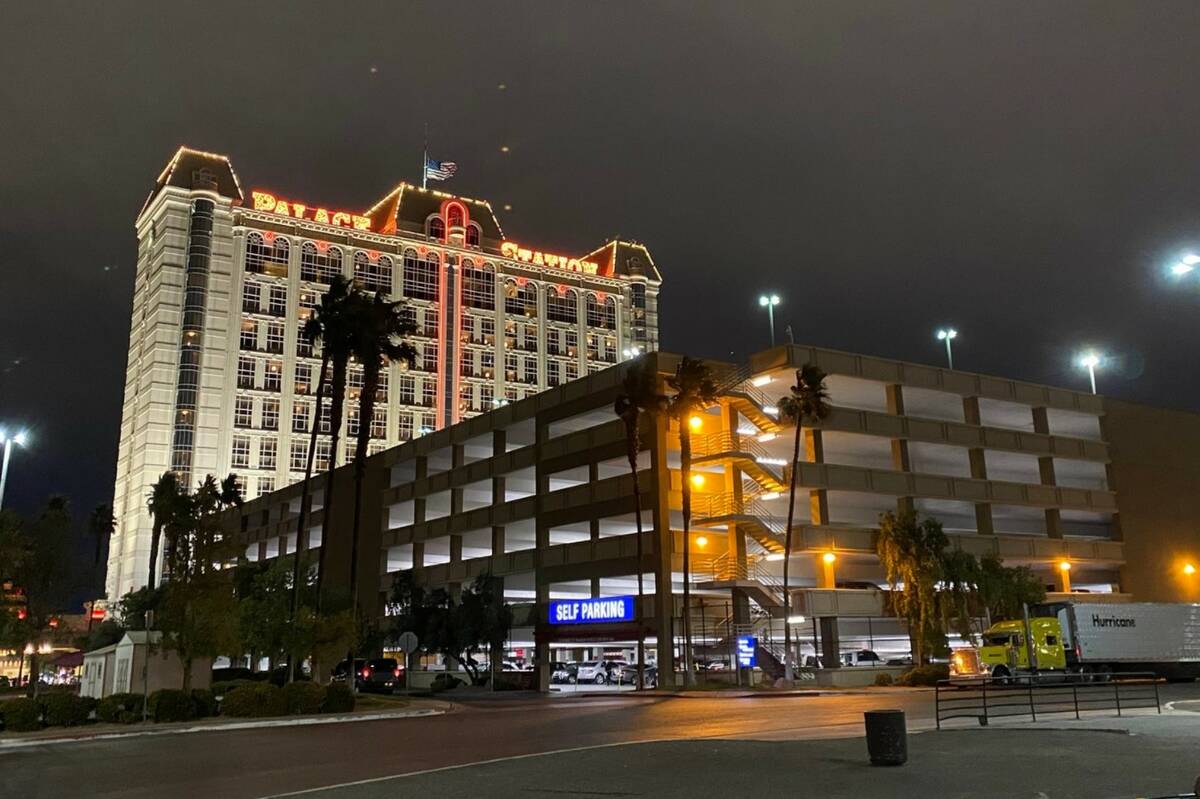 Two suspects were in custody after two fatal New Year’s Eve shootings during robberies left a man in his 50s and a 66-year-old woman dead, police said.

Metropolitan Police Department Lt. David Valenta said at a news briefing that investigators believe the incidents in parking lots at the Fashion Show mall on the Strip and at Palace Station on West Sahara Avenue were related.

The first shooting occurred about 1:30 p.m. during an apparent robbery in the parking garage of the Fashion Show mall, Valenta said.

A married couple were exiting their vehicle when a robber tried to steal something, possibly a purse, from the woman, Valenta said. During a struggle, the robber shot the woman. She was taken to University Medical Center, where she died.

The husband was not injured in the shooting outside the mall, at 3200 Las Vegas Blvd., Valenta said. Police were searching for the male shooter.

He said investigators think the woman may have been a tourist.

The second shooting occurred in a parking garage at Palace Station, 2411 W. Sahara Ave., where a man in his 50s was shot just after 6 p.m. during another apparent robbery attempt, Valenta said. He later died at a local hospital.

Valenta said two suspects were detained after the second incident, but declined to say where they were arrested. He said investigators believe the two incidents were related, but provided no details.

According to Metro Lt. Joshua Younger, the shooting occurred just after 3 p.m. at the Round 1, a bowling and entertainment center at the mall.

When officers arrived, they found two people suffering from gunshot wounds, Younger said. Both were taken to a nearby hospital for treatment.

He said a suspect was not in custody.

Siblings Angel and Yarely Cisneros said they were in an arcade when the shots rang out.

“We were just chilling at the arcade, just playing, and all the sudden we hear gunshots,” Angel Cisneros said. “Everyone just ran out.”

Yarely Cisneros said people were panicked as they fled for the doors of the mall. Some took shelter in stores.

“I just tried to stay calm,” she said.

Sisters Ibeth and Lizabeth Gatica were in the Meadows mall shopping with their children when gunfire erupted.

“All the stores turned off their lights and closed their doors,” Ibeth Gatica said.

The sisters left immediately with their children. They described the episode as very frightening.

Fourteen-year-old Ceidy Gailedo had a similar experience, saying she was shopping in a store in the mall “when we heard gunshots, like 10 of them.”

The violence occurred hours before a New Year’s Eve celebration expected to bring hundreds of thousands to the Strip.