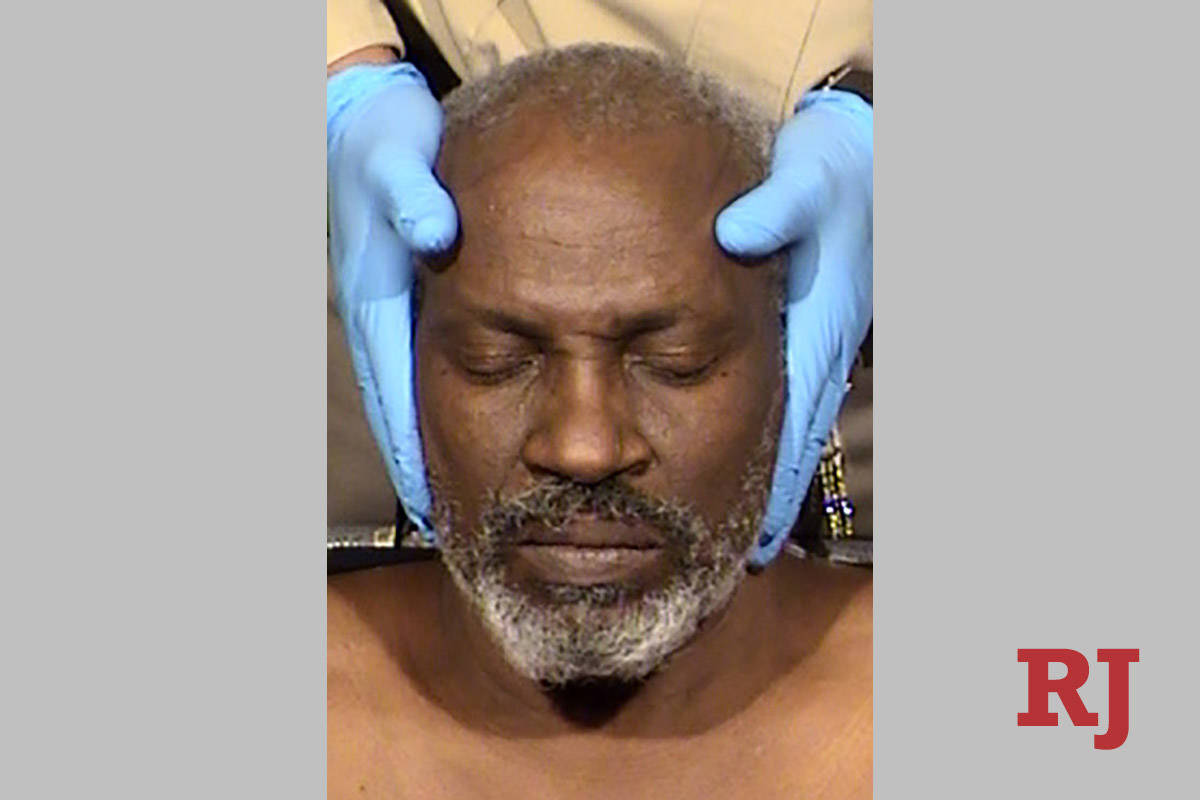 A 64-year-old Las Vegas man has been arrested on suspicion of attempted murder in a knife attack at an apartment complex for seniors in the eastern valley.

Las Vegas police said they arrested Wayne Herron Tuesday in the stabbing of a man at the Bryan Senior Apartments, 2651 Searles Ave., near Owens and Eastern avenues. Police said in an arrest report for Herron that they were called to the apartments at 2:20 p.m. for a report of “a man who had been cut on the throat and was walking around the complex bleeding.”

The victim told police he “had some words” with Herron prior to the stabbing.

“(The victim) ran into Herron in the complex earlier in the day and told him not to come near his brother ever again,” police wrote in describing the nature of the dispute.

After the argument, police said the victim was sitting on a bench in the complex, listening to music, when a man with a knife approached from behind and slashed him in the throat. The victim narrowly avoided death, police said, with a doctor telling officers the knife missed the victim’s carotid artery by “a hair.”

A witness said before the stabbing Herron barged into another man’s apartment with a knife and proclaimed he was looking for the victim and was going to kill him, police wrote in the arrest report. Two witnesses said they saw Herron approaching the man from behind with a knife at the time of the stabbing, and one of the witnesses said he saw Herron “slice” the victim, police said.

The report indicates Herron lives at the apartments. It was not immediately clear if the victim lives there too.

Herron was originally arrested on two counts of attempted murder. One of those counts has been dismissed. A criminal complaint on the remaining charge had not been filed in the case as of Friday morning. A status check on whether prosecutors will pursue the case is scheduled for Wednesday. Court records show Herron has since been released from custody.