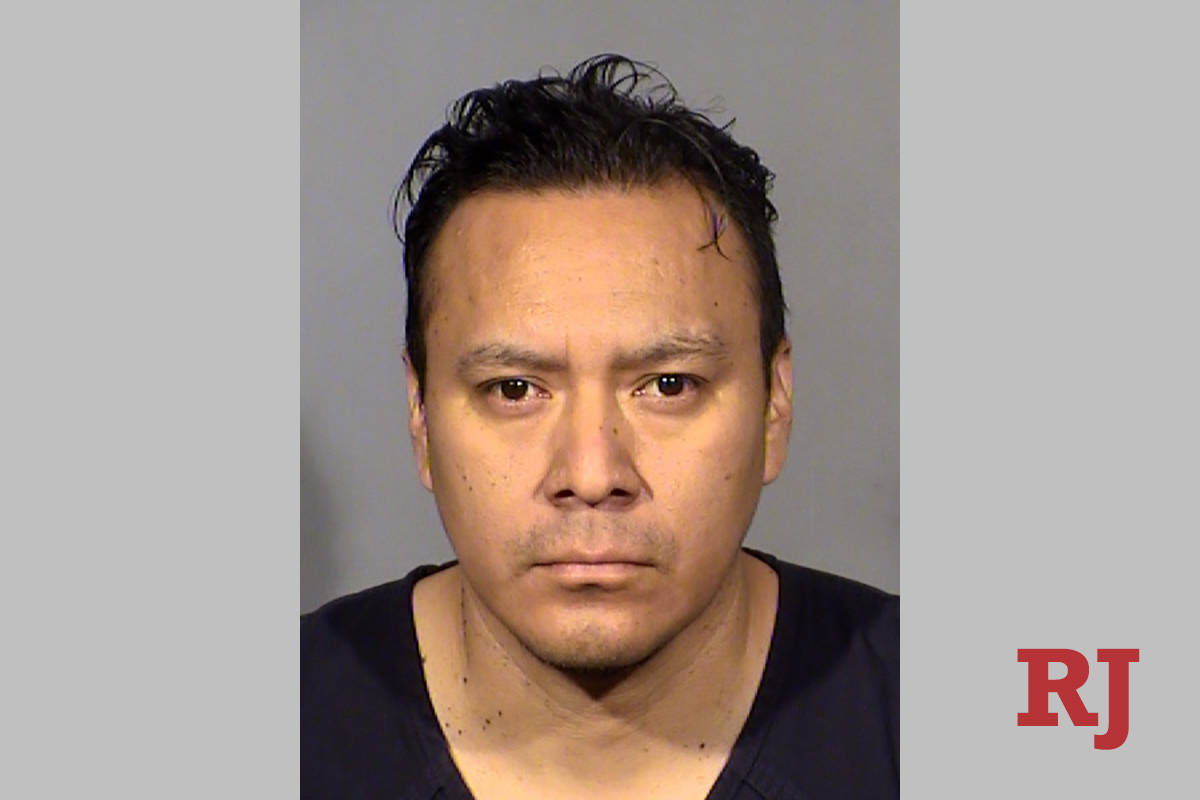 A man arrested this week in North Las Vegas is accused of stabbing the mother of his children six times in the back the night before Valentine’s Day.

Manuel Ramirez-Francisco, 41, was arrested Sunday on a warrant and charged with attempted murder and four counts of domestic battery with a deadly weapon resulting in substantial bodily harm, according to court records.

Ramirez-Francisco dropped his partner off at Mountain View Hospital in the early hours of Feb. 14 and left, according to an arrest report from the North Las Vegas Police Department. The woman first told police that she had no idea who stabbed her because her attacker came from behind and she remembered little.

Detectives then spoke with the couple’s two children, one of whom said they saw Ramirez-Francisco kick their mother in the head and stomach before he used bleach to clean the kitchen.

Investigators found blood in the kitchen and living room. All men’s clothing also had been removed from the closet, the report said.

Officers again interviewed the woman on Feb. 15, at which time she said she suffered memory loss from her injury but now remembered Ramirez-Francisco stepping on her face and stabbing her.

“Manuel kept asking, ‘Why won’t you die?’” she told police. “Manuel threaten to cut her throat if she tried to get up … Manuel said if she died on the way (to the hospital) he would just throw out her body.”

The woman told police Ramirez-Francisco had family in California, Texas and Mexico and she believed he would run away.

He is being held without bail and expected to appear in court again Thursday.