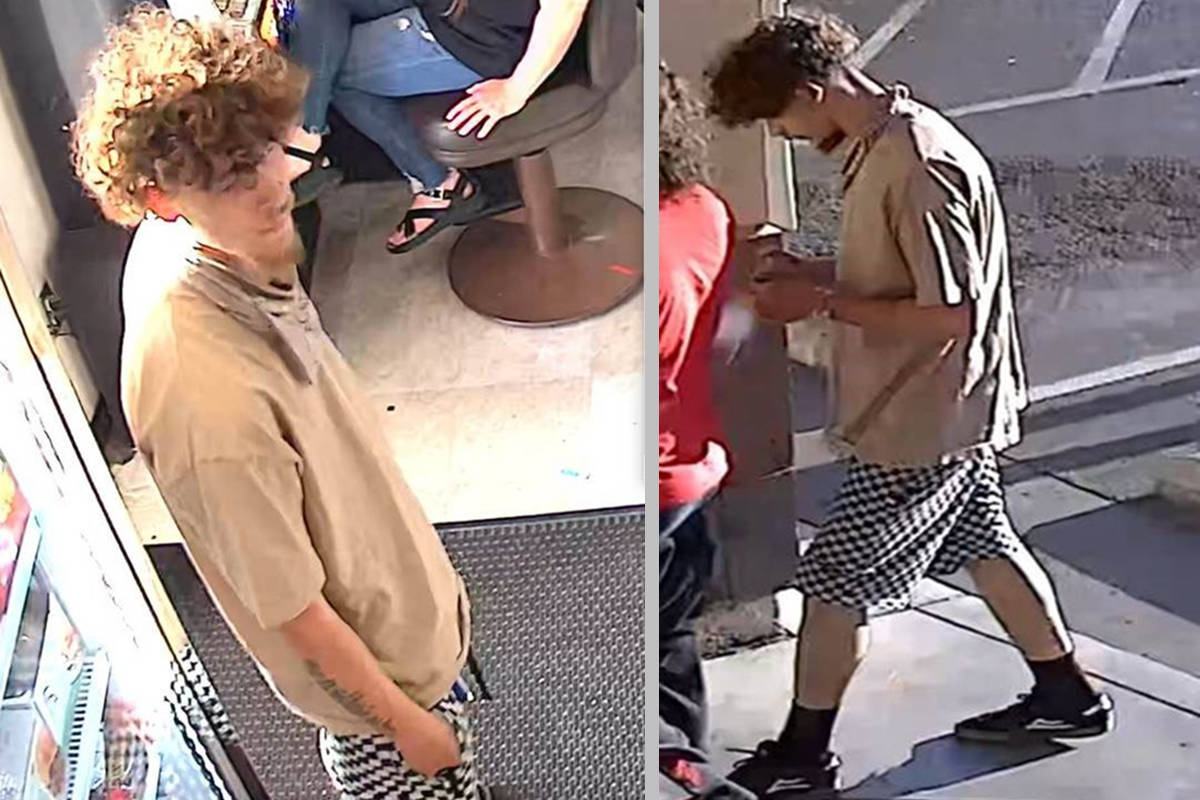 Las Vegas gang detectives are asking for help identifying a man suspected of stabbing another last week in the east valley.

Police were called about 6:15 p.m. March 29 to the scene of the stabbing on the 4800 block of Boulder Highway, near Flamingo Road, the Metropolitan Police Department said. When officers arrived, they found a man suffering from multiple stab wounds.

The man was taken to Sunrise Hospital and Medical Center, police said. His condition was unknown on Friday.

Gang detectives found surveillance footage “of the suspect and the victim together at a nearby business moments before the stabbing,” police said.

The man suspected in the stabbing was wearing a tan T-shirt, black and white checkered shorts and a gray bandana around his neck at the time. He was described as 20 to 25 years old, 5 feet, 11 inches tall and weighing about 150 pounds, with mid-length curly hair and a goatee, police said.