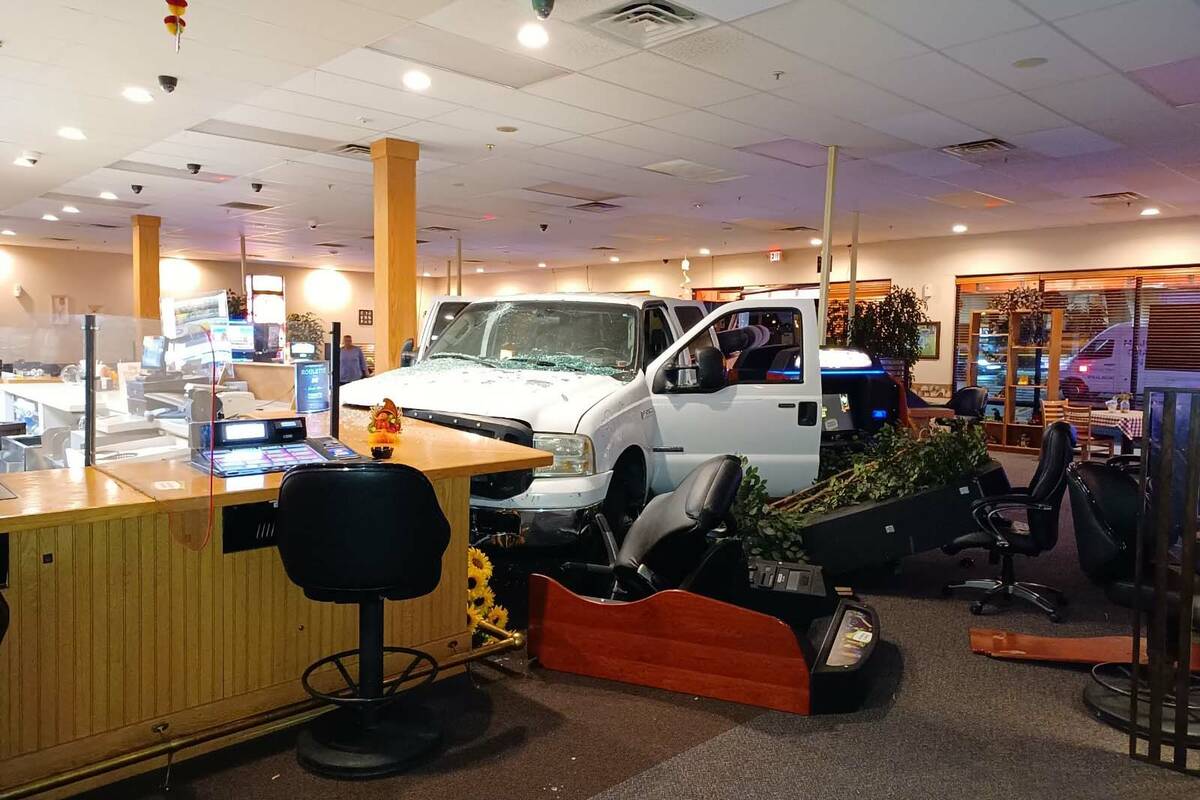 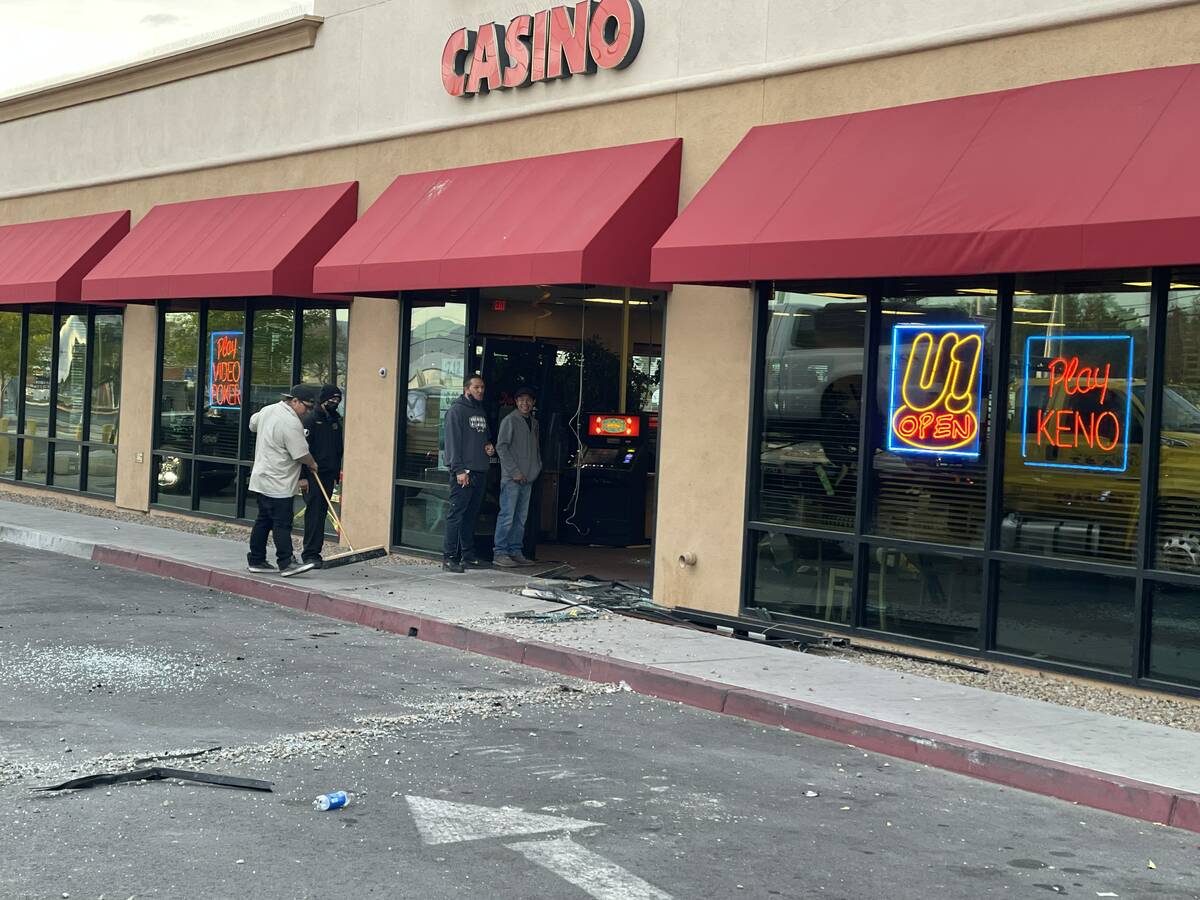 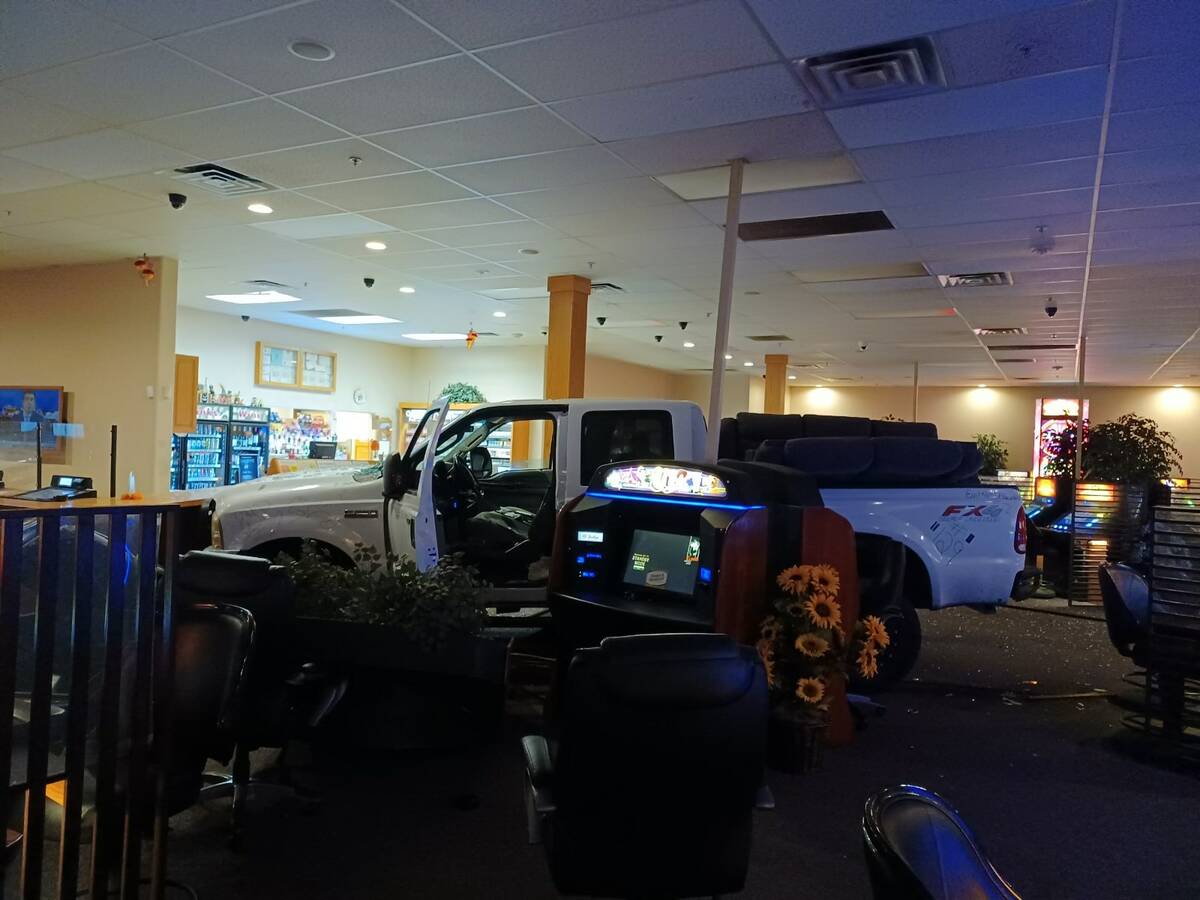 “Thankfully no one was hurt,” North Las Vegas police spokesman Alex Cuevas said of the 3:45 a.m. crash into a Dotty’s bar on the 2500 block of Las Vegas Boulevard North.

David Holmes, 44, was arrested on counts of DUI, driving without a license, insurance or registration and failure to maintain his lane, Cuevas said.

Photos provided by police show the truck crashed through the exterior wall before coming to rest near a bar in the middle of the building, knocking over at least two gaming machines along the way.

Online jail logs showed no entry for Holmes as of early Friday.