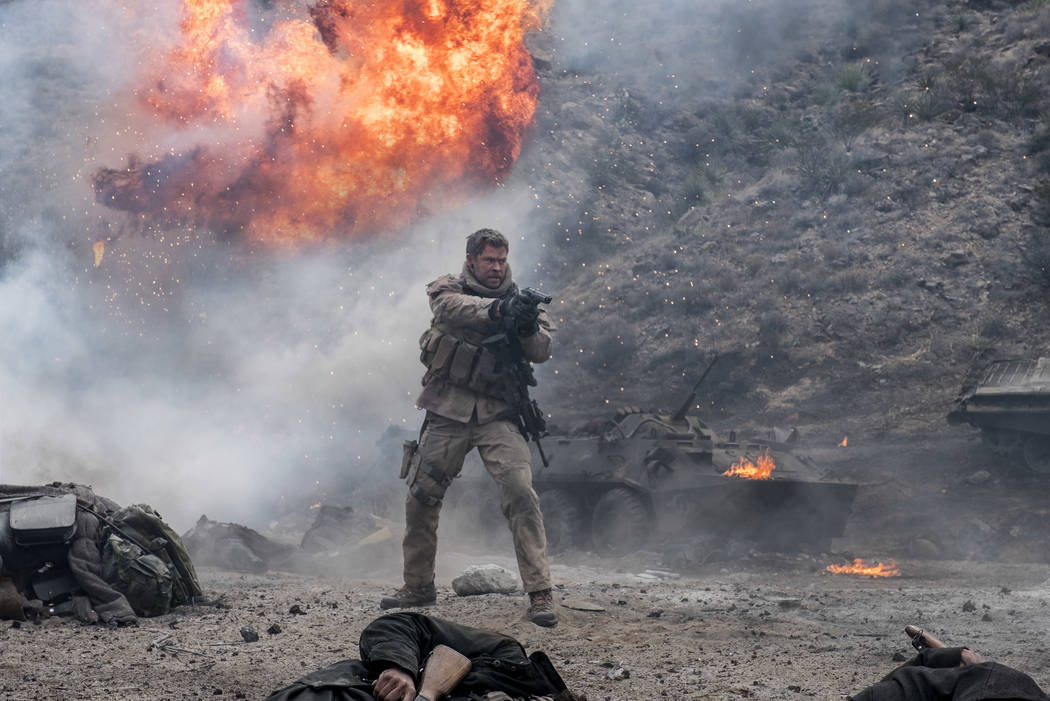 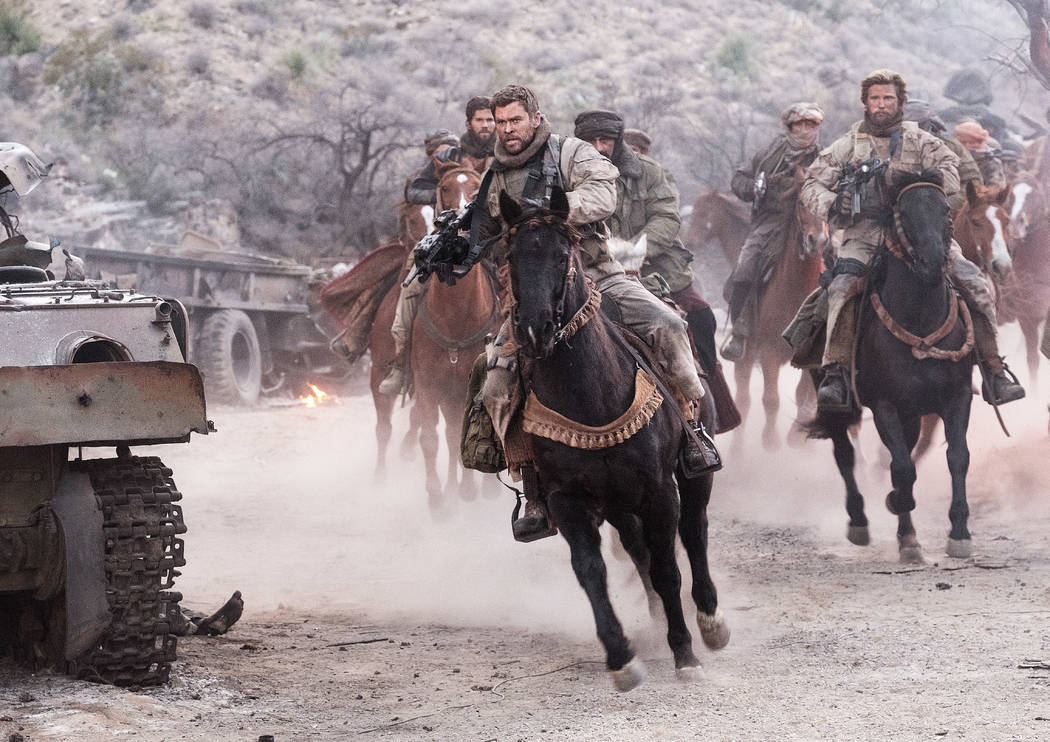 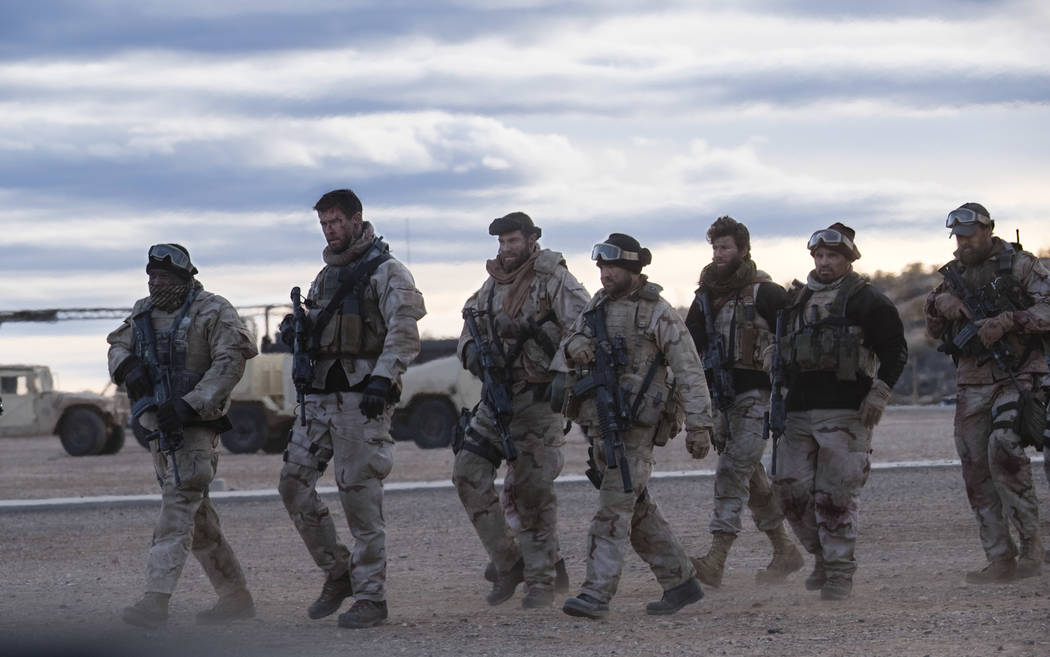 The dozen Green Berets of ODA-595, the first members of the U.S. military to enter Afghanistan after the attacks of Sept. 11, 2001, are undeniably heroic.

Sadly, “12 Strong,” the movie based on their recently declassified mission, is undeniably generic.

It feels like a half dozen or more recent war movies, which is what you can imagine the heads of various Hollywood studios saying — until producer Jerry Bruckheimer pleaded something along the lines of, “But, wait! This time there are horses!”

On the morning of Sept. 11, Captain Mitch Nelson (Chris Hemsworth) is getting his daughter ready for school when she points to the TV and footage of the smoke pouring out of the World Trade Center. Barely a month later, Nelson and his team are in Afghanistan, doing their best to maintain a working arrangement with the Northern Alliance’s General Abdul Rashid Dostum (Navid Negahban) in the fight against the Taliban.

The Northern Alliance has splintered into three militias, each of which would just as soon fight each other as the Taliban. Nelson needs to convince Dostum to trust him long enough for his warriors to get the Green Berets near the Taliban so they can call in airstrikes. And to do that, they’ll need to be on horseback, even though Nelson is the only one of the 12 who’ve ridden outside of summer camp or a drunken spring break in Cancun.

After opening with a refresher course on Osama bin Laden, “12 Strong” introduces Taliban leader Mullah Razzan (Numan Acar), who executes a local woman for teaching girls older than 8. Because, you know, moviegoers need a reason to root against the Taliban.

Razzan spends the rest of the movie glowering from afar, which is symptomatic of the movie’s biggest problem. First-time feature director Nicolai Fuglsig and writers Ted Tally (“The Silence of the Lambs”) and Peter Craig (the final two installments of “The Hunger Games”) don’t bother to develop a single character.

Oh, sure, they throw around some characteristics. Nelson is unproven in combat. Sam Diller (Michael Pena) cracks jokes. And Chief Warrant Officer Hal Spencer (Michael Shannon) is gruff. At one point, Nelson tells Dostum he’s offering the greatest weapons mankind has ever known. Dostum then Mr. Miyagis him by pointing to his heart and declaring it the greatest weapon. That’s about as deep as “12 Strong” gets.

It’s certainly possible to help moviegoers relate to a sprawling group of heroes. October’s firefighting drama “Only the Brave” did it by digging into a few key relationships. The makers of “12 Strong,” though, left their shovels at home.

Everything I know about warfare, I’ve learned from war movies. So I hope there’s a better reason that none of the Green Berets wears a helmet other than the producers didn’t want to obscure any of Hemsworth’s face. But once I realized they were charging at trucks, tanks and missile launchers on horseback without any headgear, it was hard to focus on anything else.

Given its subject matter, it feels almost unpatriotic to not like “12 Strong.”

Despite a vastly higher budget, it isn’t that much different than an episode of NBC’s “The Brave” or CBS’ “SEAL Team” — both of which you can watch, and feel patriotic about, for free.