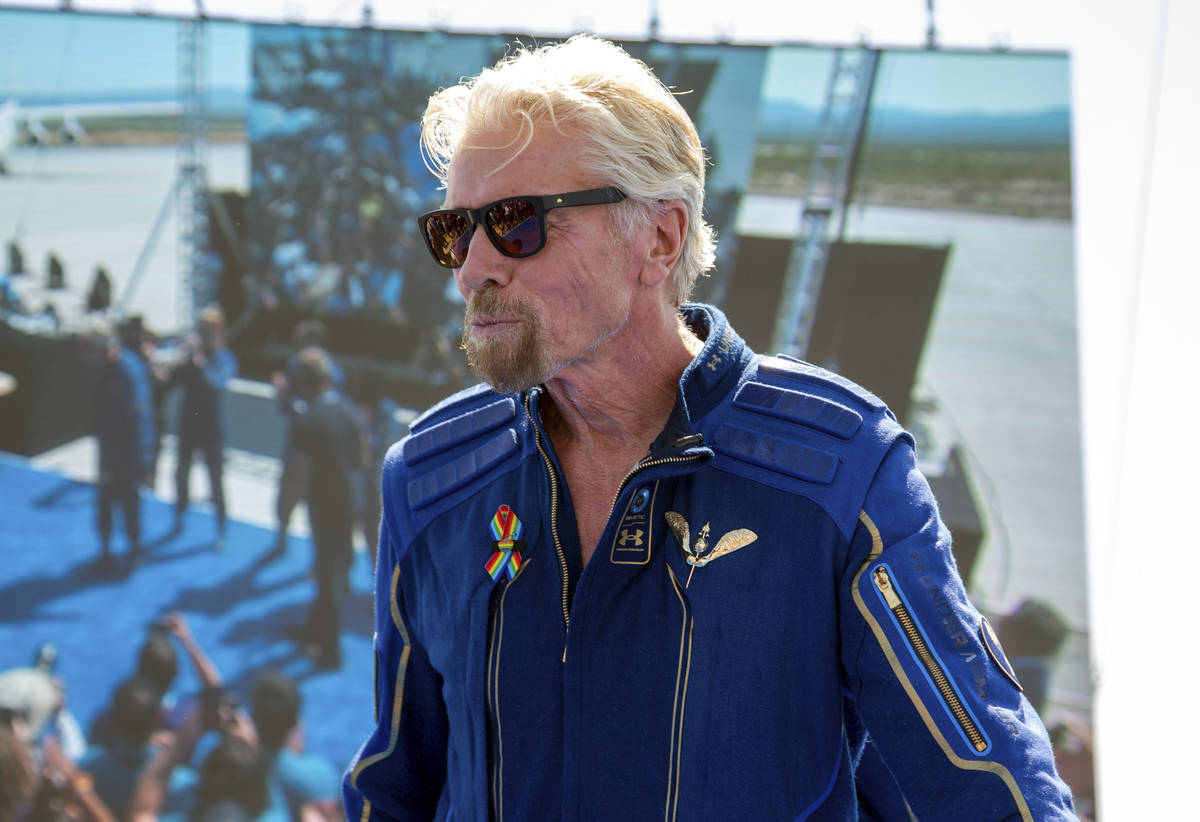 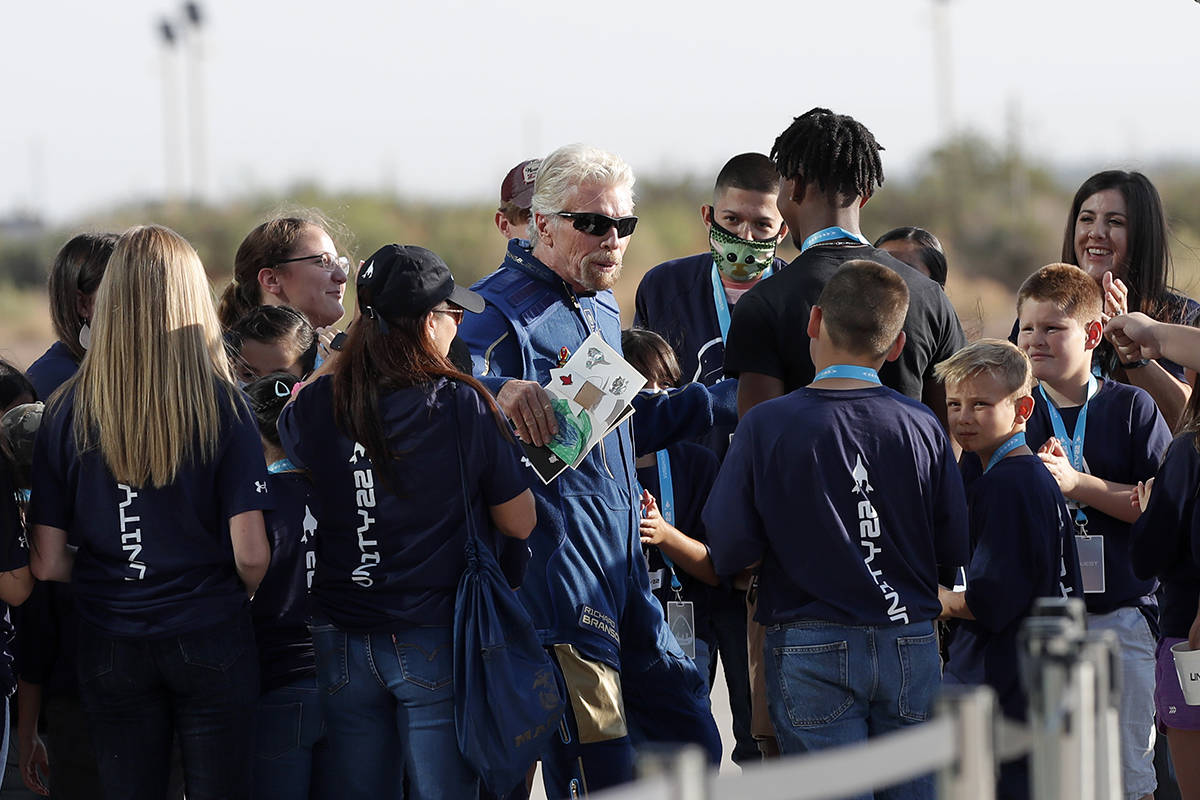 Virgin Galactic founder Richard Branson is greeted by school children before heading to board the rocket plane that will fly him to the edge of space from Spaceport America near Truth or Consequences, New Mexico, Sunday, July 11, 2021. (AP Photo/Andres Leighton) 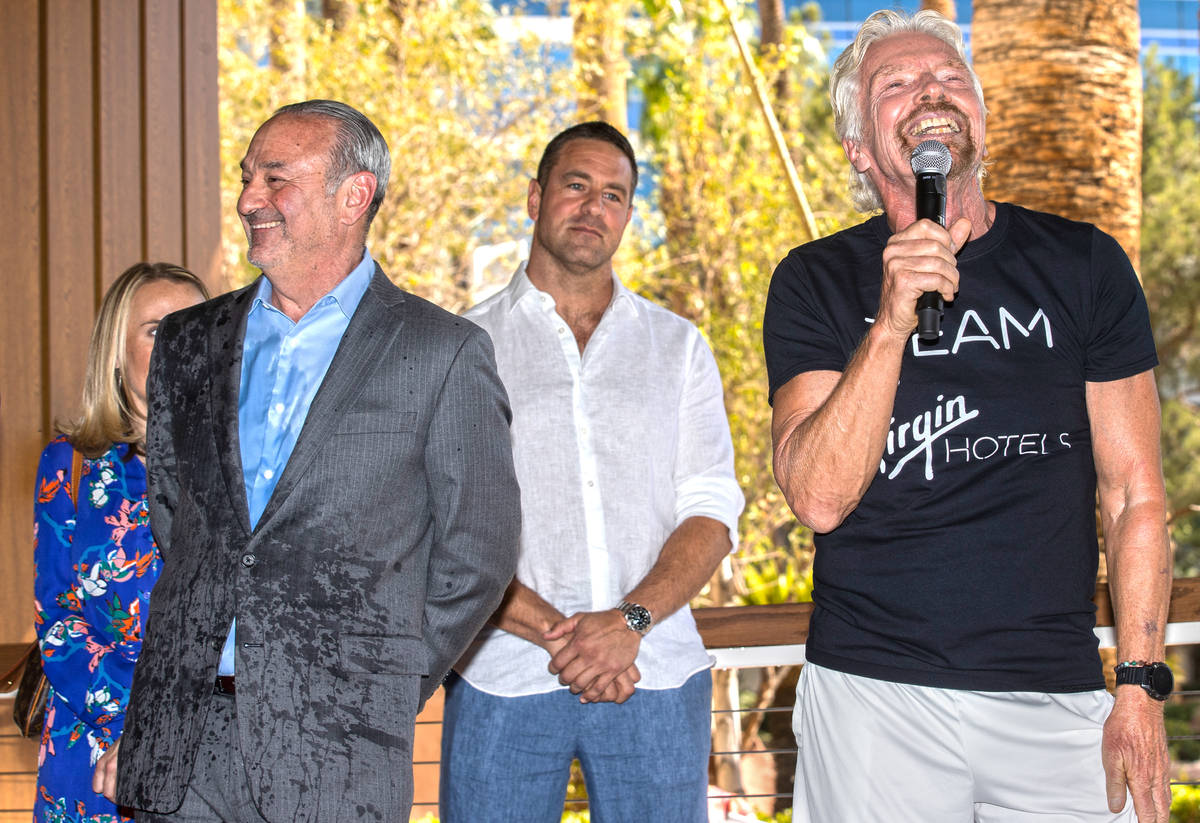 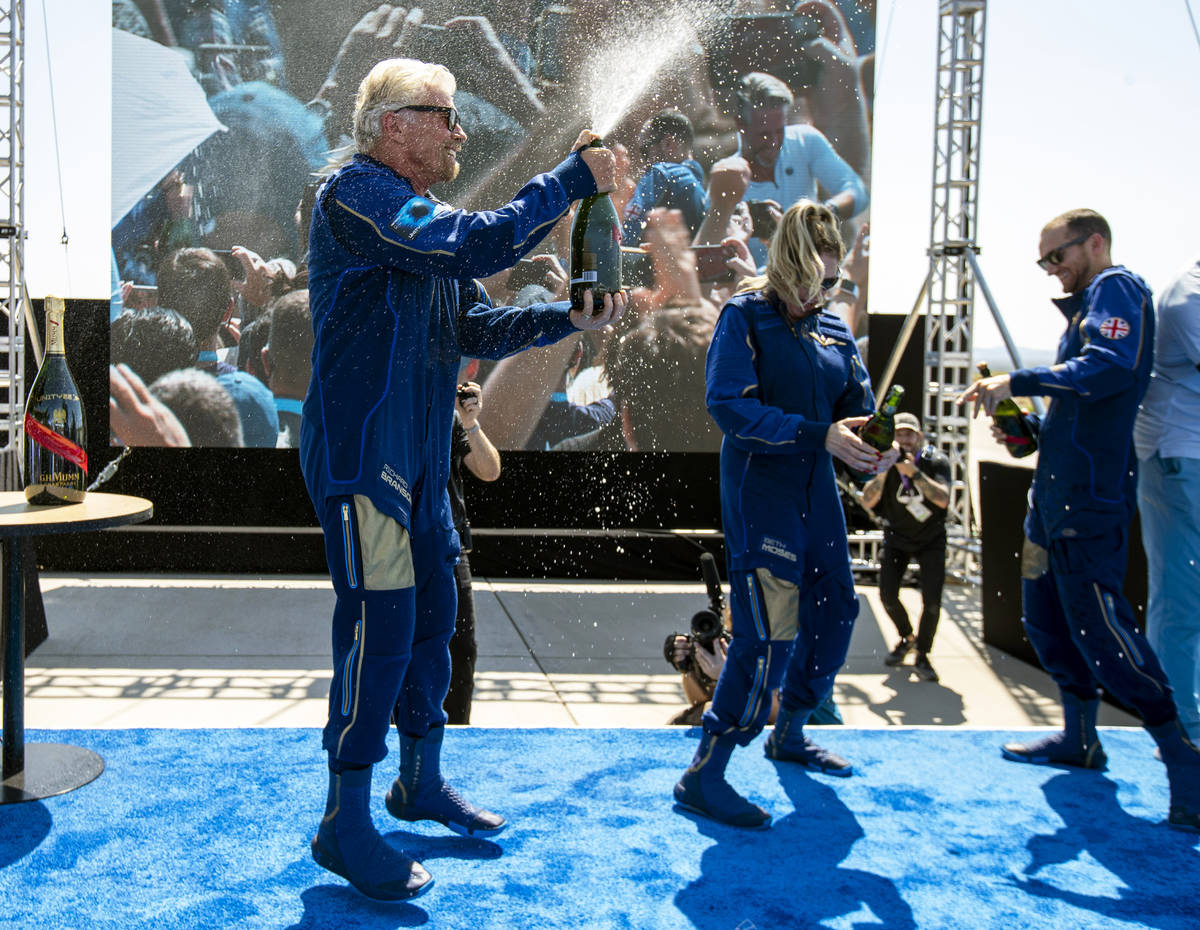 “My admiration for Sir Richard Branson’s entrepreneurial and human spirit is beyond words,” Richard “Boz” Bosworth, president and CEO of the resort’s ownership group, JC Hospitality, said Sunday morning. “It’s as inspiring as the vastness of space itself.”

The 71-year-old entrepreneur is the first person to fly into space aboard an aircraft he helped fund and develop. The supersonic space plane, SpaceShipTwo, has been in the works for two decades. The winged plane has been dubbed WhiteKnightTwo, honoring Branson’s knighthood.

Branson visited the Virgin Hotels Las Vegas formal opening event almost a month ago to the day, He walked the casino floor in a ringmaster’s outfit, then talked of his passion for outer-space exploration.

“I have dreamt of going of space since I saw the moon landing when I was a teenager,” the jet-setting billionaire said in a post-tour chat. Branson also claimed he’s not in been in a competition with fellow billionaire Jeff Bezos to be first into space.

“We don’t see it as a race, and obviously it makes a good press for it to be a race … I know Jeff well and neither of us see it as a race,” Branson said. “But we see it as, going to space is pioneering a way for thousands of people who will want to have the chance to get to space in safe vehicles.” 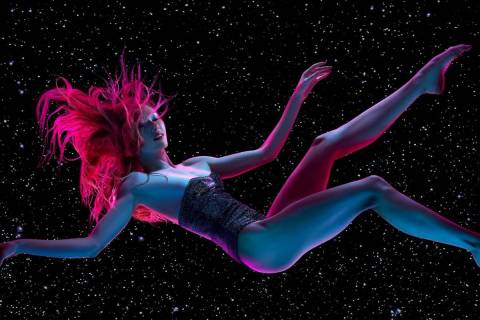 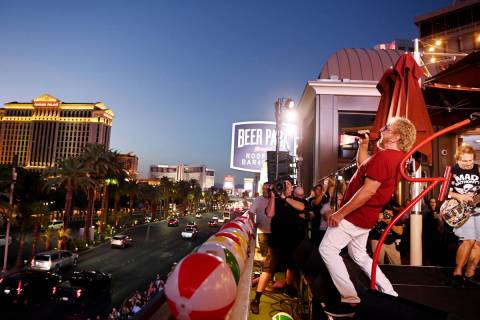 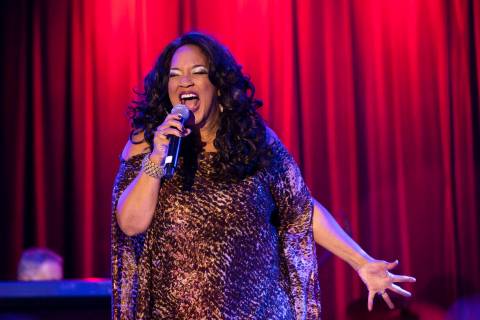 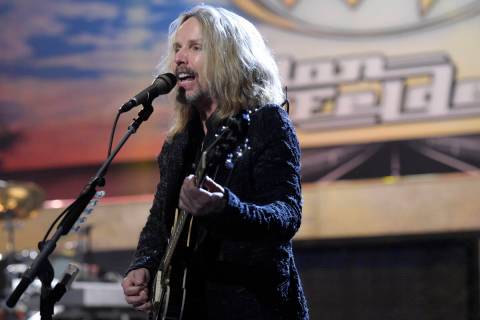 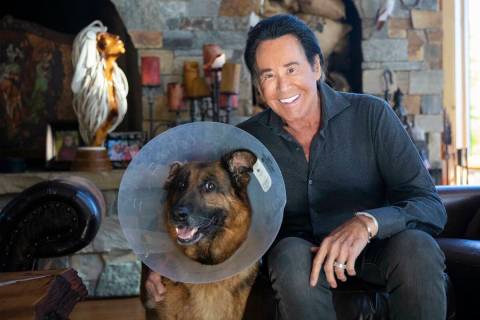 The Vegas legend will bring his “Up Close and Personal” autobiographical show back to the stage in the fall at the Flamingo. 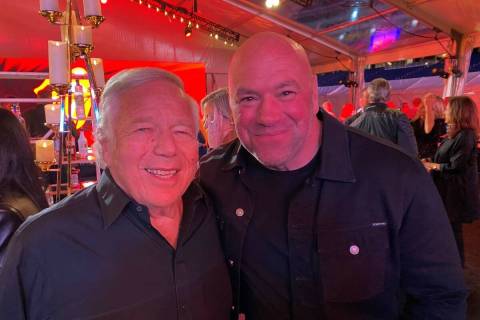 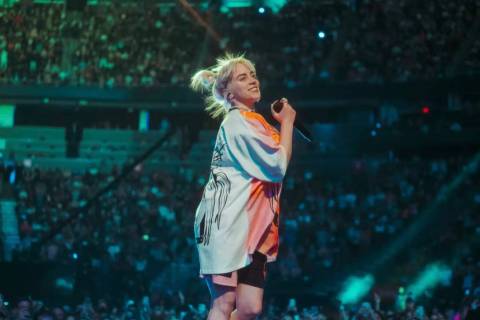 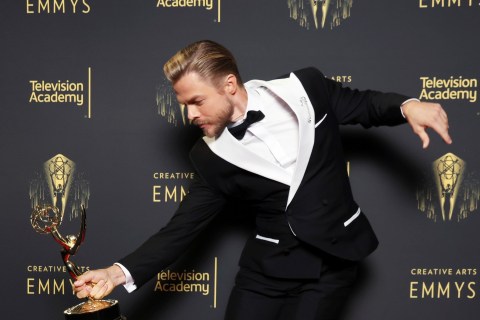 Derek Hough is a dancer, choreographer and now host of a dance show on the Strip. 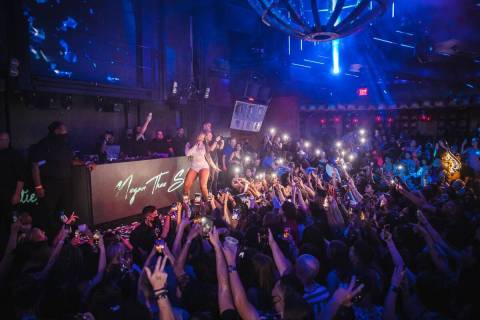