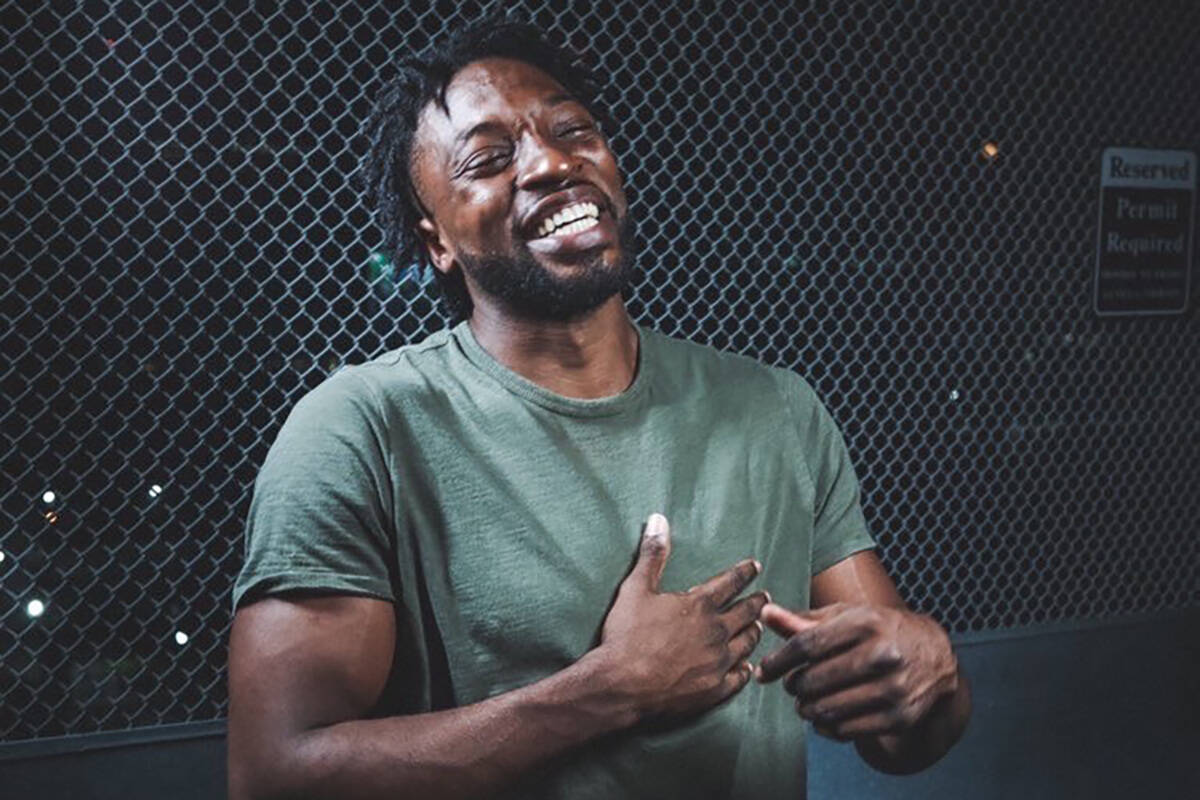 Preacher Lawson knows how to live. But the “where” stumps him.

“I don’t know where to live, and need help with that, absolutely,” says Lawson, a professional stand-up comic accustomed to zigzagging the country. He’s about to stop that run-around to host “America’s Got Talent Live!” at Luxor Theater. The show premieres Nov. 4.

A Season 12 finalist, Lawson heads up a show that includes the Season 15 champ, spoken-word artist Brandon Leake, in its opening cast. Former “AGT” finalists or champions in the lineup include singer Kodi Lee, danger duo Deadly Games, performance artists Duo Transcend, the mentalist team The Clairvoiyants, shadow-performance troupe The Silhouettes and Ukrainian LED dance troupe Light Balance. As we say, the legacy of “The Ed Sullivan Show” is safe as long as “AGT” is around.

The 30-year-old Lawson has been writing jokes since age 16, and performing since he was 18. He took time for a chat recently at NBC’s “AGT” venue, Dolby Theatre in Los Angeles.

Johnny Kats: When was your last appearance in Vegas?

Preacher Lawson: You’ve got me. It was a club. One of the prominent ones.

No, no, no. Something else. My memory is trash when it comes to this stuff. Wait, like Jimmy something.

That’s it (laughs)! This is what happens when you’re on the road. You do a different state every week. I could have seen you last week, but it might seem like five years ago. It is a crazy life.

I’ve seen comics look at their notes to know what city they’re in, what night it is. It’s tough. But it all stops for you pretty soon. You’ll be a Las Vegas resident.

It’s wild. We had this Zoom meeting and they told me. I was super-excited, to be in Las Vegas, in one place. That is great for me. I think it’s great for any comic to have a home for a while. I’m definitely looking forward to being in one spot.

What do you think of the show’s chances in Las Vegas?

I mean, are you kidding me (laughs)? It’s “AGT” in Las Vegas. It’s a home run, right? We have the Luxor, the pyramid, and we’re talking “AGT,” the No. 1 show this summer. Being available to go to at any point after we open in November, they can just fly to Vegas and see it live. It’s going to do well.

What is your role, exactly, as host?

I’m going to be doing jokes, making you laugh. I’m going to open it up with some energy. Do some time at the top and just come back and interact with the contestants. Make it a fun show.

Are you planning to do Vegas-specific material at Luxor?

Maybe, because I do want to try to make it seem like every show is unique. That’s what I’m like when I’m on the road. So if I’m in Vegas, I’ll have some references that make it more of an intimate experience. People will know I live in Las Vegas.

How long is your commitment in the show?

I have a six-month contract, but I think I can be there maybe a year if it goes well.

You could be a Vegas star by then

Yeah, maybe. The show is really the star. Everything I have going right now is because of “AGT.”

You get to focus on your act and not all the hassles of travel, right?

I go to all these comic clubs all around the country. What I hate is the plane. I hate getting on it, doing TSA pre-check. I hate, you know, checking bags. I hate landing and being in a different time zone. I don’t like going straight off the plane to go on stage after trying to sleep on the bed. The way I look at it, that’s the work. Being onstage is the fun.