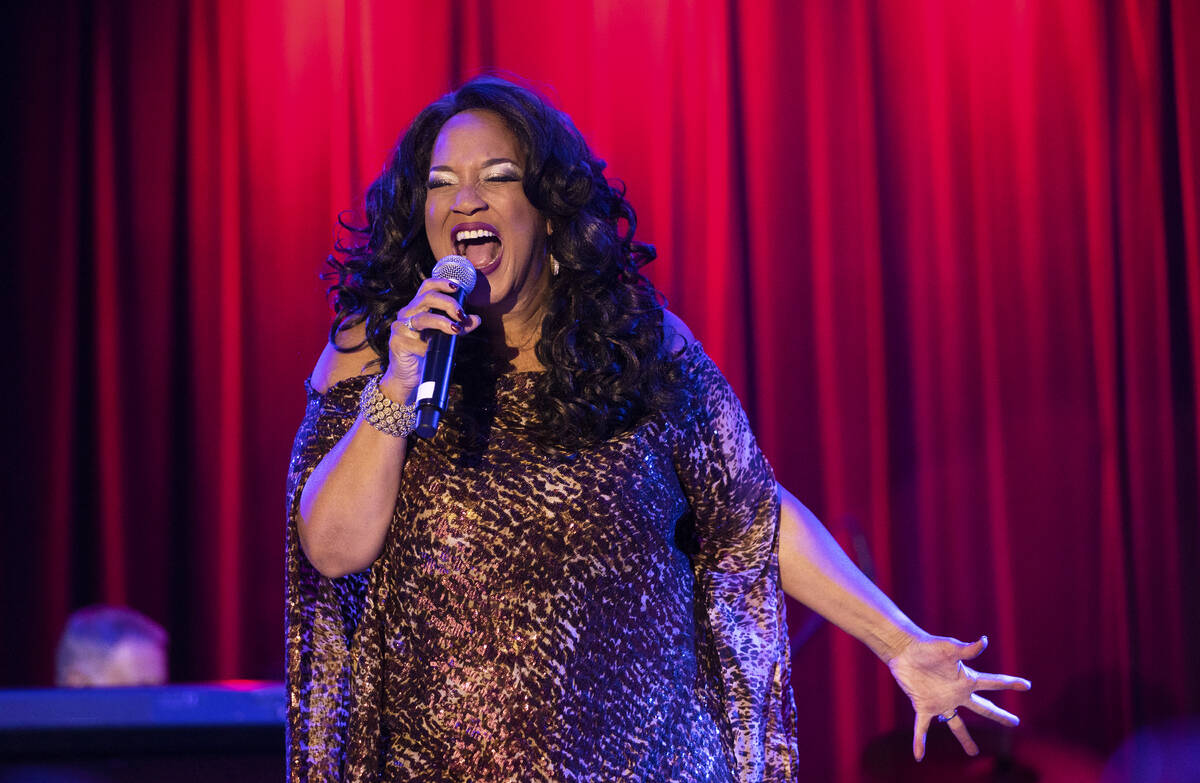 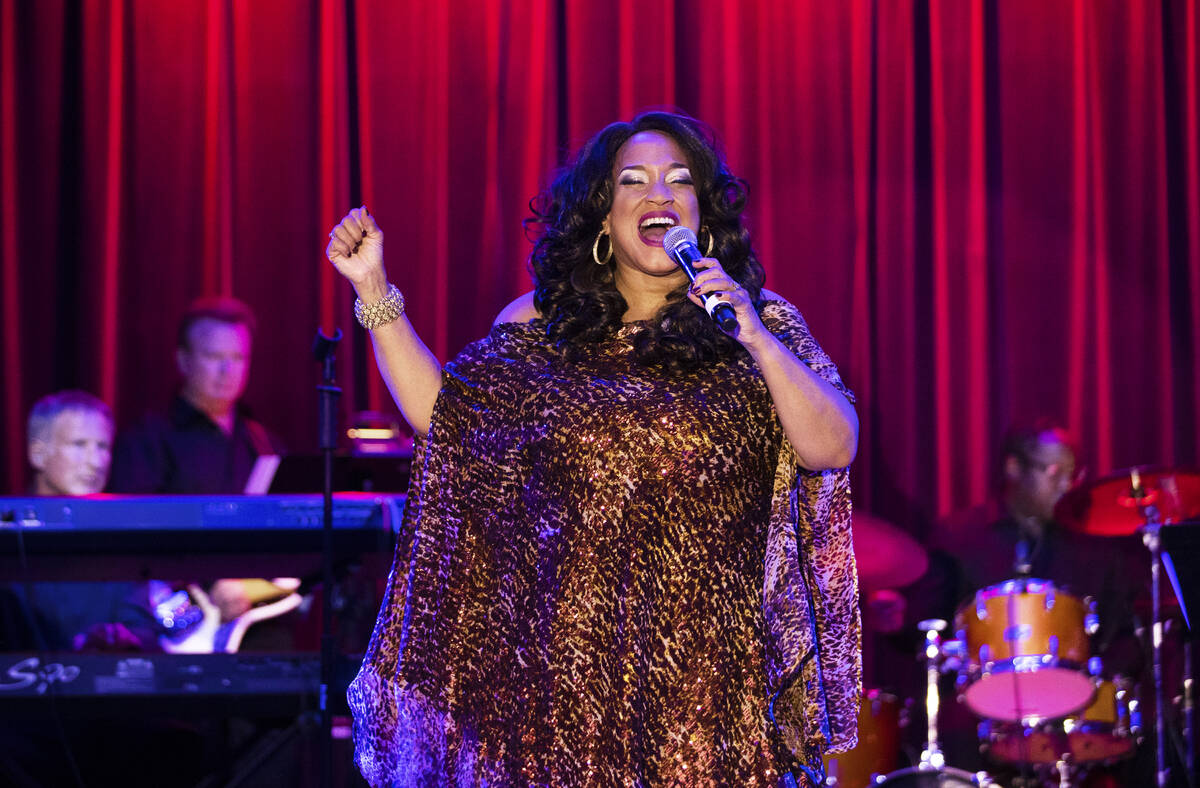 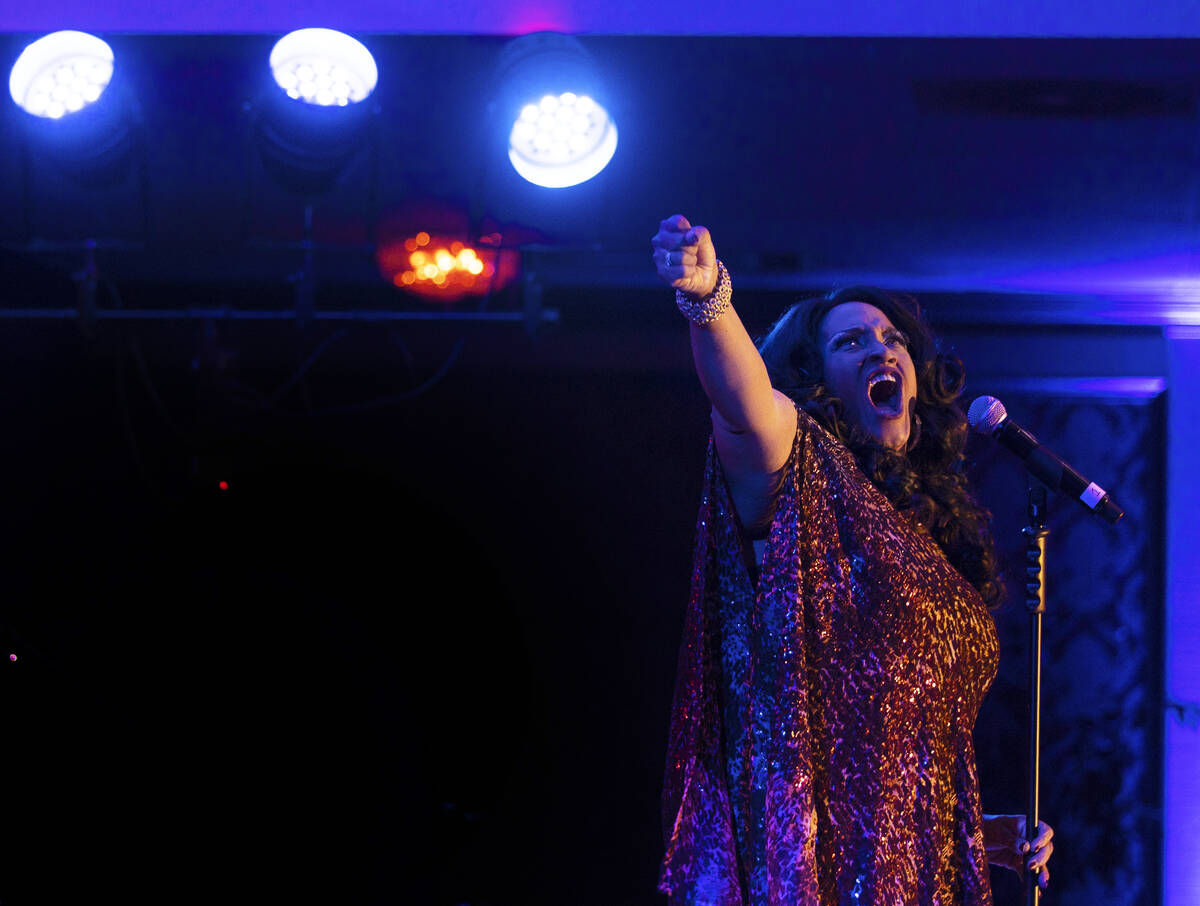 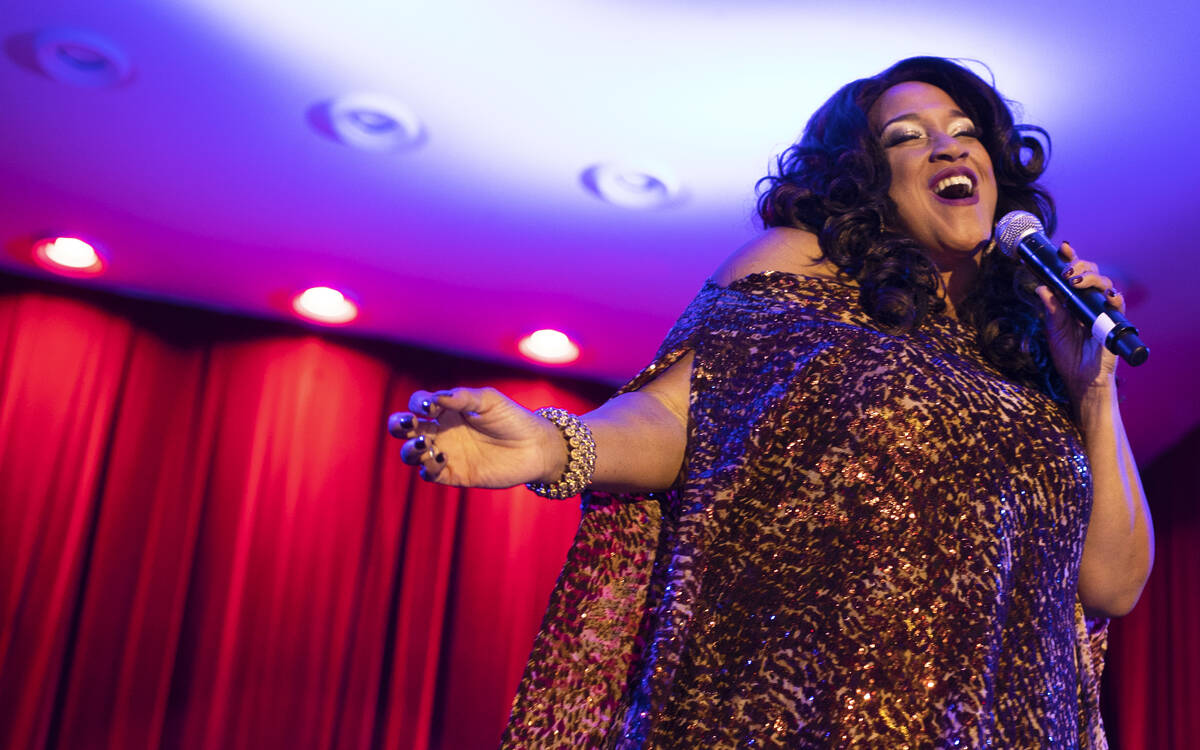 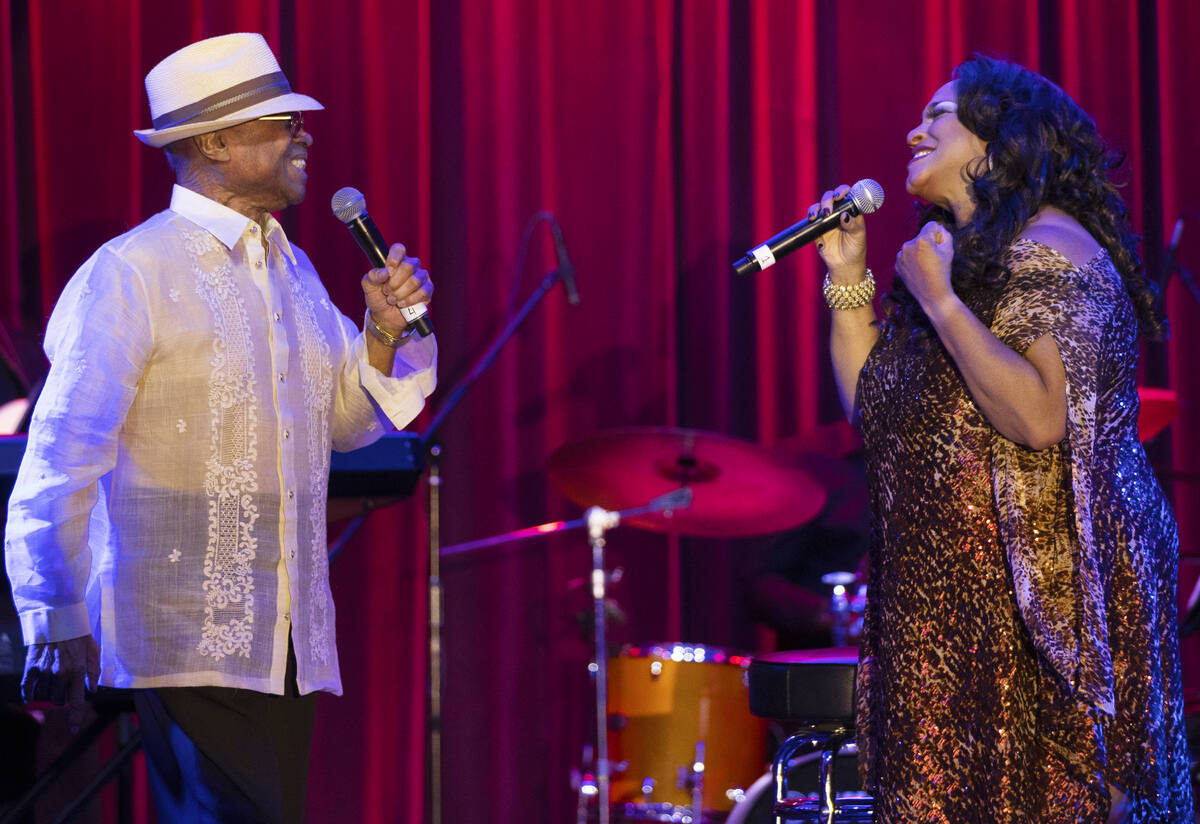 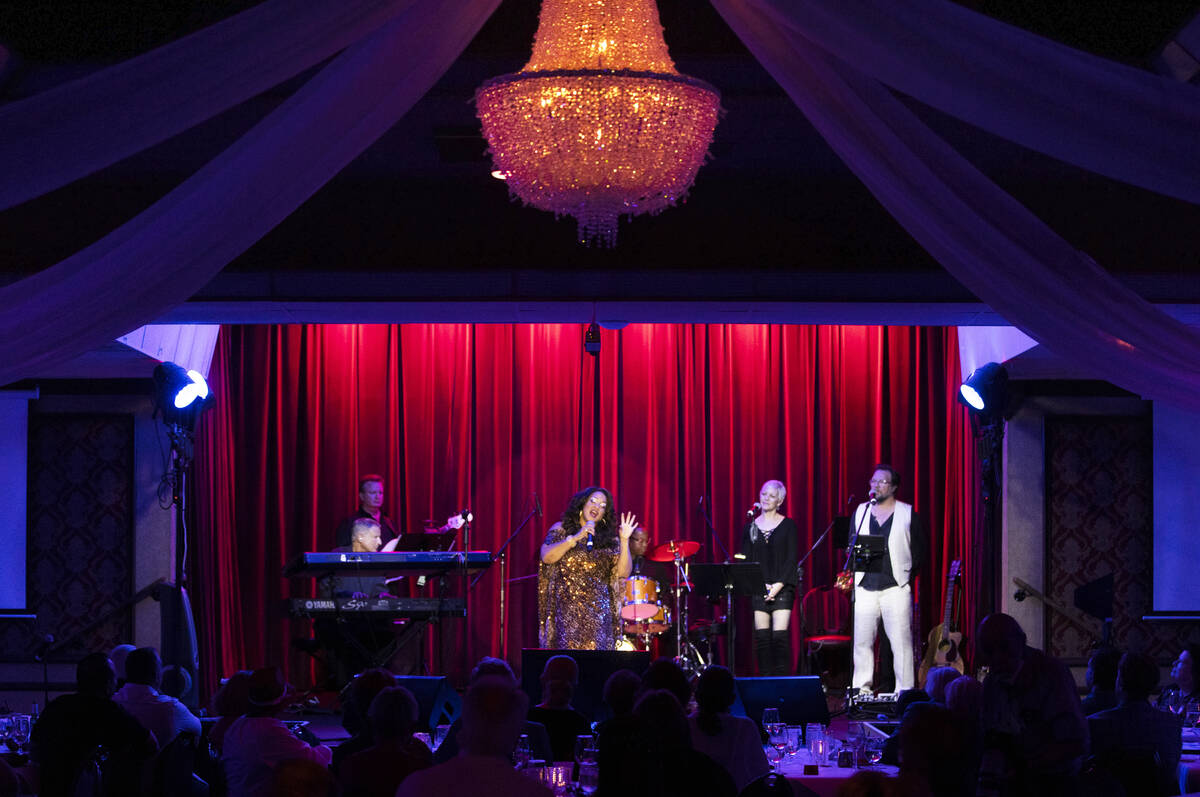 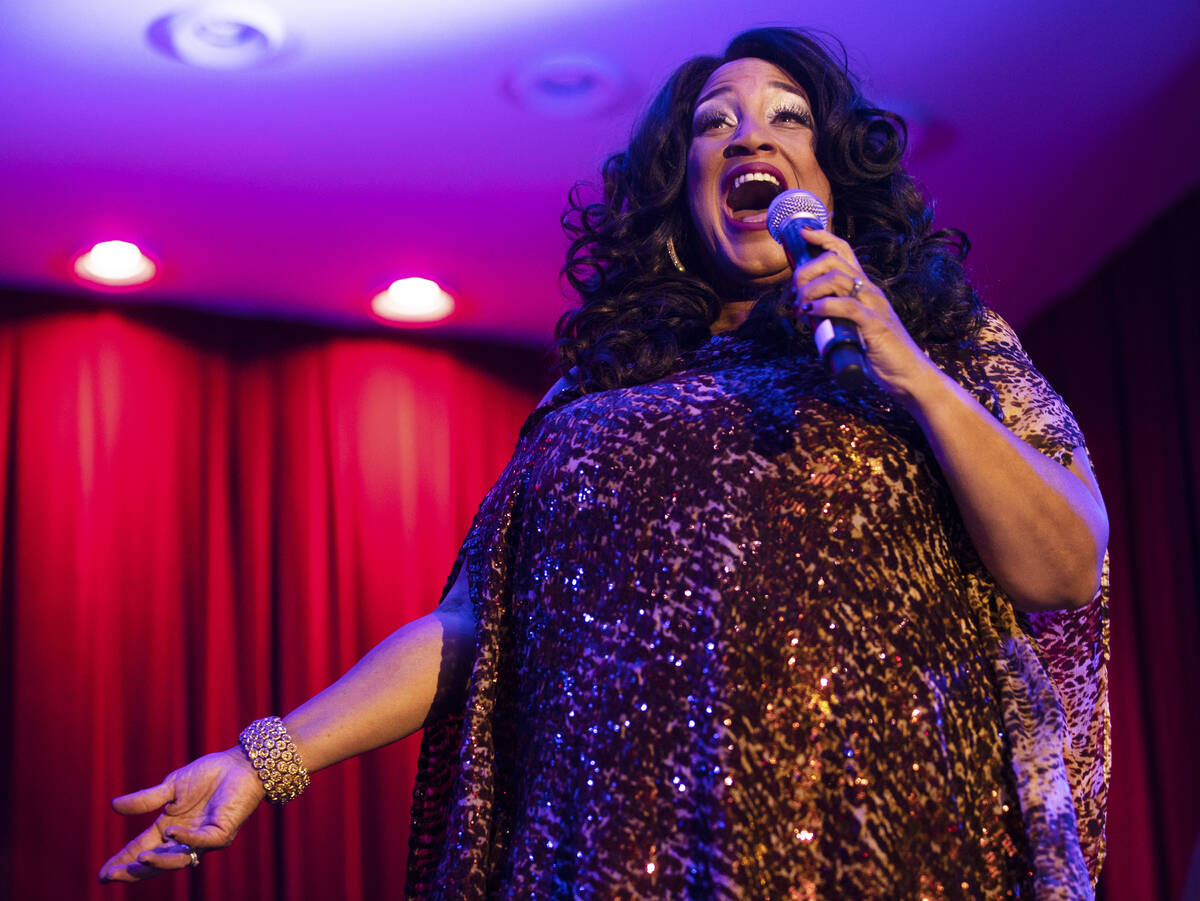 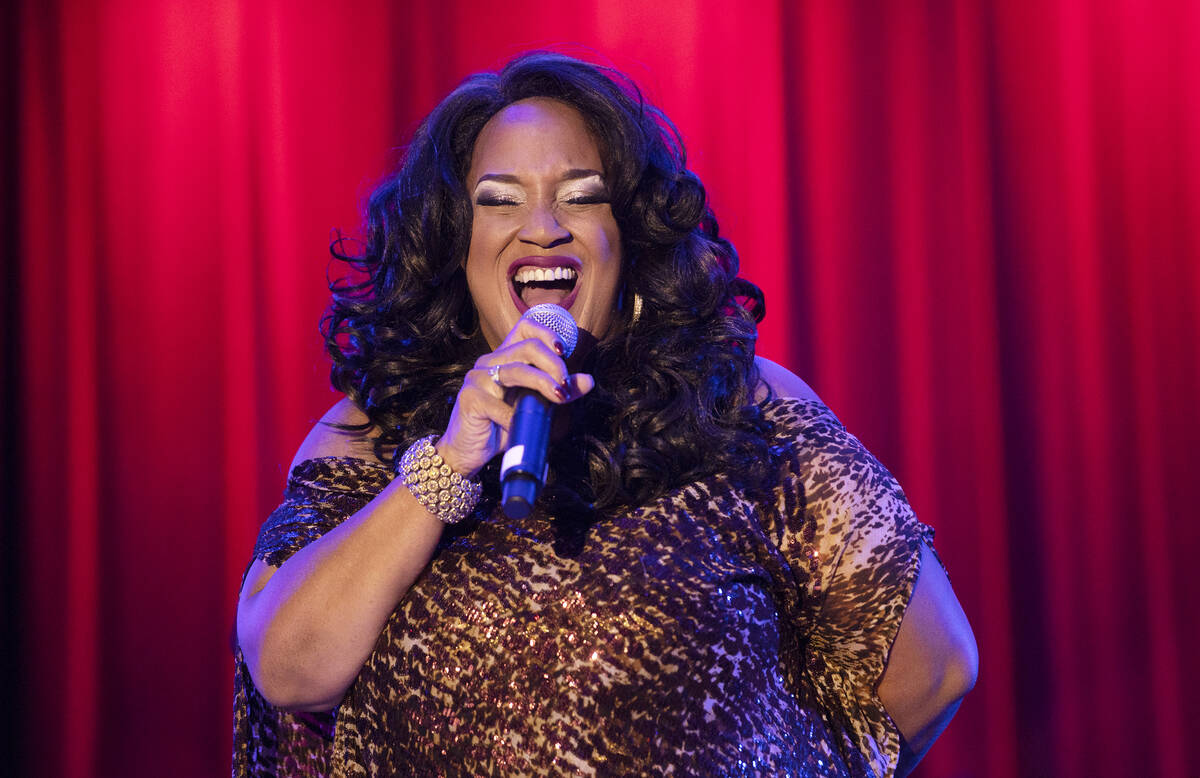 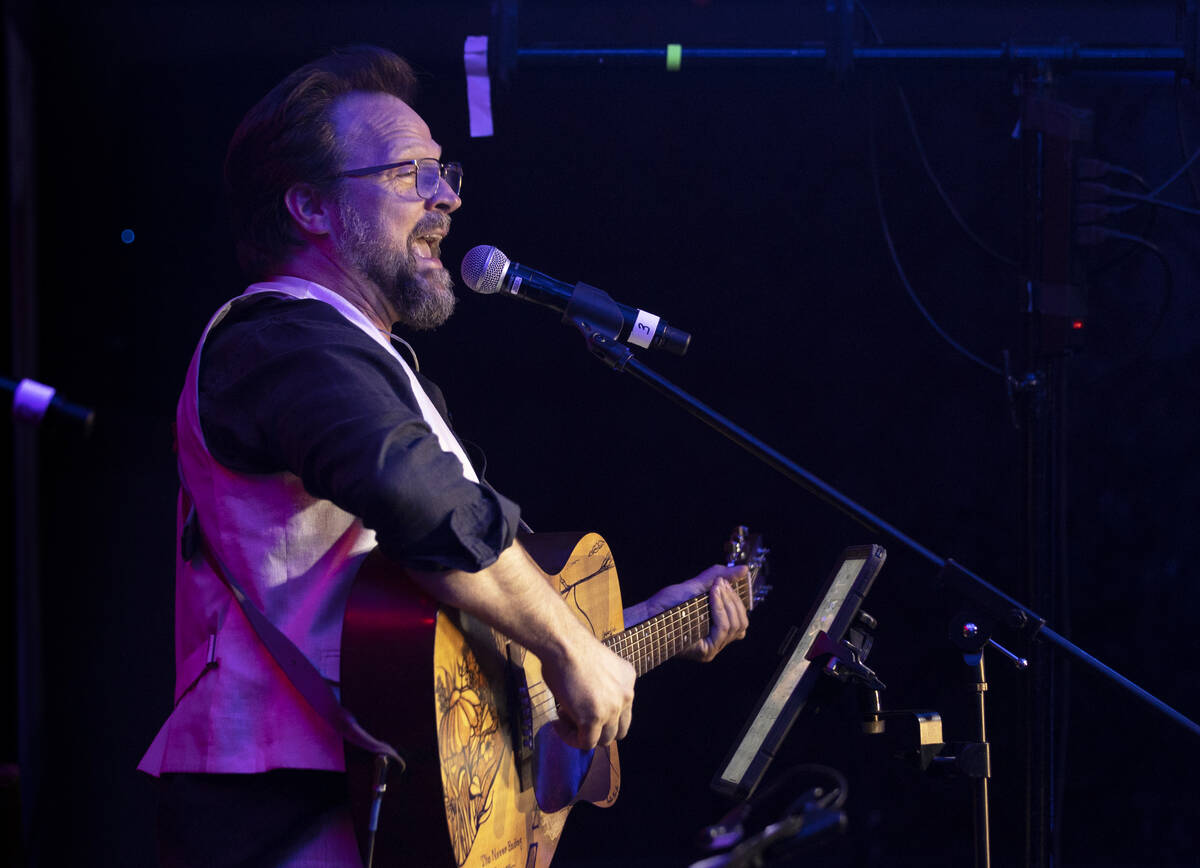 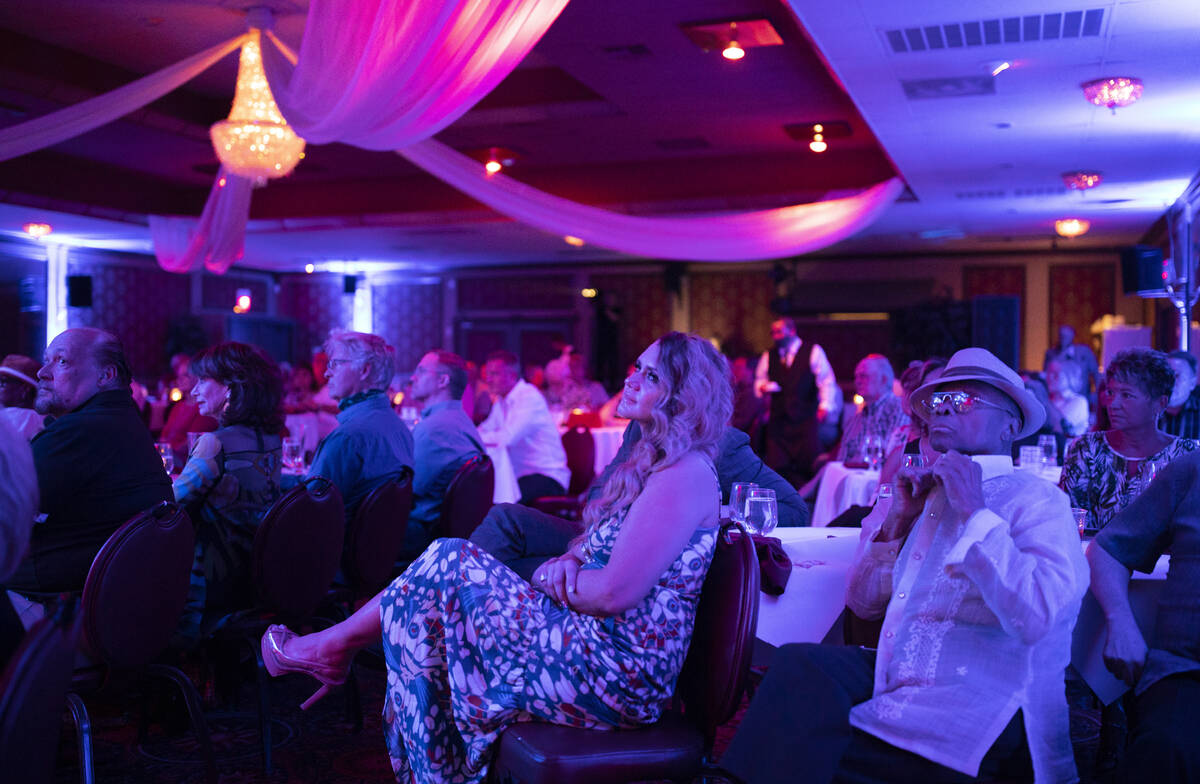 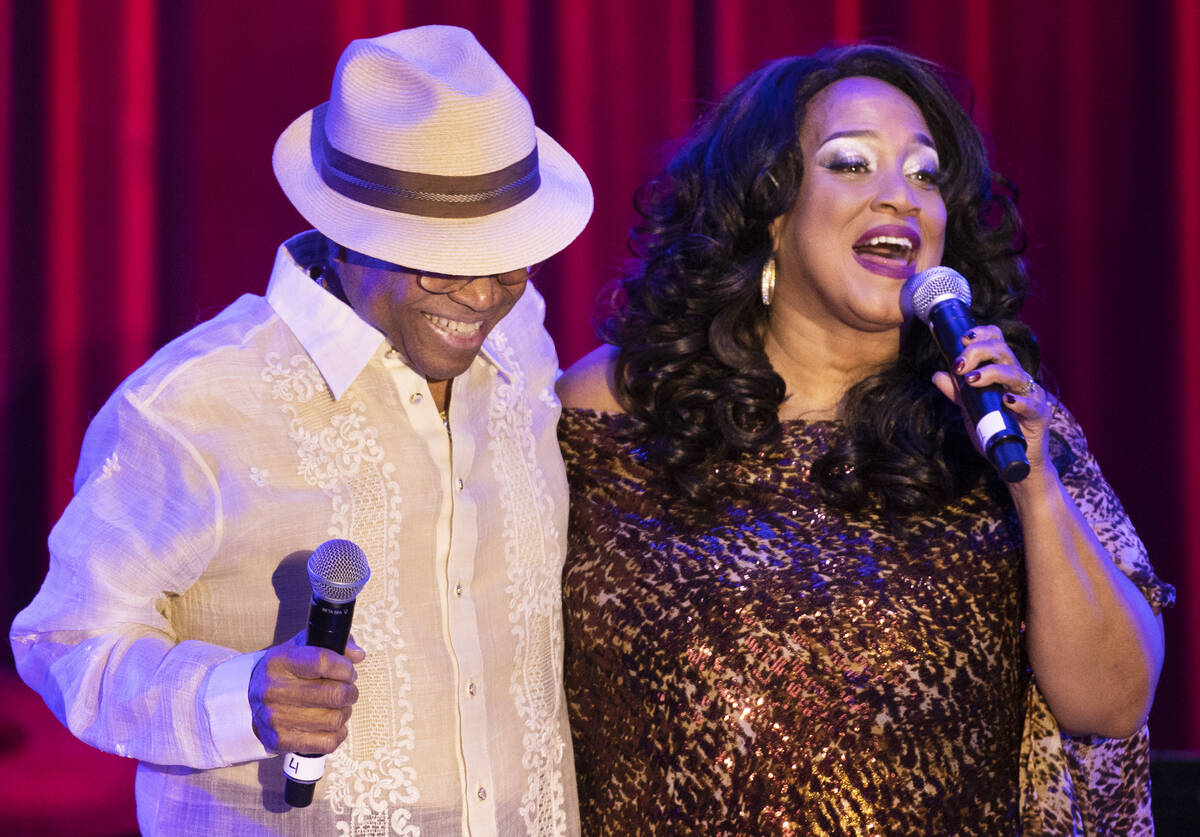 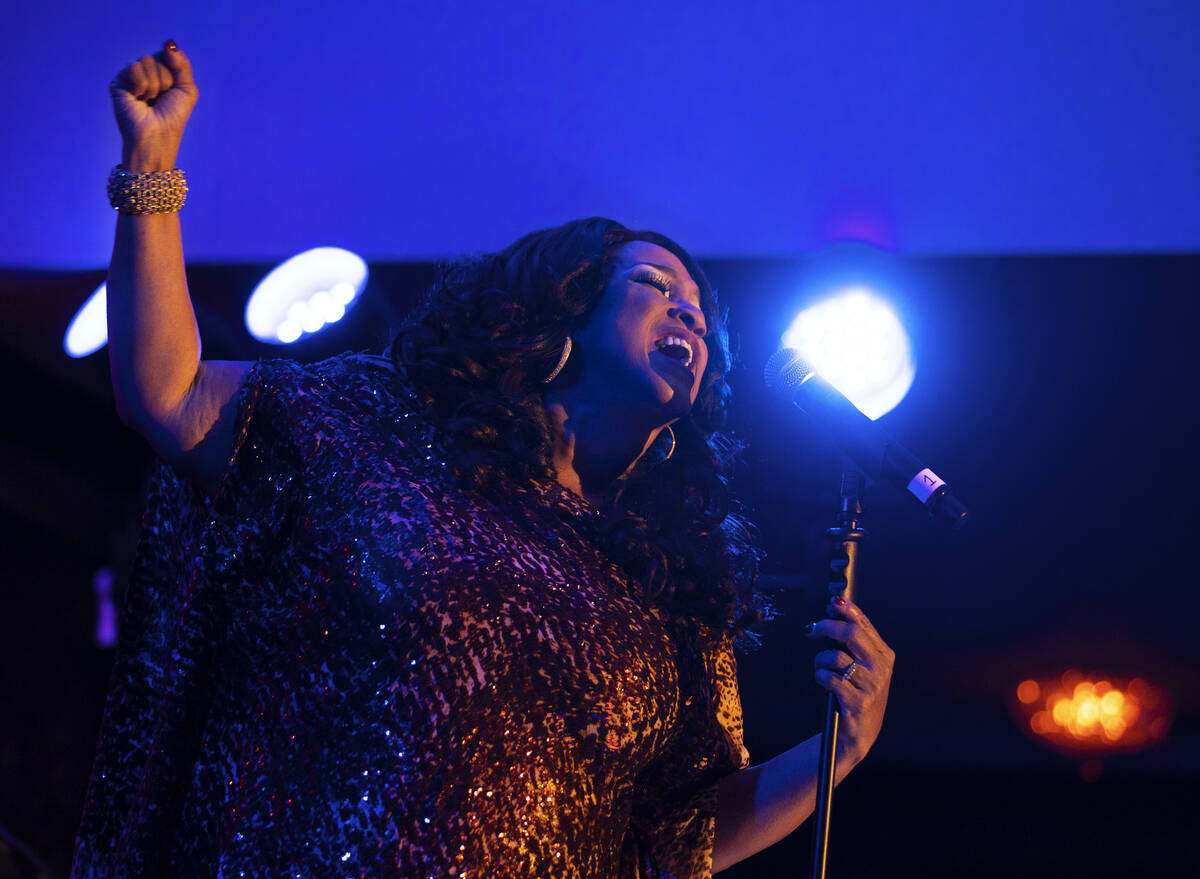 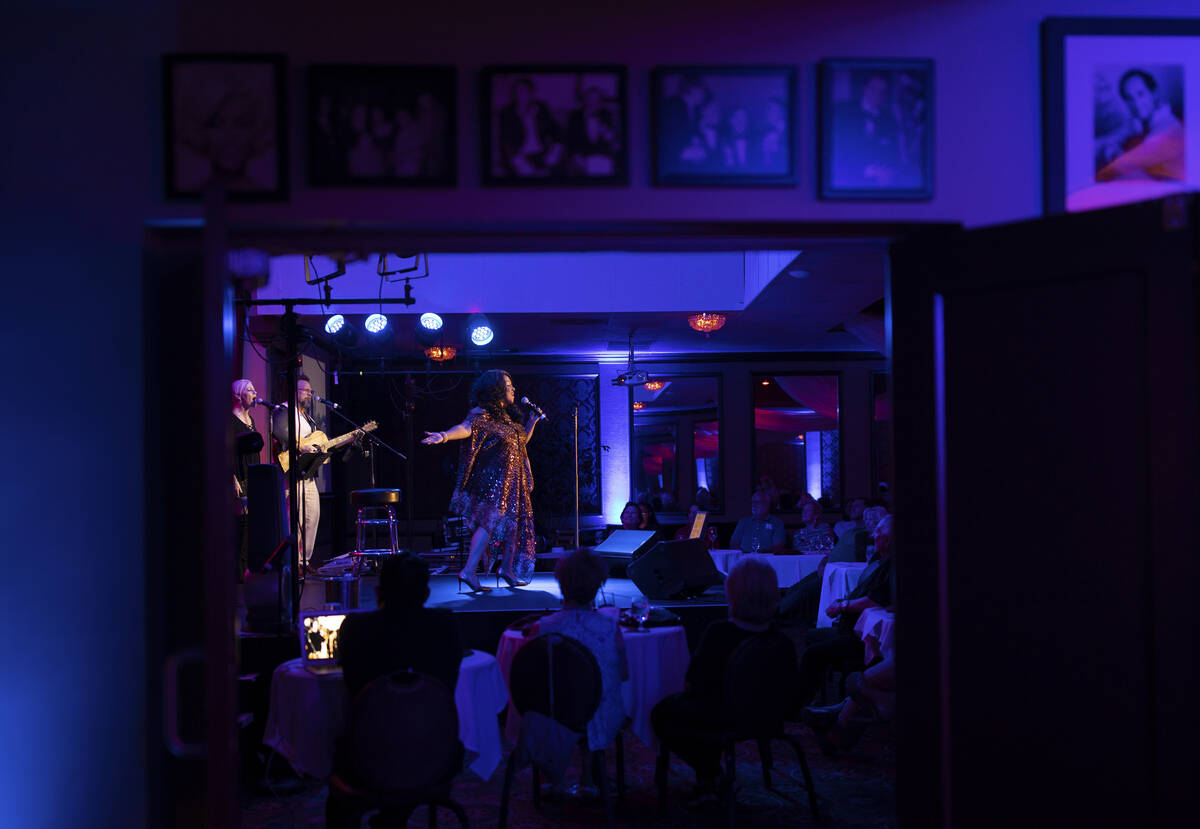 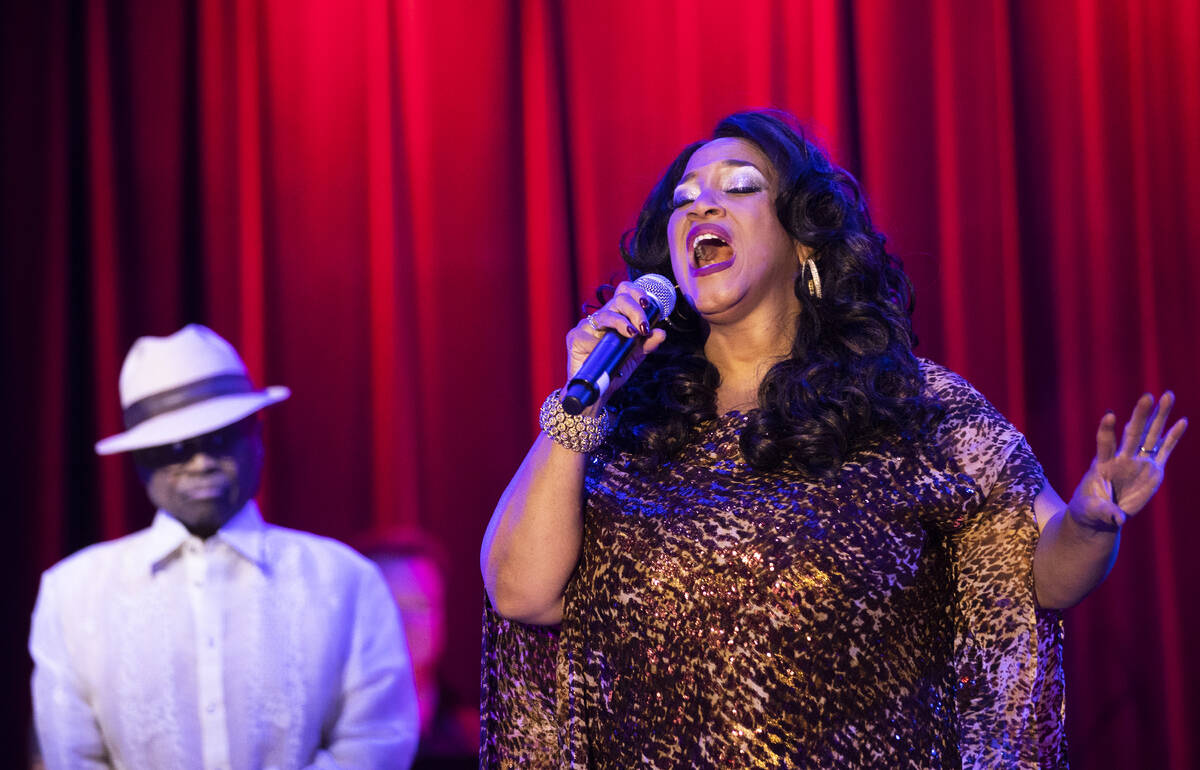 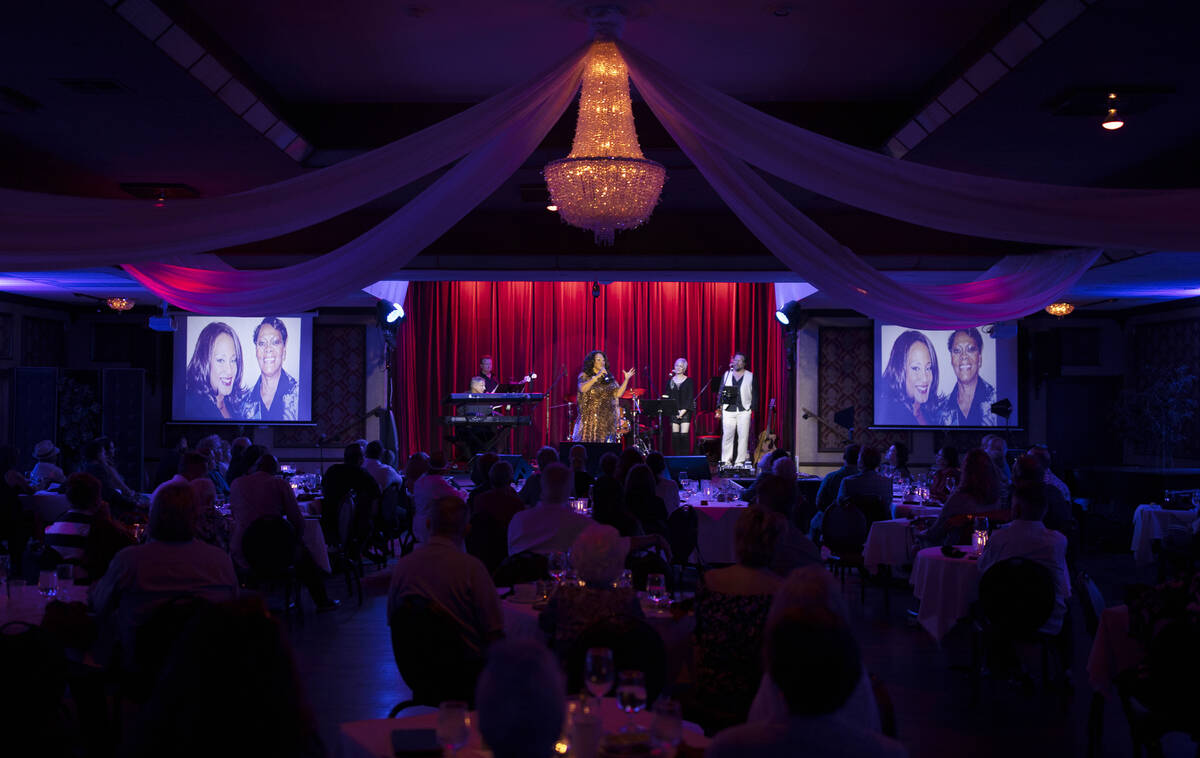 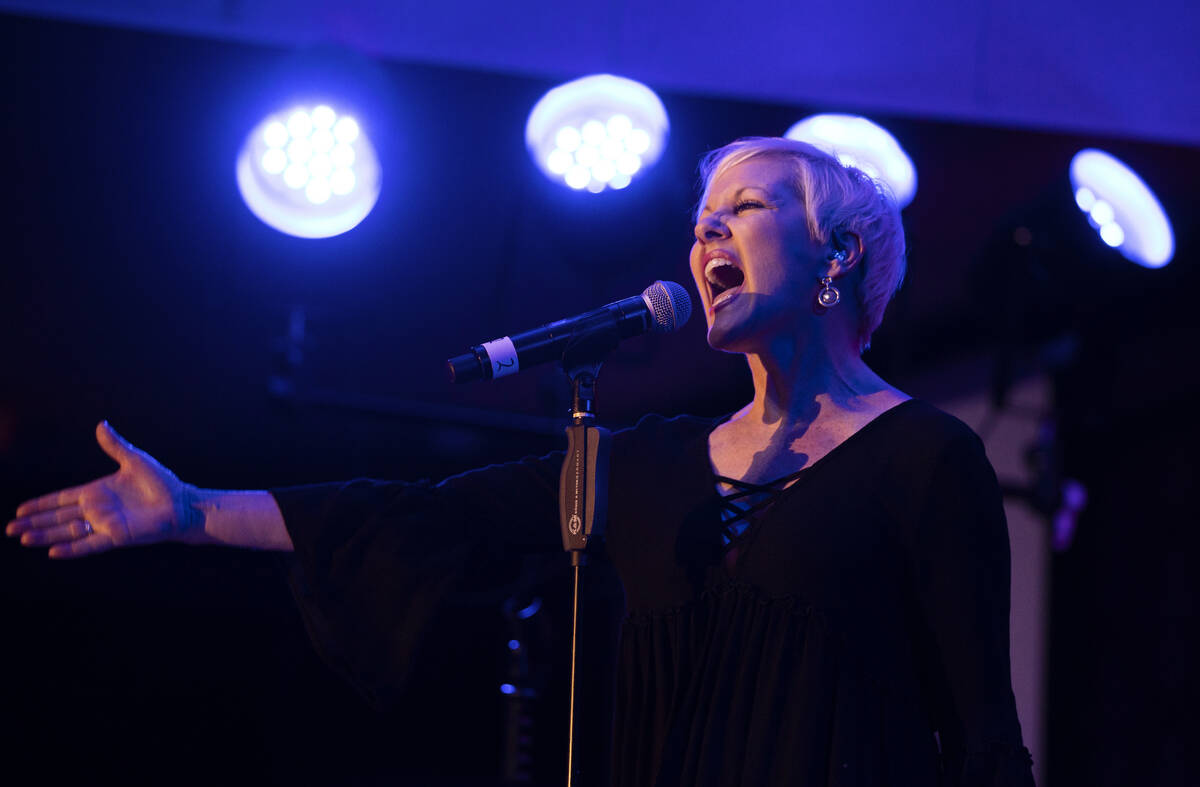 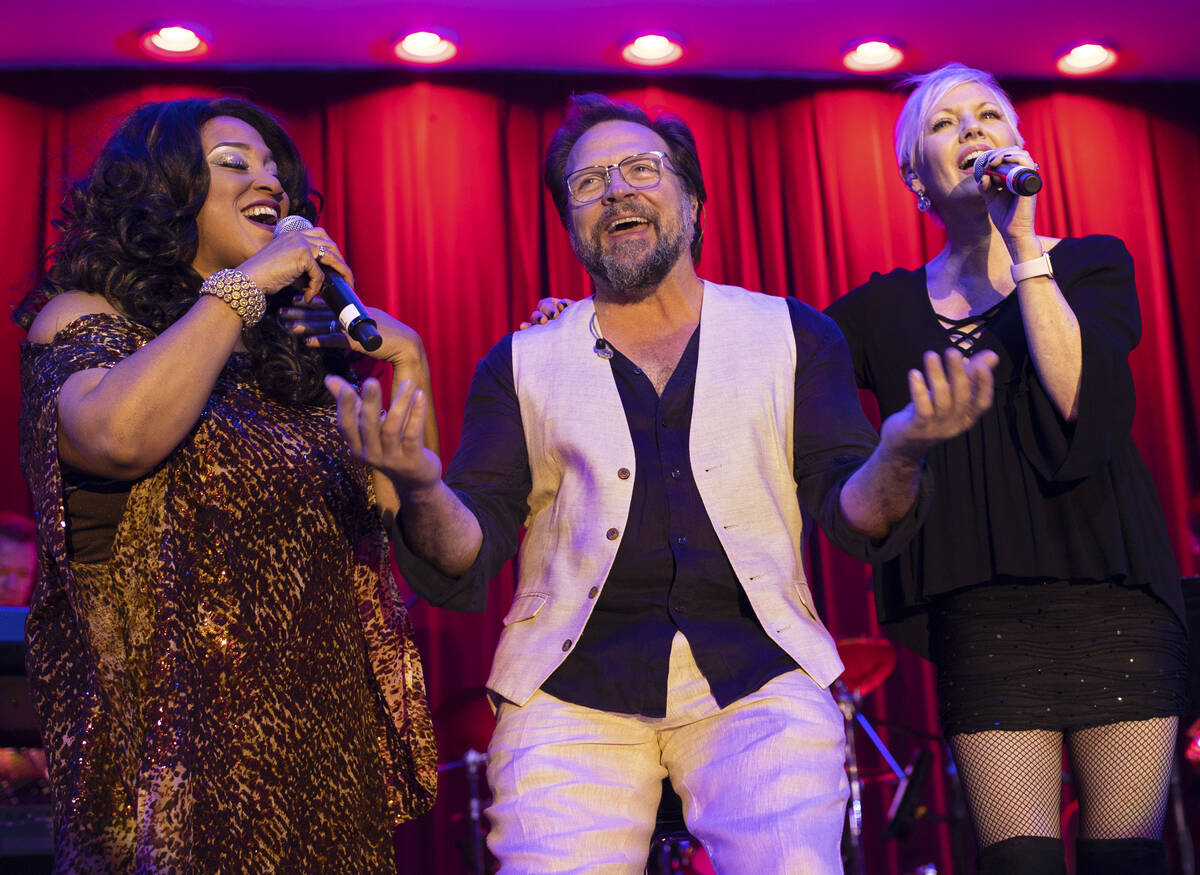 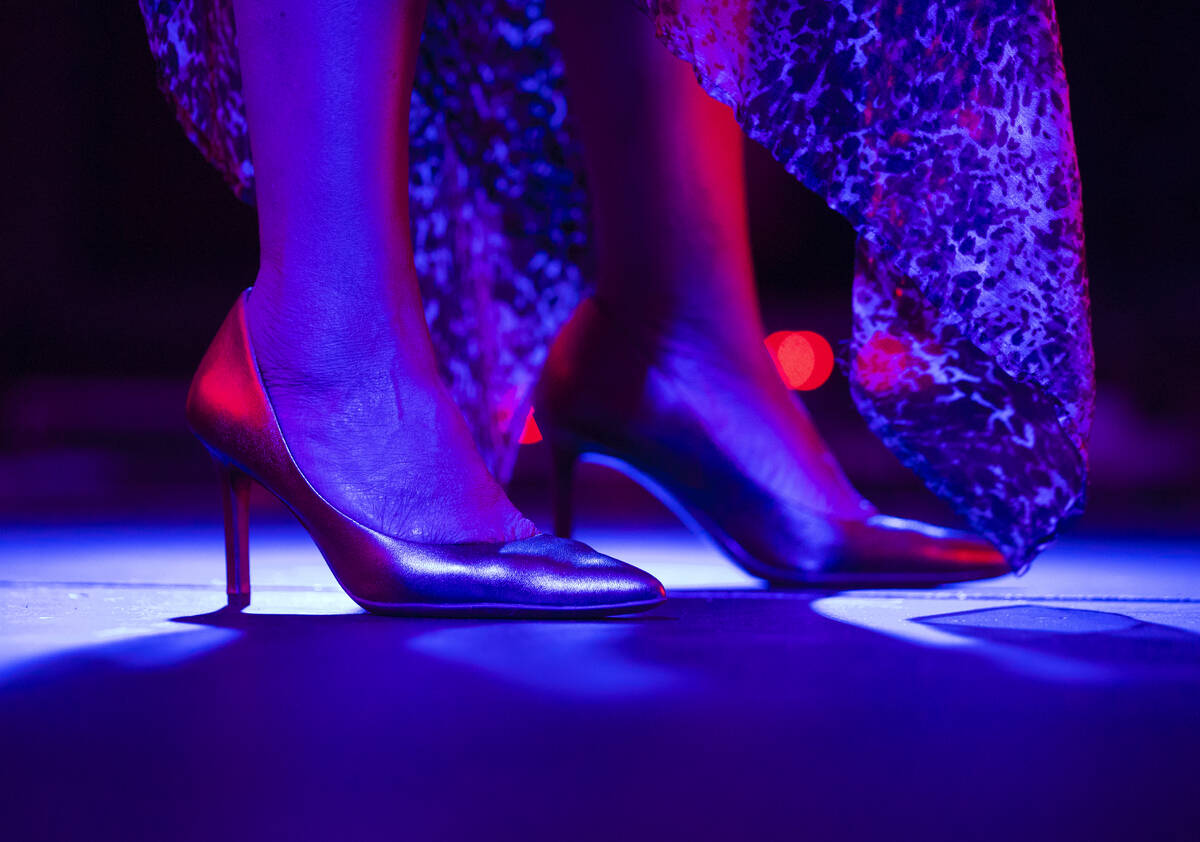 Michelle Johnson is known for her love of jazz, clear from her nickname, “Las Vegas’ First Lady of Jazz.” But she is digging deep into her musical theater roots for her show “Home! A Return to Broadway,” set for 6 p.m. Sunday at Myron’s at The Smith Center for the Performing Arts.

“Home” features a lot of material, and Johnson has a lot to say. The highlights of our recent back-and-forth:

Johnny Kats: What was your introduction to musical theater?

Michelle Johnson: My mom was a teacher where I went to school, and she put together a talent show. We had to pick songs from Broadway shows. I picked a song from “Jesus Christ Superstar” called “I Don’t Know How to Love Him.” It was the first solo I ever did, and nobody knew I could sing. My mom was like, “Well, why don’t you just see what happens?” I did it, and I got hooked.

You’ve been singing around town as the city has reopened, at some really cool places like The Space, The Vegas Room and the Italian American Club. Can you talk about what it feels like to be back at Myron’s?

The reason the show is called “Home” is because I love a lot of venues, they all have a unique character, but The Smith Center is the first place where I performed my original projects. The way I was embraced by (Smith Center President) Myron Martin and (Smith Center Vice President and COO) Glen Meades has become a special relationship. I can’t really explain beyond that what I feel when I walk through that door. It’s just the easiest place for me to feel myself.

Can you talk about how important the smaller-capacity venues are to the city’s entertainment community?

First of all, that’s my jam. I have played arenas, I’ve played big, big theaters with other acts on tour. I’ve done all that, and it’s great. But if your shows are crafted to have a relationship with someone beyond just the music, like a connection, there’s nothing like a small venue. I mean, you technically can make anyone feel anything in any space, but it’s a lot easier and a lot more fun if you’re in a space that feels like your living room.

These smaller clubs really add texture to our city, that’s one thing that’s come about in the pandemic. Several have opened up to fill that need.

It creates a sense of community. It gives us a break from the Strip, and it’s part of what it means to be in a real city. Think about a place like New York. If you only had Broadway theaters and big stages for you corporate events, you wouldn’t have all those little tiny rooms everywhere. You’re walking down the street and you look down the stairs, you go under the street and there’s some music being played. We need that here, and we have a plethora of talent and entertainment options.

You know so many singers and musicians in Las Vegas. You put together the big choir for Barbra Streisand’s show at the MGM Grand a few years ago — all Vegas singers. What was that like?

I had the singers, and Bill Fayne (Clint Holmes’ longtime music director) was conducting us. She does this thing at the end of a number where she turns around and she says “Thank you” to whoever the choir director is in that city. She looked right up at me, and she’s my idol, and says, “Thank you.” And I’m like, “You’re welcome, Barbara!” I was so excited. … She was so lovely. I don’t care what anyone says, I feel like these women have these reputations, but when you are around them in any capacity, you find out they’re just good at what they do. They know exactly what they want.

In your autobiographical show, you sing about an amazing moment onstage with Paul McCartney at the Hollywood Bowl.

It was the Earth Day concert in 1993 — like the modern equivalent would be Life is Beautiful — act after act after act. Paul McCartney was the anchor act, and the band I was in, P.M. Dawn, was on at like 2 or 3 in the afternoon. We had Don Henley, 10,000 Maniacs, Natalie Merchant, Kenny Loggins, k.d. lang in this show. At the end, Paul pulled us all onstage for “Hey Jude.” I got pushed up with this mob, and I’m standing between Paul McCartney and Ringo Starr, singing, “Na-na-na-na!”

And Ringo had some dental thing going on, right?

He had some dental surgery and didn’t want to sing. He’s telling me this during the song! Paul tries to hand him the mic and he’s nodding no, he won’t sing. Then Paul goes to the piano and leaves the microphone in front of me open. And I did the Michelle Johnson shuffle, I went to it, I sang on it and had this whole duet with him throughout the rest of the song. He gave me a thumbs-up. Sure, yeah, it was amazing, but you never know when you will get those opportunities. Sometimes they just happen, if you’re in the right place, the right time.