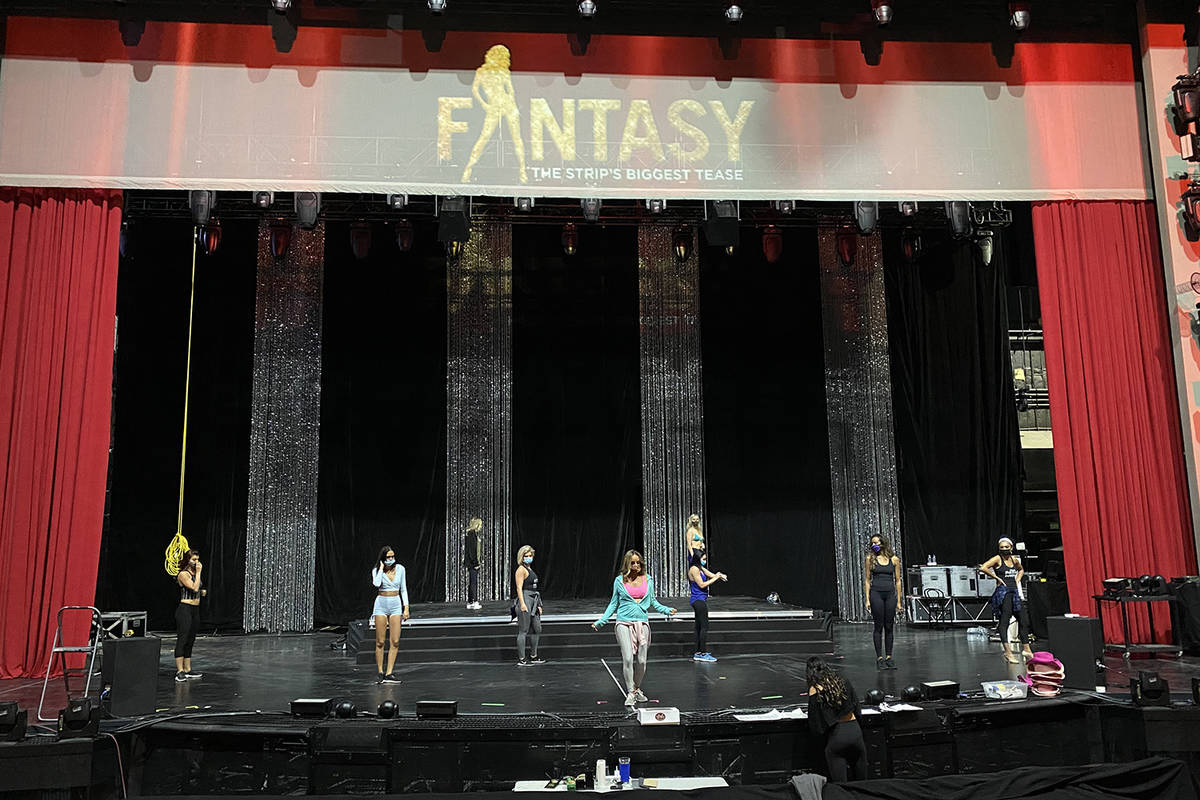 A look at a rehearsal of "Fantasy" at Luxor Theater on Nov. 3, 2020 (John Katsilometes/Las Vegas Review-Journal) @JohnnyKats 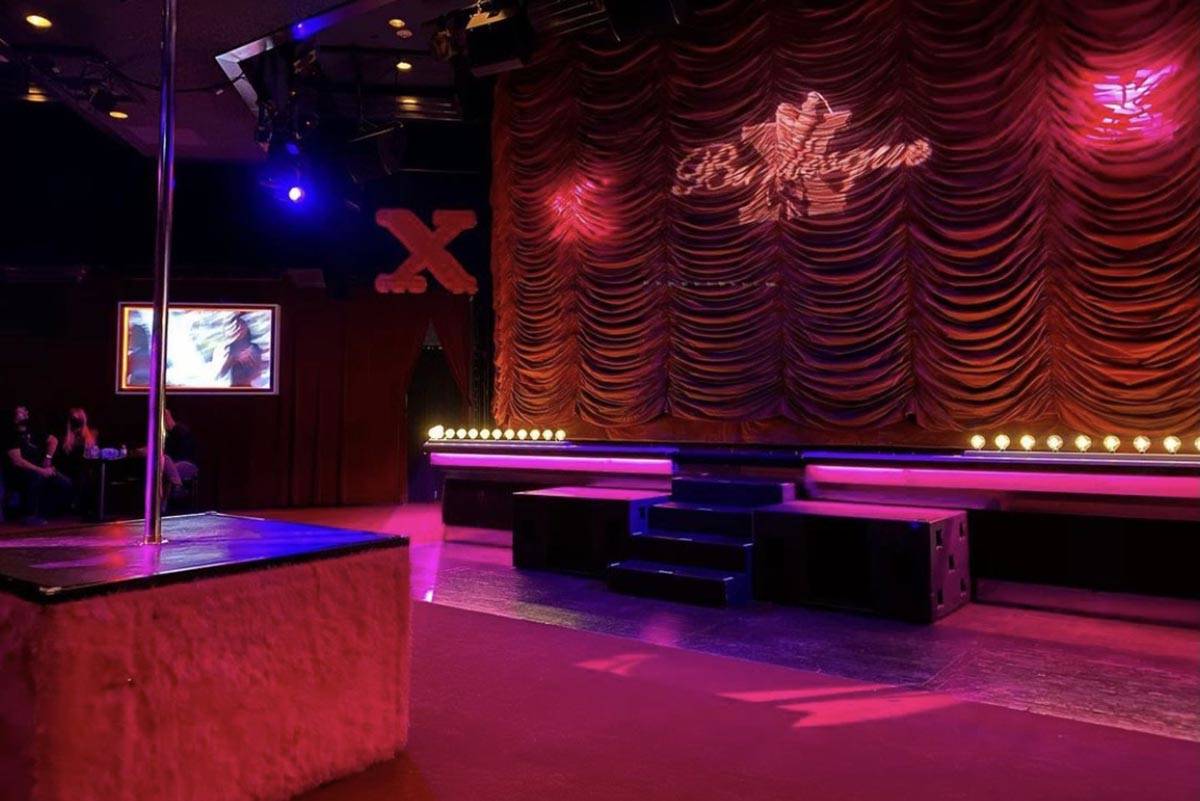 The socially distant stage for "X Burlesque" at Flamingo is shown on Thursday, Jan. 9, 2021. (Stabile Productions) 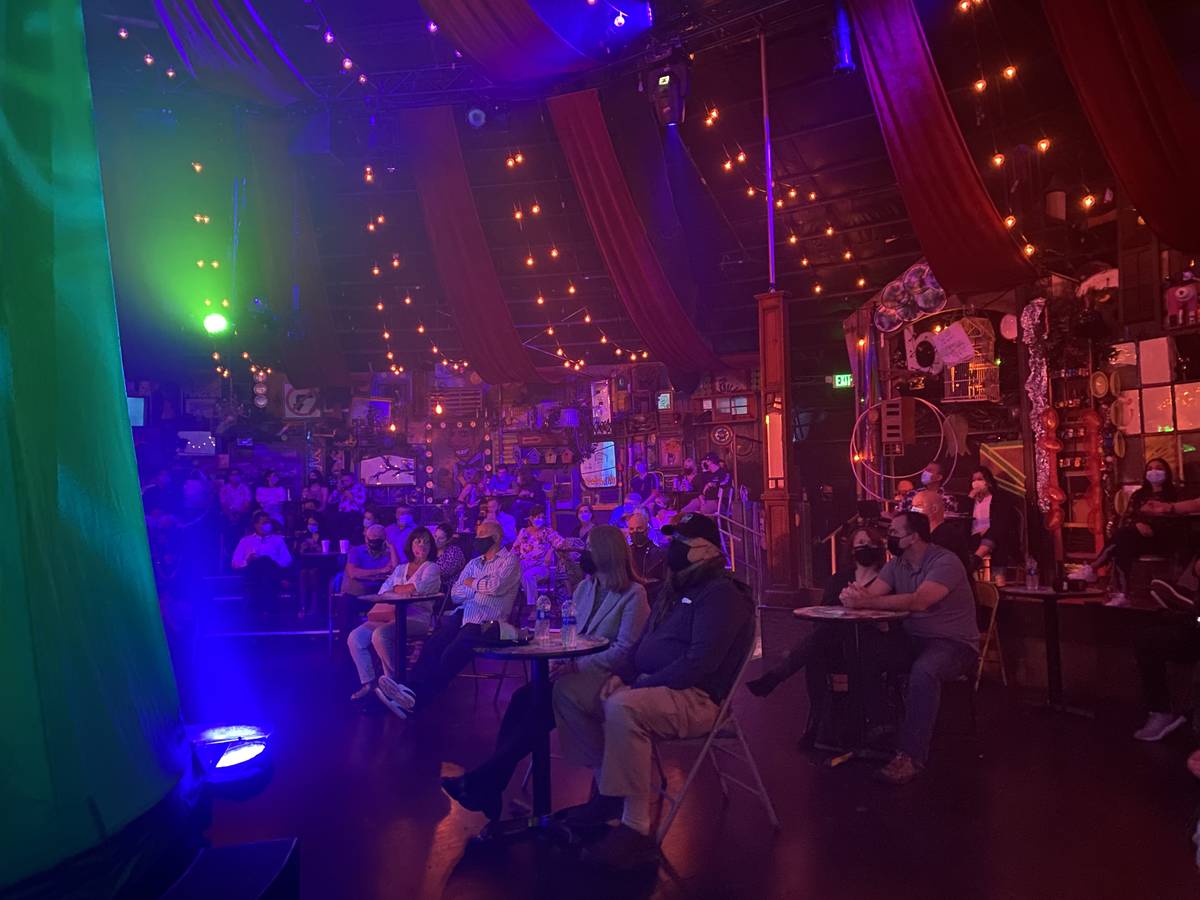 A shot of the 150-capacity crowd at the Spiegeltent for the return of "Absinthe" at Caesars Palace on Wednesday, Oct. 28,2020. (John Katsiometes/Las Vegas Review-Journal) @JohnnyKats 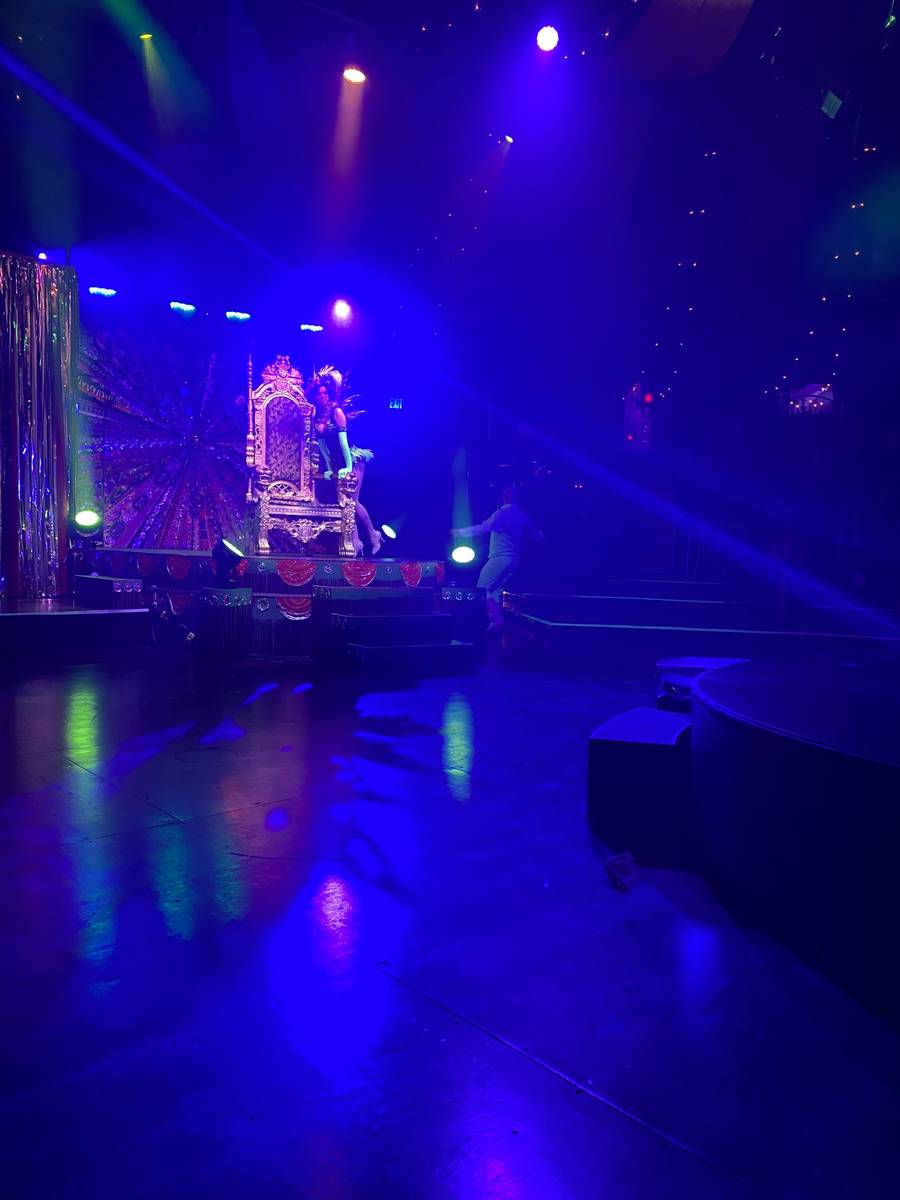 The Spiegeltent stage setup is shown in the return of "Absinthe" at Caesars Palace on Wednesday, Oct. 28,2020. (John Katsiometes/Las Vegas Review-Journal) @JohnnyKats 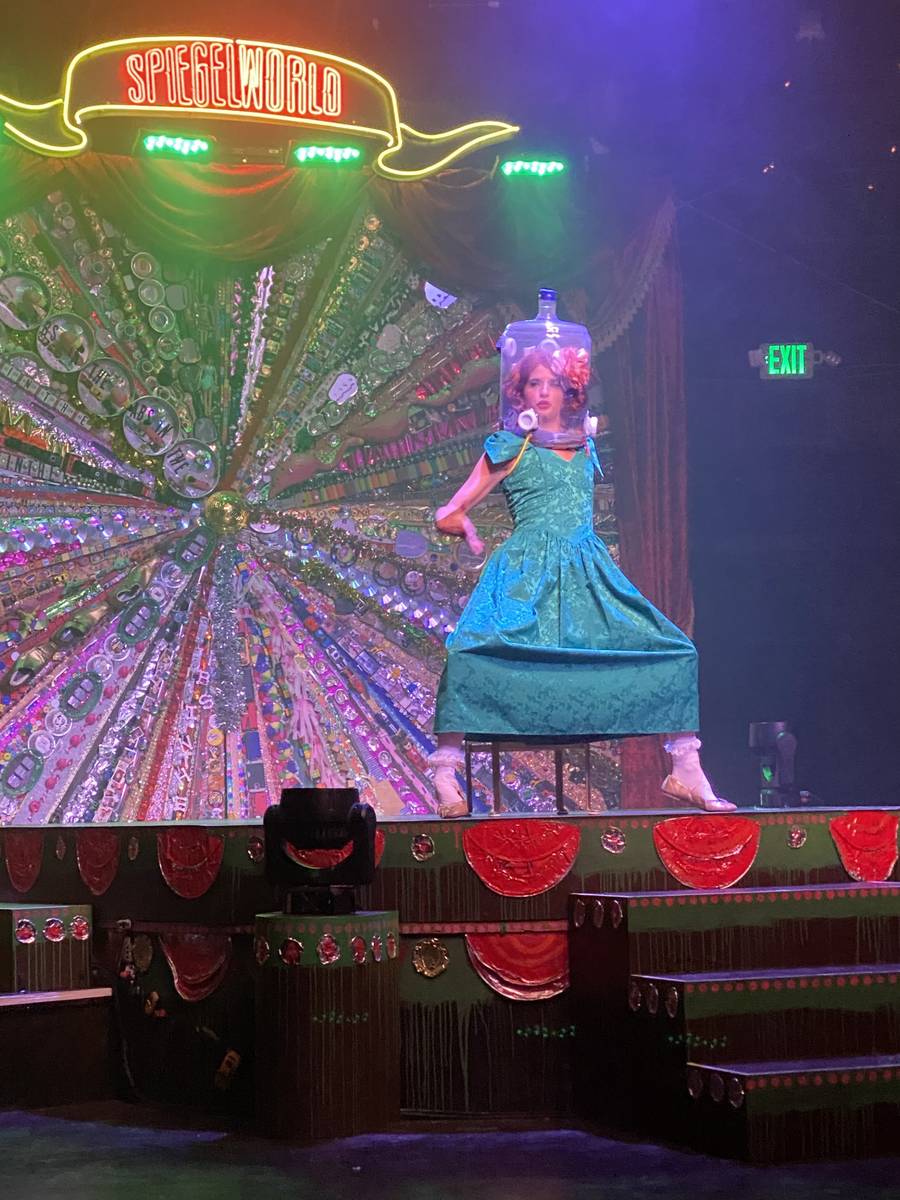 Penny Pibbets is shown in the return of "Absinthe" at Caesars Palace on Wednesday, Oct. 28,2020. (John Katsilometes/Las Vegas Review-Journal) @JohnnyKats 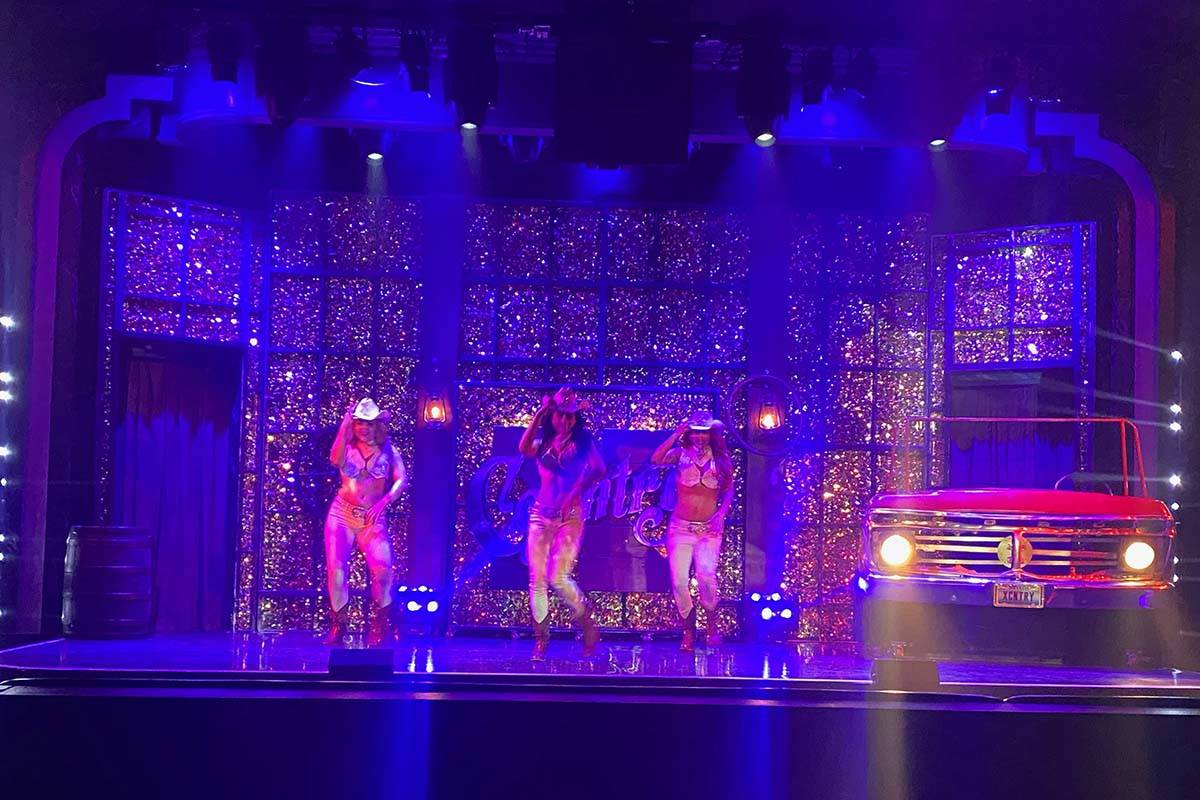 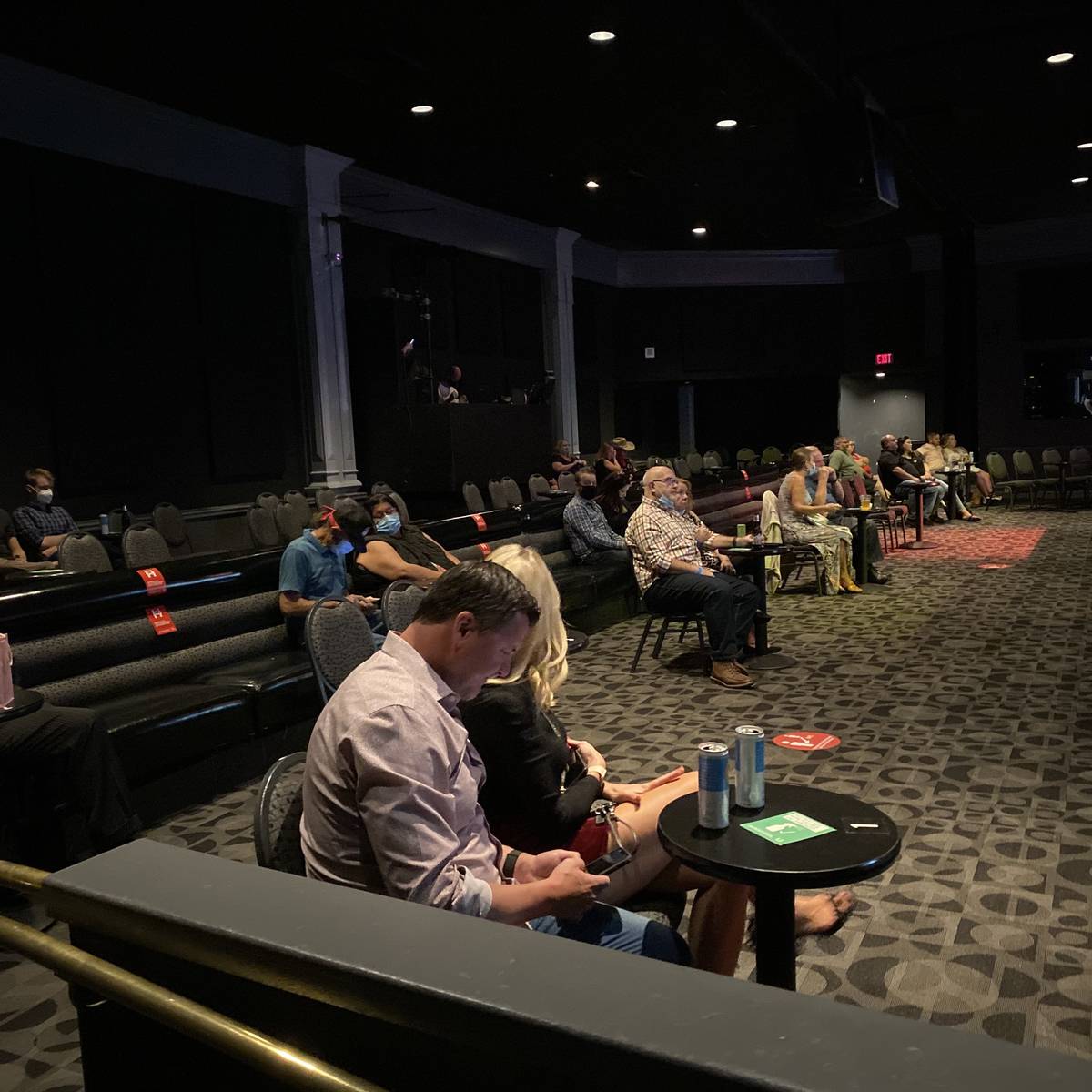 An early look at the crowd at "X Country" at Harrah's Cabaret on Thursday, Oct. 22, 2020. (John Katsilometes/Las Vegas Review-Journal) @JohnnyKats 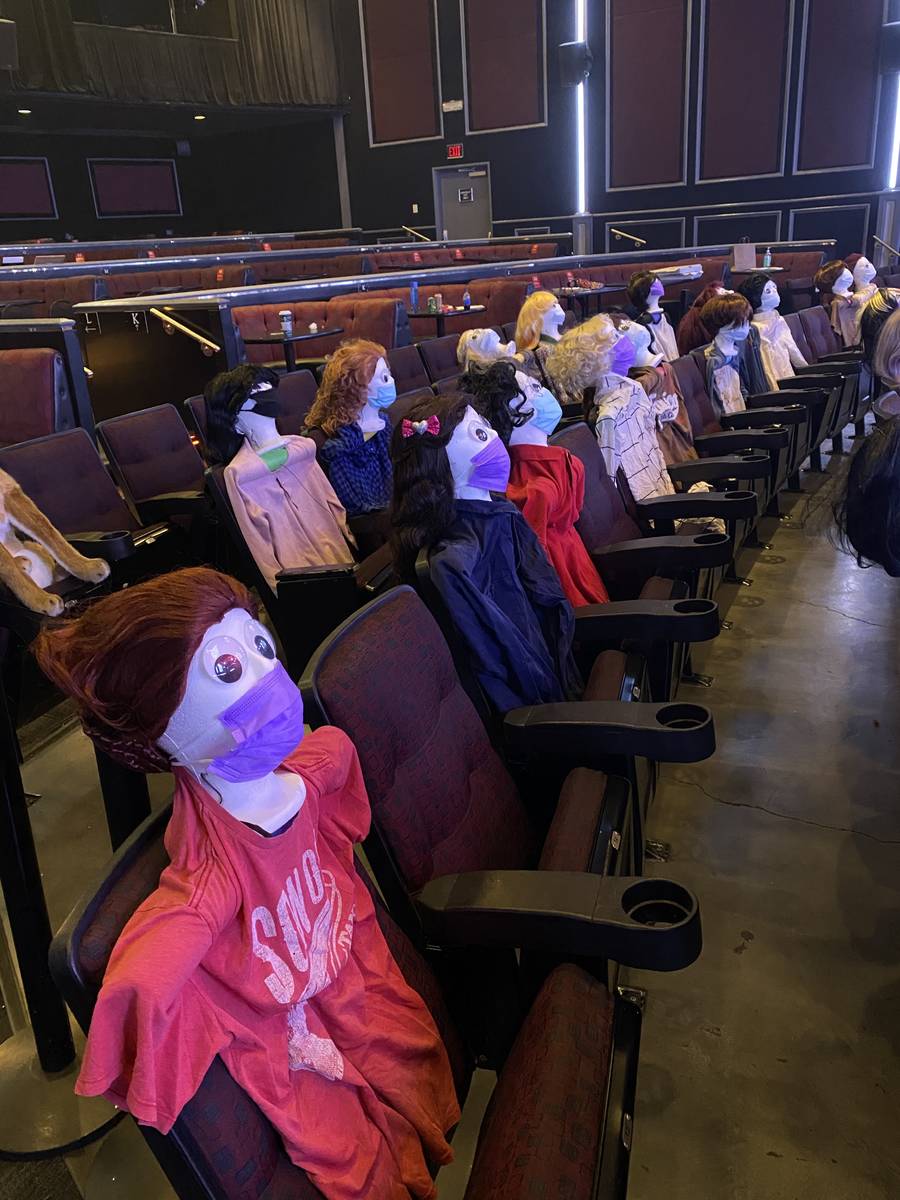 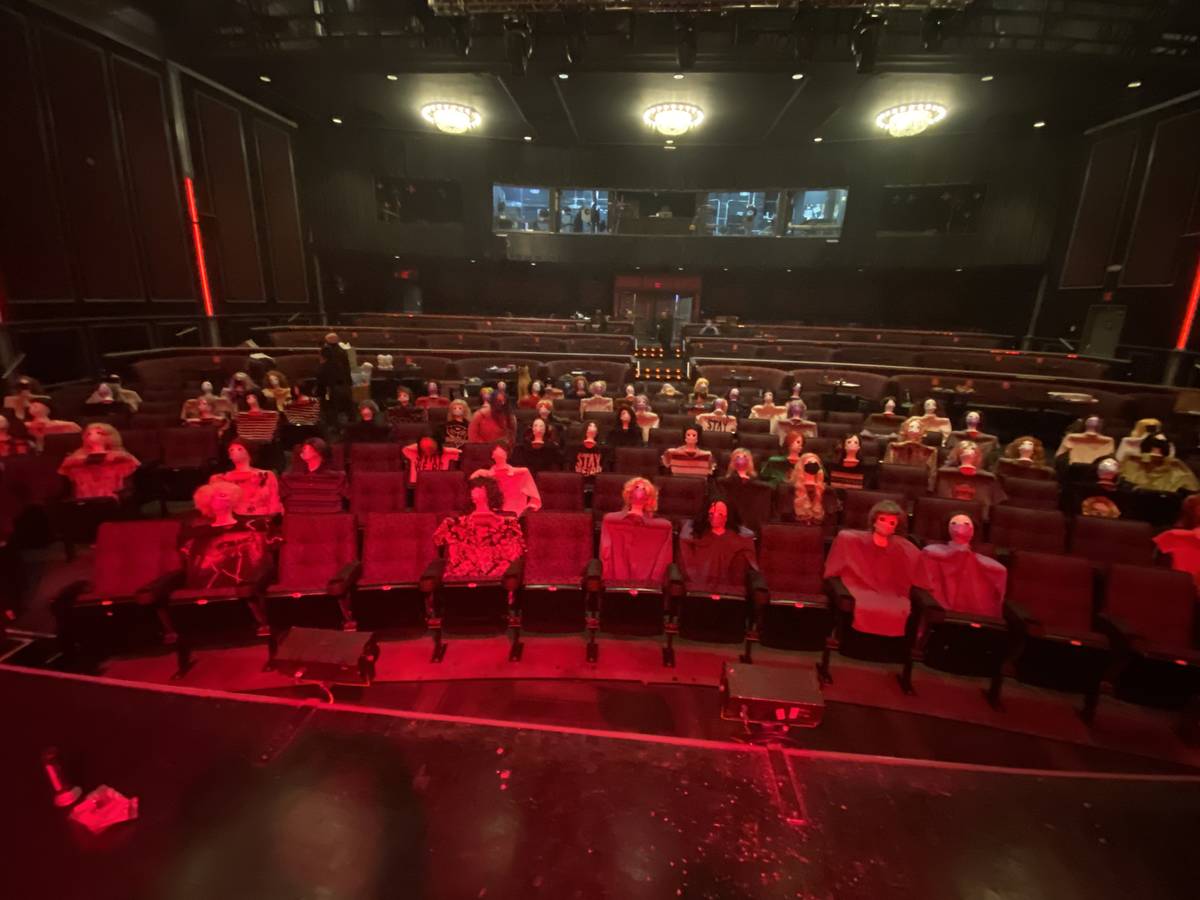 The Moat is being eliminated.

The 25-foot distance between spectators and entertainers in Las Vegas ticketed shows is part of our pandemic past. Gov. Steve Sisolak has signed off on a new provision that erases the distance requirement that has undercut several Vegas stage shows and headliners.

From the state’s news release announcing the decision:

The changes are effective immediately. The updates are listed in Nevada Health Response issued guidance. The minimum distance requirements apply to all live entertainment and performances at all sizes of public gatherings and events throughout the state.

The chief complaint about The Moat has been its inconsistencies. Entertainment professionals did not understand how the 25-foot distance was necessary in ticketed shows, yet not required for live “ambient” entertainment in such hybrid dinner/entertainment clubs as Mayfair Supper Club at Bellagio, Rose. Rabbit. Lie. at The Cosmopolitan, and The Vegas Room at Commercial Center.

“The governor will be carried through the streets on the shoulders of Spiegelworld acrobats,” Spiegelworld founder Ross Mollison said Friday afternoon. “I am overjoyed.”

His was a sentiment shared by entertainment professionals across the city.

“This is fantastic, this is what we have been waiting for,” SPI Entertainment CEO Adam Steck said Friday afternoon. “It’s another step in getting Vegas back to Vegas.”

Steck said he didn’t understand the health-safety reasoning behind The Moat.

“Nobody explained it to us, there didn’t seem to be any science behind it, when you could be in a supper club, or on a plane with rows full of people, but couldn’t sit in one of our showrooms to be entertained,” the producer said. “It limited the capacity, it made it challenging for us to put people to work and monetize our show. We followed the rules because it’s what the governor and Gaming Control Board wanted. But we were wondering why it was in place.”

“That 25-foot moat is gigantic for us. It separates our cast from the audience,” said “Fantasy” producer Anita Mann, who expects that her show will remain in Luxor Theater along with Carrot Top’s headlining production until restrictions are further lifted. “This is such shocking, exciting news.”

Sisolak is acting on advice from the state’s epidemiologist and public-health experts. The Las Vegas Covid-19 Events Committee and the Las Vegas Entertainment Creators Council have pushed for these changes. So have Clark County Commissioner Marilyn Kirkpatrick, and Nevada Resorts Association President Virginia Valentine.

Simply, the adjusted distance requirements allow many smaller-venue shows on and off the Las Vegas Strip to return to the stage, or move from vast facilities back into their original facilities.

Mollison’s hit show “Absinthe” has performed with that 25-foot distance at its Spiegeltent at Caesars Palace ever since that provision was added to the state’s pandemic directives back in October. Under the rules, ticketed shows have been allowed to reopen for crowds of up to 250, then back to 50 during the statewide “pause,” and currently 100 audience members, but those crowds have been required to sit 25 feet from the stage.

The 25-foot space, coupled with required social-distancing measures, often cut capacities to the point where shows could not turn a profit.

Among the shows and headliners who could not return largely because of The Moat’s restrictions are Spiegelworld’s “Atomic Saloon Show” at The Venetian’s Grand Canal Shoppes and “Opium” at The Cosmopolitan of Las Vegas; all of David Saxe Production’s shows at Miracle Mile Shops at Planet Hollywood; the Righteous Brothers and Bronx Wanderers at Harrah’s Showroom; “Menopause The Musical” at Harrah’s Cabaret; and the headlining shows at Cleopatra’s Barge at Caesars Palace, including Wayne Newton and Dionne Warwick.

Saxe said Friday afternoon that he can now reopen such small-scale shows as Gerry McCambridge’s “The Mentalist,” the Elvis tribute “All Shook Up” and the Las Vegas Live comedy club in his V2 Theater on April 2.

“This is great,” Saxe said Friday afternoon. “We were looking at about 40 seats in our bigger theaters, and none in our V2 theater, so we can get more now. I’m happy. It’s a step in the right direction.”

A host of shows had announced they were already planning to return after public-gathering limits move to 250 people on 0r after March 15. David Copperfield at his theater at MGM Grand, Terry Fator at the former Zumanity Theater at New York-New York, “Australian Bee Gees” at Thunderland at Excalibur, and “MJ Live” at The Strat are among the shows ramping up this month.

And, many productions have adjusted to The Moat, showing a uniquely Las Vegas ingenuity. The comic mime Tape Face, forced to move from his House of Tape at Caesars Palace into Harrah’s Showroom, has filled The Moat with 100 mannequins. MGM Resorts International has relocated Carrot Top and and “Fantasy” to Luxor Theater, as the distance at Atrium Showroom was untenable. Brad Garrett’s Comedy Club moved to the larger Studio A & B Ballroom space at MGM Grand Garden Arena.

George Kliavkoff, President of Entertainment and Sports for MGM Resorts International, said in a statement Friday, “Today’s announcement is a great additional step in getting guests back to the shows they love, safely and profitably. We will continue to evaluate our entertainment programming with the goal of reopening more shows in the near future.”

The MGM Grand production Jabbawockeez had, for a time, performed at the Garden Arena. Attempting to install The Moat on their casino-level theater would have pushed some of the seats outside the venue. “X Country” at Harrah’s Cabaret and “X Burlesque” at Flamingo have performed to limited audiences their original venues.

Producers Matt and Angela Stabile said Friday they could increase capacity for all of their shows while reducing the distance, and are also bringing “X Rocks” back to a new venue at Bally’s in May.

Those performers have all been masked, a look we have become accustomed to in VegasVille. Mollison’s message is shared by the community: “After being unemployed for 12 months, we can work towards opening all our shows.”

The Review-Journal is owned by the family of Sheldon Adelson, the late CEO and chairman of Las Vegas Sands Corp. 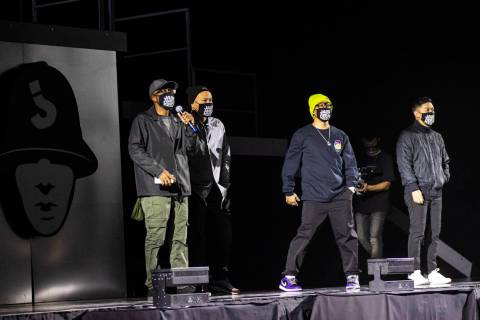 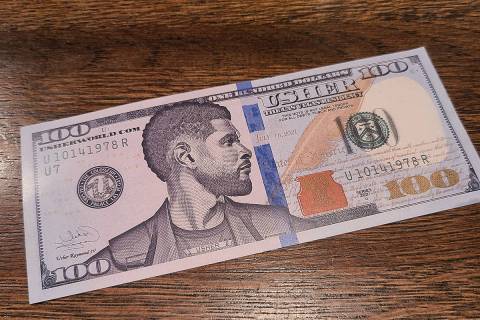 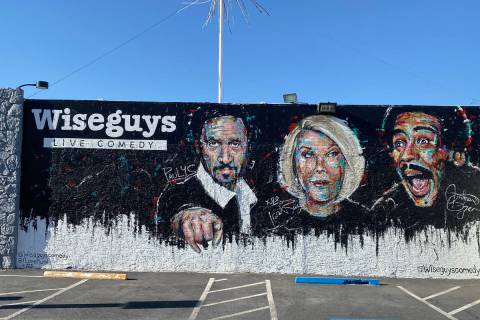 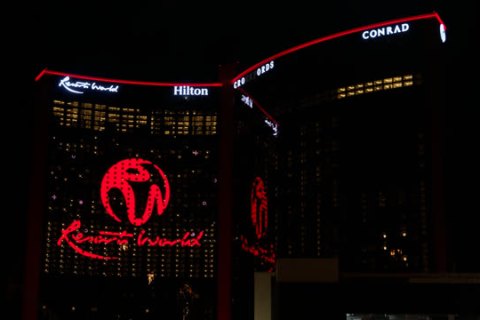 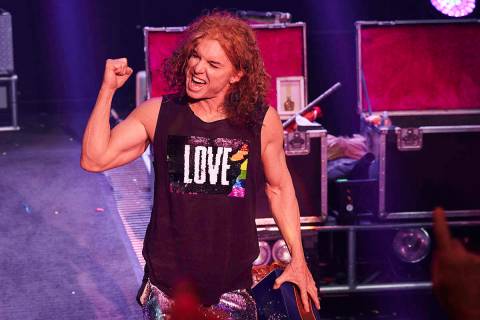 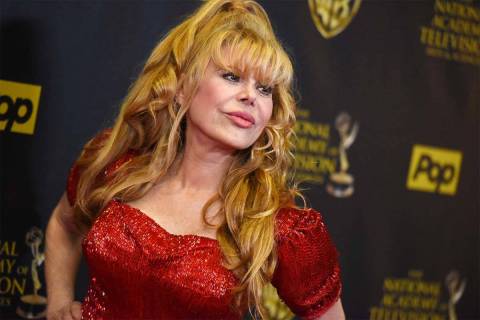 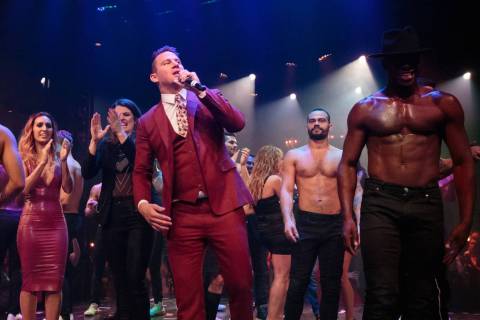 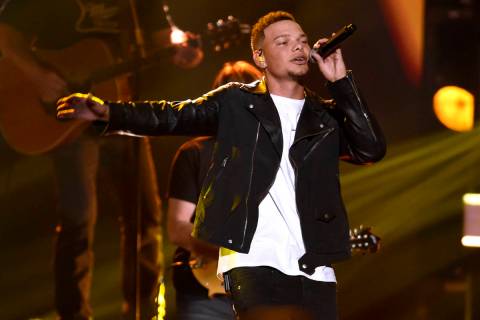 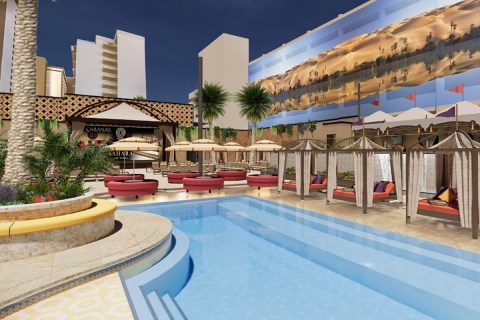 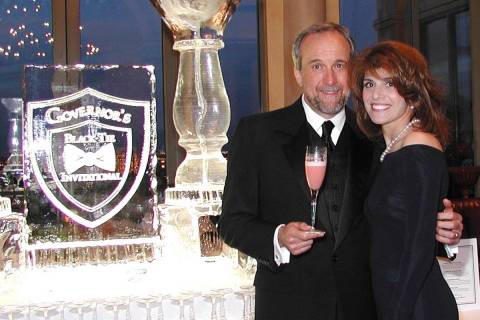