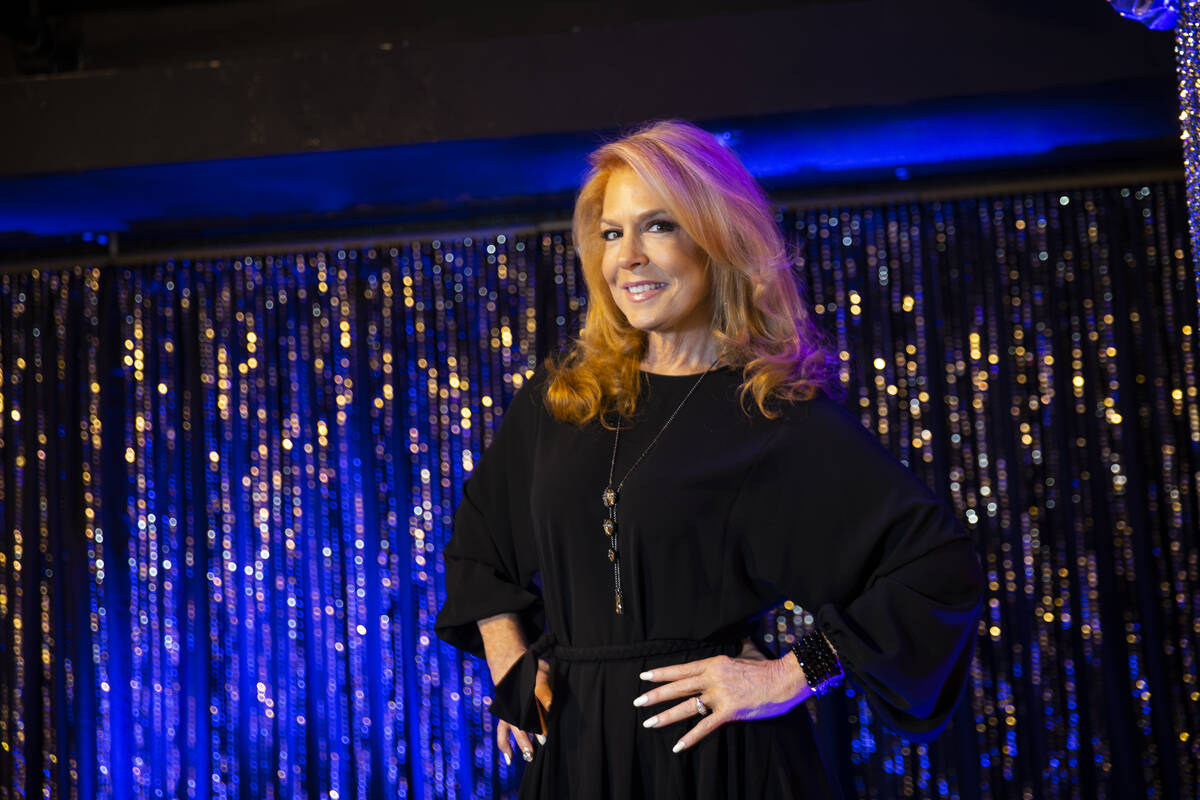 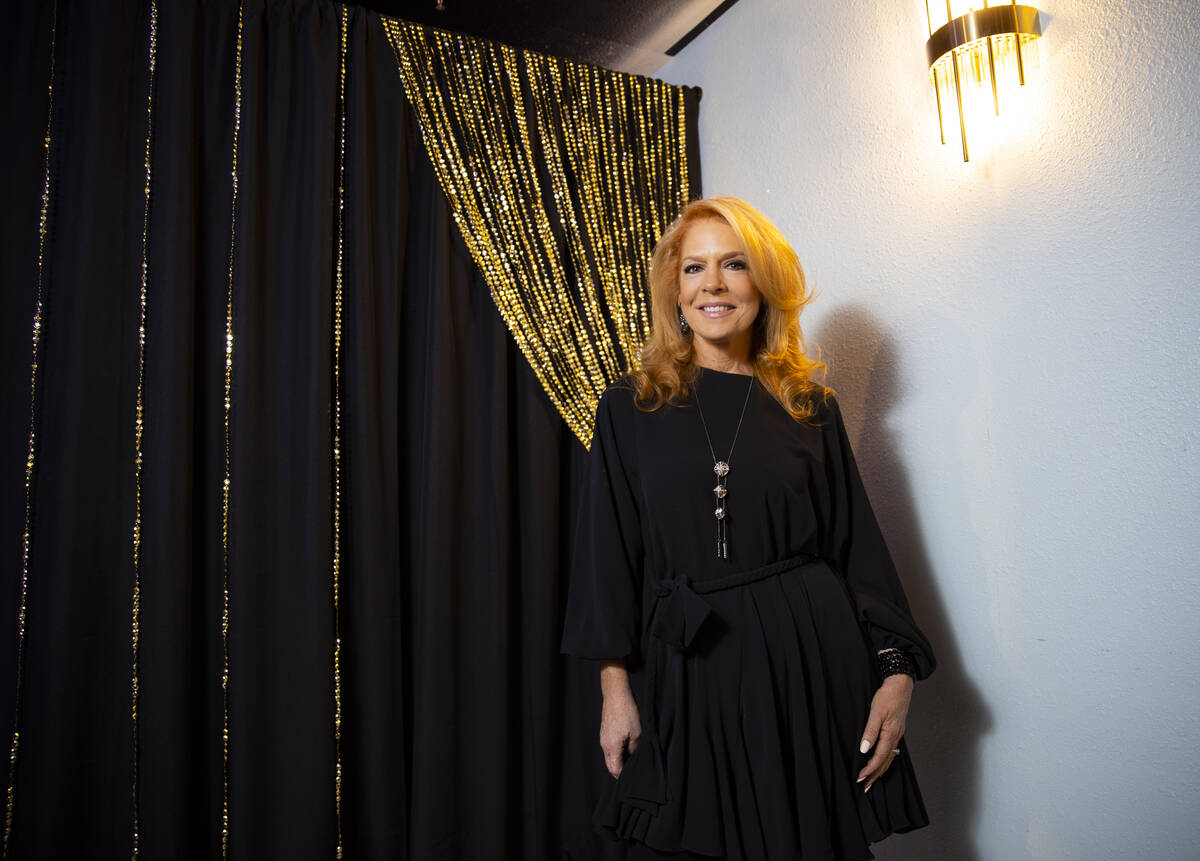 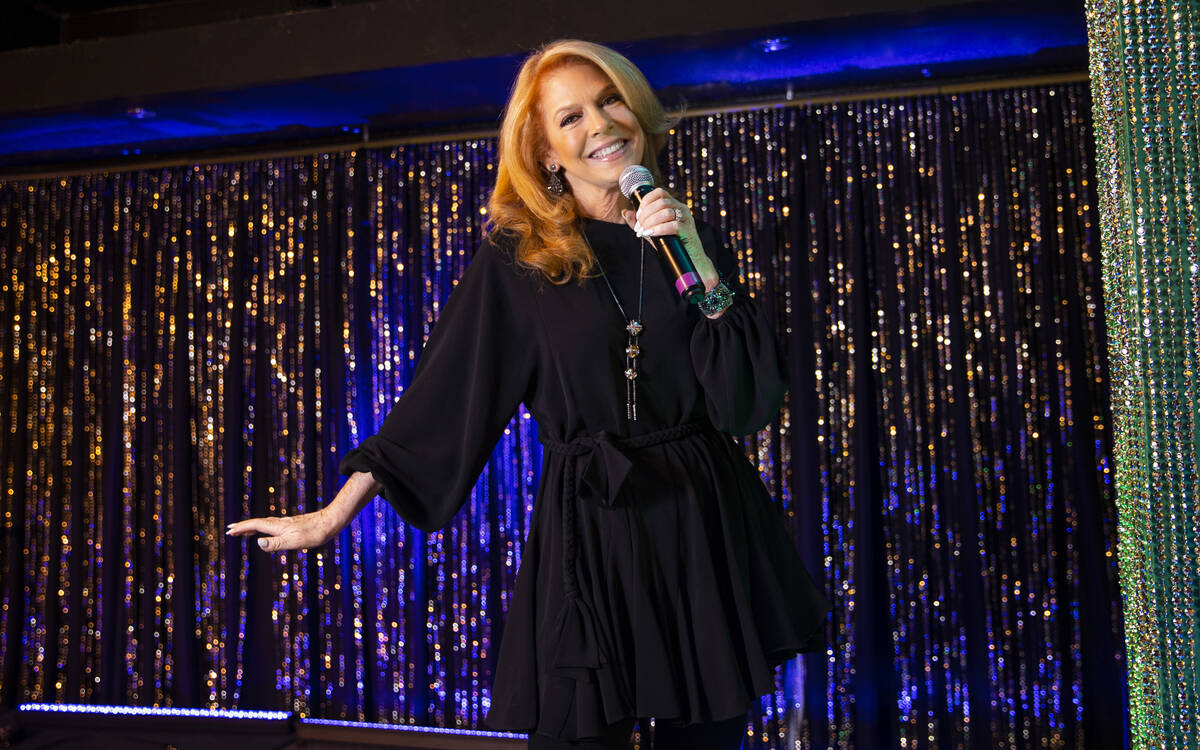 That isn’t a typo. It’s a character. Kelvis is among Kelly Clinton-Holmes’ alter egos, a mash of Kelly and Elvis, when Clinton-Holmes dons the jumpsuit and wig for a classically over-the-top, Vegas adaptation of The King.

Clinton-Holmes is resurrecting Kelvis, trumpet maestro Joe Joe “Spaghetti” Moretti, a bevy of impressions (including, we hope, Wayne Newton) and her entire cabaret act with “The Sit In” opening 7 p.m. Thursdays at The Nevada Room Showroom, 953 E. Sahara Ave.

Kelly’s husband, Clint Holmes, is not billed to perform. But he’ll be in the room, and so will a microphone.

Clinton-Holmes’ show is a mix of singing and comedy. An example is the Moretti character, with an oversized nose, moustache and fedora who clutches a trumpet but never gets around to playing it.

“It’s like ‘The Carol Burnett Show,’ or ‘Sonny & Cher,’ or even ‘The Dean Martin Show,’ the classic variety shows,” Clinton-Holmes said. “Carol Burnett is my inspiration. These are shows I grew up on.”

There is no cover charge (seriously) for “The Sit In,” but a full menu is available and reservations are strongly encouraged. Club officials are thrilled to have Clinton-Holmes join the regular lineup. “This gives us another stamp of quality,” said Nevada Room President Tom Michel, whose has presented more than 90 entertainers since the venue opened in May.

The Showroom is the just-opened club connected to Nevada Room’s Piano Bar Bistro at the supper club in the Commercial Center on East Sahara Avenue. Clinton-Holmes has fallen for this classically appointed venue as the place to restart her Las Vegas residency career.

A former backing singer for Newton and cast member in “Nunsense” at Shimmer Cabaret (now Westgate Cabaret), Clinton-Holmes is best known for hosting her Monday open-mic night for 19 years at Bootlegger Bistro. Over the past four years, she has also headlined Tuscany’s Piazza Lounge on Wednesdays. Both gigs were teeming with Vegas singers and musicians.

Clinton-Holmes was unable to return to Wednesdays at Piazza because of her own lengthy battle with the virus. A “long-hauler” among COVID sufferers, Clinton-Holmes spent nine months either isolated or recovering. She rarely performed anywhere until until a July date at Starbright Theatre in Sun City Summerlin.

Then the singer and comic actress toured the new Nevada Room Showroom.

“It was a game changer,” Clinton-Holmes said of the 115-seat theater. “I started seeing so clearly what was important to me. I had all of these ideas, I saw this opportunity, not just for myself but for other entertainers I want to showcase.”

A song that is actually a Clint Holmes composition, “If Not Now, When?” played in Clinton-Holmes’ head as she mapped a plan for “The Sit In.” Holmes wrote that song about 15 years ago after a battle with prostate cancer.

“I was thinking of Clint’s song, those lyrics, and they applied to me, now,” Clinton-Holmes said. “There is no other time than now.”

The event was originally scheduled to be held at Luxor’s Lotus Hall. Instead, it was moved to the SIR studios facilities at 4545 Cameron St. Cooper said midday Saturday that he’d been told he still owed $25,000 in union costs to secure rental at Luxor. This was on Aug. 27. Cooper had three days to raise the money or surrender the room.

Cooper, whose first name coincidentally matched his next venue, then contacted the folks at SIR, and the show was moved accordingly. Shuttles drove ticket-holders (just about 100 tickets were sold to the event) from Luxor to the SIR location.

“We were not going to let this stop the show,” Cooper said Saturday. “I put everything I had into this. We were going to pull it off.” And they did, with the awards recipients all accepting remotely, as originally planned.

“It was awesome. Jay Leno and Mo’Nique also Zoomed in,” said Wallace, a man who knows to keep his sense of humor.

The aforementioned King also had a “show must go on” moment this weekend. He was bitten on the right hand by a scorpion about two hours before his 1 p.m. show Saturday. King was cleaning his backyard and put his hand atop a scorpion hidden under an outdoor rug. He was stung on his right ring finger.

“It was pretty weird doing sleight of hand with no feeling in three fingers and half my palm,” King said. But he did perform the show anyway. He also got through both Sunday shows “without any major screw-ups.”

King is the second Strip headliner within the month to suffer a scorpion bite. Carrot Top was actually knocked out of his Aug. 14 show after stepping on a scorpion in a shoe at his Vegas home. He was unable to walk for a day, returning to his next show three nights later.