Victory Burger & Wings Co., which will overlook the sportsbook when Circa opens Oct. 28, has announced its menu. It will be operated by the third-generation owners of Detroit-based American Coney Island, which has a location at the D Las Vegas. The menu includes the Victory Burger, with secret Victory Sauce, cheddar cheese and bacon; Victory Loco Burger, with pickled jalapenos, poblano pepper, onion, creamy blanco cheese sauce and avocado; and Fondue Burger, with creamy blanco cheese sauce over fire-roasted red peppers, artichokes and tomatoes; plus wings, appetizers, sides, salads and milkshakes.

Mott 32 at The Venetian is taking its annual Six Hands Tasting Menu virtual this year. The six-course dinner features four courses from the company’s chefs in Hong Kong and one each from Las Vegas and Singapore. It’s available Saturday through Monday and is $98. mott32.com/lasvegas or 702-607-3232.

Chefs Kaoru Azeuchi of Kaiseki Yuzu and Yuri Szarzewski of Partage will collaborate on a seven-course dinner Oct. 28 at Partage, 3839 Spring Mountain Road. It’s $20, with courses such as frog legs breaded with lemon and serrano paste, and miso-marinated squab breast stuffed with foie gras with squab leg confit and French mashed potatoes. Wine and sake pairings are available. There will be two seatings, beginning at 5:30 p.m. Reserve at partage.vegas.

— Fergusons Downtown will have a Pour in the Alley event at 7 p.m. Wednesday celebrating National Mezcal Day. The Illegal Mezcal with Tacos & Beer virtual tasting package is $100 and is available at fergusonsdowntown.com through 2 p.m. Monday.

— Morton’s the Steakhouse, 400 E. Flamingo Road, will be part of the company-wide A Taste of Two Legends Daou Family Estates winemaker dinner at 6:30 p.m. Oct. 24. With an entree of a Snake River Farms filet mignon with twice-baked garlic duck fat potatoes, the four-course dinner is $175 inclusive. mortons.com

— The next headliner in the Dining With Guest Chef series at DW Bistro at The Gramercy will be Lanny Chin. His Fast Food Mash-Up pop-up dinner from 6 to 10 p.m. Oct. 24 will be $65. dwbistro.com

— MTO Cafe Downtown at 500 S. Main St. has introduced an antidote to 2020: the Megamosa, which contains two bottles of Champagne, fresh orange juice, raspberry puree and fresh fruit (and several straws), $60. It’s available during brunch from 8 a.m. to 2 p.m. daily.

— The Goodwich, 900 Las Vegas Blvd. South at The Lofts, has reopened, serving favorite “stacked-rite sandwiches” such as the Cuban-esque and the GW Patty Melt. thegoodwich.com

— Searsucker at Caesars Palace has reopened, reviving its happy hour (5 to 7 p.m. Thursdays and Fridays and 3 to 6 p.m. weekends) with Las Vegas Raiders specials such as a $20 bucket of beer, craft cocktails starting at $6 and wings for 25 cents each. The specials also are available during all Raiders games.

— Via Brasil Steakhouse, 1225 S. Fort Apache Road, will celebrate its 12th anniversary from Monday through Thursday with $12 off a rodizio dinner for up to four people. viabrasilsteakhouse.com 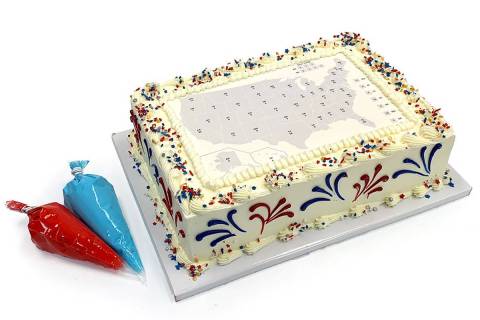 Freed’s Bakery has created the Electoral College Map dessert, complete with red and blue frosting for filling in the states. 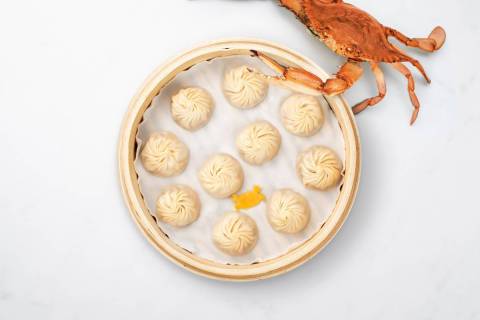 Din Tai Fung restaurant at Aria specializes in xia long bao. Here’s a video to help you eat them without burning your mouth. 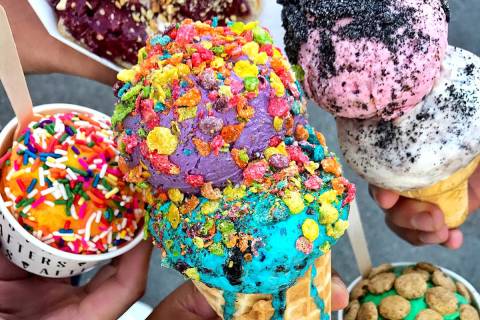 Southern California-based Afters Ice Cream will be scooping up its signature treats and stuffing its Milky Buns when Virgin Hotels Las Vegas opens in January. 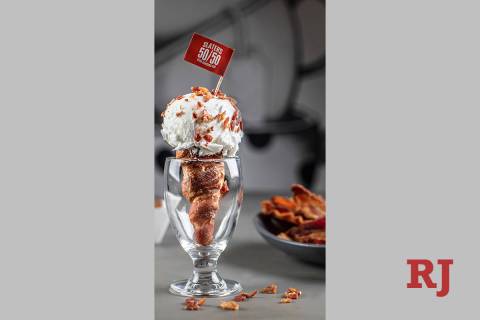 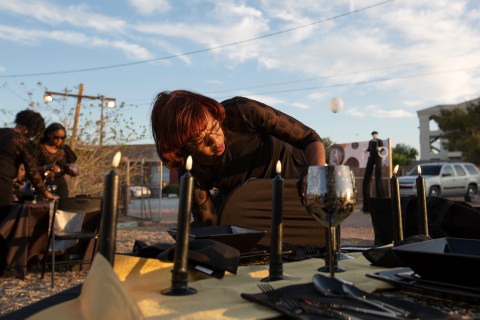 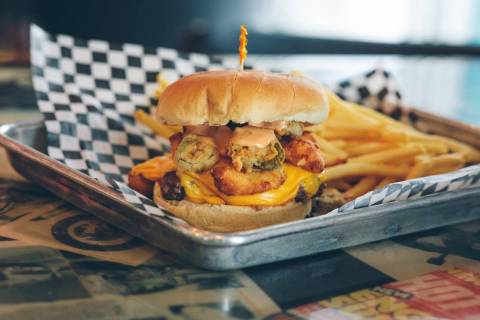 Going out to catch a Raiders game? Restaurants, bars have you covered with special menus, snacks and craft cocktails. 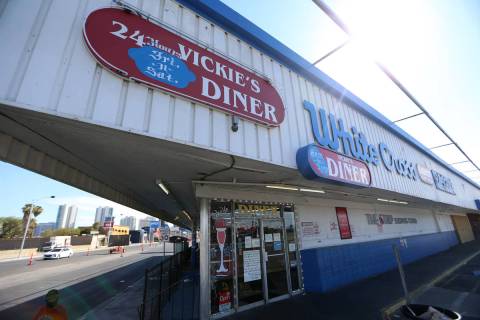 Vickie’s to reopen in a few months, while Bazaar Meat offers takeout, Oh La La marks its anniversary and Freedom 2 Brunch is back in Las Vegas. 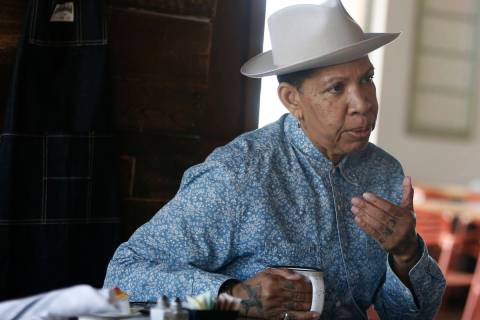 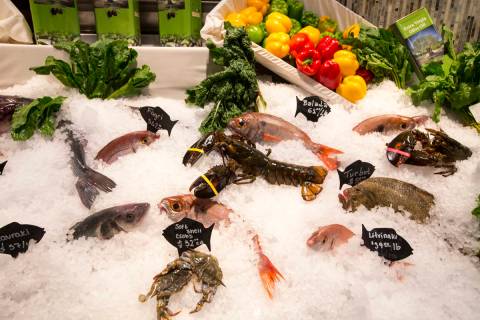 The Greek seafood restaurant is preparing for its move by early next year to The Venetian. 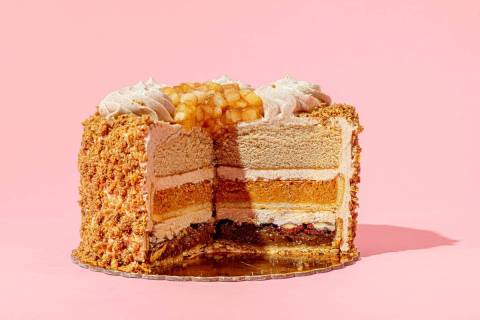 Here’s something that seems tailor-made for fall. Autumn is prime dessert season. And … well … this dessert is a little Frankenstein-like, so there’s the Halloween element.