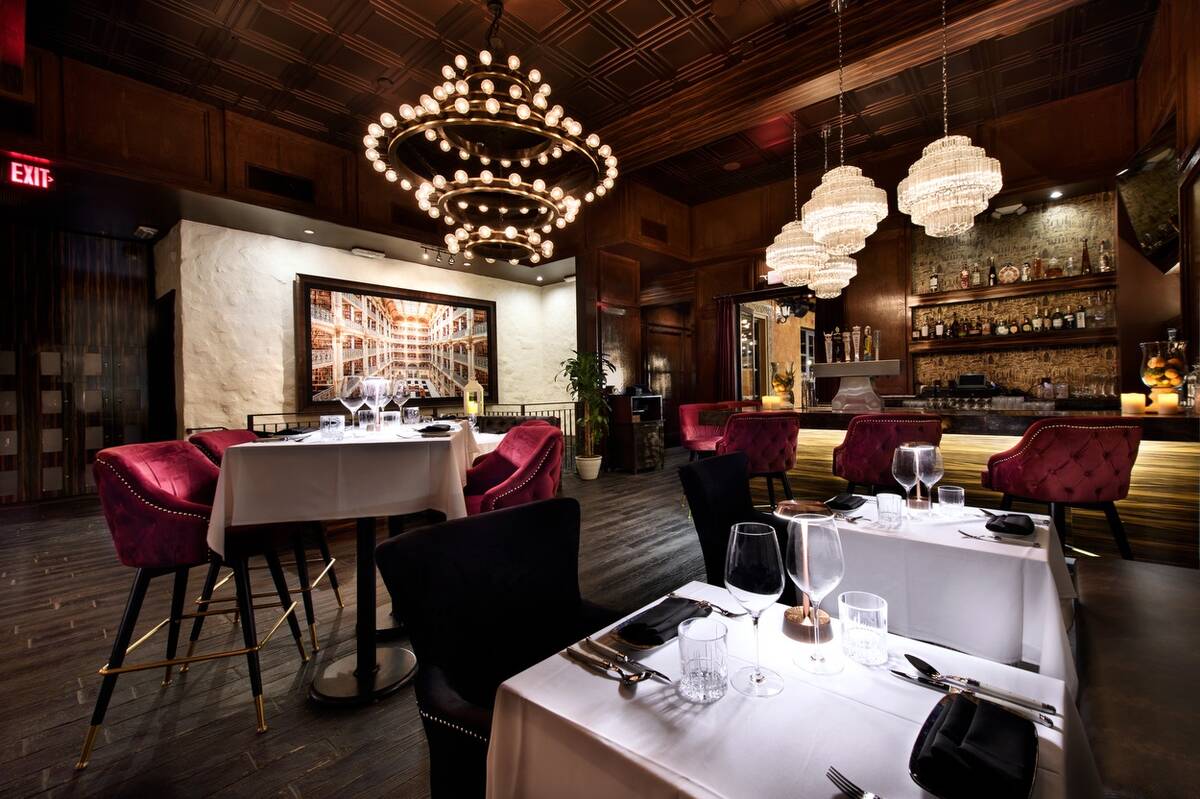 The Chancellor restaurant in Tivoli Village, formerly Exclusivo, features a wide-ranging menu and a moody dining room with soaring ceilings (The Chancellor) 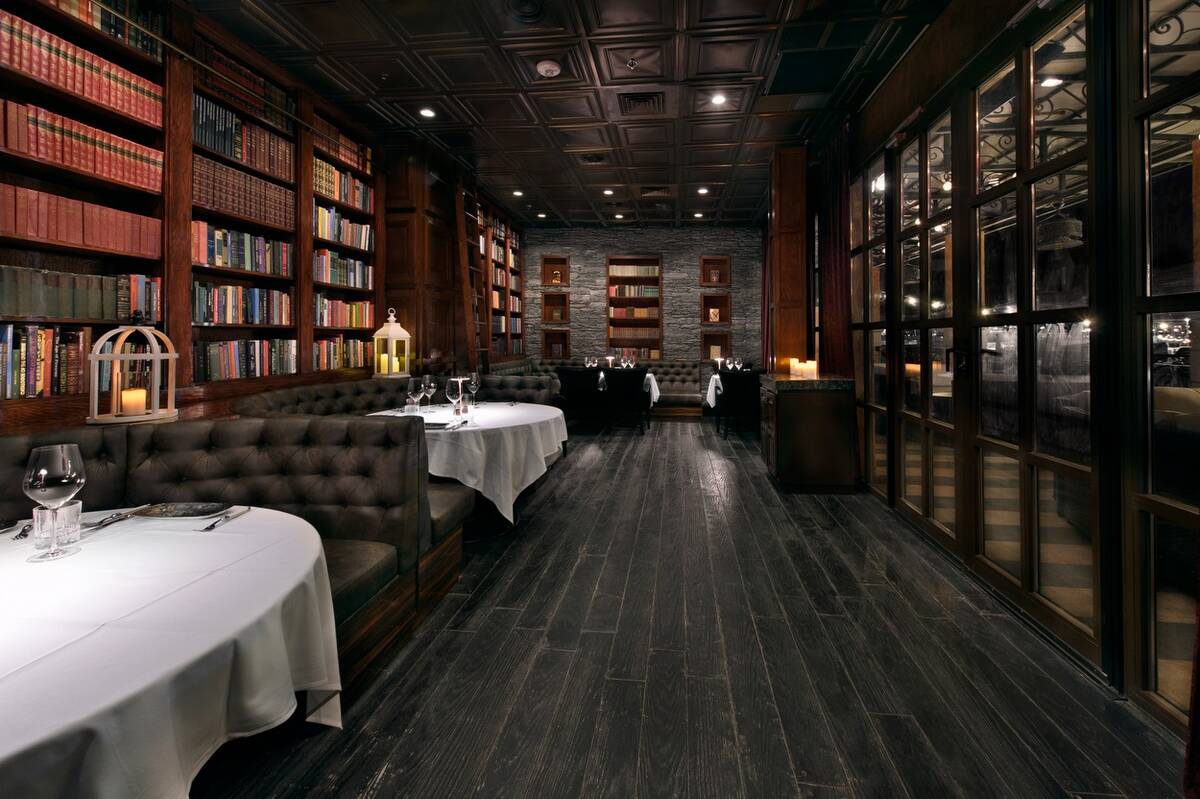 The speakeasy endures as inspiration in the bar and restaurant trade, reliably offering a frisson (now across a century) of Prohibition-era mischief and inside access. Customers never tire of secret rooms and sliding panels and things that hide in plain sight.

And so when The Chancellor, the former Exclusivo, launched this month, it retained the speakeasy-inspired premises. Press a button: A wall moves to reveal the stairs to the second-floor restaurant. A panel opens into all-gender restrooms that include images of Lindsay Lohan licking a revolver. A decorative bookcase conceals The Library, a hidden smaller dining room with a terrace.

The Chancellor, 440 S. Rampart Blvd., shares ownership and a courtyard with El Dorado Cantina, next door in Tivoli Village. And the space downstairs from The Chancellor is used for extra seating by the Cantina. But The Chancellor is very deliberately its own restaurant, said Ryan Klaasen, chief operating officer of both places.

“It’s a separate menu here, separate staff, separate cocktail program. We wanted to differentiate and create a different experience for the guests.”

That experience needed to be distinct not just from El Dorado Cantina, but also (despite keeping the speakeasy space) from Exclusivo, which specialized in progressive Mexican cooking. As the owners decided to expand the menu beyond food-forward Mexican, a new name seemed a better fit, Klaasen said, for the reimagined restaurant.

That name surely has one of the most unusual backstories in Las Vegas food and drink. The owners of the restaurant, Klaasen said, have been involved in Bitcoin mining. “The Chancellor” is taken from a January 2009 Times of London headline famously embedded in the original Bitcoin block.

The headline indicates the Chancellor of the Exchequer is about to OK more money for banks during the global financial crisis. Many believe the inclusion of the headline jabs at the traditional banking system Bitcoin was designed to disrupt.

A stint with a Michelin-starred chef

A Nevada salad, a reworking of a classic Cobb, is sharpened by jalapeño vinaigrette. Bluefin tuna consorts with sriracha dressing atop crisp sushi rice. For a hamachi tostada, the fish is cold-smoked in cherrywood beneath a glass cloche. When the dome is lifted, the smoke rises — and tempts.

“The room is small and everyone can smell it and they ask what it is,” said John Miranda, corporate chef for the company that owns The Chancellor and El Dorado Cantina. (Miranda’s bona fides include a stint as chef de cuisine at Twist by Pierre Gagnaire, the three-star Michelin chef whose Twist closed on the Strip during the pandemic.)

Among the hot bites, there is karaage chicken rendered as a taco, a lobster empanada topped with duxelles (a distant cousin, perhaps, of beef Wellington), and a chipotle pork tamal fashioned from masa that harnesses heirloom Mexican corn. The corn is nixtamalized locally in an alkali-cooking process that makes it easier to grind and more nutritious.

The current menu offers five shareable large plates, including whole branzino roasted in banana leaf and a brawny 32-ounce tomahawk rib-eye. From salads to bites to plates, “the concept is to eat multiple things and try as much as you can,” Miranda said.

The Chancellor seats about 36; a dozen of those seats are found in The Library, just a push of the bookcase beyond the main dining room. Inside, real books fill the shelves, including 10 volumes of “The World’s Famous Orations.” Should you need a side of Pericles with your 2-pound Atlantic lobster, here it is.

The paneling of The Library continues in the restaurant proper, which also features stretches of plastered wall, an image of the Library of Congress, ceilings that rise 15 feet and, across the back bar, wallpaper that resembles sketches of classical architectural elements.

The Chancellor isn’t dark, but its rich wood and upholstery and striking chandeliers make it feel clubby (which is to say, feel speakeasy). The dining room overlooks the main drag of Tivoli Village, offering a moody contrast to its breezy cheery faux-Mediterranean feel.

In Vegas, a town that celebrates the inside line, a speakeasy feels right. 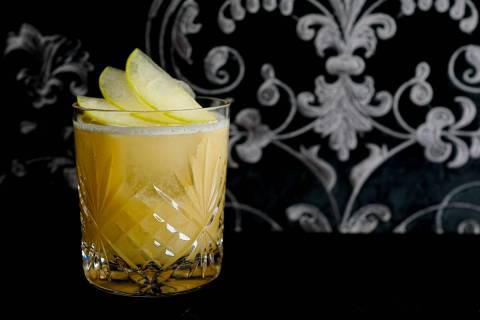 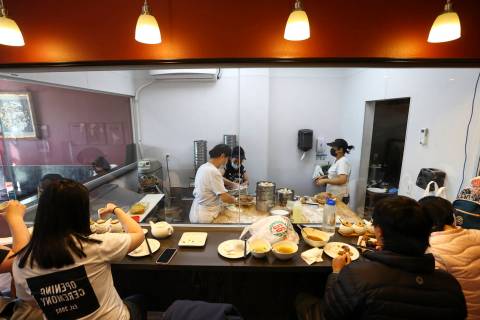 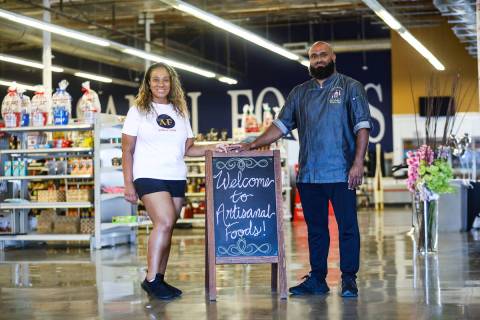 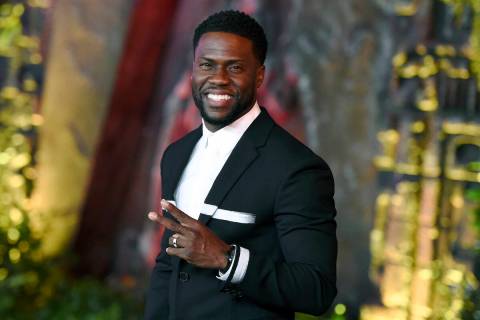 Kevin Hart, UFC 276 and Morrissey top this week’s list of things to do in Las Vegas. 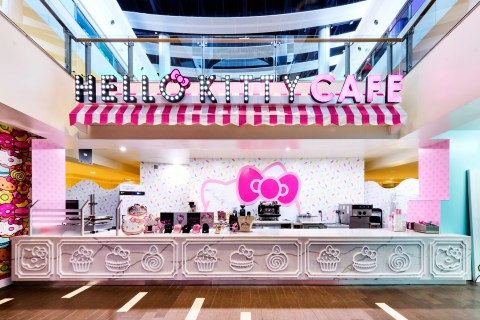 The wildly successful cafe’s new location combines Las Vegas and one of the most well-known Japanese characters in the world, offering a sweet selection of treats and exclusive merch. 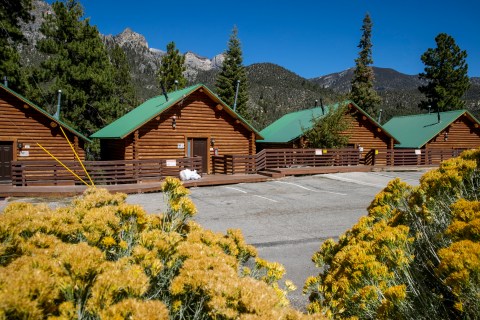 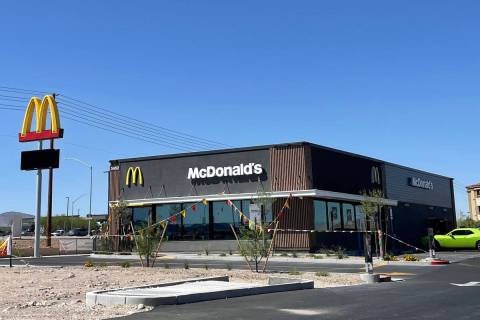 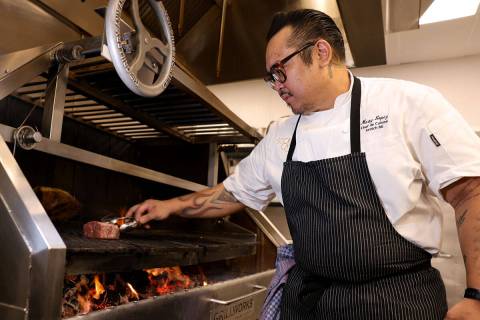 What’s new and what’s ahead in food and drink at Palms
By Johnathan L. Wright / RJ

Sixty days after the Palms reopened, what might easily strike a visitor about the food and drink here is its … potential. 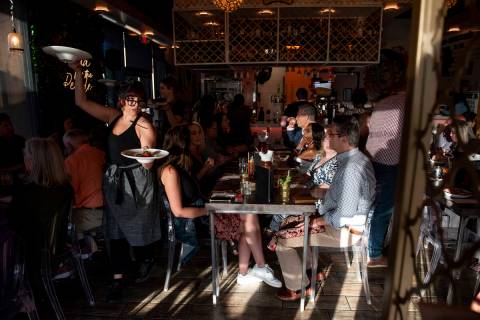 Tasting Collective, a dining club that hosts dinners at local restaurants for its members, serves as a counterpoint to Yelp.