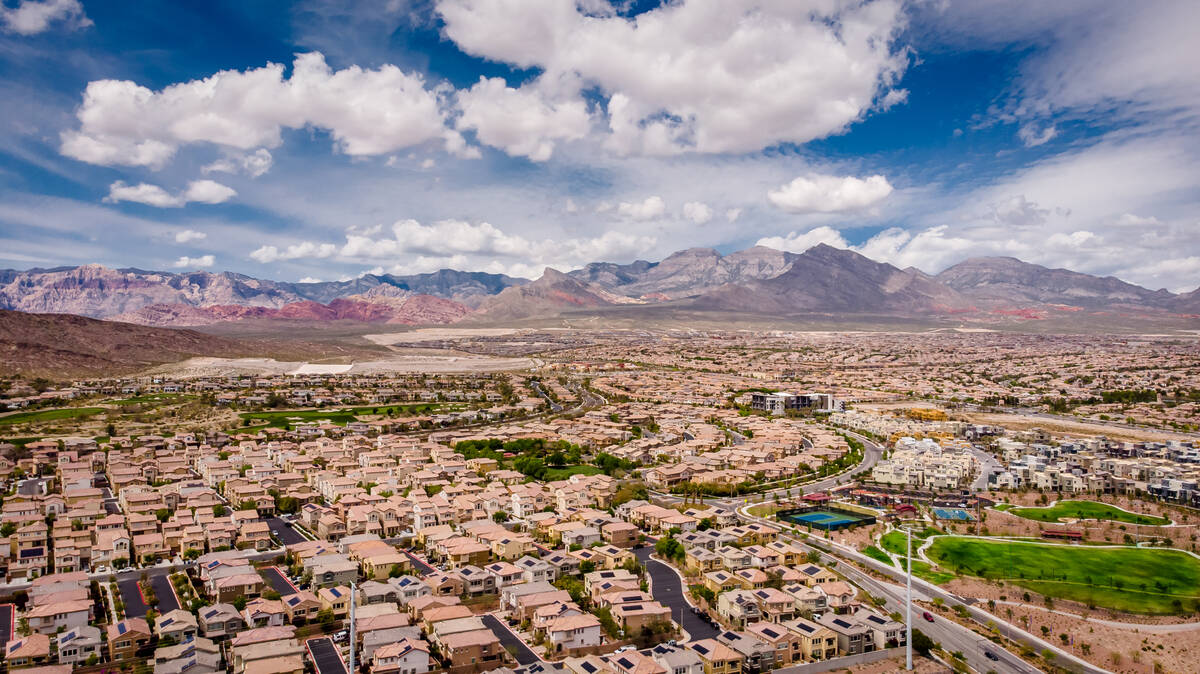 The year 2021 was another one for the record books for the master-planned community of Summerlin with a number of milestone developments. (Summerlin)

The year 2021 was another one for the record books for The Howard Hughes Corp. and its Summerlin master-planned community, with a number of milestone developments that include continuing evolution and growth of Downtown Summerlin as the community’s urban core and one of the valley’s most popular dining/retail/entertainment/sports destinations, record home sales via the nation’s top homebuilders, expansion into Summerlin West — the newest area under active development — and the addition of new major amenities throughout the community.

While national rankings for 2021 home sales are not yet finalized, Summerlin is expected to once again retain its position as one of the country’s best-selling master-planned communities. Its brisk home sales were marked by the opening of 10 new neighborhoods during the year, primarily located in the Summerlin West region west of the 215 Beltway on elevated topography overlooking the valley.

New neighborhoods include Acadia Ridge and Cordillera by Toll Brothers, Carmel Cliff by Pulte Homes, Castellana by Taylor Morrison, Heritage and Highline by Lennar, Obsidian by Woodside Homes, Moro Pointe by Richmond American Homes and Overlook and Kings Canyon by Tri Pointe. Homes in these neighborhoods range from 1,232 square feet to 4,573 square feet and priced from the $400,000s to more than $1 million.

During 2021, four villages sold out: The Paseos, The Ridges, Reverence and Summerlin Centre, while only a few neighborhoods with homes for sale remain in Stonebridge, The Cliffs, South Square and the district of Redpoint Square.

At Downtown Summerlin, construction on two major projects began during the year. They include 1700 Pavilion, a 10-story Class-A office building that is expected to be complete in third quarter 2022. Downtown Summerlin’s third Class-A office tower, 1700 Pavilion is already enjoying strong interest with executed leases from a number of companies, including recently announced Wynn Design and Development.

Tanager Echo, the next phase of the Tanager luxury apartments, also got underway in Downtown Summerlin during 2021 and is expected to be complete by early 2023. Desire for high-end urban-style living surrounded by the vibrancy of Downtown is driving demand for a greater volume of rental apartments in the community. Tanager Echo will add nearly 300 more residences to Downtown Summerlin that include a variety of on-site amenities in addition to immediate access to all the area offers.

According to Kevin T. Orrock, president of the Las Vegas Region for The Howard Hughes Corp., 2021 was a blockbuster year in terms of numbers.

“We saw record growth in the residential sector of the community with strong home sales, as well as robust visitation and sales at Downtown Summerlin for dining, retail and entertainment,” Orrock said. “The destination’s desirability, coupled with the popularity of Las Vegas Ballpark, one of two major sports venues in Downtown Summerlin that is owned by The Howard Hughes Corp., well positions the area for further investment and growth.”

Finally, The Howard Hughes Corp. is working with the respective Summerlin Master Associations and the Summerlin Council to support their ongoing effort to remove nonessential turf areas throughout the community consistent with valleywide water conservation initiatives.

In total, Summerlin offers more than 115 floor plans in 20-plus neighborhoods throughout eight distinct villages and districts. Homes, built by many of the nation’s top homebuilders, are available in a variety of styles — from single-family homes to town homes, priced from the high $300,000s to more than $1 million. For information on all actively selling neighborhoods, visit Summerlin.com. Before you visit, call the builders to check on hours of operation. Phone numbers for each neighborhood are at Summerlin.com. 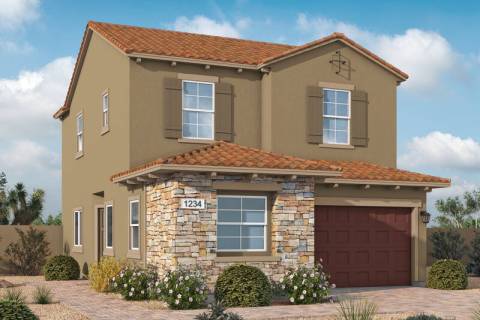 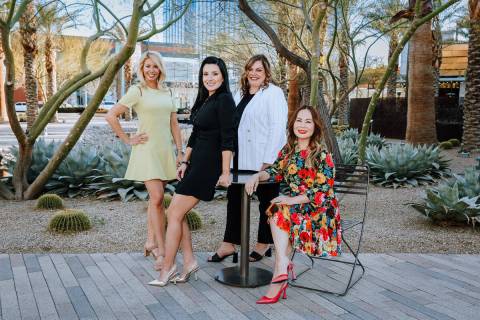 Women’s History Month may be over, but the master-planned community of Summerlin continues to celebrate the accomplishments of women in its community who embody the Summerlin spirit of living their best lives, taking advantage of all the opportunities for happiness and success that the community offers. 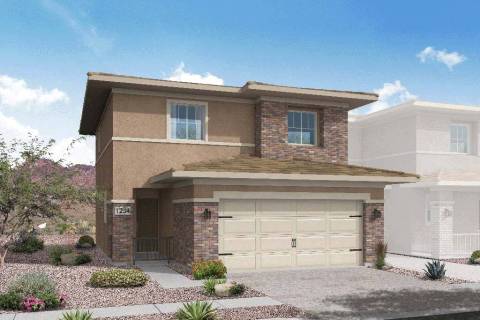 Harmony Homes has begun sales in its second neighborhood, Quail Park, inside Cadence. Starting in the mid-$300,000s, the Southern Nevada-based builder offers two-story attached homes that are functional, stylish and designed to match the buyer’s identity. 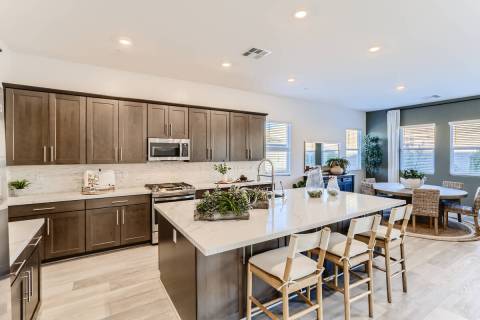 Lake Las Vegas’ newest neighborhood, Reverie by Lennar, has opened its model homes for preview. Reverie is one of several new-home neighborhoods coming to the award-winning Henderson master plan this year, with 105 single-story homes. 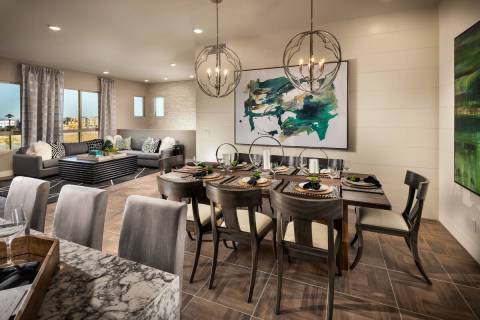 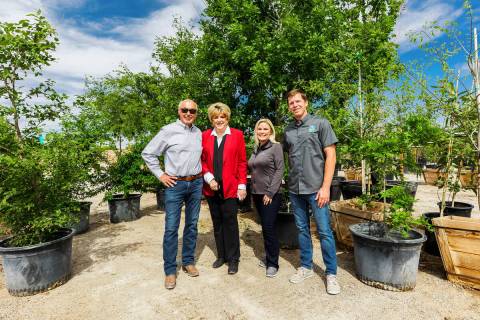 The Howard Hughes Corp. donated $25,000 to the city of Las Vegas’ tree initiative “Going Green for Good Health” to fund more than 60 mature, park-ready trees that will be planted this year. 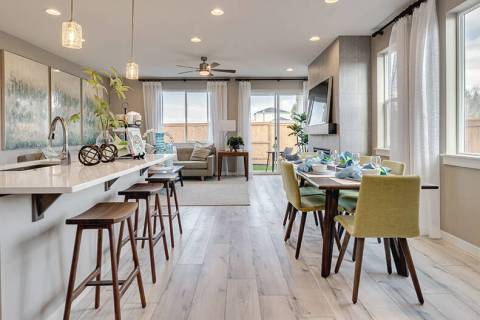 Richmond American Homes continues to expand its footprint at the Cadence community in Henderson by announcing its latest neighborhood offerings. The builder has two new neighborhoods in Cadence that are now beginning home sales, with a third on the way. 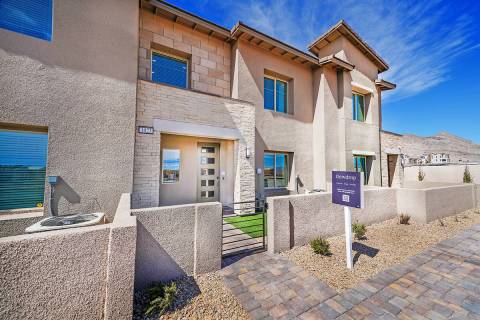 Highline consists of two collections of condominiums ranging from 1,448 square feet to 1,956 square feet and featuring a unique design with a private garage on the first floor and expansive single-story condo home on the second floor. 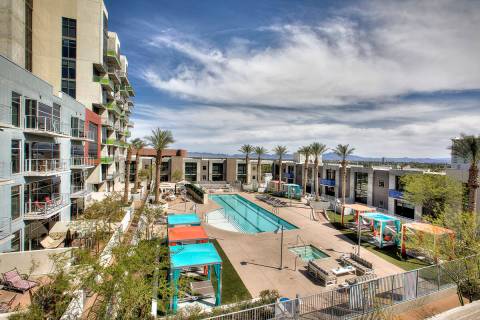 Juhl, the loft-style high-rise luxury condominium community that spans an entire city block in downtown Las Vegas, announces record sales of 27 condos valued in excess of $10.7 million and the closing of 26 homes valued at $9,540,400 in the first quarter of 2022, leaving fewer than 70 condo-homes remaining available for purchase. 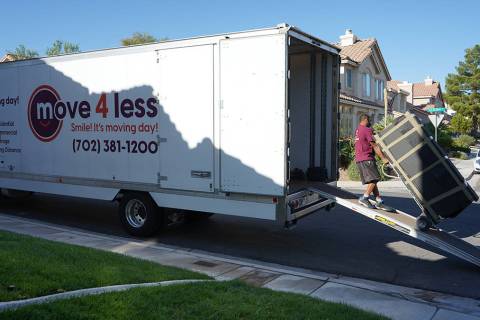