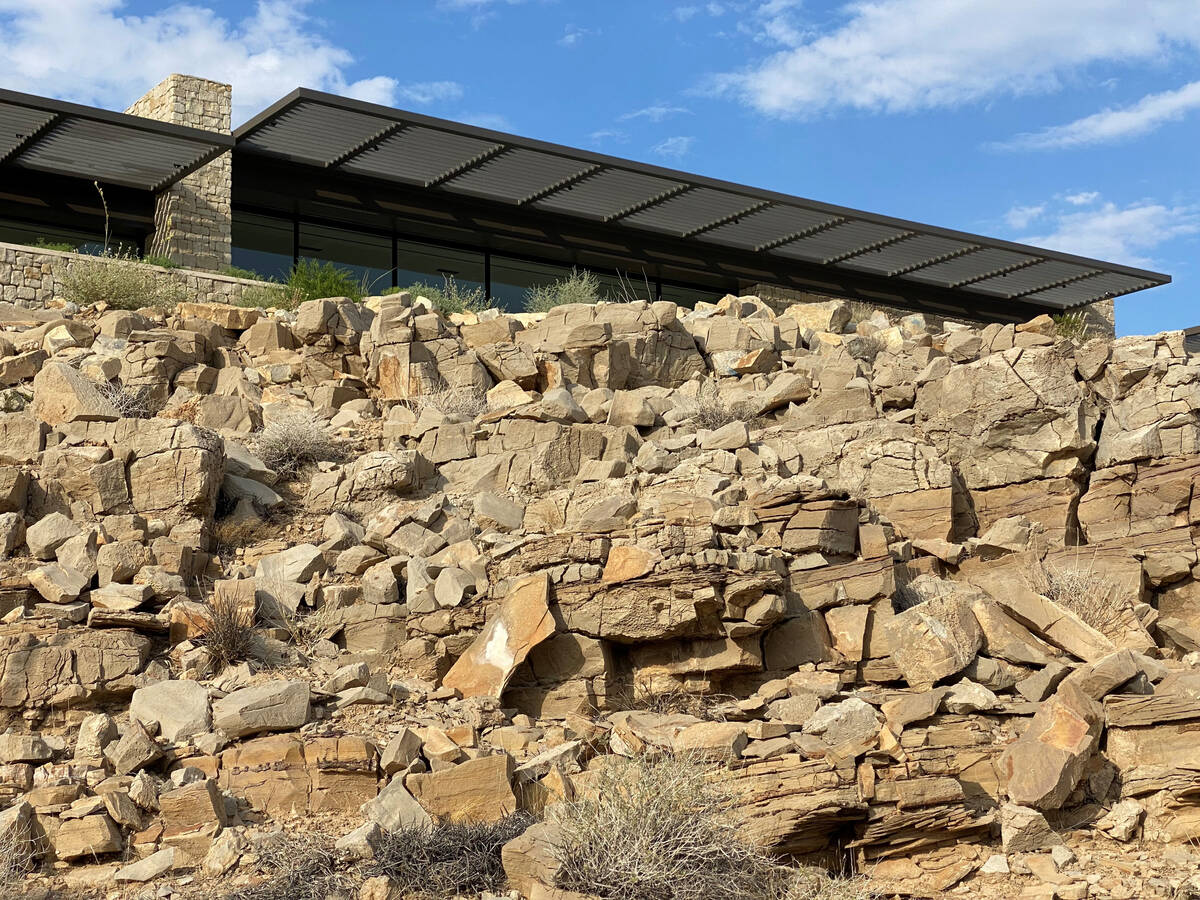 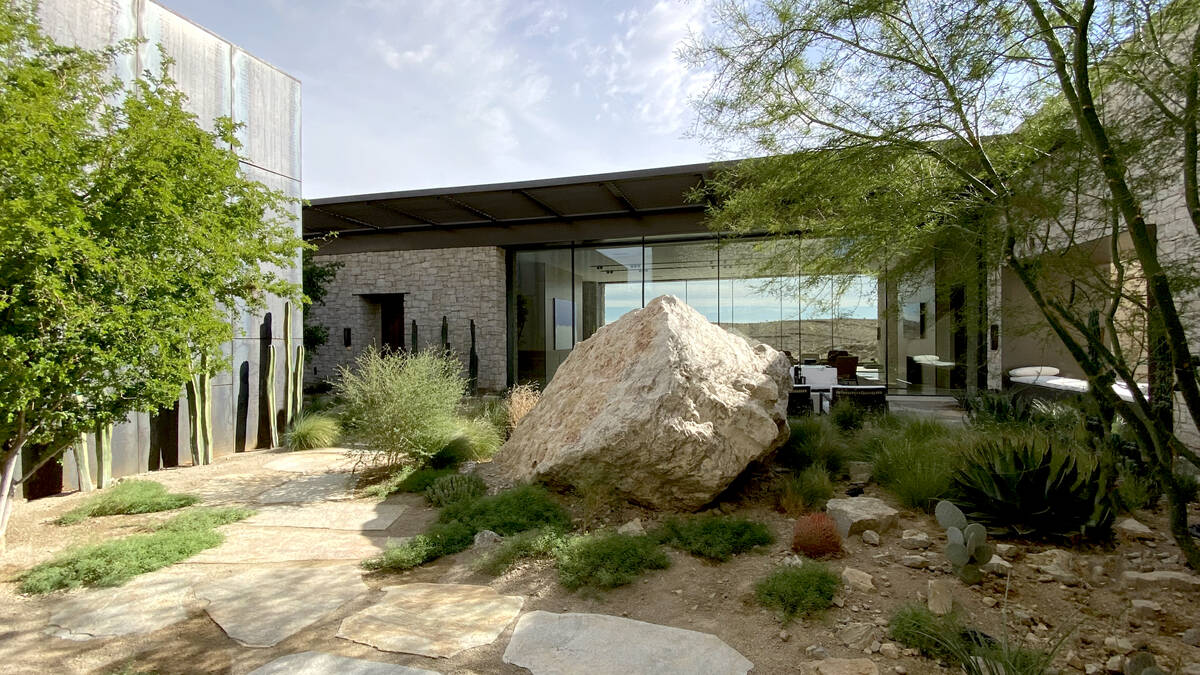 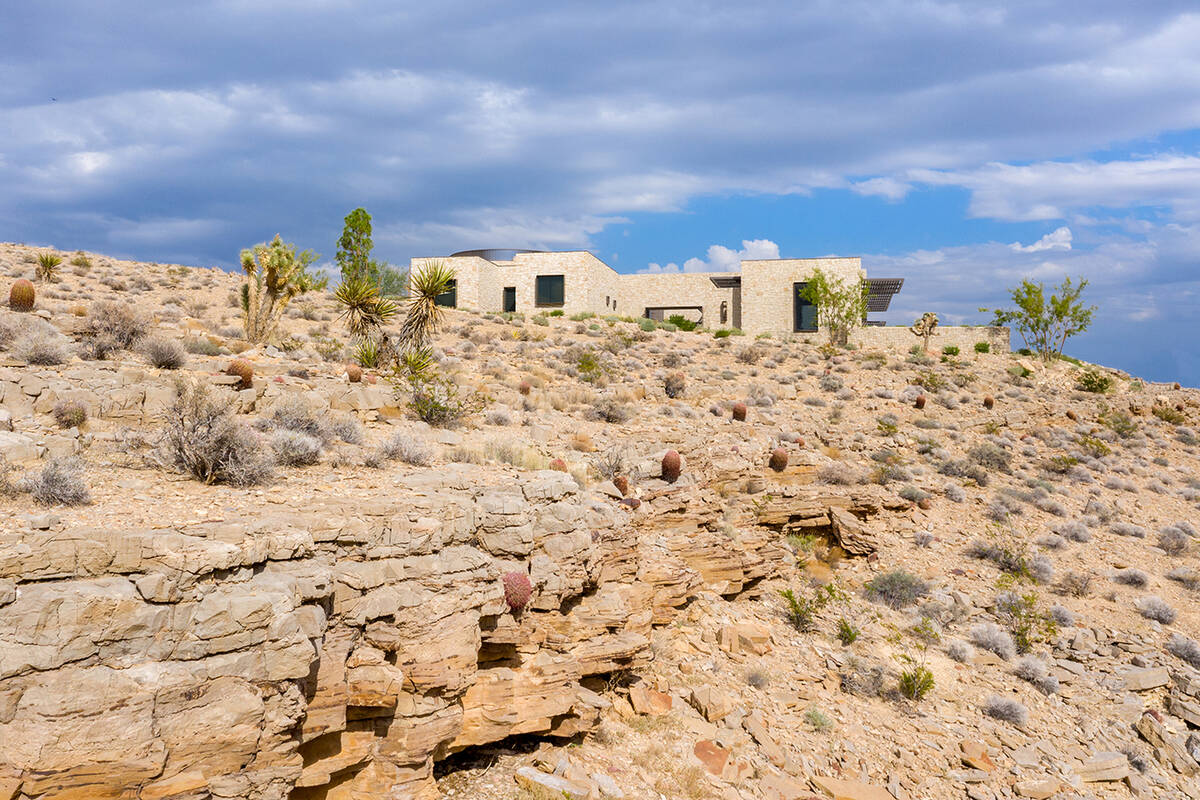 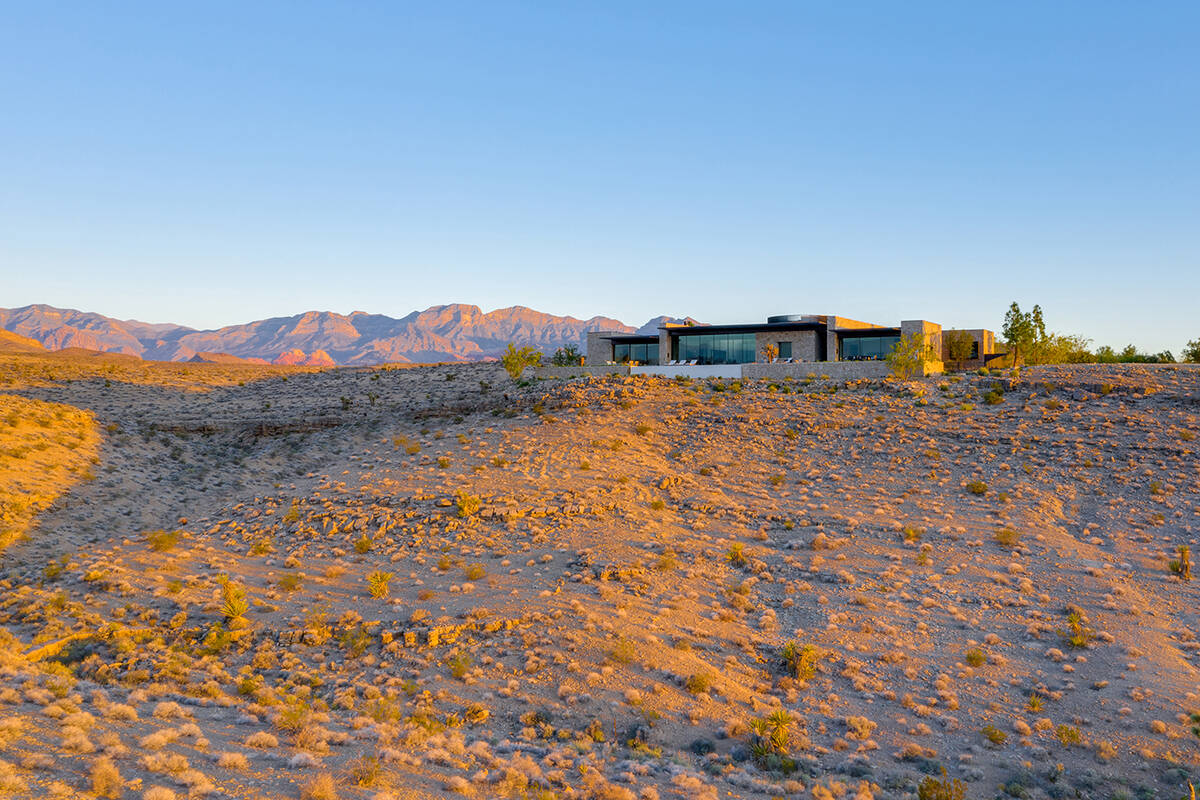 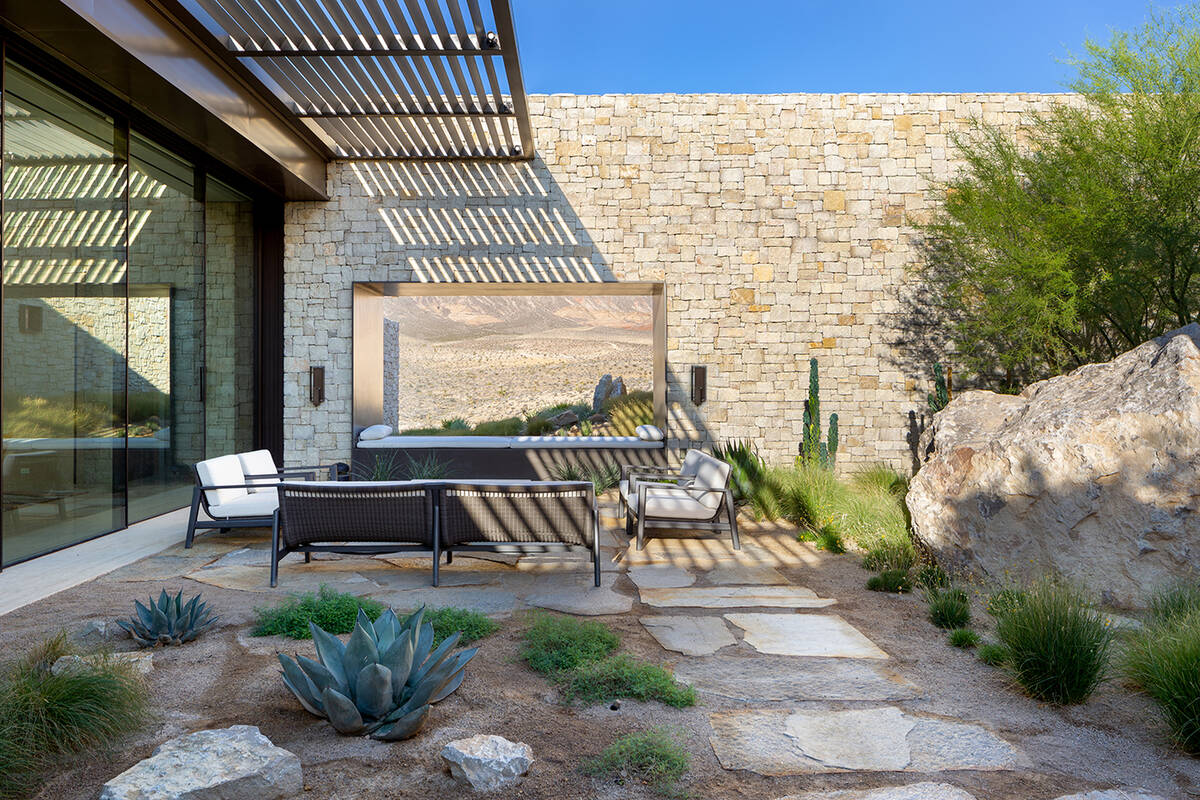 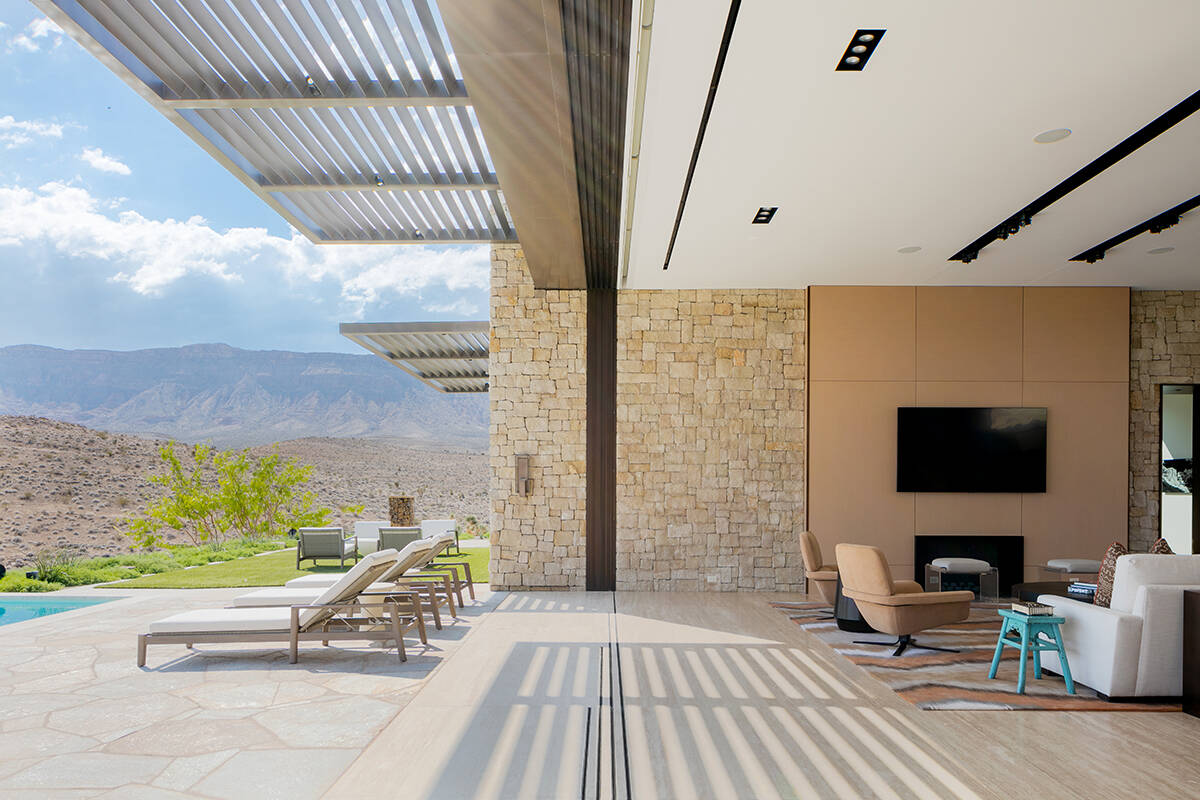 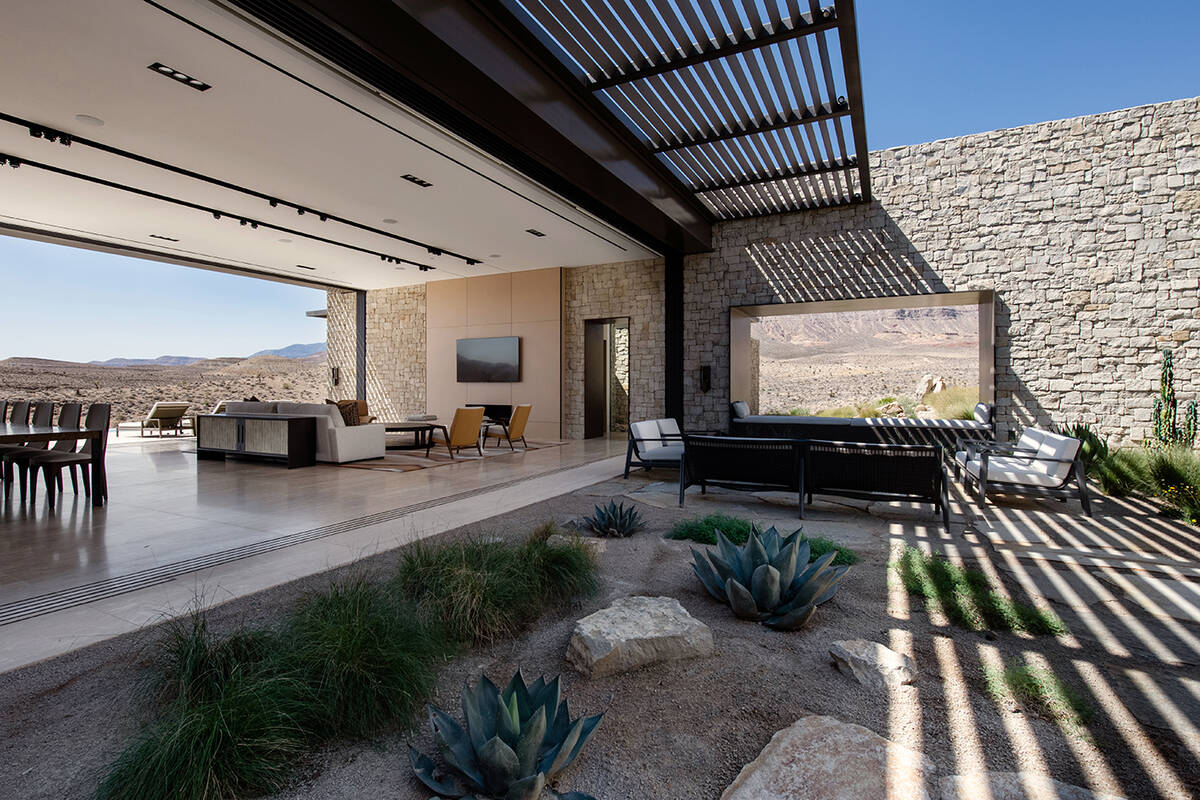 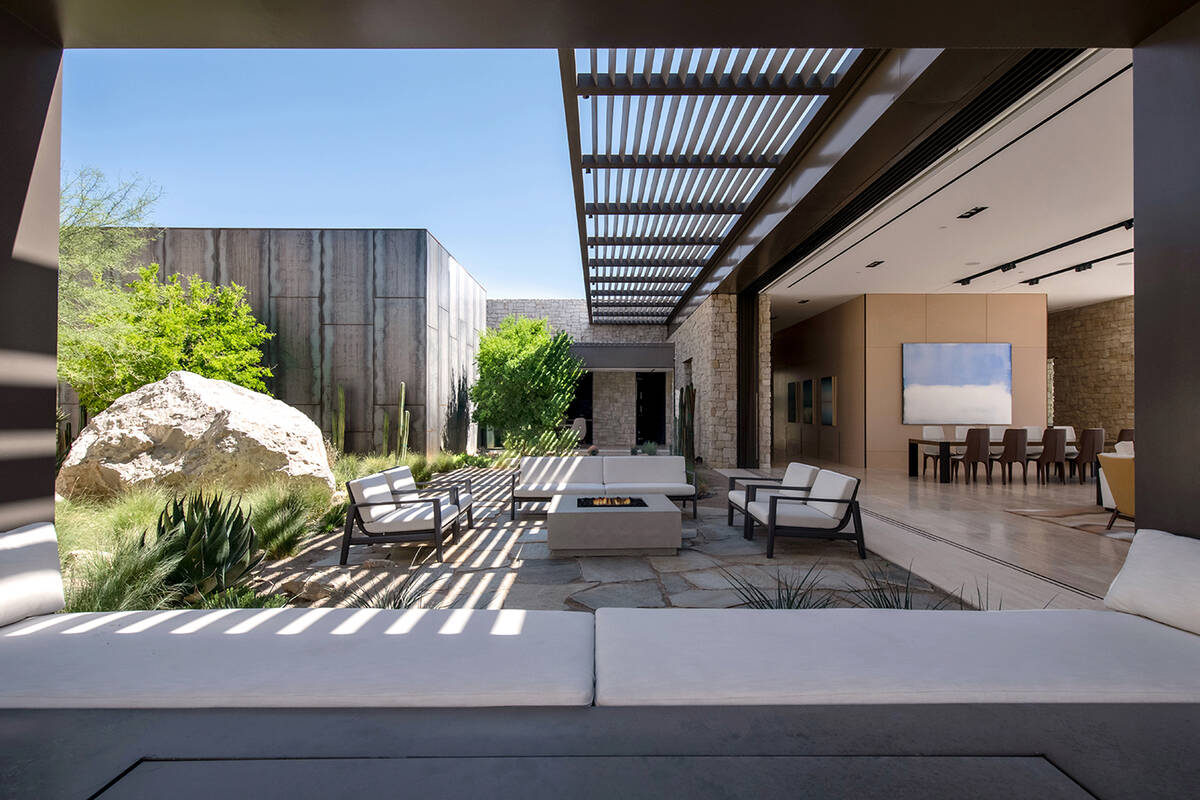 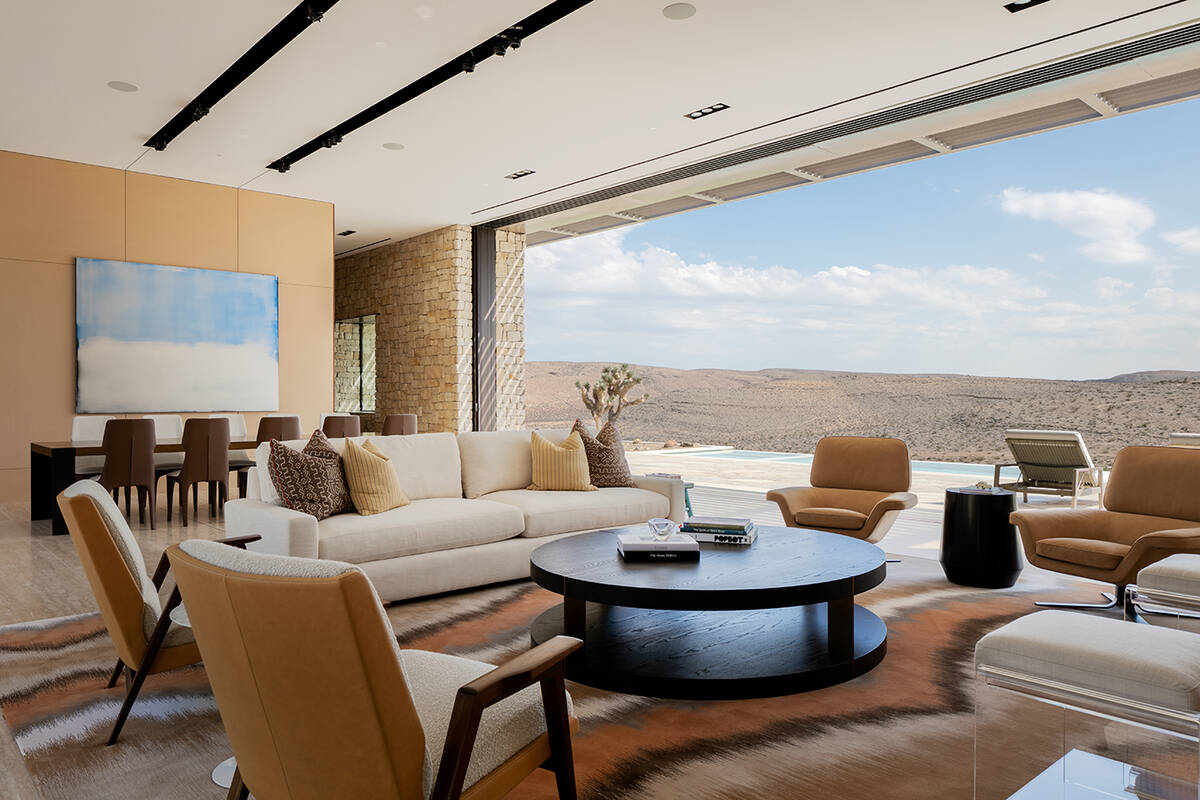 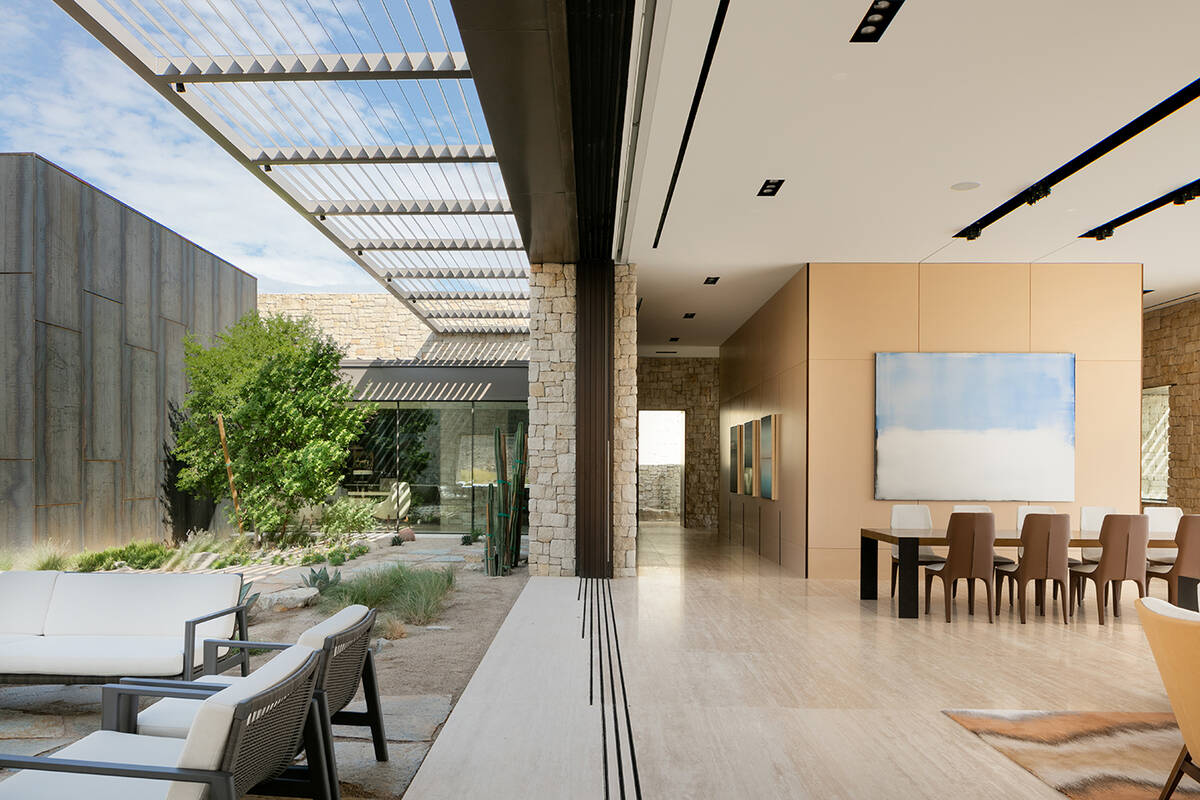 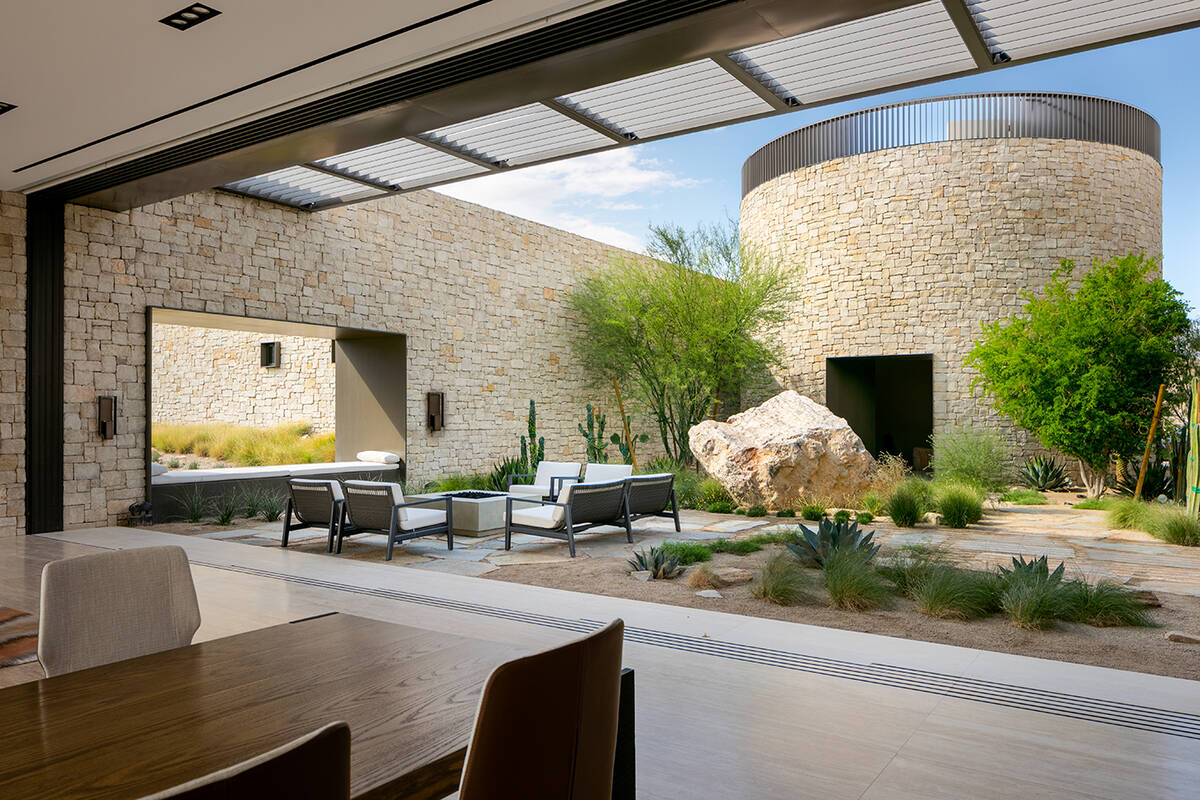 Forte Specialty Contractors To access the home, you have to walk through a tower that has a conical on top and fountain water feature below — a solid piece of granite that’s chiseled.

The Summit Club, the resort golf community in Summerlin, got international attention last weekend when it hosted a PGA Tour event — the CJ Cup — broadcast around the world.

The television coverage depicted the Spring Mountains of Red Rock Canyon, desert landscape and elevated areas where homes are perched above the championship course designed by famed architect Tom Fazio.

It’s a rare peek into the exclusive and private community of Discovery Land Co. that caters to the ultra luxury in athletics, entertainment and business. Knights owner Bill Foley and Raiders owner Mark Davis are among those who call it home. Celine Dion has a home there.

Lots have sold for several million dollars, and homes have been built that are in excess of $20 million.

It’s fitting that the same weekend The Summit Club was recognized by the Las Vegas homebuilder and design community for some of the first homes completed in the 555-acre development.

Forte Specialty Contractors and architect Daniel Joseph Chenin were recognized by the Southern Nevada Home Builders Association with a Silver Nugget Award for the category of Outdoor Living Space for a home called The Fort at the Summit situated above the golf course. It was also a finalist for Design &Architecture in the category where the Custom Home of the Year was selected. The Fort at the Summit also was a finalist for Best Custom Home Kitchen and Best Custom Home Primary Bathroom.

Another Summit custom home from Merlin Custom Home Builders won a Silver Nugget for Best Primary Bathroom and Best Kitchen and was a finalist for its outdoor living space and design and architecture.

Full coverage of the Oct. 15 awards ceremony will be included in a special section to be published Nov. 7 in the Las Vegas Review-Journal.

“We’re very proud of the work,” said Travis West, vice president of commercial development at Forte Speciality Contractors and senior project manager of the Fort project. “It was a challenging project, and it’s always a little sad when the project is over when it’s as beautiful as that one.”

The one-story home sits on 1 acre and measures 9,728 square feet with 7,300 of living space. It’s one story, but the way it “reads on the site because of the topography it feels like it’s two stories because it crawls up a hill,” West said. It has five bedrooms and a three-car garage.

“It is rustic contemporary,” West said. “The exterior has a dry-stacked stone. It has a timeless and beautiful design, and it melds well with the surrounding landscape. It looks like it belongs there. That’s hard to achieve, especially in this landscape and still maintain a contemporary feel and look. Normally, contemporary and modern is a little bit abrasive, and this couldn’t be further from it.”

Forte built the home around large boulders that it shipped onto the property for the courtyards, both external and internal.

“Right after I poured the slab, I brought boulders in because there was no other way to build so we had to build around them,” West said. “The boulders meld with the landscape, and it looks like the home and the rocks had always been there. It’s rare to see masses that large in new construction. It’s by far the most expensive free boulder I have ever received.”

West said he had to build a road and bring in special cranes and trailers to get the boulders to the site. They brought in about 10 large boulders with the two main ones in the external courtyard — one was about 75 tons or 140,000 pounds and the other was 50 tons or 100,000 pounds, West said. With the boulders, they used more than 14 native desert species for landscaping.

“I normally do commercial work, but when I saw the architect drawing this, it became a passion project for me,” West said. “I bugged him all the time that I felt compelled that I wanted to build this project. It’s unique and one-of-a-kind because of the materiality, design and thoughtfulness. It’s like having nature be exact because the lines in this home are so important and they read throughout. You mess up a precise dimension, it’s going to echo through the whole house. There’s no way you can cheat it because there are no breaks.”

West said it was a challenging design because of how it was drawn and its details. The measurements on the drawings were so precise because the “symmetry was really important in this particular home. If you were off by more than 1/16th you were going to see where that line ultimately meets up. Everything from slab grout lines to millwork surrounds to thresholds, they all line up. Daniel Joseph Chenin draws very precisely. Every detail matters.”

The name Fort at the Summit is derived from its design with two main towering walls that separate the home and run through the house.

“It’s the architect’s interpretation of what a modern fort would look like in an outpost in the desert,” West said.

Chenin said the concept of the home was to function as a base camp for family gatherings and outdoor pursuits with their active lifestyle. The clients were concerned about the environmental impact and wanted a design that was environmentally conscious. The overall design limits its environmental impact through design strategies such as passive cooling, day lighting, thermal mass, rock roofs, indigenous drought resistant landscaping and locally/regionally-sourced no-maintenance materials, Chenin said.

The strategies offset the home’s carbon footprint, reducing its dependence on the grid, all while providing good stewardship for the land, Chenin said. The walls were more than 1 foot thick with the rock and insulation, and during construction, it was noted the outside air temperature versus inside in summer was 20 to 30 degrees cooler, he added.

“We designed a house that won an American Institute of Architects Design Award for Nevada for its design and sustainability principles,” Chenin said. “Essentially, the house has a multitude of windows with different gardens and vantage points that could open and close and allow the occupants to change out the air and heat it and re-cool it passively without a mechanical system. The living room opens up to the backyard and to the interior to allow the interior of the house to become an outdoor environment that’s covered by the roof.”

The house is “organized in a series of masses that read as they’re emerging from the earth with rocks that are stacked,” Chenin said. It’s organized from a central nucleus that as you expand and go outward of that family nucleus, it becomes more private. And all of the rooms face the natural environment and focus on views of the surrounding mountains.

“Those unobstructed views of Red Rock from different rooms take on different views of the landscape,” Chenin said. “Every single space, whether it was inside or out, was carefully sited to take advantage of the views.”

The inside of the home has a hospitality feel that West said feels like a luxury resort, which fits Chenin’s background in high-end hospitality. There are upholstered walls, en suites and closet spaces connected to bathrooms.

“It feels like you are in a hotel,” West said. As for the kitchen, West described it as “looking like candy” and “dripping in this lovely onyx” on the walls and where “you see these veins rippling through the whole kitchen.”

“It’s gorgeous,” West said. “It’s like a jewel. When you come in, it looks like a precious stone.”

West called the great room spectacular with its 40-foot long corridor that is 13 feet tall with collapsible sliding doors.

It opens to the main courtyard and backyard over the swimming pool, which is positioned in such a way the prevailing winds blow across it and provides a cooling atmosphere in the house and into the exterior courtyard.

“You truly feel like you’re outside,” West said. “It’s awesome.”

To access the home, you have to walk through a tower that has a conical feature on top and fountain water feature below — a solid piece of granite that is chiseled, West said.

“The main courtyard presents itself, and you see this large boulder as you’re walking past and hear the dripping of the fountain and you look up at the conical in the sky, and it creates a cave-like sound to it. There’s a hidden staircase in there that you pass a small bar and go to the top, and it’s a beautiful observatory to look at the desert. There’s a banquette (built-in seating) up there. Surrounding the conical and the hole in the ceiling is a fire pit. I can imagine sitting up there with a nice cocktail in the fall. The view of Red Rock and the surrounding desert makes you feel like you’re out in the middle of nowhere.”

The master bathroom, which was a finalist for a Silver Nugget Award, has its own outdoor courtyard and shower and portal windows to view Red Rock as you shower, West said.

These won’t be the last Summit homes to win Silver Nugget Awards, West said. The clientele for these luxury homes moving into the Summit is pushing the envelope for designs. It took courage from the Fort’s unnamed owner to build such a home, he said.

“They bring a level of affluence that they can design more challenging structures,” West said. “You are only limited to your budget. You’re probably going to see a lot more challenging designs coming out of Summit.” 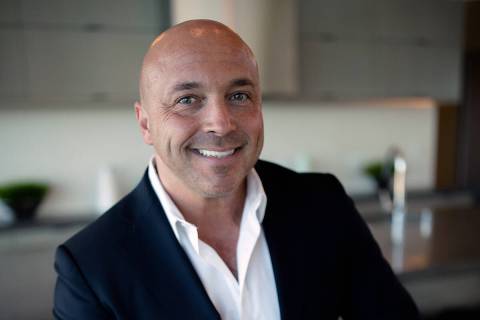 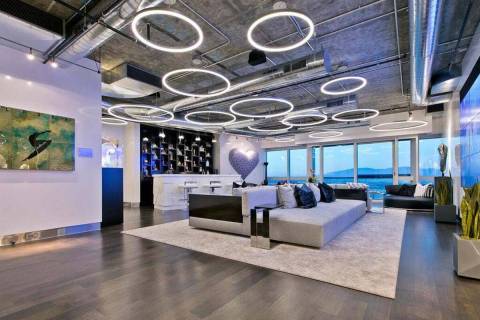 The Las Vegas high-rise market broke its all-time record in 2021 by more than doubling sales from 2020 and recording the highest price ever paid at $16.25 million for a unit at The Martin. 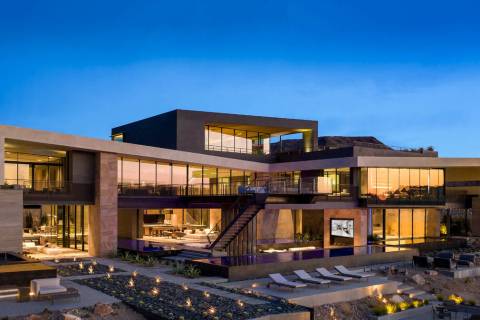 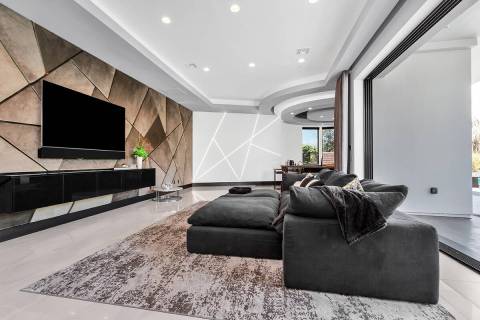 The Las Vegas luxury housing market showed no sign of slowing down as the year wound down and The Ridges in Summerlin led the way with five sales in excess of $5 million. 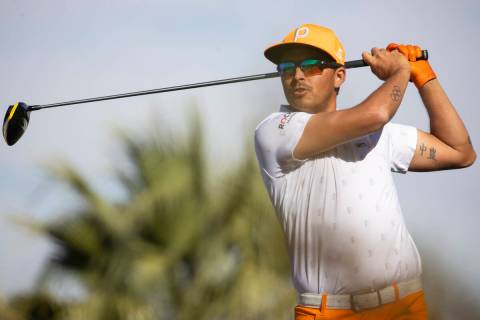 PGA golfer Rickie Fowler sold his luxury condo at The Summit Club in Summerlin for $6 million, more than six months after he closed on the unit for $2.1 million. 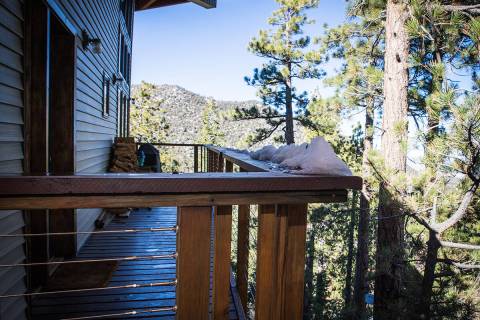 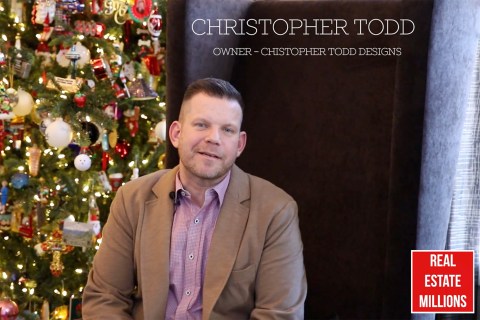 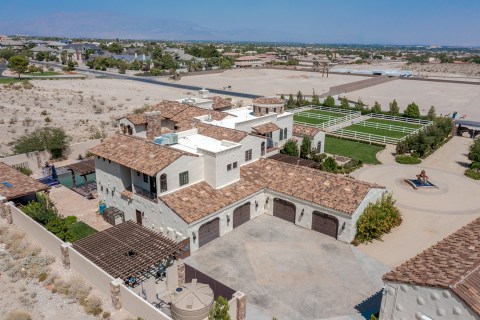 The Kentucky Derby is the Run for the Roses, but an equestrian lifestyle takes center stage at a Lone Mountain estate dubbed “The House of Roses” that has hit the market for $7.95 million. 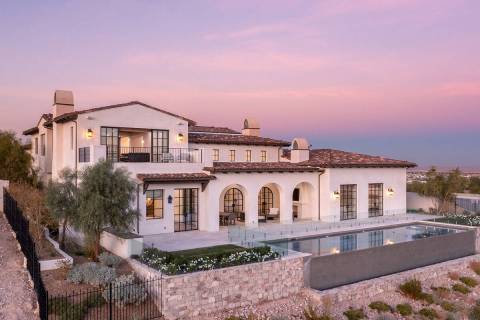 A California tech entrepreneur and his wife have paid the second-highest-ever known price for a Las Vegas Valley home that closed for $18.75 million in the Summit Club, while a second home sale in the same Summerlin resort community set an all-time record of price per-square-foot. 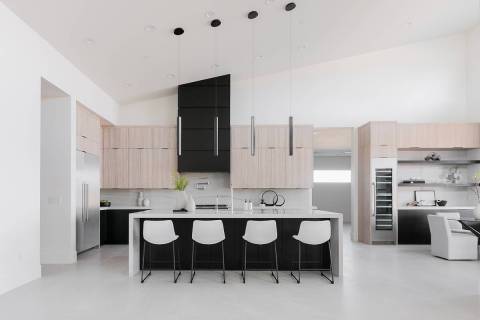