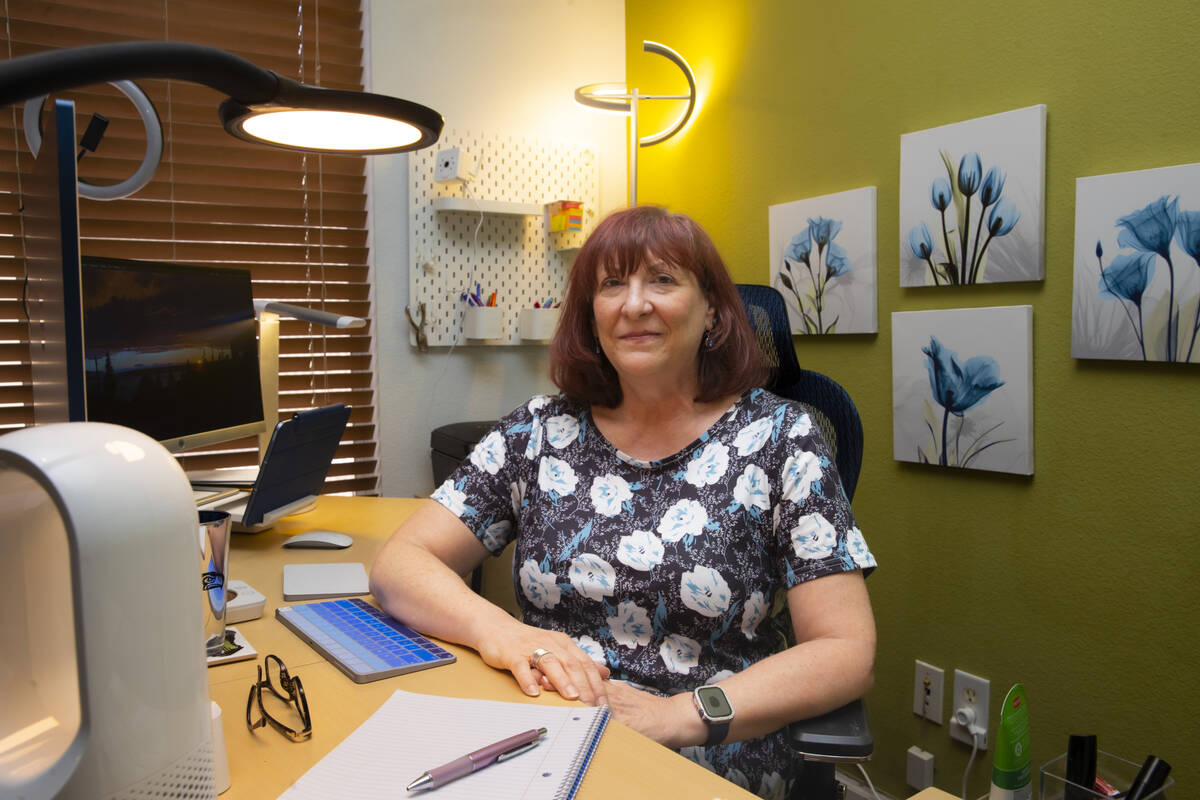 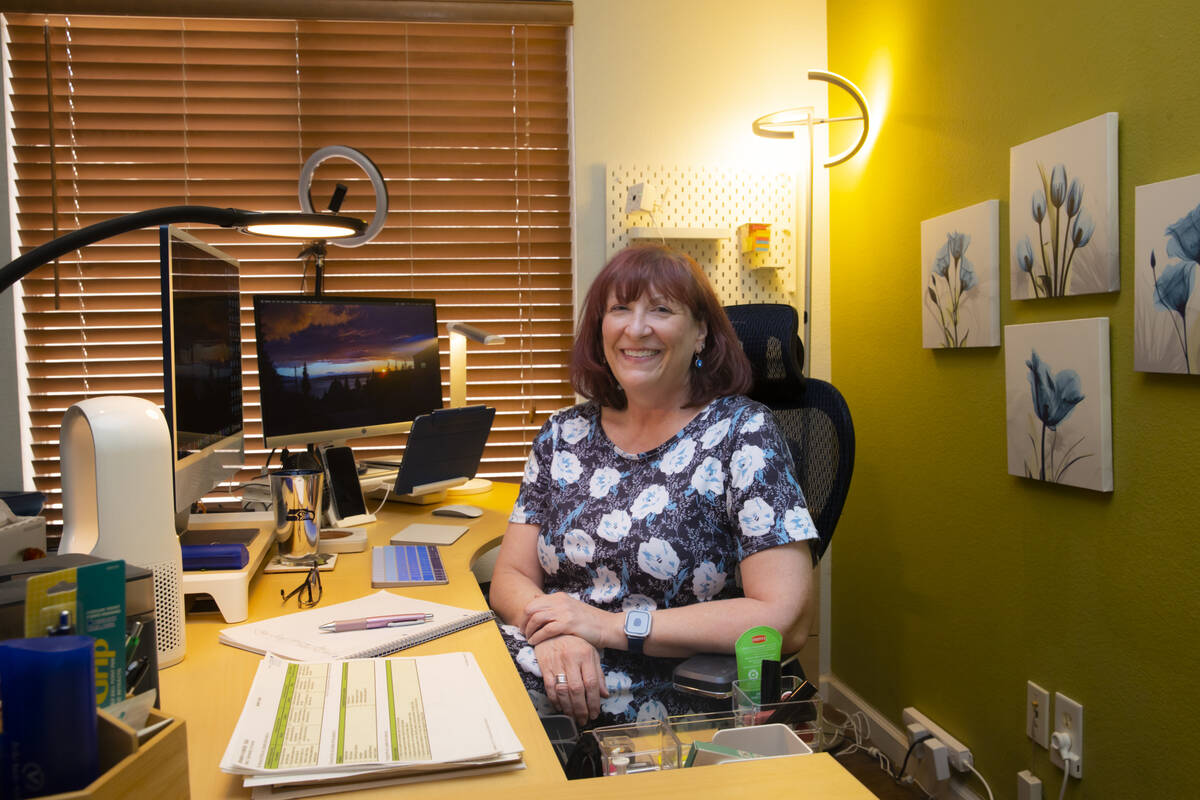 Spanish teacher Carmen Andrews was planning to retire in 2025, but recently started looking into whether she’d qualify to leave a year earlier.

But then the Clark County School District announced last month it will suspend an early retirement incentive for experienced educators for two years starting in July 2023.

Andrews, who has worked for the district since 1996, said she believes the majority of educators “just want out.”

The move to suspend a provision known as Article 18-9 is part of a collective bargaining agreement with the Clark County Education Association, the teachers union. The district’s Board of Trustees approved changes June 9.

Critics say the move punishes longtime teachers who’ve devoted many years to educating children in the district. But few meet the intensive criteria to be eligible for the incentive. Plus, the district is facing a growing teacher shortage, with more than 1,500 licensed/certified positions listed on its hiring website.

The district told the Review-Journal the number of participants in the early retirement incentive this year isn’t available because the application window didn’t open until July 1, but there were 49 last school year.

Article 18-9 says educators who’ve accumulated at least 29 years but fewer than 30 in the Public Employees’ Retirement System of Nevada and who’ve been a teacher in the school district for at least 15 years have the option of an early retirement incentive.

The district purchases up to one year of PERS service and the employee is required to have at least 100 days of accumulated unused sick leave.

Last month, the School Board voted 4-2 — with Trustees Linda Cavazos and Danielle Ford opposed, and Lisa Guzman abstaining — to approve agreements with all five employee unions to provide retention bonuses to most full-time regular employees.

The teachers union agreement also includes other provisions, including a $7,000 increase in starting teacher pay and suspending the early retirement incentive.

Union president: No one will be harmed

John Vellardita, executive director of the Clark County Education Association, told the Review-Journal the union is going to the negotiating table with the school district at this time next year. He said he’s confident the issue with Article 18-9 will be resolved and no one will be harmed.

The provision was negotiated years ago and gives the employer the option to withdraw it, Vellardita said, adding it’s an incentive or reward for someone who builds up sick days rather than burning through them.

“The district is in dire need of classroom educators, so they said they wanted to eliminate it,” he said.

Also, few people are eligible for the incentive, Vellardita said, because the criteria is “pretty significant.”

This year, 72 licensed employees of more than 18,000 are at the 29-year mark, he said. Of those, very few meet the other criteria to qualify for a buyout, he added.

Also, the typical profile of an educator is changing. Most baby boomers have exited the district, Vellardita said, and people generally aren’t staying in the profession as long as they used to.

And there’s a growing number of teachers who came to the profession as a second career through an alternate route to licensure, so they’re not going to reach the 29-year mark, he said.

Two teachers who could be affected

High school teacher Paula Mellino recently finished her 24th year with the school district and planned to use the early retirement incentive in 2023 or 2024.

Mellino said she has an additional two years of PERS credit — most of which the district purchased since she worked at an at-risk school and she bought a small remaining portion herself. And she was looking into buying the rest of the credit she’d need to retire.

When Mellino heard the news about the early retirement incentive being suspended, “I was first incredibly angry,” she said.

Mellino has spent four years building up sick leave to make sure she could reach the minimum in order to qualify.

“I had made plans that were completely stripped from me,” she said.

Mellino said the suspension of the early retirement incentive is punishing those who’ve had a long career with the district. It costs her $37,000 to purchase a year of PERS credit, she added.

“I have given my life and soul to being a teacher, and changing the future,” she said. “Instead of rewarding us, they are taking things away from us.”

Mellino started her career at Durango High School, then spent 20 years at Rancho High School and is now moving to Nevada Learning Academy, the district’s online school, this school year.

If she can’t use the early retirement incentive, she said she’s not sure what she’ll do. “Honestly, I don’t know,” she said.

Andrews, vice president of the National Education Association of Southern Nevada, said she doesn’t know for certain if she’d qualify for the early retirement incentive. She said she received an extra year of PERS credit over time in the early 2000s and she’s not sure how that would come into play.

Andrews said she feels the suspension of the provision is a step toward getting rid of it, but also understands the district doesn’t want employees leaving early since there’s a teacher shortage.

Andrews taught in a traditional classroom before making the switch in 2013 to working at Nevada Learning Academy.

Early in the COVID-19 pandemic in 2020, Andrews volunteered her time to answer questions, organize trainings and meet one-on-one virtually with educators on how to use Canvas — the district’s online learning platform — in preparation for the beginning of a new school year under 100 percent distance learning. She helped dozens of teachers.

As for the work environment in Clark County, “the district is just not a great place to work,” she said, noting it seems to be getting worse and it feels like educators are treated at best with disdain by leadership.

Andrews said she could be one of the first teachers to potentially suffer as a result of the early retirement incentive being suspended and she’s close to having 100 unused sick days.

If she’s not able to use the retirement incentive, though, she’ll keep working. “It’s one of those things, it’s not going to ruin my life.”

During a June 9 trustees’ meeting, Ford said suspending the incentive is a big deal, and if it was up to her, she’d go back to the negotiating table.

She said it feels like something you don’t do to employees who’ve worked for the district for decades, including sticking with it through the COVID-19 pandemic.

During a public comment period, Todd Taylor said he was a teacher in the district for 29 years before retiring two years ago. “You don’t have a teacher shortage problem,” he told the School Board. “You have a teacher morale problem.”

Suspending the early retirement incentive will hurt teachers who’ve been most loyal to the district, Taylor said.

The district is caught between a rock and a hard place, she said, noting the whole world is experiencing a tremendous “people shortage” and understaffing. It’s a tough decision to suspend the early retirement buyout, Garcia Morales said, and a sacrifice for educators who had plans to utilize it.

Garcia Morales said the district has to be fiscally responsible and she hopes that in the future, it will be able to contribute as a “thank you” for those who want to leave early.

An earlier version of this story misstated when the application window for the early retirement program opened. It opened on July 1.