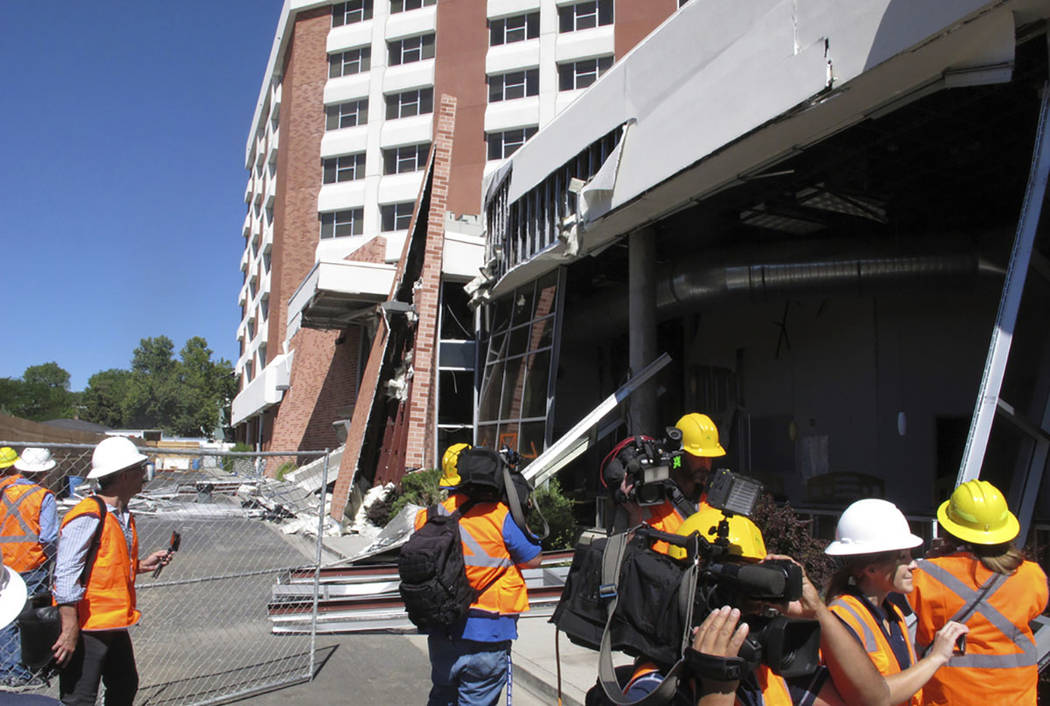 Members of the media got their first up-close look on Thursday, July 11, 2019, in Reno at the exterior and interior damage at a University of Nevada, Reno dormitory where a natural gas explosion blew out walls and windows on July 5. (AP Photo/Scott Sonner) 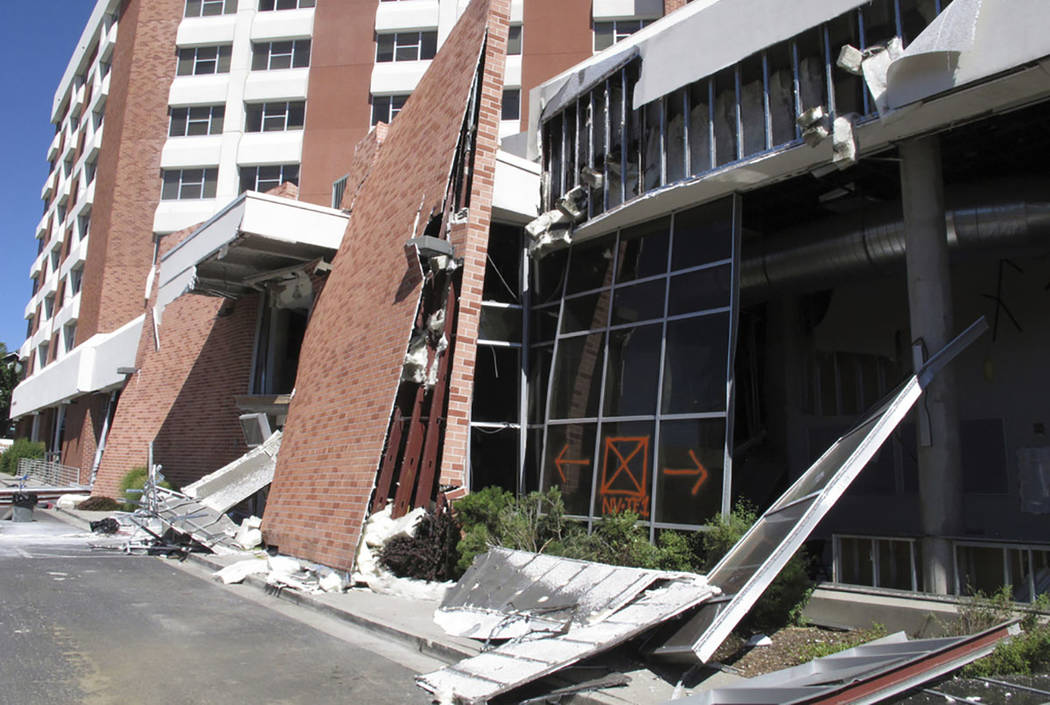 Structural engineers with experience responding to earthquakes and natural disasters are helping experts at the University of Nevada, Reno with efforts to rebuild this dormitory, Thursday, July 11, 2019, in Reno, where a natural gas explosion blew out walls and windows. (AP Photo/Scott Sonner)

University of Nevada, Reno, students displaced by the explosion that damaged two campus residence halls could find themselves living in a tower of the Circus Circus casino in Reno next fall under a tentative plan unveiled Friday.

The university has entered talks with Eldorado Resorts to see if a deal can be reached to place the 1,300 students who were slated to live at Nye or Argenta halls on the UNR campus in the hotel-casino’s newly renovated Reno Sky Tower.

The proposal is tentative, UNR President Marc A. Johnson told the Nevada System of Higher Education Board of Regents shortly before it approved a request to enter a short- or long-term partnership to provide food and housing for the affected students.

Under the potential agreement with Eldorado, the nongaming tower, located approximately half a mile from campus, would be temporarily renamed Wolf Pack Tower and converted to offer traditional residence hall amenities like study spaces and laundry facilities.

Students would have separate, keycard-enabled entrances, and the building would be staffed by university employees and police.

To transport students to campus and back, the university shuttle would add a stop at the tower. Students with cars would have free parking in a designated garage.

The tower also would take on the civic engagement theme of Argenta Hall, offering service-learning and volunteer opportunities.

As a temporary measure, the university will use prefabricated kitchen and dining modules in the plaza east of Great Basin Hall beginning Aug. 12.

But in November, the university will open a semi-permanent structure made of all-weather fabric supported by aluminum arches for modular kitchens, serving spaces and restrooms.

Known as a Sprung structure, the building is being purchased from Emory University, where it served as a temporary dining facility for two years.