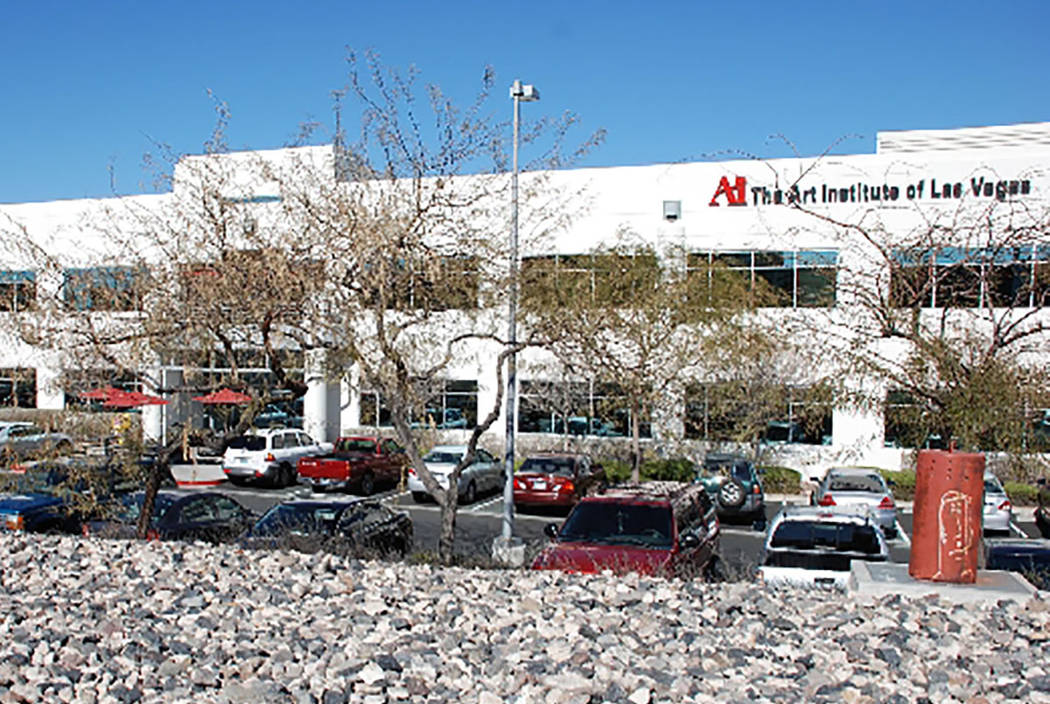 The Art Institute of Las Vegas has been sold to a group of professors who have been in talks to buy the school since January. But now the school might need to relocate, following a judge’s order in favor of the current campus’s landlord.

U.S. District Judge Dan Aaron Polster granted the sale of the school for $250,000 to Save Ai Las Vegas on Friday, months after the dissolution of the school’s parent company, Dream Center Educational Holdings, which operated for-profit schools nationwide.

In the interim, DCEH’s finances have been under the control of court-appointed receiver Mark Dottore, who filed an emergency motion to approve the sale to Save Ai Las Vegas on July 15.

Before the sale, the federal court in Cleveland heard three objections to the proposal, including one from the owner of the school’s building at 2340 Corporate Circle in Henderson, a limited-liability corporation known as Tech Park 6.

Attorneys for Tech Park 6 asked the court to affirm that the receivership would continue to pay the $25,000 weekly rent and that Save Ai Las Vegas would surrender the property by 5 p.m. on the day the sale closes.

“Throughout the pendency of this case, myriad issues have arisen with respect to such obligation that have required Tech Park to intervene and seek various relief from this court,” the filing said. “In order to alleviate any subsequent issues, Tech Park hereby requests that the sale order confirm explicitly the receiver’s obligation to continue to pay rent to Tech Park in the amount of $25,000 per week.”

The judge granted Tech Park 6’s requests, but the order does not prohibit Save Ai Las Vegas and Tech Park 6 from entering into a lease agreement of their own.

Representatives for Tech Park 6 and parent company Buchanan Street Partners could not be reached for comment.

Lisa Mayo-DeRiso, spokeswoman for Save Ai Las Vegas, said the group expects to need to move the school upon closing the sale but hopes to have no interruptions to the summer or fall semesters. The group is looking for a building closer to downtown, according to Mayo-DeRiso, and will rename and rebrand the school.

“We think it’ll be a fresh start,” Mayo-DeRiso said.

With the Art Institute now in escrow, Save Ai Las Vegas is looking to raise money for the transition, Mayo-DeRiso said, as well as transfer control of federal student aid funds from the receivership.

The faculty at the Art Institute of Las Vegas has gone unpaid since May, and students across dozens of former Dream Center schools have reported missing educational stipends.

The court also heard an objection to the sale filed by the state Commission on Postsecondary Education, which said the terms of the purchase agreement left no one responsible for possible violations of state law regarding veteran students committed before April 1, 2019.

The judge disagreed, however, stating in the order approving the sale that nothing prevented the Nevada Department of Employment, Training and Rehabilitation from requiring the buyer to assume obligations relating to student stipends, unearned tuition and other liabilities that the school is required to pay by the department or the U.S. Department of Veterans Affairs.

The court ruled similarly on an objection from the U.S. Department of Education, stating that nothing in the order prohibits the DOE from exercising its right to set conditions for participation in federal student aid programs, but that Save Ai Las Vegas could not be held responsible for any liabilities associated with former Dream Center schools other than the Art Institute of Las Vegas.

A third objection was withdrawn after clarification of language in the purchase order.