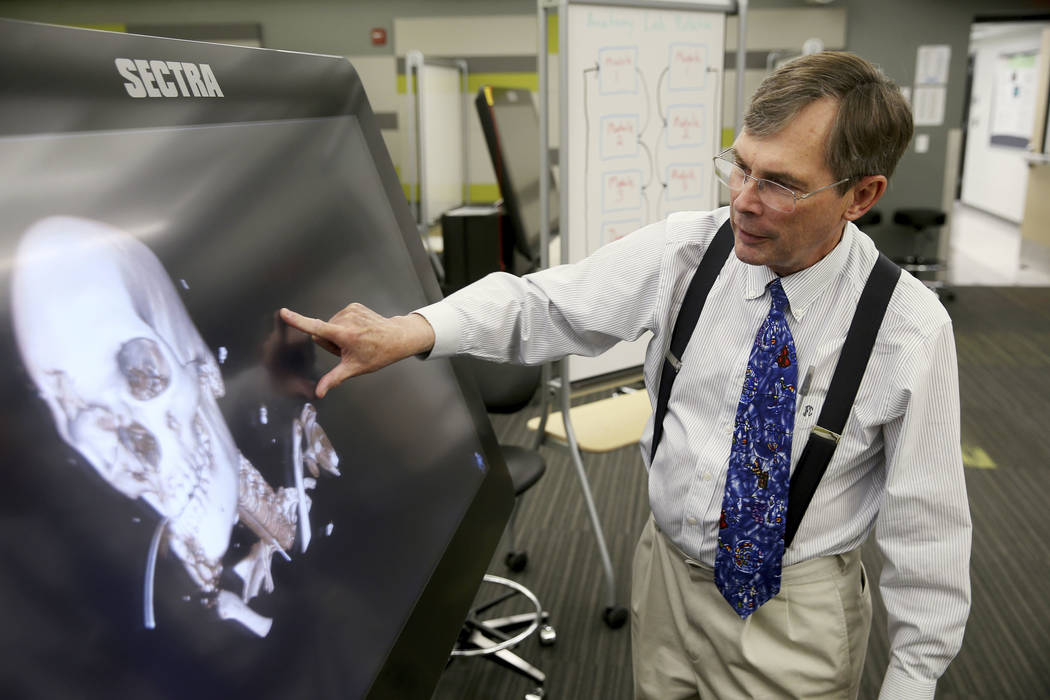 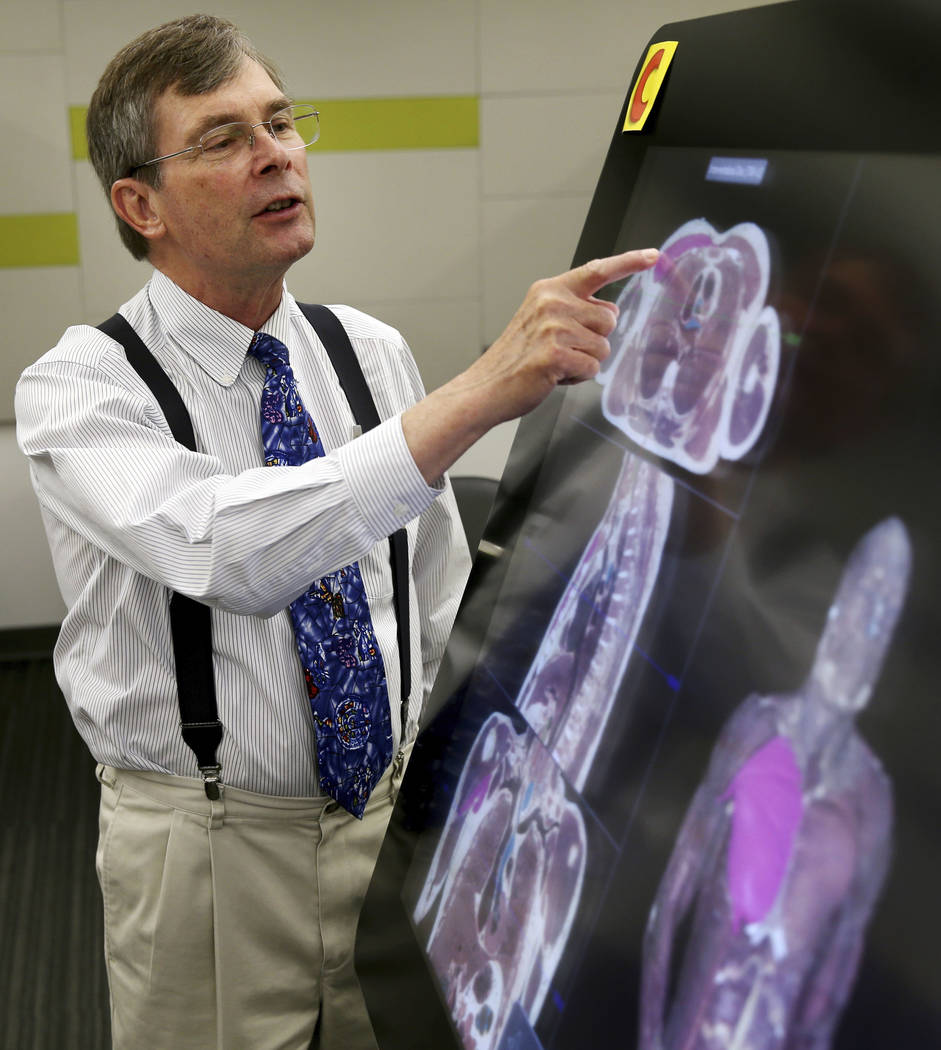 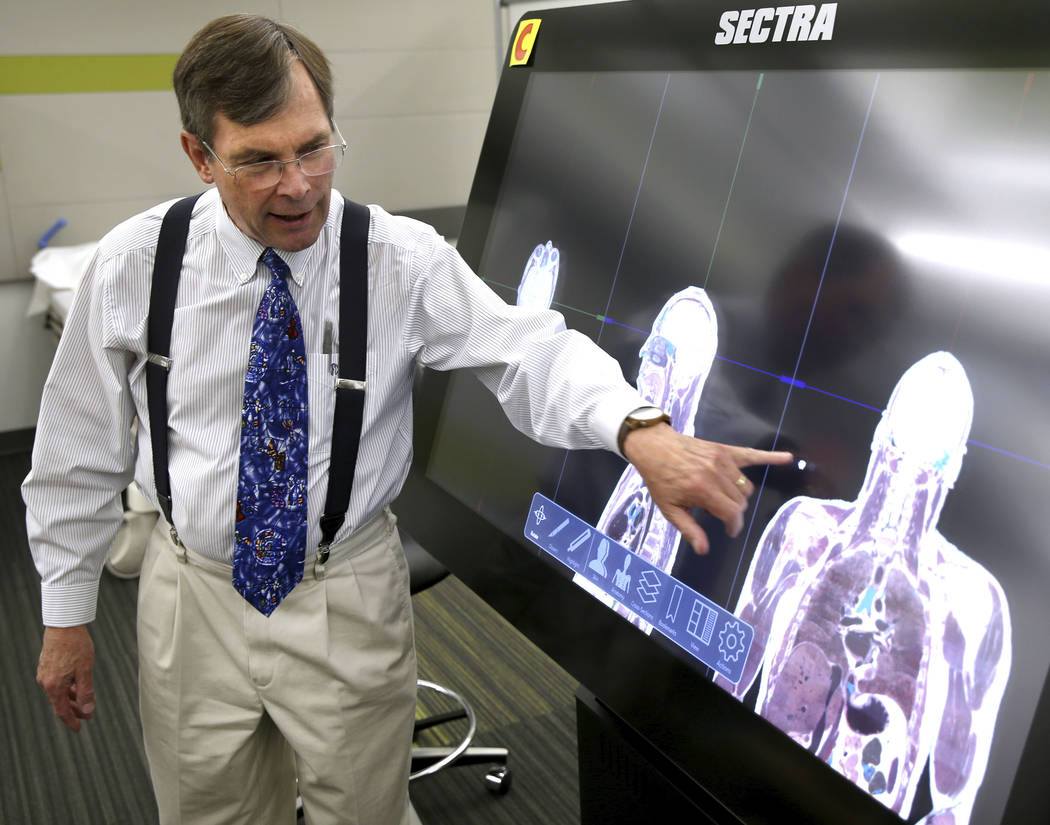 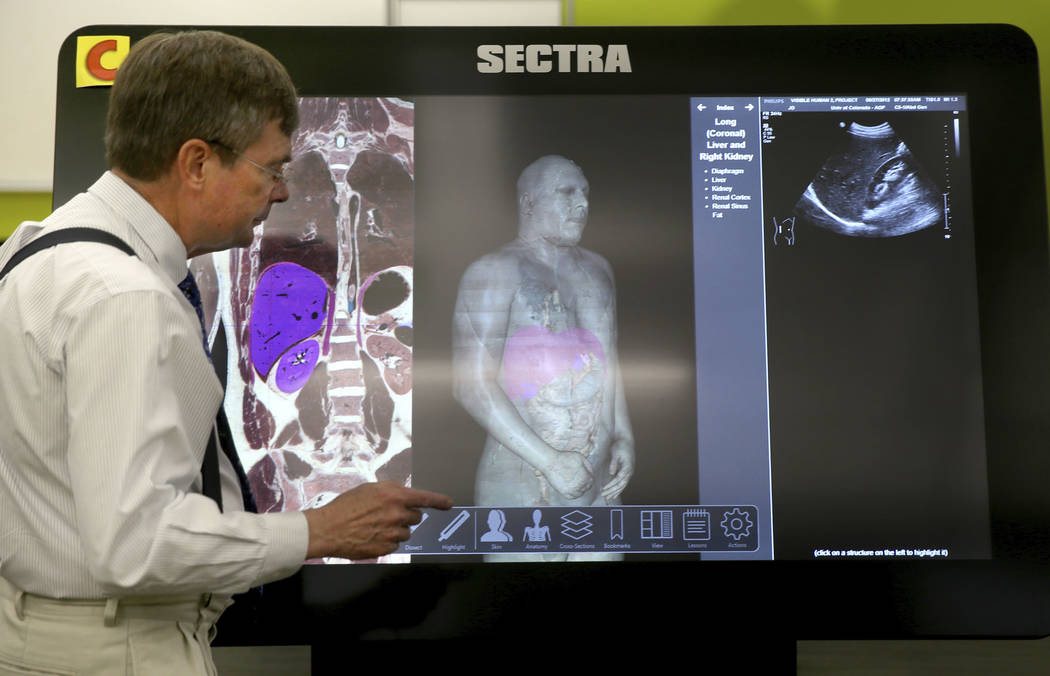 UNLV has always planned to add more bodies to its medical school. But under the latest funding plan, some of them will be dead.

The new $125 million outline for UNLV’s School of Medicine building includes a provision for a cadaver lab — a departure from the university’s initial plan to instead use a virtual anatomy lab, where students study human bodies and dissection on large touch screens.

Virtual labs have been presented as a modern and cost-efficient alternative to the traditional cadaver dissection that has been a hallmark of the medical profession for centuries. On one screen, students can inspect organs and other bodily structures from multiple angles and redo their work — something that’s impossible the old-school way.

But some universities and researchers have criticized the virtual tool, saying it lacks the realism necessary to train future doctors. For others, a cadaver lab is a point of pride for both students and the school as a whole.

Nevada System of Higher Education Regent Mark Doubrava, an ophthalmologist, said opening a cadaver lab will make the school more competitive with similar schools throughout the country, as well as its neighbor to the north: the University of Nevada, Reno’s $36 million Pennington Health Sciences Building opened in 2011 with a cadaver lab.

“Students have a decision to make, and they may have in their calculation that they want that cadaver lab experience,” Doubrava said.

While hands-on experience may not matter to students looking to go into primary care or psychiatry, it could impact students’ chances at a surgical residency, according to Doubrava.

UNLV’s virtual anatomy lab allowed the school to open its doors earlier than expected, Doubrava said, but now that a funding plan for a permanent building has been approved, it’s time to consider how to incorporate the best of both worlds.

Jeffrey Fahl, a professor of pediatrics at UNLV, was tasked in 2016 with developing a first-of-its-kind anatomy curriculum that would rely exclusively on virtual training.

He chose Sectra Tables for their cloud-based library of medical imaging that can re-create human structures from CT scans and allow students to call up a list of steps or additional views on another side of the screen.

With a single swipe, students can remove skin, tissue and bone and rotate the virtual cadaver — a digitization of a series of images of death row inmate Joseph Paul Jernigan provided by the Visible Human Project. The scans are detailed enough to see the permeation of tattoo ink throughout the layers of his skin.

“This is a very powerful way of doing things,” Fahl said.

Six students gather around each table, with two taking on the lecture for each module. They rotate throughout the classroom, giving each student a chance to teach others — a systems-based approach that would be challenging in a traditional lab where attempting to display the entire digestive system would render the rest of the body unusable.

The academic result is that UNLV students who take virtual anatomy consistently score higher on National Board of Examiners tests than students who have taken traditional anatomy, Fahl said.

Those pushing for a cadaver lab tend to fall into two categories, Fahl said: old-school doctors and legislators holding the purse strings whose primary experience with medicine is through TV shows.

Kyle W. Petersen, a professor-emeritus at Emory University who assisted with the development of UNLV’s virtual lab, said there’s nothing a cadaver lab can offer that the virtual lab can’t.

“It’s a misconception that these labs train students to use a scalpel. The way you’d use a scalpel is very different in surgery. The tissues of a cadaver are very different,” Petersen said. “It might be 20 surgeries before someone feels comfortable with what they’re doing.”

Labs at other Nevada schools

UNLV is not the only Southern Nevada school pursuing a cadaver lab. Roseman University, which is in the midst of a $150 million fundraising campaign for its College of Medicine, intends to include an anatomy lab at its Summerlin campus that will combine cadaver study with virtual instruction.

“Medical students will also discover that a stranger to them, in one last act, has entrusted their body to their hands just as patients will someday entrust their lives and well being to their hands,” said Mark Penn, founding dean of the Roseman University College of Medicine. “The training of compassionate healers begins in the anatomy lab.”

Touro University has had a cadaver lab since the school’s Henderson campus opened in 2004. It’s available to students from a variety of disciplines for gross anatomy courses, dissection and even postgraduate work.

“There is no substitute, at this point, for an actual human cadaver,” said Emmett Findlay, chair of the basic sciences program at Touro.

For one, real human bodies have variations that are impossible to study on a digital table or in a textbook, which present a standardized version of a human, Findlay said.

He said that through touching, feeling and seeing, medical students gain a deeper understanding of human anatomy and the morbidity and mortality that affect it. It’s also something of a rite of passage for medical students, Findlay said, as well as a way to build teamwork.

“It’s like riding a bike: You can read books about bicycles and bicycle maintenance, but until you try and sit on a bike, you won’t know if you get it,” Findlay said.

As a Jewish-affiliated institution, Touro also takes special precautions to accommodate students known as kohanim, a traditional priestly tribe forbidden from coming into contact with dead bodies. The lab features a vestibule entry that effectively separates it from the rest of the building.

The cost of the lab was built into the construction of the school, Findlay said. But for schools looking to add a lab, the priciest factor may be a ventilation system required to keep preservative chemicals from mingling with the air in other parts of the building.

One study found that a state-of-the-art lab built at the University of Bristol in 2009 cost nearly $2 million. However, the same study found that then-Philadelphia University was able to convert an existing classroom space into an anatomy lab for its physician assistant students in a relatively short time frame for just over $200,000.

At Carroll University in Wisconsin, a new laboratory building that includes both a cadaver lab and a virtual dissection table, as well as classroom space, opened in 2016 at a cost of $24 million.

Fahl said that the cost for building a cadaver lab at the Shadowlane Biotech Research Center — the temporary site of the UNLV School of Medicine — would have been about $10 million, with a yearly upkeep of $2 million.

“That was excessive for a temporary building,” Fahl said.

The university was instead able to purchase eight Sectra tables at a price of $70,000 each, Fahl said. UNR uses Anatomage tables, which start at about $70,000 and function as a supplement to the cadaver lab.

Likely the way forward is a combination of the two spaces.

Doubrava said his own training at the cadaver lab would have been more efficient with a digital component.

“We could spend hours in the cadaver lab dissecting, but if you have digital imaging to refer to at the table, it would have enhanced that experience,” he said. “You ask, ‘What structure is that?’ and the answer is right there.”

Fahl said that if a cadaver lab becomes a reality at the UNLV School of Medicine, it will function as a welcome complement to the virtual lab, allowing residents to return for training that involves tissues.

“I don’t look at it as one or the other,” Fahl said. “They would supplement each other.”