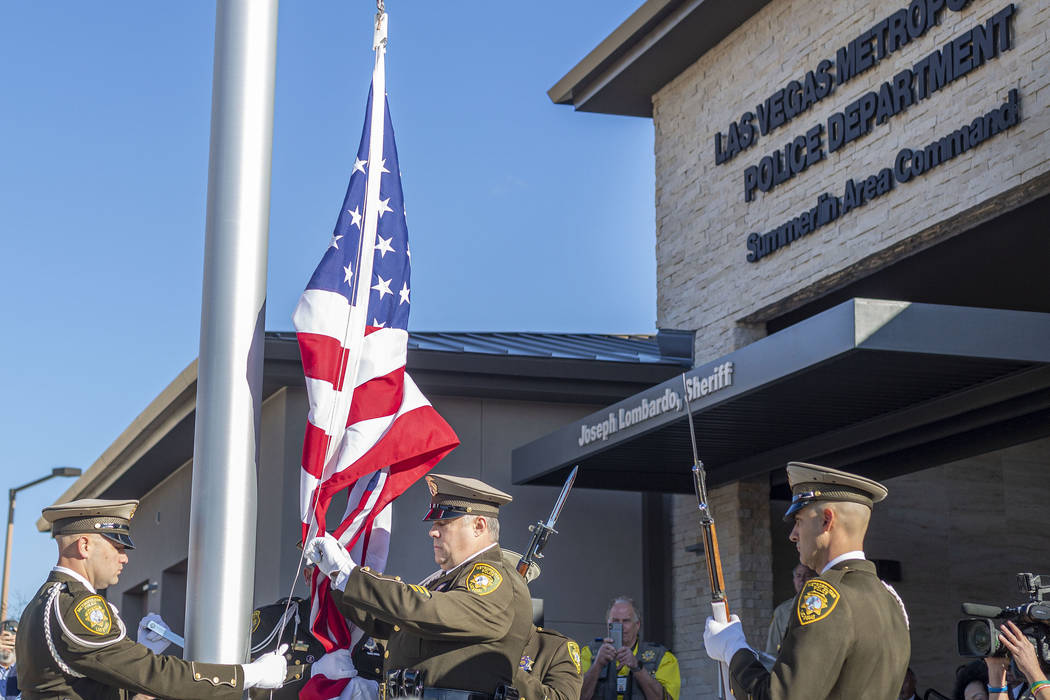 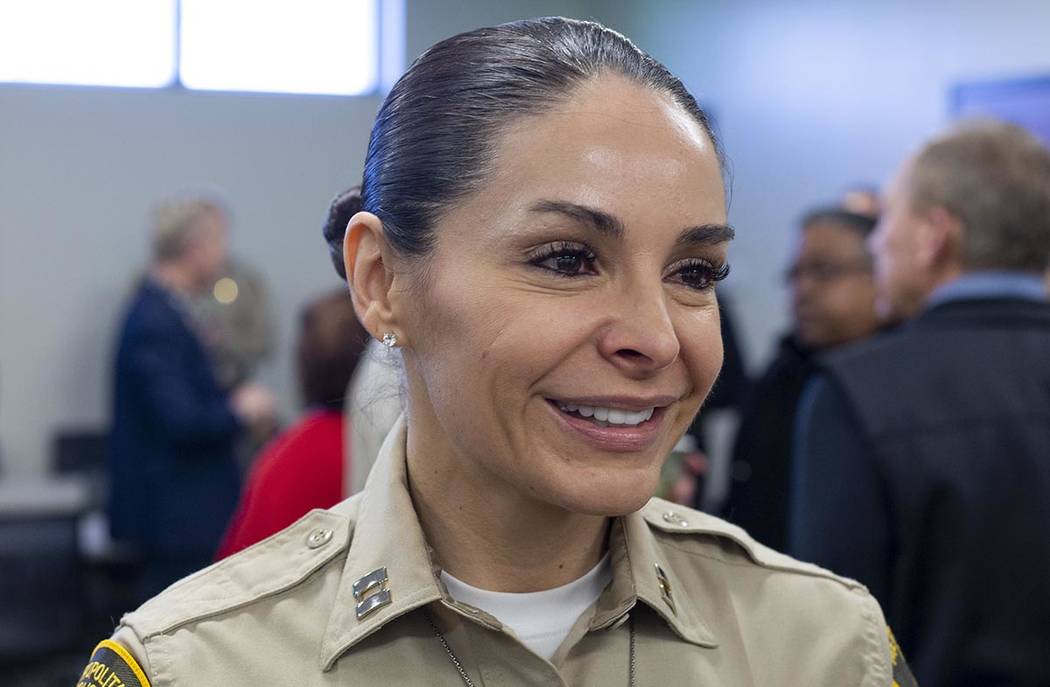 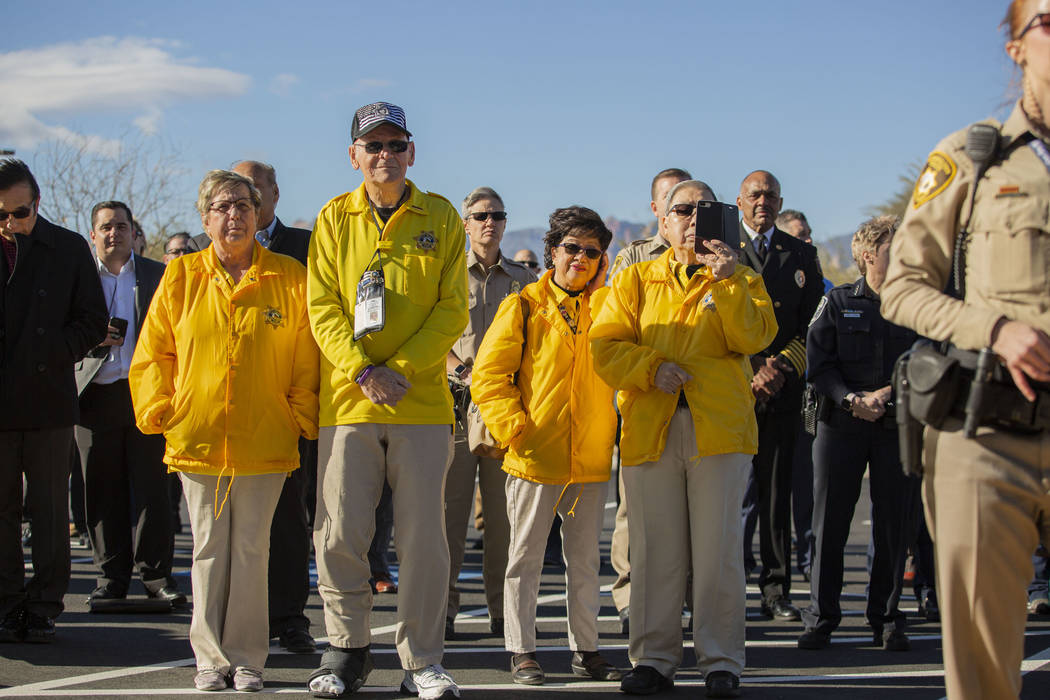 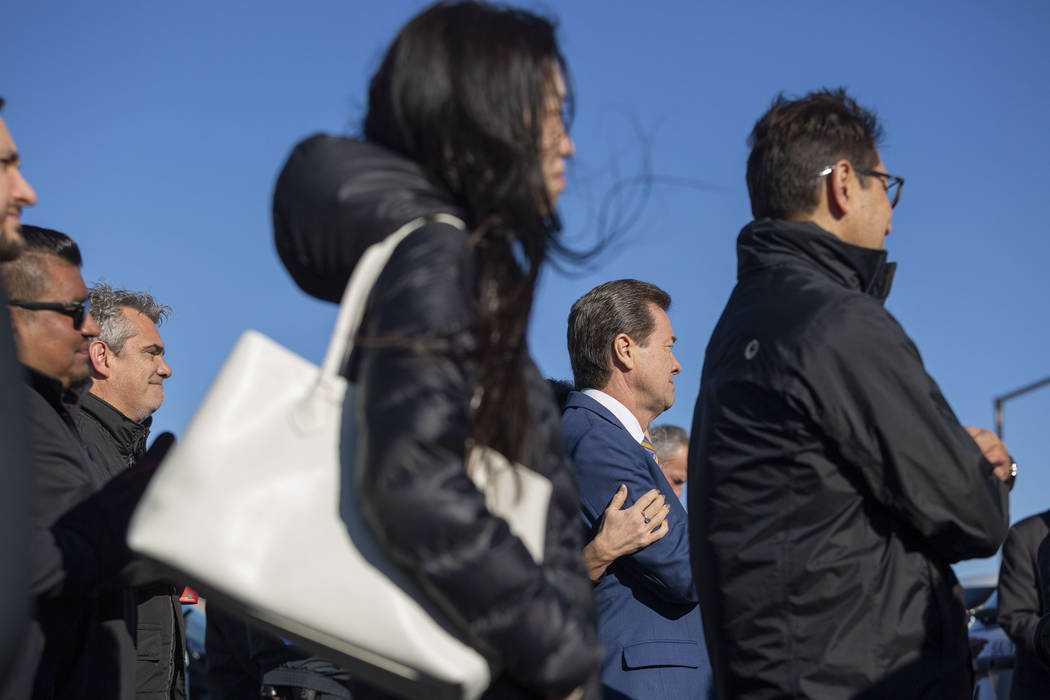 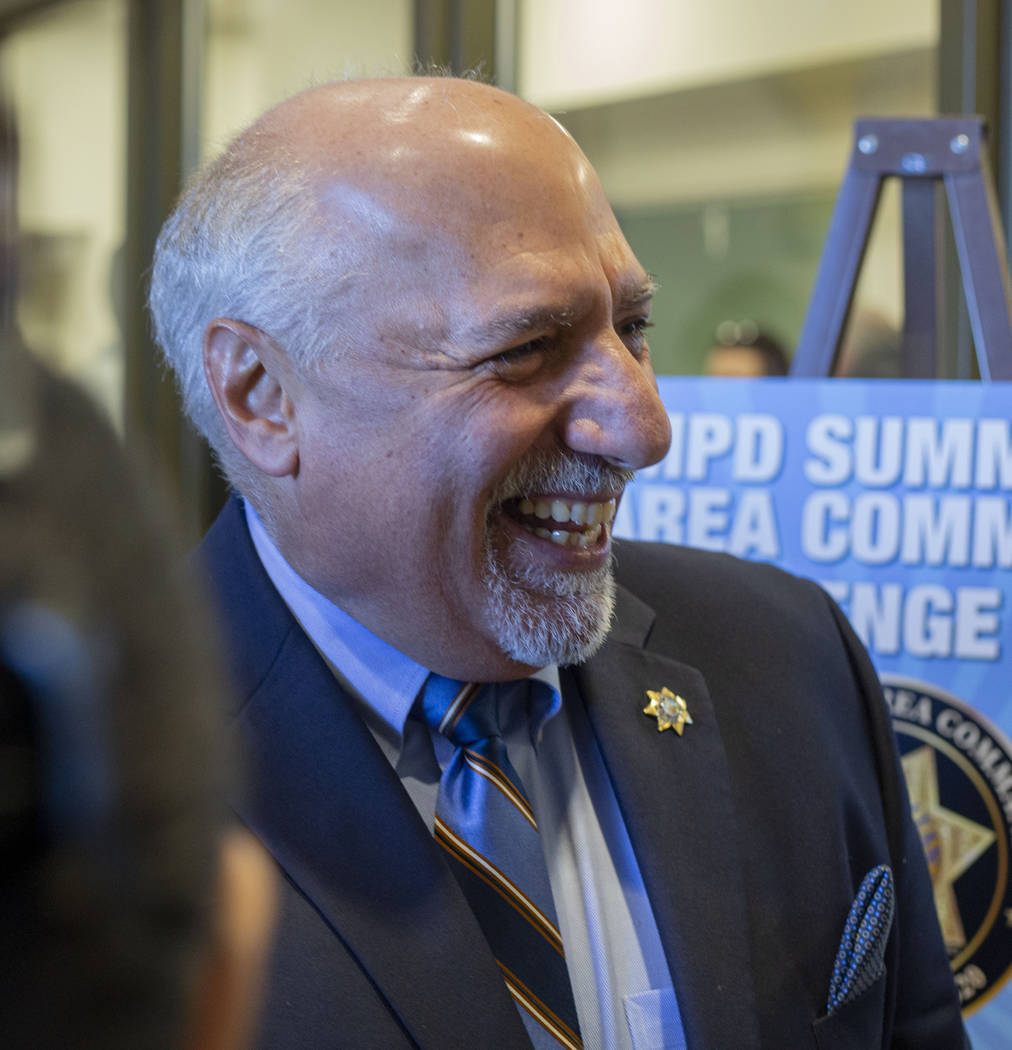 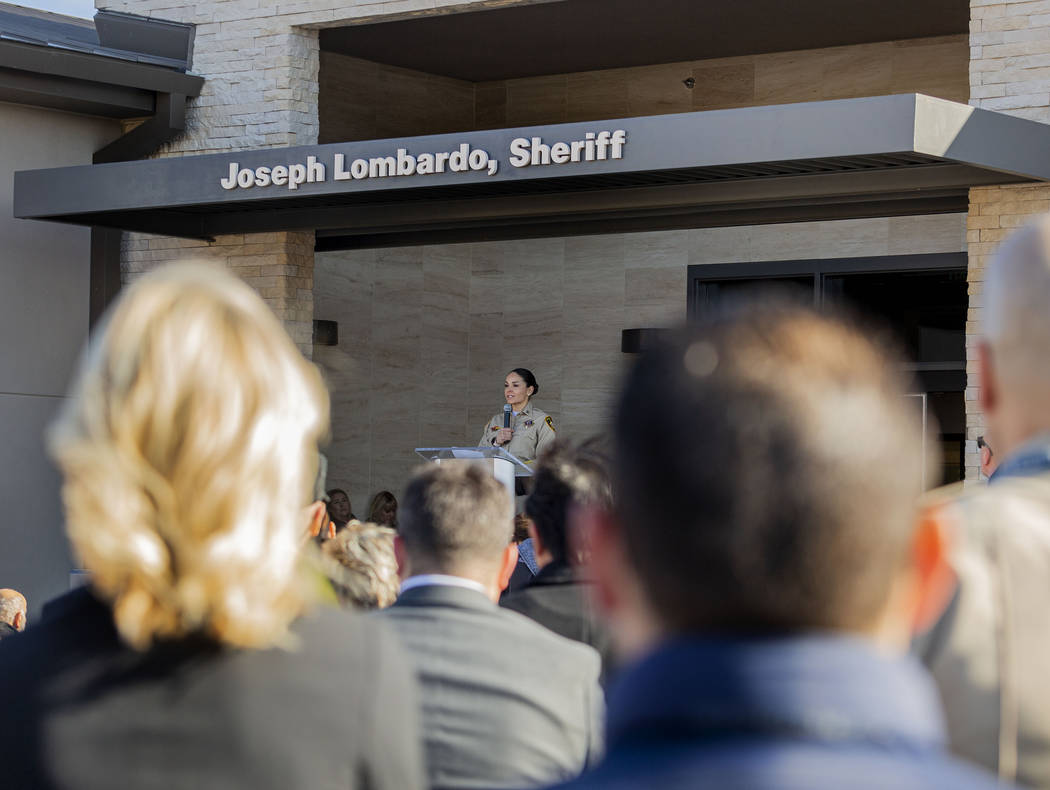 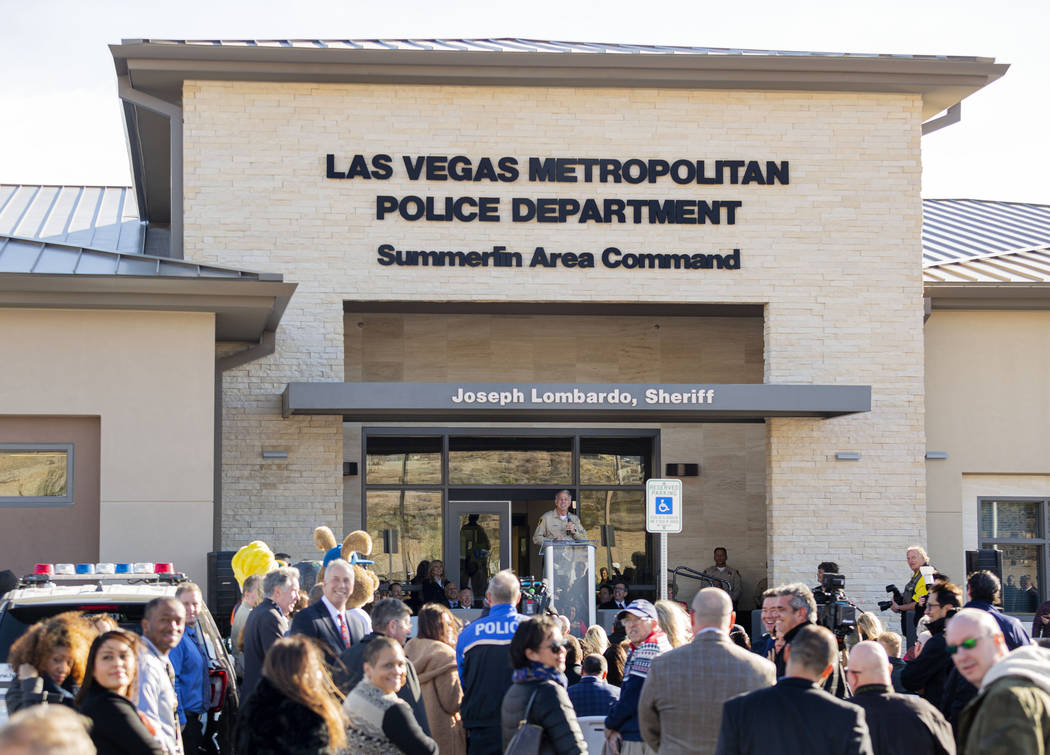 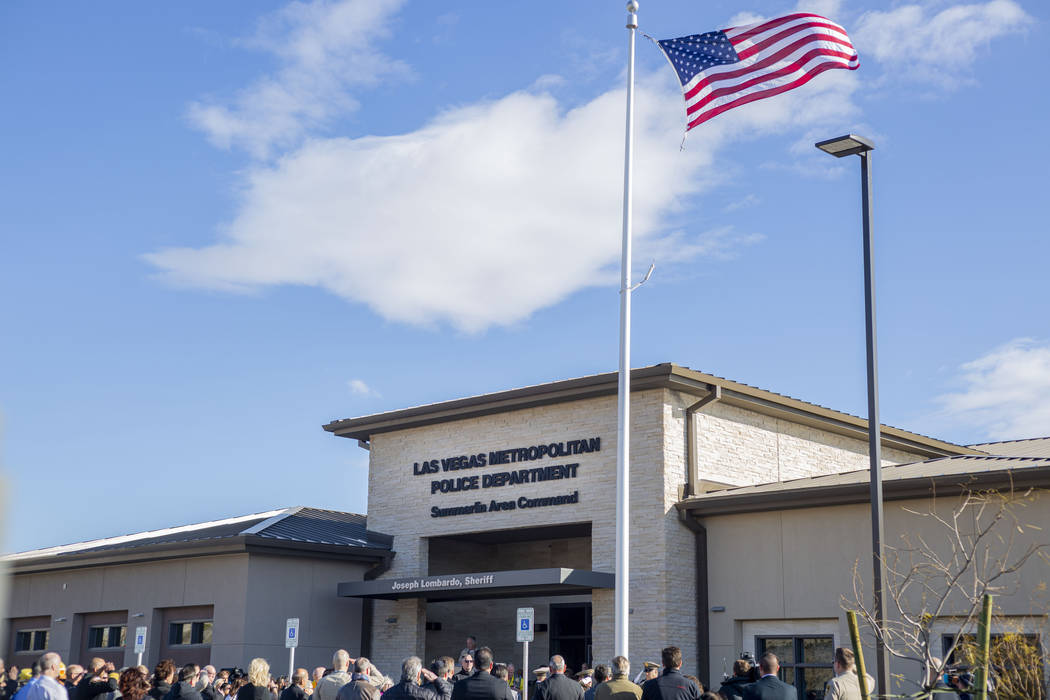 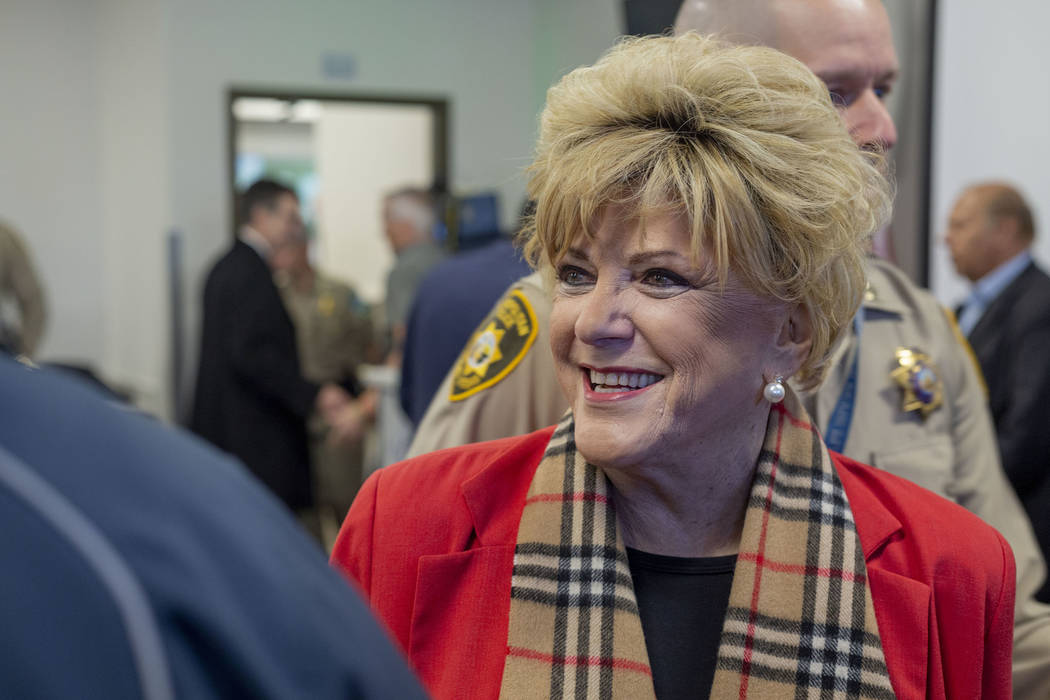 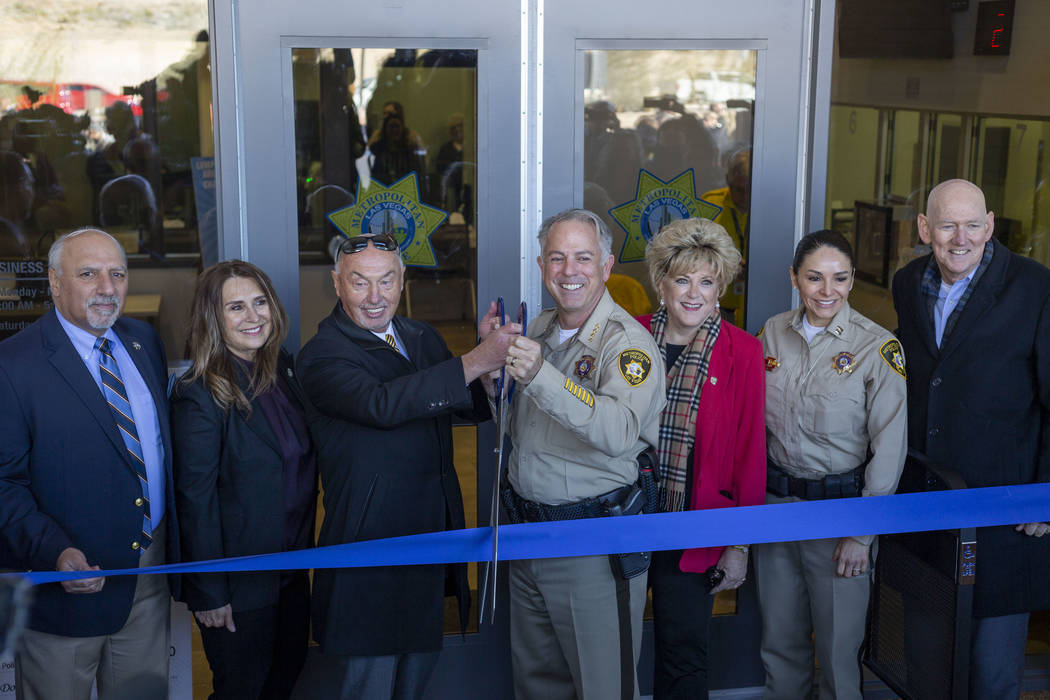 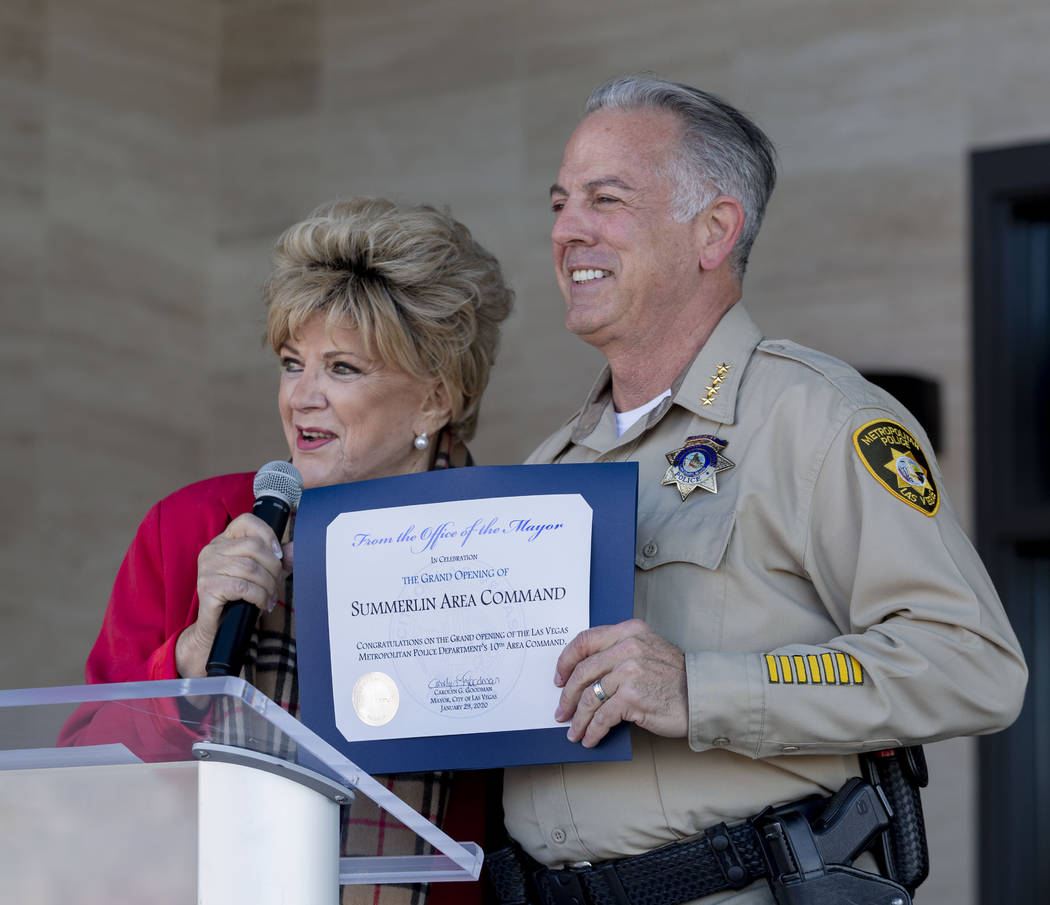 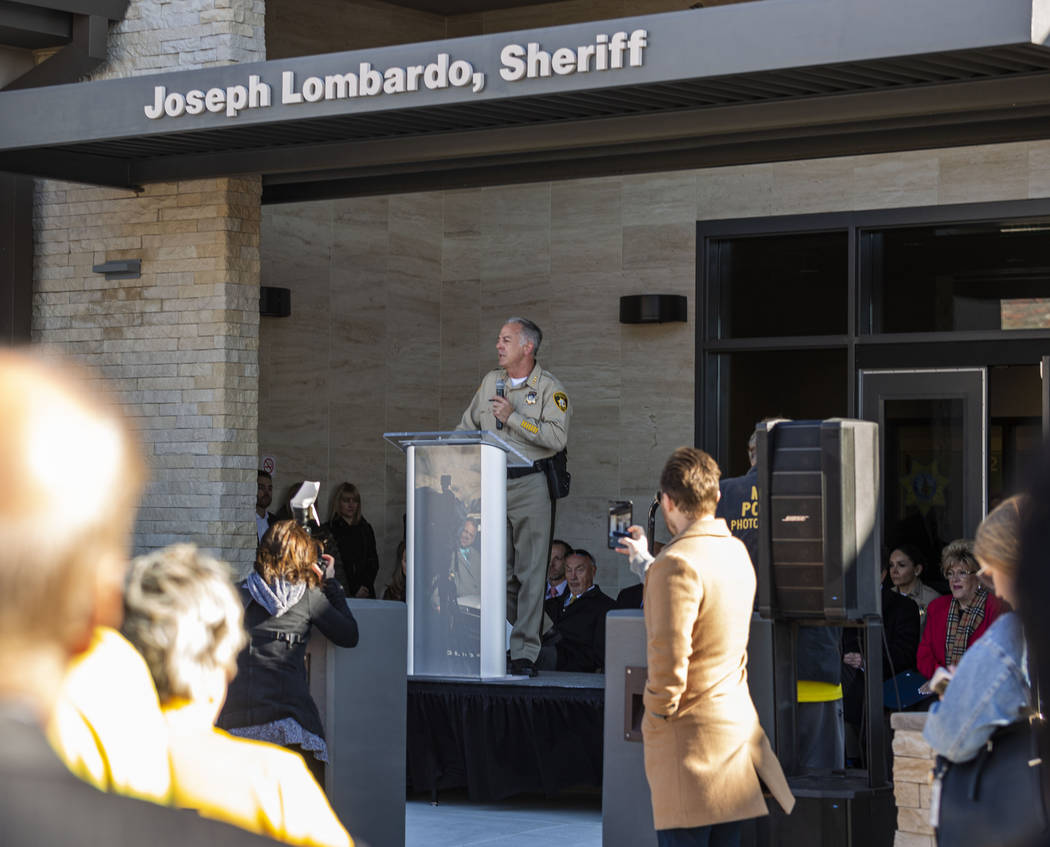 They cut the ribbon last week at 11301 Red Point Drive to formally open Las Vegas’ newest police substation, which is better known as the Summerlin Area Command. Dignitaries spoke optimistically about a sense of purpose within the community, about a positive relationship between police officers and residents, about better understanding of community needs by Metro and how the public benefits from those needs.

In short, everything about the opening of the city’s 10th police substation was upbeat, including the fact that while it stands alone at present in an expansive desert along the western rim of the Las Vegas Valley, with a magnificent view of the foothills of Red Rock Canyon, residential home developers and their shovels are already in close proximity.

That doesn’t mean the 166 cops and 15 civilian employees attached to the substation are no longer involved in chasing robbers. On the contrary, their presence not only makes Summerlin more safe and secure, it provides residents and businesspeople with a tangible sense of protection they’ve been anticipating for almost five years.

What that means is simply this: Summerlin has arrived as Las Vegas’ newest in-place. And the presence of more police officers to implement that tangible sense of protection has never been more apparent. Indeed, anyone who has shopped or enjoyed the restaurants and entertainment facilities in Downtown Summerlin can well attest to that.

Sheriff Joseph Lombardo, who heads the Metropolitan Police Department and whose name adorns the entrance to the 23,308-square-foot substation, referred to the facility as a promise kept and the latest fulfillment in the most successful master-planned community in America.

The promise Lombardo spoke of is the commitment Hughes Corp. made to Metro, consisting of its donation of 4.75 acres of real estate as well as the cost of planning and construction of the site. Tom Warden, senior vice president of community and government relations for Hughes, put the total cost at somewhere in excess of $10 million.

Mayor Carolyn Goodman called the location “the most beautiful spot in Southern Nevada.” Having recently returned from a conference of big city mayors, Goodman spoke proudly of the achievements of Las Vegas’ first responders and their national reputation for community outreach.

The mayor said that “what The Howard Hughes Corp. has brought to Las Vegas is exceptional,” then singled out Capt. Sasha Larkin, Metro’s officer in charge of the Summerlin Area Command, for her contribution over the years to community outreach.

Lombardo, speaking earlier, noted that Larkin “has done a great job until now,” adding he was confident “she’ll do a great job here.”

Larkin, who moved over from heading the Northwest Area Command at 9850 W. Cheyenne Ave. to the Summerlin substation, which is responsible for covering an area of 70 square miles, spoke thankfully of her new assignment. She also thanked Lombardo “for being such a strong supporter of women.”

The new substation is responsible for covering 100 percent of the Summerlin section of Las Vegas, an area that previously had fallen under the responsibility of three other precincts.

“Vision followed by action is what Sheriff Lombardo had a few years ago when he first met with The Howard Hughes Corp. to discuss plans for this site,” Larkin said. “The sheriff also had the foresight to hire more cops.”