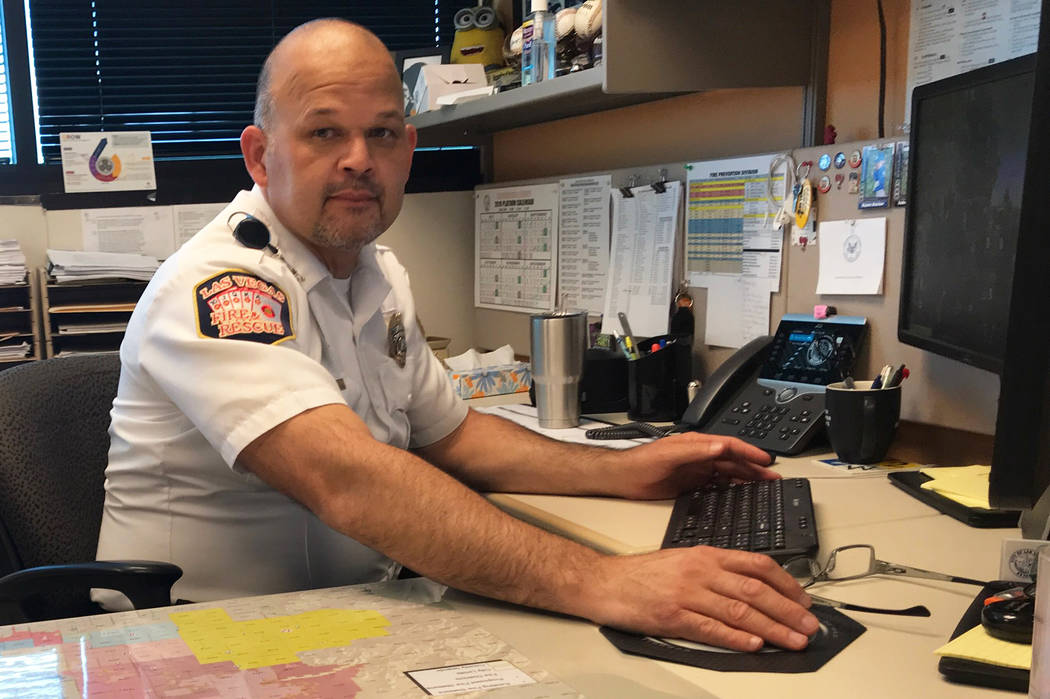 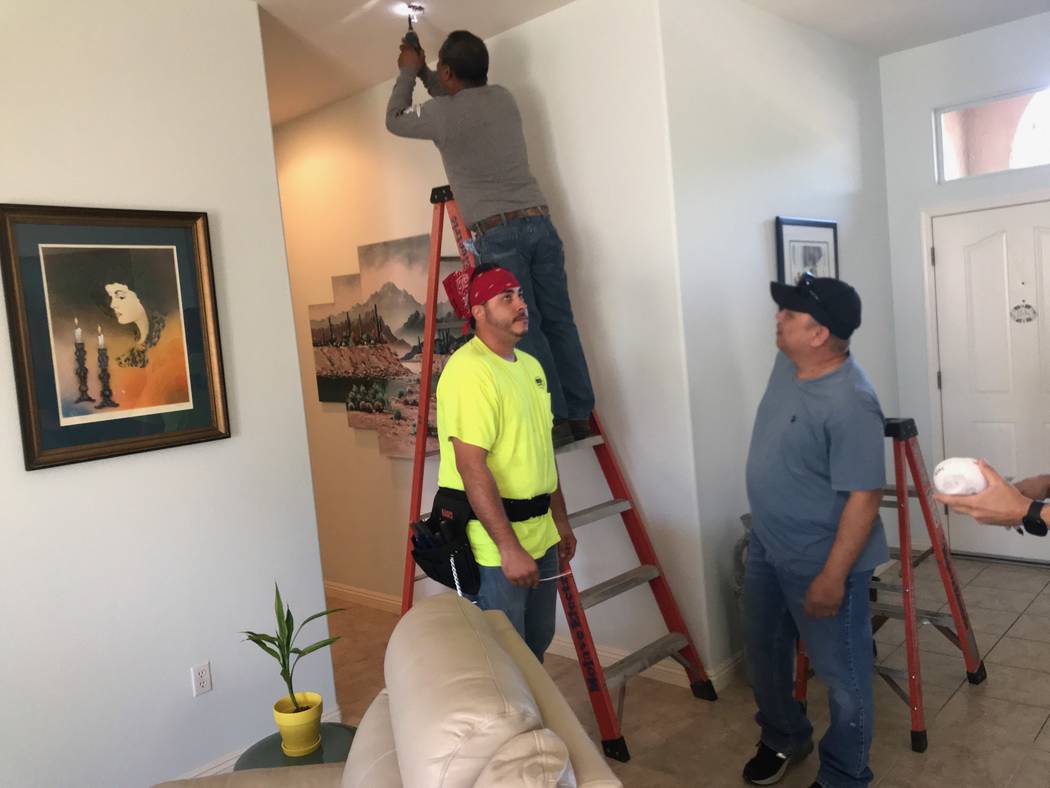 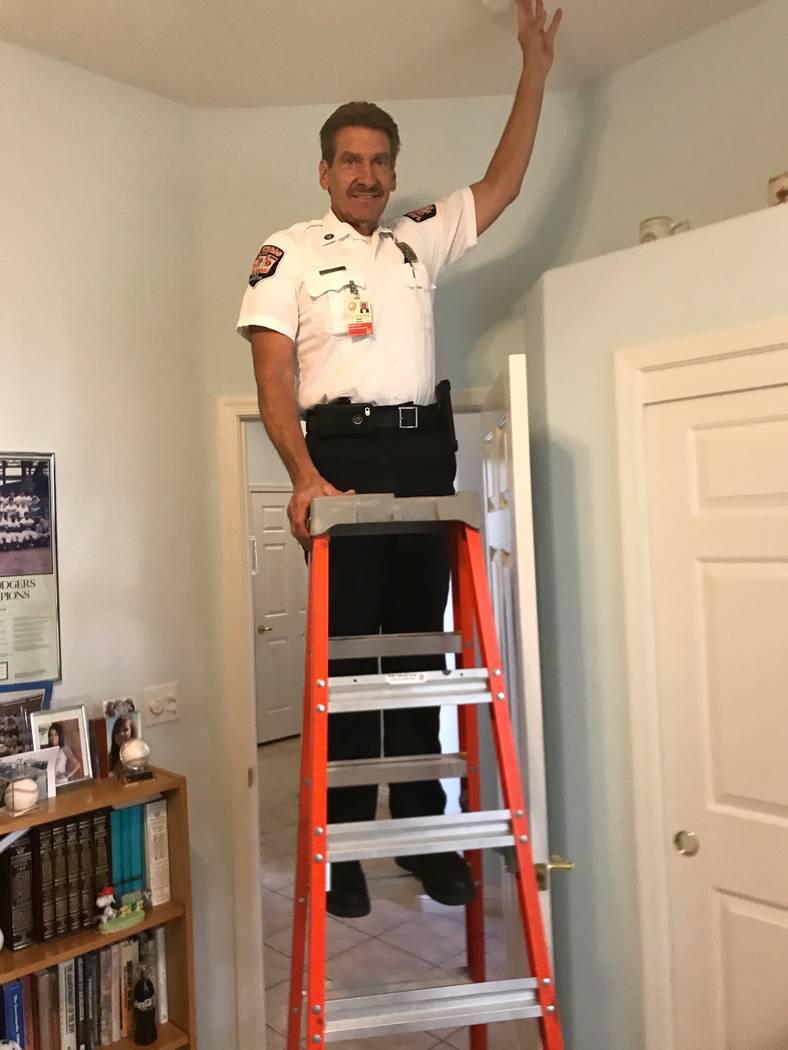 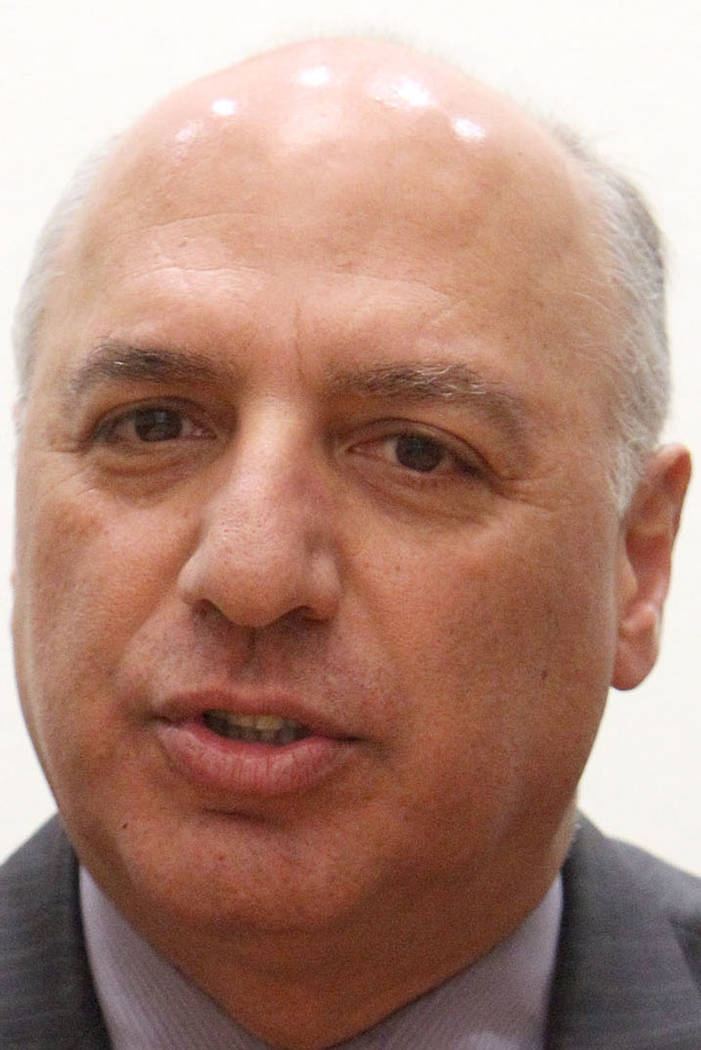 The prototype for what may become the most innovative program of home fire protection in America may have been unveiled in Sun City Summerlin on a recent Saturday morning.

It began when an estimated 30 individuals, all dedicated to a serious purpose, trooped into my home. And the meager 10-cup pot of coffee my wife, Fran, had prepared in advance was hardly a match for the early-morning crowd.

Las Vegas City Councilman Stavros Anthony was followed by a group of fire inspectors from the Las Vegas Fire Department; a crew of licensed certified electricians from Mojave Electric; representatives of IBEW, the electrical workers union; and members of the Sun City Security Patrol.

One additional group represented that morning was the newly formed Sun City Summerlin Neighborhood Preparedness Team. They’re the folks responsible for bringing not just this crowd together, but many others as well that day, all of whom had volunteered their services on their day off.

But the task at hand was that important. After all, they would be pioneering a new program for 45 other homes in Sun City that day, homes like ours that for a nominal $100 would receive installation of the most state-of-the-art, battery-generated smoke alarm and carbon monoxide detection systems anywhere.

That’s wasn’t all. Accompanying replacement of the old alarms by licensed electricians was a home-safety walkthrough and some invaluable advice on protection from a fire department inspector.

And if the program that day was successful — which by every indication it turned out to be — it marked the beginning of similar Saturday morning programs once a month, and eventually twice a month, that could continue indefinitely in the nearly 7,800-home senior community.

“The $100 which a resident pays for the entire program doesn’t even come close to covering just the cost of replacing the old smoke alarms,” said Barbara Holden, who, together with Ellen Greenspan and Erik Braun — all Sun City resident volunteers — serve as NPT’s leadership.

It was Holden, in addition to Rick Rozier, the city’s deputy fire marshal, and Sun City Executive Director Mitzi Mills who designed the concept for the fire protection program.

Rozier explained how the idea expanded from an earlier program introduced by the fire department to replace smoke alarms.

“We were getting a lot of 911 calls from Sun City residents about their smoke alarms,” Rozier said. “In many cases their alarms were just not working.

“After all, some homes in Sun City were built 30 years ago,” he continued. The Del Webb Co., which developed Sun City, built the last house in the community more than 10 years ago.

“But then you have to consider the fact that smoke alarm technology normally has a 10-year lifetime,” noted Rozier. “So now you can understand what’s been happening.

“I set up a meeting with Mitzi Mills. She brought in Barbara Holden. We had more meetings. I made a few phone calls and got responses from some electrical contractors who agreed to donate their services,” he explained.

Fire inspector Zach Collins said he has commitments to the program from eight electrical contractors. The next “blitz,” as NPT refers to the mass installations of smoke alarms, is scheduled for Sept. 18.

If Rozier is successful in his quest to make the National Fire Protection Association fully aware of the program’s attainment, it will become the nation’s newest model for home fire protection.

“I think NFPA will find this program intriguing,” Rozier commented.