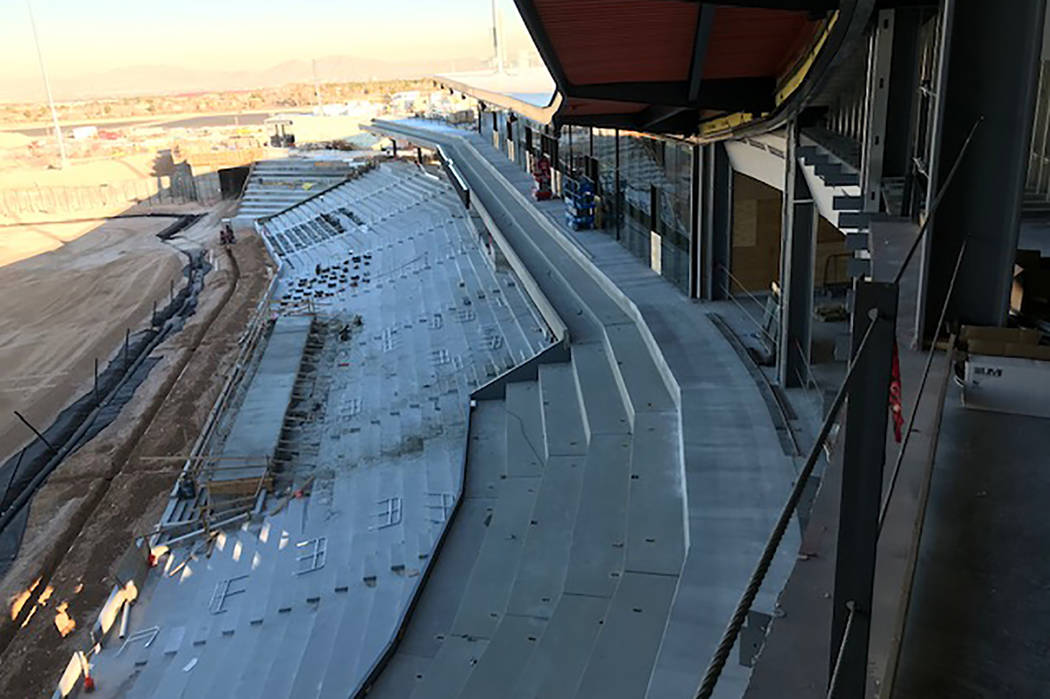 The first-base side of the under-contruction Las Vegas Ballpark. (Herb Jaffe) 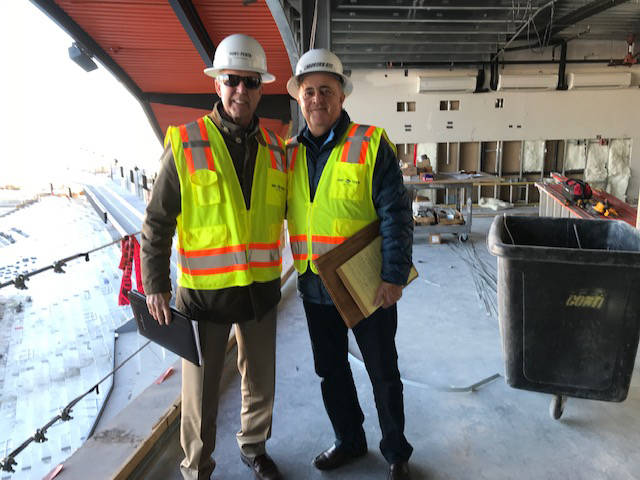 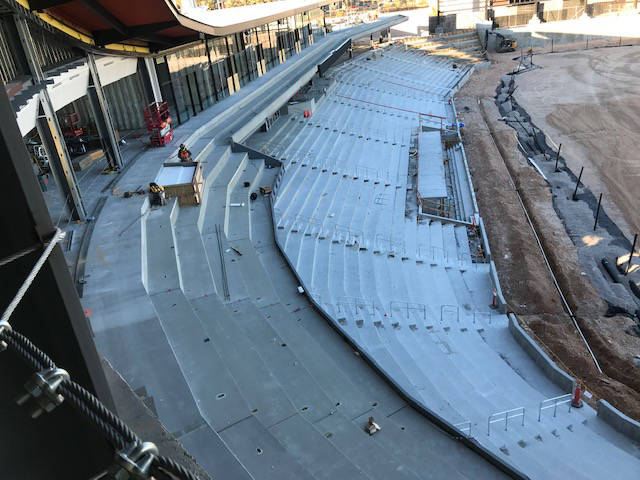 The third-base side of the under-contruction Las Vegas Ballpark. (Herb Jaffe)

If you think you have a grasp of what the $150 million Las Vegas Ballpark will offer to fans of the Aviators (formerly 51s) just because you drive by the site occasionally on your way to Downtown Summerlin, are you ever in for a surprise.

Folks, it took a personal tour, led by Don Logan, president and COO of the triple A Pacific Coast League baseball team, and Tom Warden, senior vice president of community and government relations for Howard Hughes Corp. — which owns the franchise and the ballpark — for the stadium’s many first-rate amenities to sink in.

“It will be first-class, top-notch all the way,” Logan beamed. “Howard Hughes Corp. has spared no expense to make this the most magnificent and up-to-date baseball stadium in any league, anywhere in America,” he added.

Indeed, Logan, who is embarking upon his 36th season with the franchise, should know that well after his travels. “I have been to every major league and triple A baseball stadium in the country, with the exception of the Miami Marlins. We’re incorporating some of the most outstanding features that I saw in those ballparks, and then some.”

That will include the most brilliant lighting anywhere for night games and the 20th-largest scoreboard of any baseball stadium. “The scoreboard will be the center of attraction, and we’ll have a sound system second to none,” Logan said.

The tour took us through three levels, beginning with the suites deck at the top, which will include spacious media facilities. There will be 22 private suites ranging from 20 to 60 seats in each, including one suite that will adjoin a patio area capable of seating up to 300 for parties or picnics.

The main level, or the concourse, will have 360 degrees of walkway, including two stadium entrances from the outfield that will adjoin a 14-acre parking area with 2,700 spaces.

“We’ll also have lounges, plenty of restrooms, a swimming pool for adults and kids, and picnic areas,” Logan noted.

The lower level, leading to the dugouts, will have vast locker rooms, separate weight rooms and training rooms, player lounges and batting cage areas for each team.

And while a clock in the site’s construction trailer ticks down the deadline for the stadium’s completion — including the day, hours, minutes and seconds — nearly 1,000 workers a day are busily making sure that the Aviators will open this “rags to riches” baseball edifice in time for the team’s opening night on April 9 against the Sacramento River Cats.

If you’re familiar with Cashman Field, where the Las Vegas team played for 36 years until the close of last season, then you know why the old stadium was the near-unanimous choice among baseball officials, players and fans as the most archaic ballpark in America.

But you need to understand how it all began before you can fully appreciate Las Vegas Ballpark once it has been completed. And Warden filled in the major pieces of that story.

He explained how eight years ago he, Logan, Larry Brown and Kevin Orrock met for dinner one night at Vintner Grill in Summerlin. Brown, who has succeeded Gov. Steve Sisolak as chairman of the Clark County Commission, holds an executive position with the team. Orrock is the president of Summerlin for Howard Hughes Corp.

The purpose of the get-together was to discuss what to do about Cashman Field. But by the time dinner was over that night “the plan to build this new stadium had been hatched,” Warden smiled.