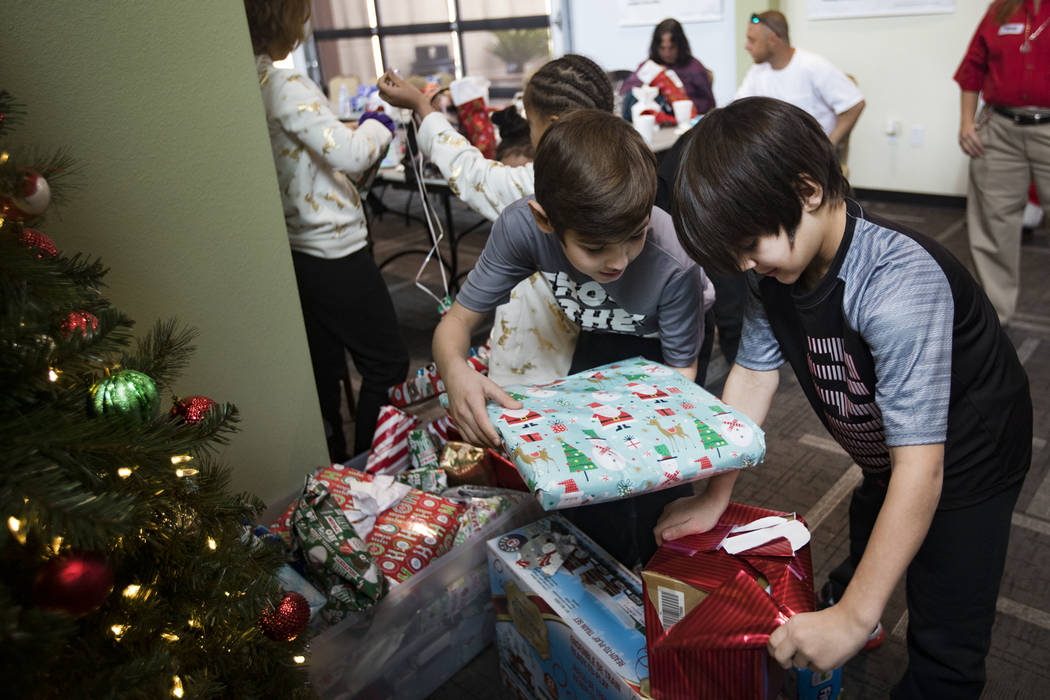 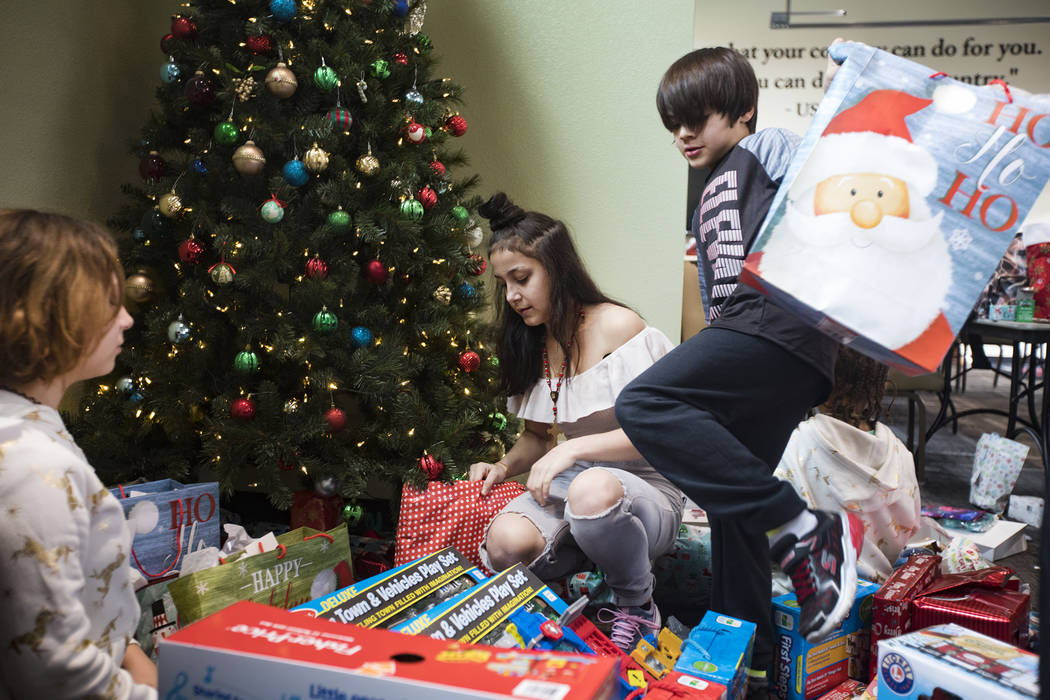 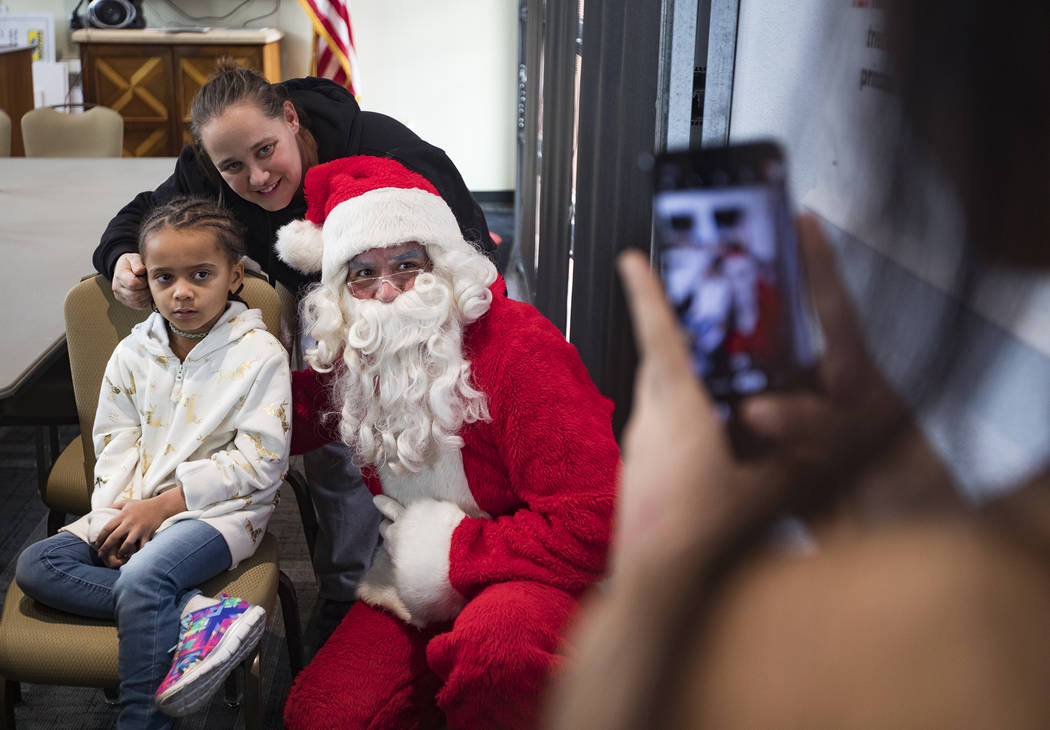 Maya Rodriguez, 7, left, and her mom Michelle Rodriguez, center, both survivors of the Alpine Motel fire, take a photo with Santa Claus at SHARE Village Las Vegas in Las Vegas, Tuesday, Dec. 24, 2019. SHARE Village Las Vegas provided a meal and gifts for a meet-and-greet with Santa Claus for the survivors of the motel fire and their children. (Rachel Aston/Las Vegas Review-Journal) @rookie__rae 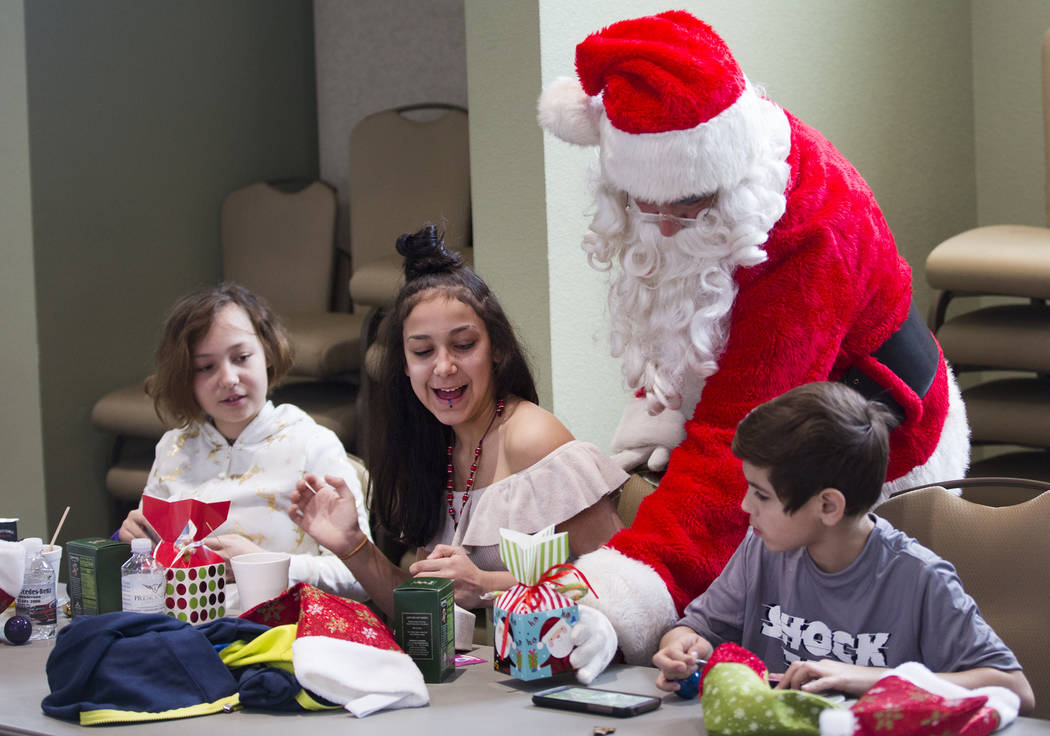 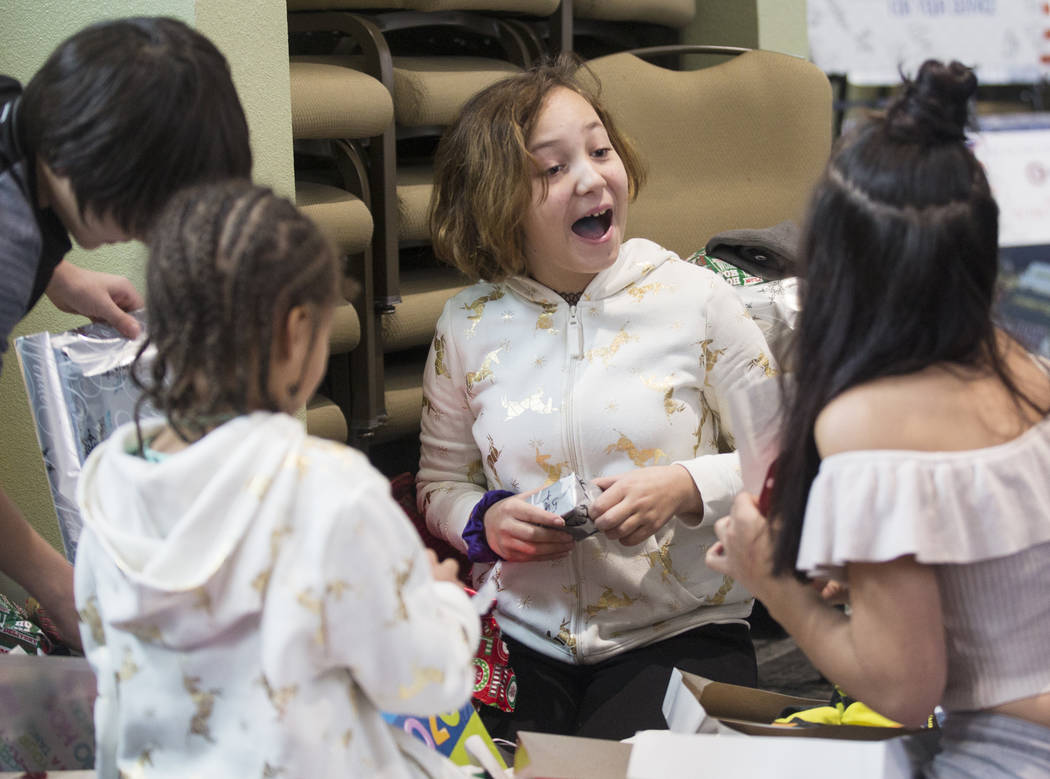 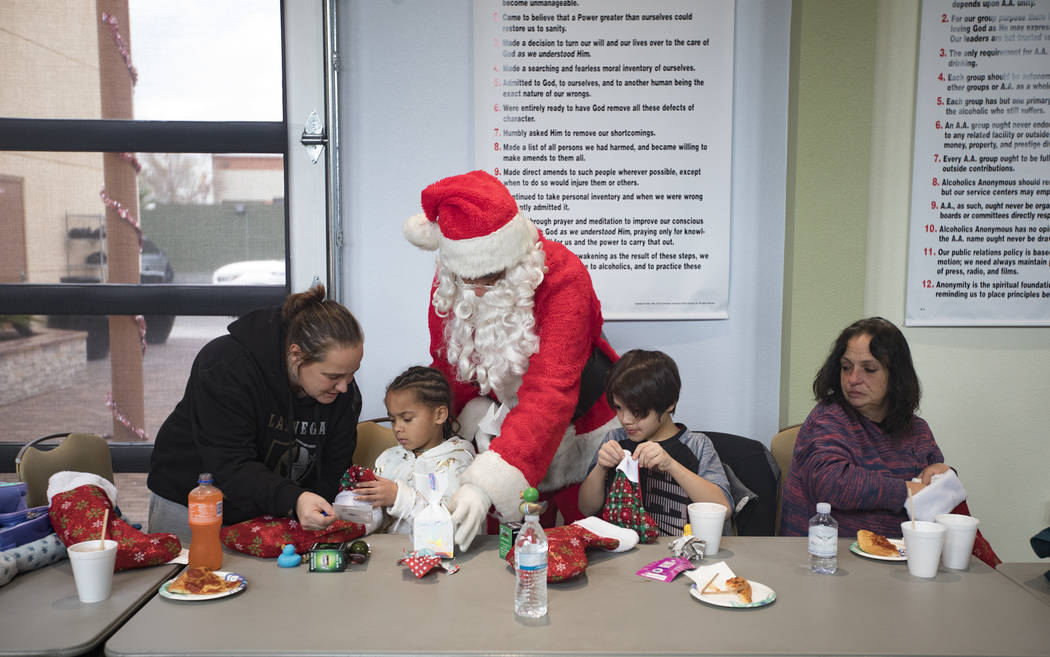 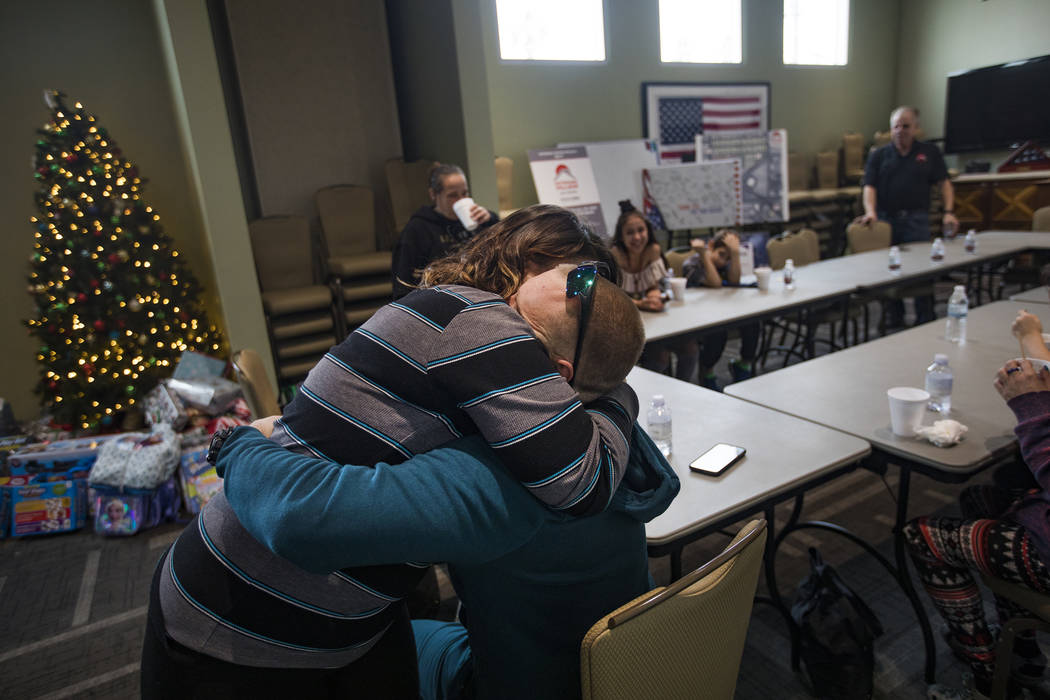 His older sister and cousins behind him survey with excitement the slew of presents by a festive tree.

“This right here, this is what Christmas feels like,” said Tony Sipich, dressed like Santa Claus and gesturing toward the children.

Only three days earlier the mood was decidedly more tense for these kids, who represent a handful of the at least 50 people displaced by the deadly Alpine Motel Apartments fire on Saturday.

But the nonprofit SHARE Village Las Vegas, formerly Veterans Village, sought on Tuesday to restore a sense of normalcy for two extended families inside their facility on North 21st Street. It worked with the American Red Cross to identify people in need and organized the event last minute on Monday, according to founder and president Arnold Stalk.

“By the grace of God, we were able to provide gifts, food, a Santa Claus and something to make their Christmas a little brighter, because they are very obviously really traumatized right now,” Stalk said.

The families, with five children between them, were ushered to the facility by limousine and offered Little Caesar’s Pizza, candy canes, cupcakes and other goodies.

Michelle Aikens, the mother to two of the children and aunt to three others, celebrated her 29th birthday with a cake and some relief.

“I still haven’t processed everything. I’m taking a lot more time,” she said. “But I have (my family), that’s all that matters.”

Aikens said she lived on the complex’s second floor and her sister lived two doors away. She was at work when her husband called to say the building was burning. He heard fire alarms go off. Maintenance man Don Bennett knocked on their door to alert them. Bennett and the five other victims who died in the fire were identified by the Clark County coroner’s office Tuesday.

Aikens said a friend went into the building to save her 8-year-old son, Michael. Her husband broke his leg during the blaze.

Asked about long-term plans, Aikens said it was in her nature to think far ahead: “I’m not moving into an apartment. I know that much.”

Stalk agreed that the blaze had underscored the need for affordable housing in the city. He said that SHARE Village Las Vegas, which announced plans Monday to expand its affordable housing units, had also put in an offer to purchase the Alpine Motel Apartments.

The plan, he added, is to either gut the building and rehabilitate it or to tear it down and replace it altogether.

Officials continue to investigate the fire, which also injured 13 people. District Attorney Steve Wolfson said Tuesday that it was being handled as a criminal probe but that it did not necessarily mean that criminal charges would be filed.