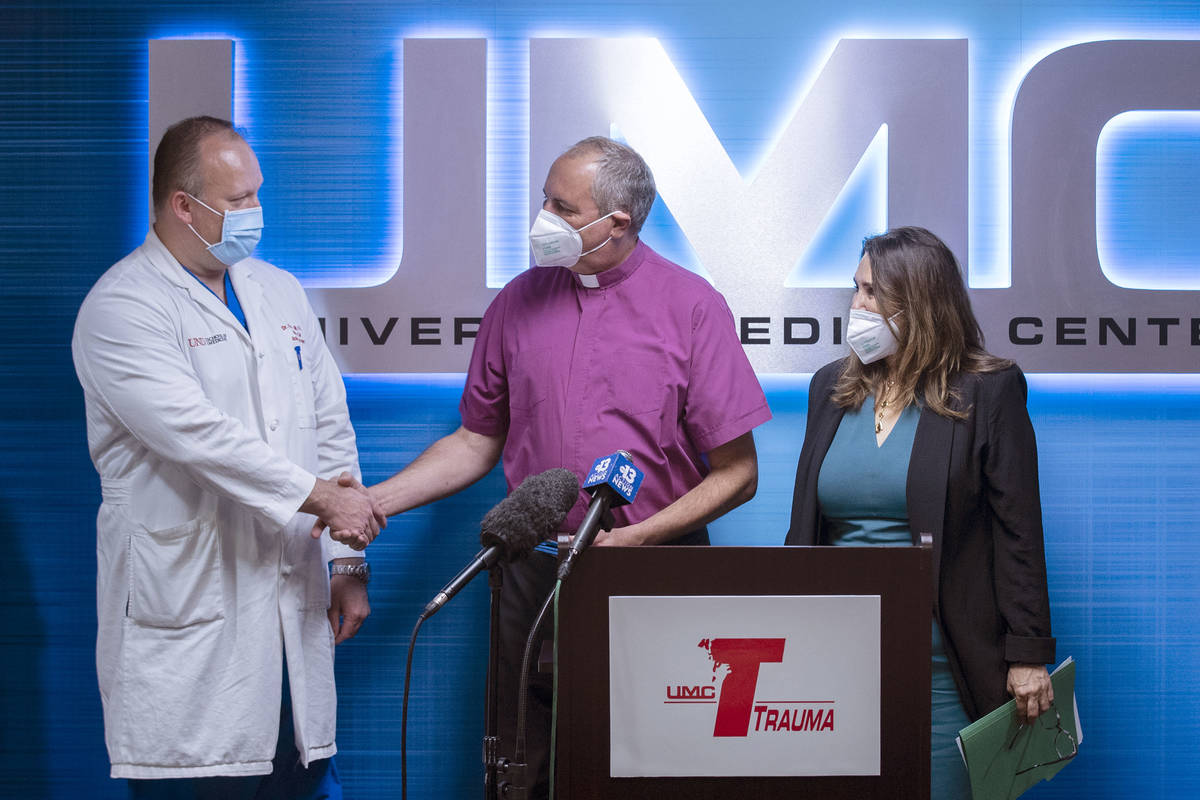 The Rev. Russ Smethers, center, a local pastor who was stabbed 21 times on March 8, shakes hands with his doctor, Douglas Fraser, as Las Vegas City Councilwoman Victoria Seaman looks on during a special event on Tuesday, July 13, 2021, to recognize the care provided to Smethers at University Medical Center in Las Vegas. (Bizuayehu Tesfaye/Las Vegas Review-Journal) @bizutesfaye 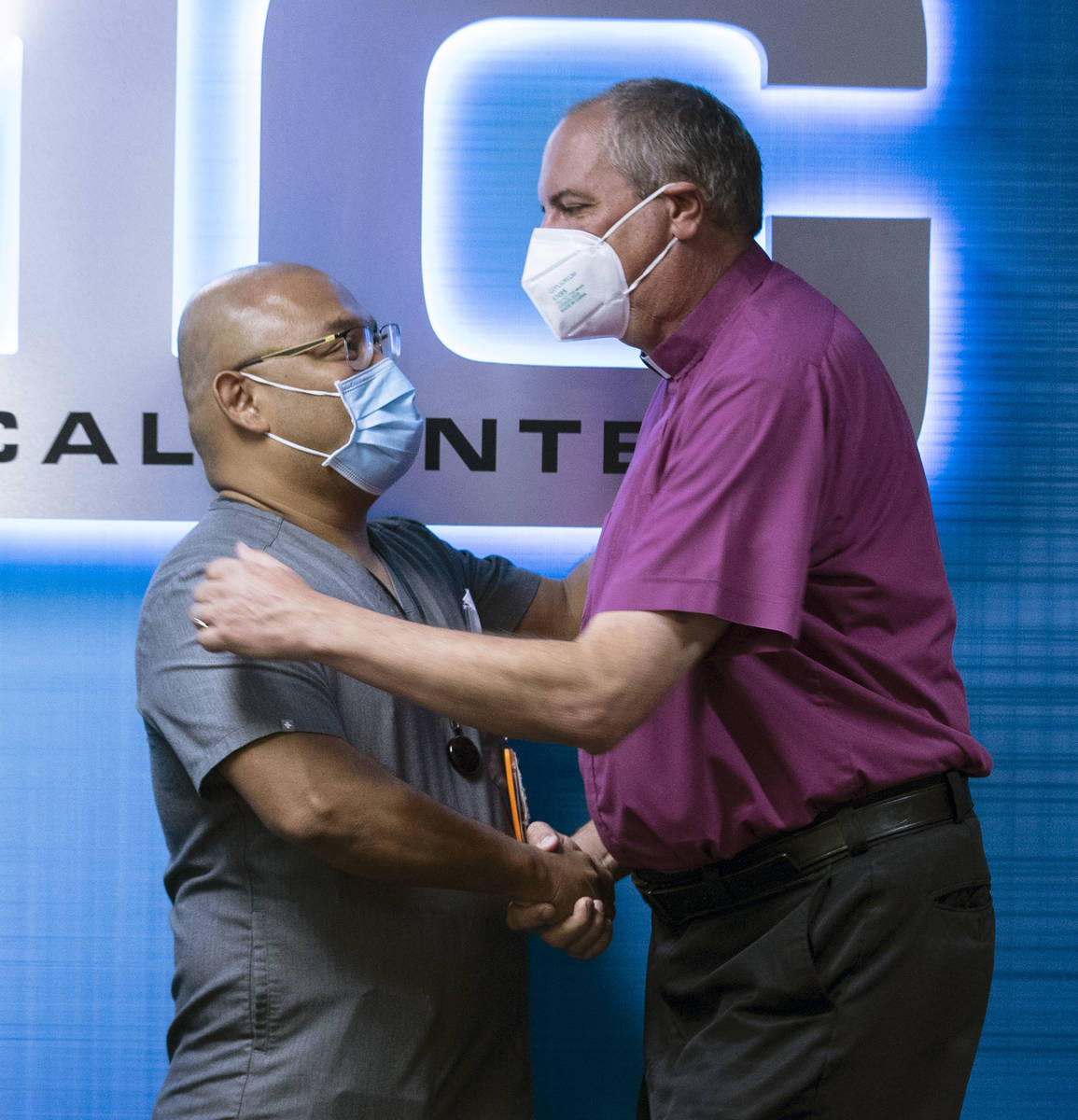 The Rev. Russ Smethers, right, a local pastor who was stabbed 21 times on March 8, shakes hands with Mark Cabigon, a register nurse, during a special event on Tuesday, July 13, 2021, to recognize the care provided to Smethers at University Medical Center in Las Vegas. (Bizuayehu Tesfaye/Las Vegas Review-Journal) @bizutesfaye 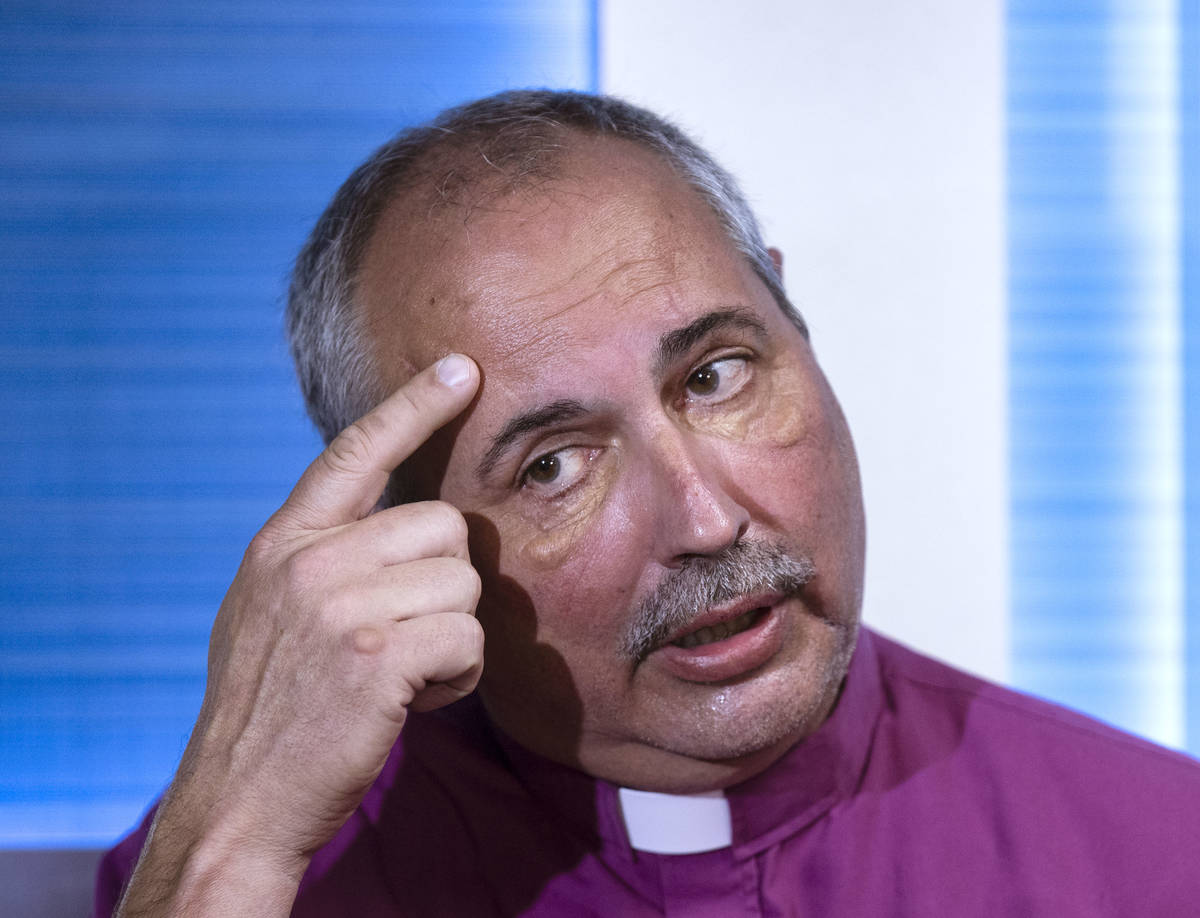 The Rev. Russ Smethers, a local pastor who was stabbed 21 times on March 8, shows a wound during a special event on Tuesday, July 13, 2021, to recognize the care provided to Smethers at University Medical Center in Las Vegas. (Bizuayehu Tesfaye/Las Vegas Review-Journal) @bizutesfaye 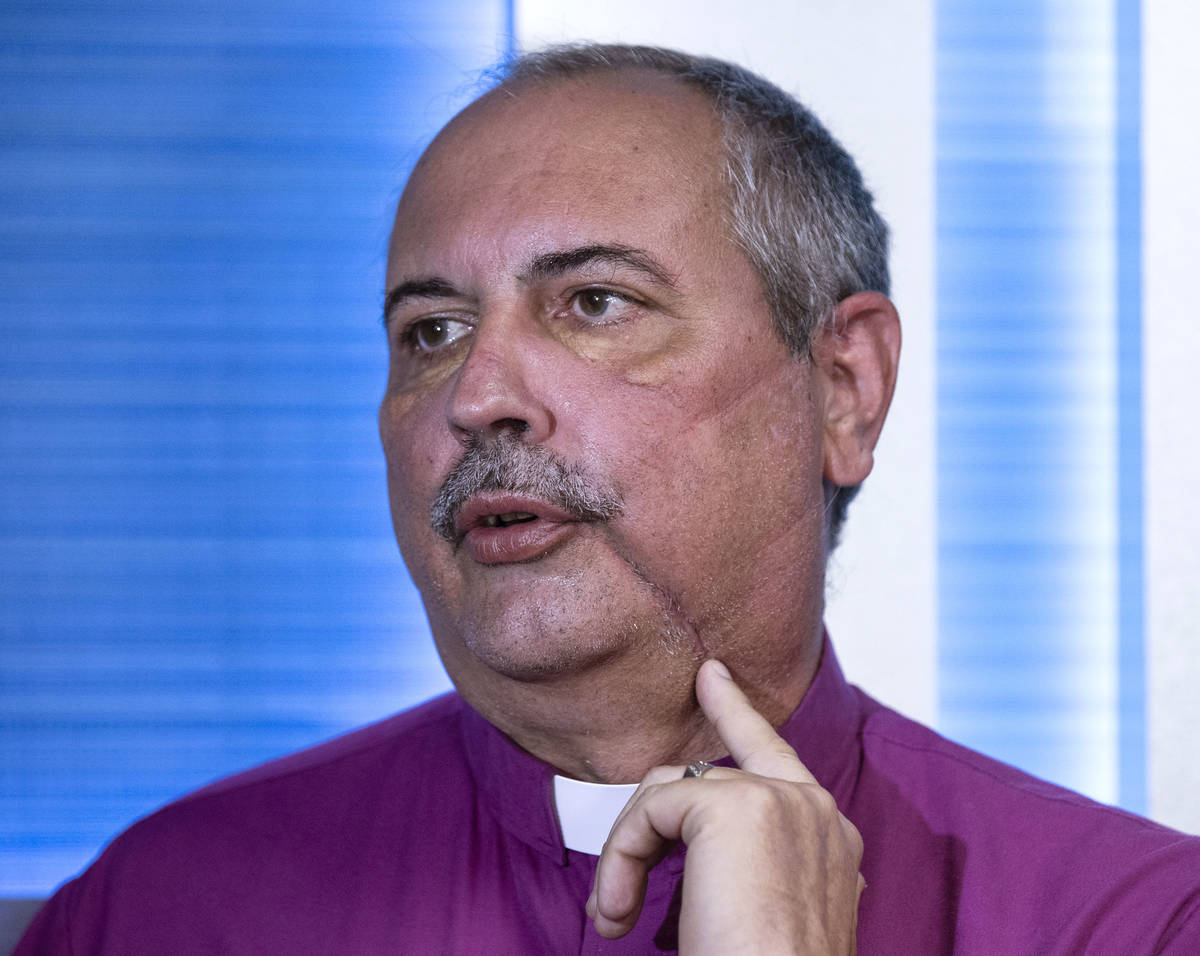 The Rev. Russ Smethers, a local pastor who was stabbed 21 times on March 8, shows a wound during a special event on Tuesday, July 13, 2021, to recognize the care provided to Smethers at University Medical Center in Las Vegas. (Bizuayehu Tesfaye/Las Vegas Review-Journal) @bizutesfaye

The Rev. Russ Smethers was bleeding in the street when he fully understood the seriousness of his situation. He soon became self-aware again in a trauma room next to metal tables and under hospital lights.

“This is real, you know, and everybody’s saying, ‘You’re going to be OK,’” Smethers said, believing that their repeated assurances, however, could mean he might not be fine after all. “Everything goes through your head.”

Smethers, 54, an associate pastor at Abundant Peace Church, was inside his Las Vegas home when he was stabbed 21 times in March by an assailant wielding a butcher knife. After five days spent at University Medical Center’s trauma center, and multiple surgeries, Smethers is remarkably well on the road to recovery.

“I shouldn’t be here,” he said. “God’s will put me here and put the skill into the hands of the doctors and nurses so that I could be here.”

Smethers shared his harrowing experience Tuesday inside the trauma center, where Las Vegas Councilwoman Victoria Seaman presented a certificate of recognition to the hospital, on behalf of the council, for saving Smethers’ life.

“While we are here today to recognize your heroic action in one particular case, we know that you are here every day saving lives and serving the community,” Seaman said, joined by surgeons, nurses and other hospital staff.

“It was someone we knew, and out of nowhere, he came out with a butcher knife and started whaling,” Smethers said about the March 8 attack in his home.

His wife also was there and was able to escape while Smethers fended off the attack. The assailant had been on methamphetamine and was recently sentenced for the crime, Smethers said, choosing not to get into specific details about the perpetrator.

But the attack left Smethers with skull and facial fractures, sliced eyelids, a punctured lung and many stab wounds to his torso. He nearly lost his left thumb, and the tip of the knife was broken off into the right side of his skull, a remnant he now describes as “a souvenir for the rest of my life.”

Smethers joked with paramedics in the street and in the ambulance on the way to the hospital, saying Tuesday that humor had been an important coping mechanism in the immediate aftermath of the attack. He had last been a hospital patient when he was 5 years old with tonsil issues.

“So this was the first time (in a long time), scared to death, and it was like I walked into a family,” he said. “I didn’t know any of these people, and now they’re part of me forever. And it sounds kind of corny and cheesy to say, but it’s the God-honest truth.”

Smethers remembers a surgeon sewing up his facial wounds and later a registered nurse, Mark Cabigon, holding Smethers’ right elbow and right hand, praying over him, as Cabigon would do multiple times throughout Smethers’ stay.

“He says, ‘You’re going to be OK, pastor, we’ve got this,’” Smethers recalled.

Smethers said hospital staff were patient when he did not want to take his pain or sleep medicine, and allowed him to walk the halls in the early morning to pray and meditate.

He said he owed his life to the staff, who showed both skill and compassion, from surgeons to nurses to Dr. David Fadell, who is credited with saving his thumb.

“This is our sole purpose, is to save the lives of those in our community,” Trauma Medical Director Douglas Fraser said.

While Smethers’ physical healing continues to fare well, he agreed that emotional recovery will take longer. He is seeing a psychologist and has forgiven his assailant, who he said he hoped would receive help for apparent addiction and mental health issues.

“I got lucky,” he said. “One, it was not a really good quality knife and, two, the person who did it was a bad aim, obviously. So it could have been a lot worse.”

Smethers said his experience has not shaken his religious beliefs, and he wished it would serve as a reminder to all to show appreciation to first responders.

“I’ve heard of people getting stabbed once or twice and not making it,” he said. “So 21 — I’m not looking for a world record, but that’s all the man upstairs there.” 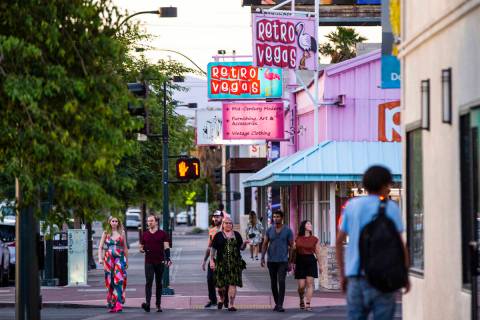 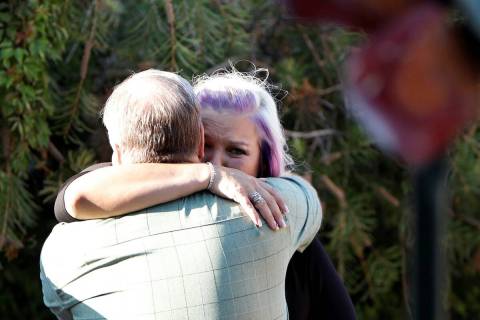 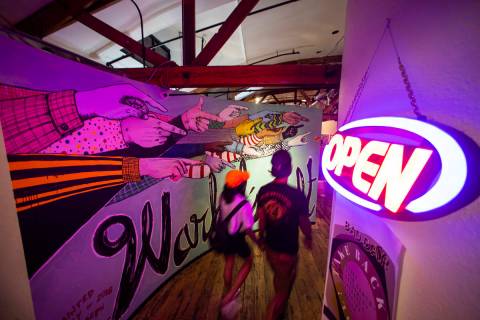 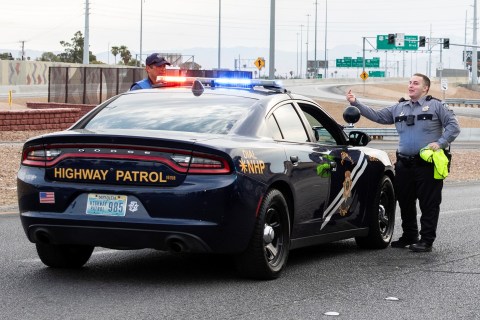 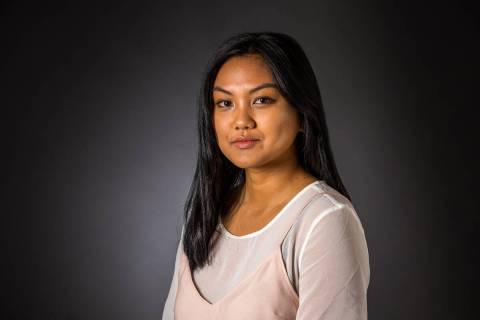 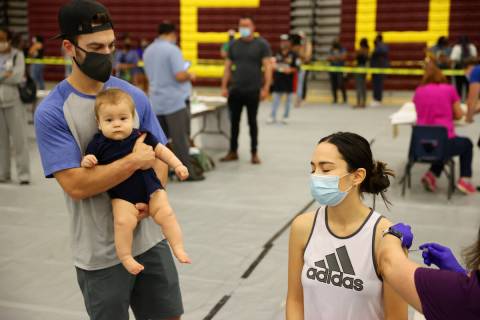 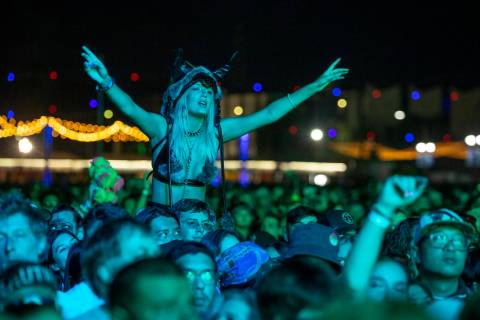 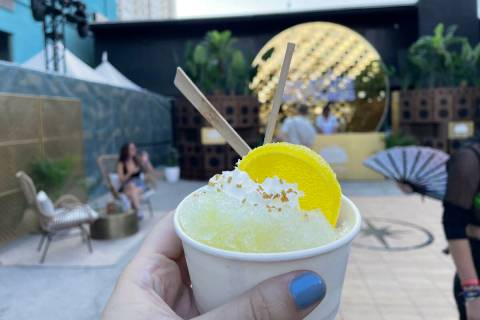 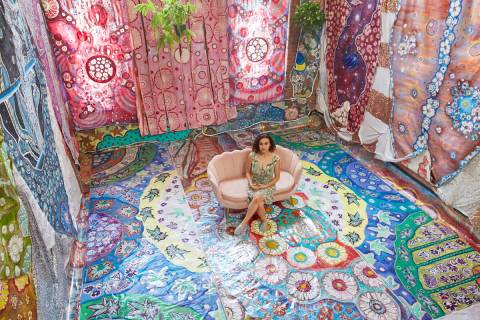 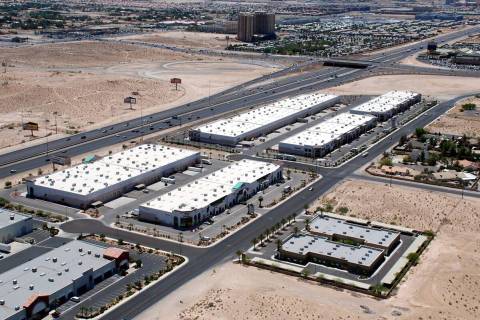