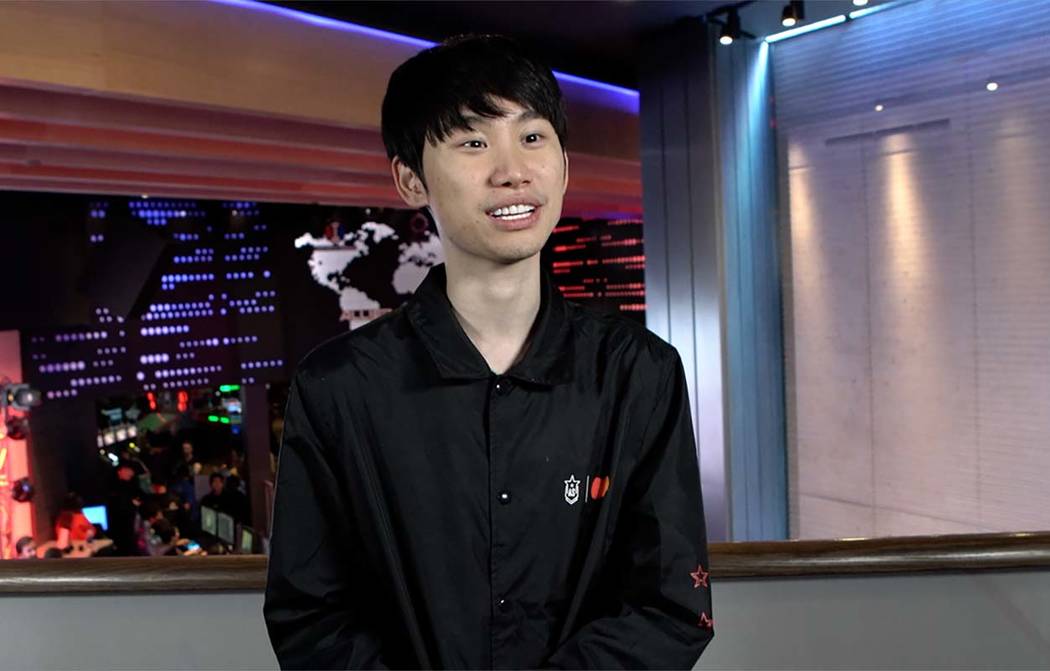 Kim Tae-sang, known as Doinb online, has had a 2019 to remember.

Doinb took part in the League of Legends All-Star Event held Thursday through Saturday at the HyperX Esports Arena at the Luxor.

“You can share the same games and play games with players from different leagues,” Doinb said. “It’s really funny and a good time for me.”

But Doinb’s spectacular year was almost over before it began.

Doinb had played LoL professionally since 2014 when he joined LoL’s secondary pro league, but he was felt ready to walk away from the game. He had competed with Rogue Warriors throughout 2018, but the squad failed to qualify for the World Championships. A mix of self-doubt and health problems threatened to derail a promising career.

“I wanted to retire last year because I felt really bad,” Doinb said. “My heath condition was really bad.”

He also wasn’t sure he wanted to continue to keep up the commitment required to compete at the highest level. His professional career had nearly come to an end. That’s when his wife, Li “Umi” Youzi, stepped in.

“She really helps me out a lot. She knew that pro players, they don’t really have many years to be a professional,” he said.

A second reason Doinb had been considering retiring was “to accommodate her more and more. But, he said, it was his wife who encouraged him to keep playing. “ That’s the main reason I wanted to play for another year.”

Doinb joined FunPlus Phoenix, and the wheels were in motion toward a perfect end to the year – and maybe a career.

FPX started the season off strong, winning the LPL Spring and Summer splits with ease. The team put on a similarly impressive performance at worlds, defeating the defending champions in the semifinals and the European team G2 in the finals. Doinb won his first world title and proved he belonged among the world’s best on LoL’s biggest stage.

The question remains what comes next. After winning the world title, Doinb said he was considering retiring. It appears his post retirement plans haven’t been set in stone just yet.

“I might stay in China after retirement,” Doinb said. “Maybe as a coach or plans I haven’t decided yet.”

If this is the end to his professional career, Doinb can walk away knowing he accomplished the last great task on his list, a world title, and knowing that LoL has given him more than just a title.

“I’ve met some good friends (playing LoL),” he said. “(I also met) the most important person, my wife. I weren’t playing this game, I wouldn’t have met my wife. I’m really appreciative of that.”

The all-star event at the Luxor was a way to thank players and fans for a great year.

“At the end of the day, this is meant to be a big celebration for the entire year,” Matt Archambault, head of esports partnerships and business development for Riot Games, said. “This is the culmination of everything that has happened this year and a celebration for the fans and the players that supported us.”

Since it began professional tournaments in 2011, the game has grown in popularity and size, with 13 regional leagues competing in 2019.

The 2020 season will be League of Legends’ 10th professional season and fans can expect the game to continue to get bigger and better, he said.

“Next year will be our 10th year,” Archambault said. “We want to push the envelope. We want our opening ceremony to be better than the Super Bowl, better than some of these spectacle events.”