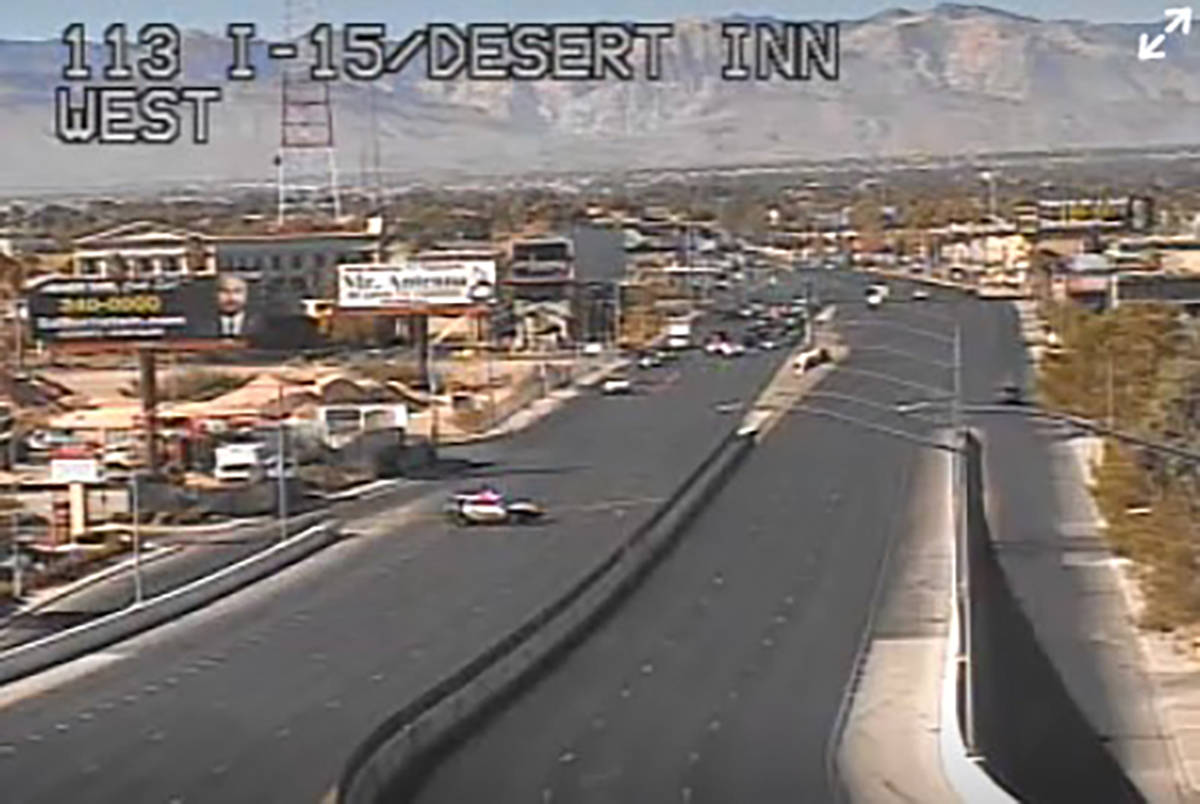 Desert Inn Road between Valley View Boulevard and Paradise Road was closed in all directions on Nov. 16, 2020. (RTC Fast camera)

A man who slipped out of handcuffs and was struck by a vehicle last week in Las Vegas died Thursday, police said.

The man was initially arrested Nov. 16 after a hit-and-run crash reported at 8:47 a.m. near Valley View Boulevard and Desert Inn Road, according to a statement from the Metropolitan Police Department.

“During the investigation, the suspect was able to get out of his handcuffs and fled across traffic lanes where he was struck by a vehicle,” police said at the time.

The man was taken to Sunrise Hospital and Medical Center where he died Thursday, police said.

His identity and cause and manner of death will be released by the Clark County coroner’s office pending notification of kin.