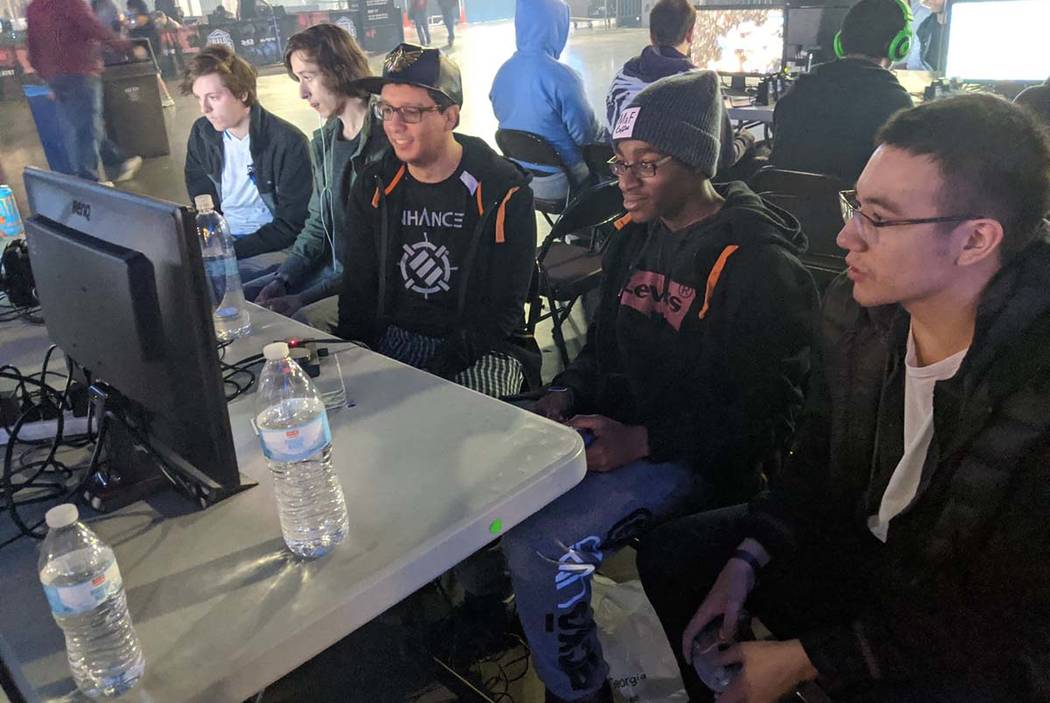 Nyrel Bruno finished in the top 100 in the Super Smash Bros. Ultimate tournament at DreamHack in Atlanta. (Photo courtesy of Milo Ocampo)

Ocampo’s foray into esports began as a middle schooler.

“Back then, esports wasn’t a thing,” Ocampo said. “So, the name of our club was the Cyber Sports club and we thought that was cool. We ran (our own) Super Smash Brothers Melee tournaments once a week after school and 80 kids would show up.”

Ocampo ran tournaments with his brother, and, though they had fun, they had one primary goal in mind.

“My brother and I thought we could make money,” Ocampo said. “After each tournament, we’d make about $20, which is a lot of money to a middle schooler. That came full circle, because when you’re in college, 20 bucks is still a lot of money.”

In 2012, Ocampo, along with three others, decided to form 8-bit Esports. It was then, they decided the direction the organization would take form then on.

“There was a pivotal meeting seven years ago where my brother sat us down,” Ocampo said. “He said something profound. He said I can’t pay you right now, what I can give you is experience and exposure. So, what do you really want out of esports?”

For Ocampo, the answer was simple.

The 2019-20 school year was the first that the team received funding to travel to tournaments. Ocampo knew his Super Smash Bros. players were among his most active and he wanted to give them a taste of a big tournament outside of Nevada. He found the perfect choice.

“My only expectation for the team was for them to get comfortable in that environment,” Ocampo said. “For many of them, this was their first time traveling for the sole purpose of competing. I told them, don’t treat this as life or death. This is your baseline and the next time we travel, let’s do better.”

The tournament had 640 entrants from around the world and the Rebels had several solid finishes.

“I wanted to go out and have fun,” Bruno said. “I didn’t expect to place as well as I did. I had never been to a major tournament outside of Las Vegas.”

Bruno, a sophomore who played Pacman, began playing competitively in 2014.

“You have to switch out of your habits as a casual player,” Bruno said. “When you’re playing with friends, you’re not really worried about am I doing things that aren’t safe or is this bad for me in the long run? When you’re a competitive player, you have to optimize your play style and you’re focused on what you’re doing that is right and wrong.”

He took the tournament as a chance take his game to the next level.

“I learned things I had never seen before,” Bruno said.

Senior Aaron Escobedo hasn’t had the time he’d like to commit to playing Smash lately because of his classes, but Escobedo, who plays the character Wolf, took away a lot from his DreamHack experience.

“I learned a lot,” he said. “Going to big national tournaments is important no matter what sport you do. You put pressure on yourself and it creates an environment that helps you get better.”

Escobedo, who is graduating this winter, said he expects to devote more time to training.

“(Wolf’s) style fits a very read-heavy play, which is what I like to do,” Escobedo said. “I look at what my opponent is doing and try to make good guesses as to what they’ll do next. Wolf is a character that rewards that type of play.”

The new Wildfire casino on Fremont Street just south of Charleston Boulevard is expected to span more than 21,000 square feet.