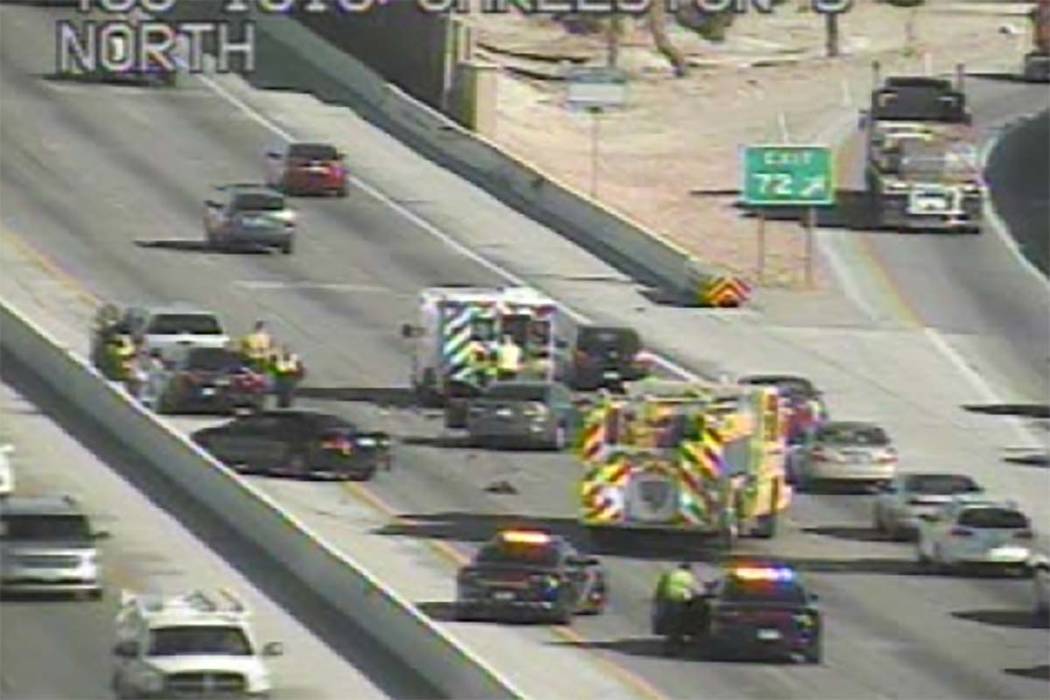 Traffic was flowing Monday morning following a crash that closed the left lanes of northbound U.S. Highway 95 at Charleston Boulevard.

Multiple vehicles appeared to be involved in the crash, which was reported about 8:45 a.m. by the Regional Transportation Commission. The lanes were reopened by about 10:30 a.m., according to live traffic cameras.

No other details were available. Calls to the Nevada Highway Patrol were not returned Friday morning.